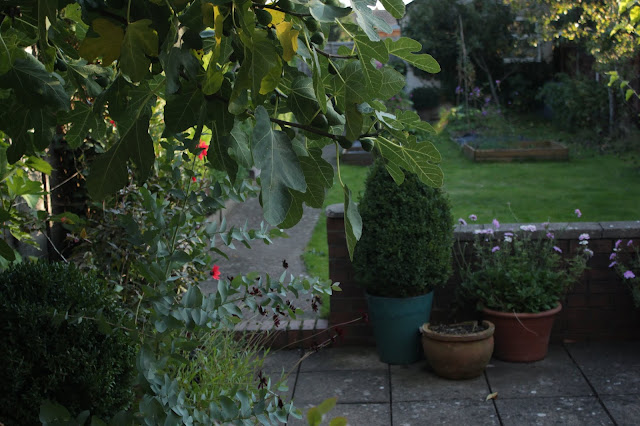 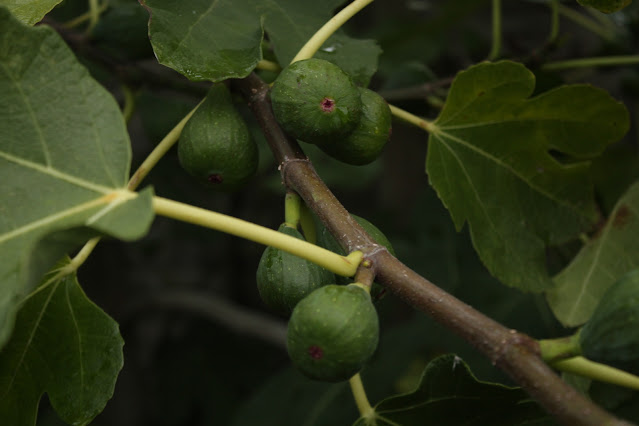 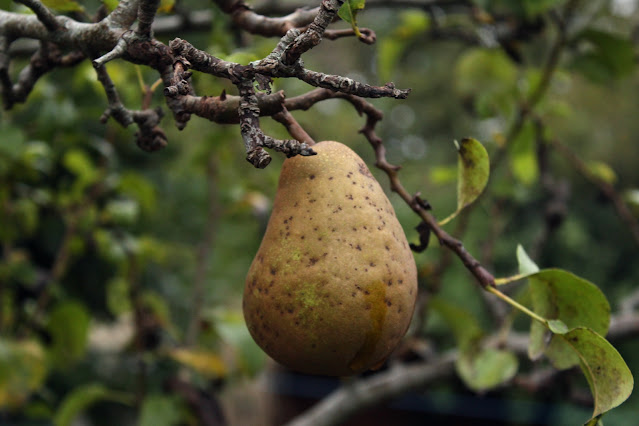 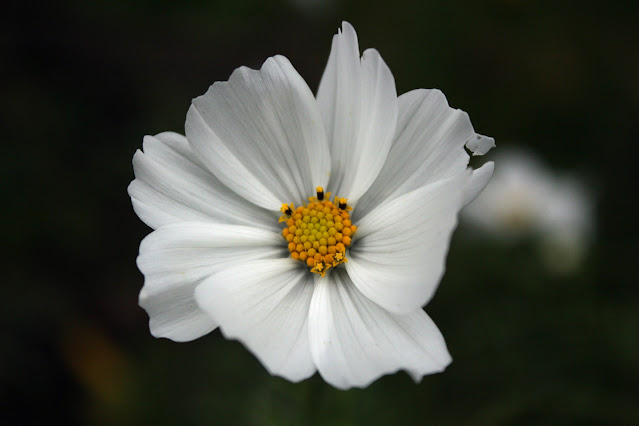 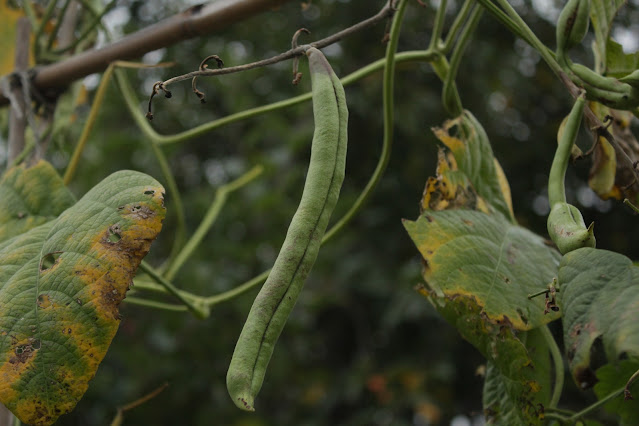 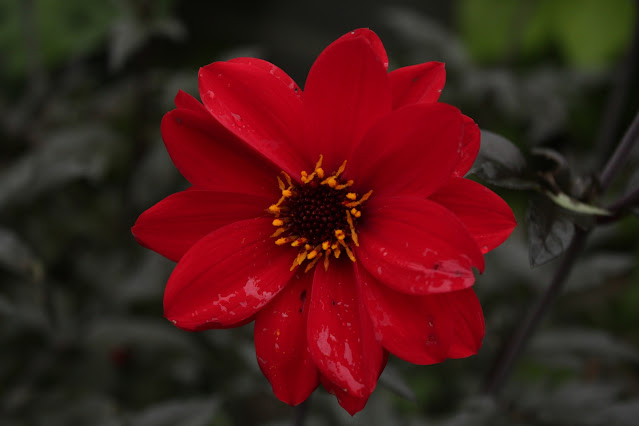 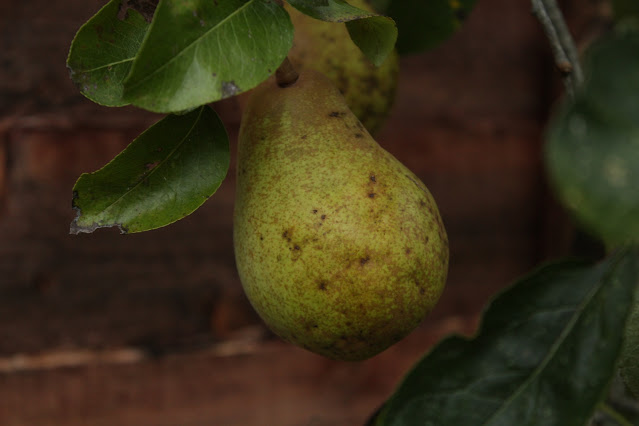 Fruit and flowers hanging on in the garden, along with some beans which might or might not get big enough to save and sow next year.
At this time of year I am ready to put it all away and head indoors to curl up on the sofa with a good book. I usually watch half an hour of television at the end of the evening, currently Scandal, which is a bit mad, but entertaining enough. Like a rather over the top version of West Wing. I would prefer to read to be honest, as I don't really have any time during the day for it, but I am going with the flow and as I say, it's not bad, although I imagine it might get a bit wearing after a while. I watched Blacklist a while back, in which no-one ever knew the truth, and all they ever banged on about was wanting to know the truth, the actual true truth, and you just knew that it would absolutely never be revealed. So I still do not know, although I know some of the truth and it wasn't much to right home about to be honest. Probably better in the anticipation. Any television you might recommend? Nothing with gangsters though, can't be doing with that.
The dog is snoring softly as I write this. He had a bit of a shock on his walk this morning when three very lively German Shepherds chased him around. They were having fun and playing, he was more of the opinion that he was running for his life. He ended up being sort of herded down a tight lane past a Staffordshire bull terrier and mastiff that we know. Absolutely the sweetest dogs, but Bertie is generally a bit terrified of them. This morning he shot past at warp speed with the tiniest squeak, as if to say, 'What next???' Suffice to say we made it home for breakfast in record time.
Posted by CJ at 21:12