Still waiting for a hedgehog 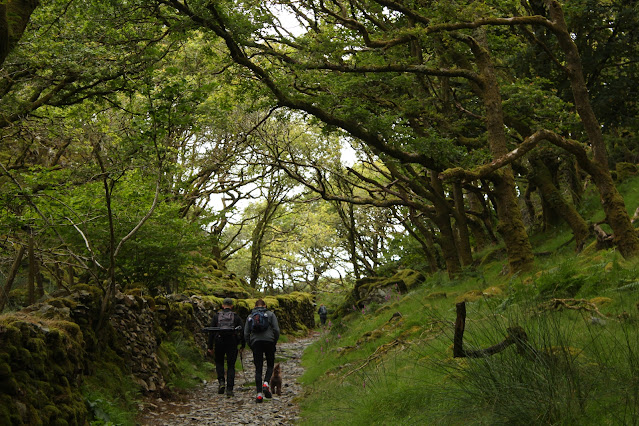 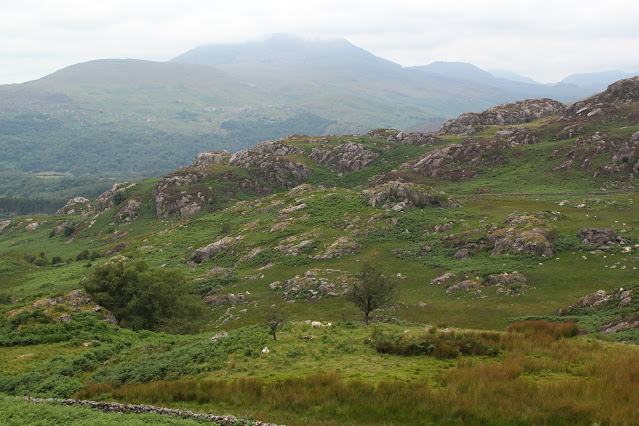 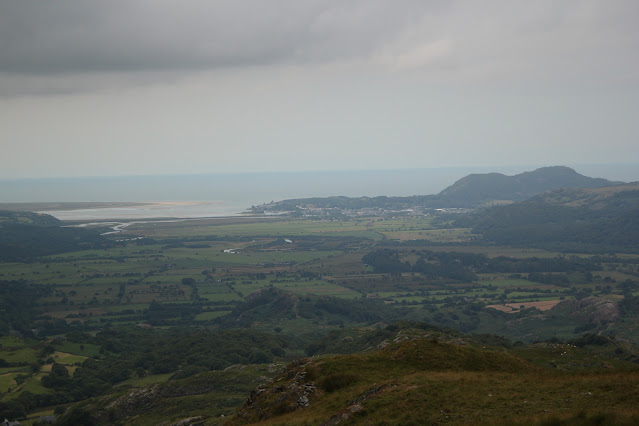 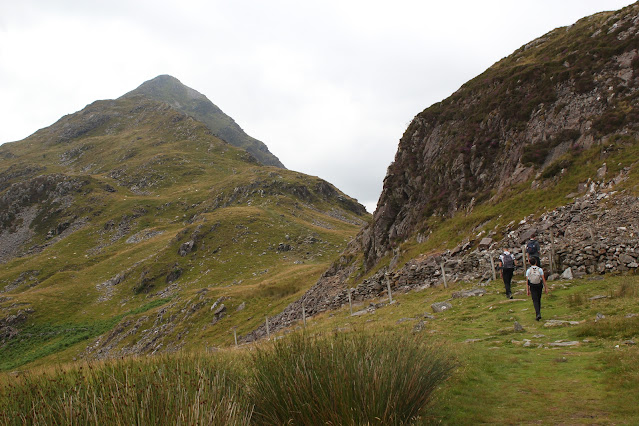 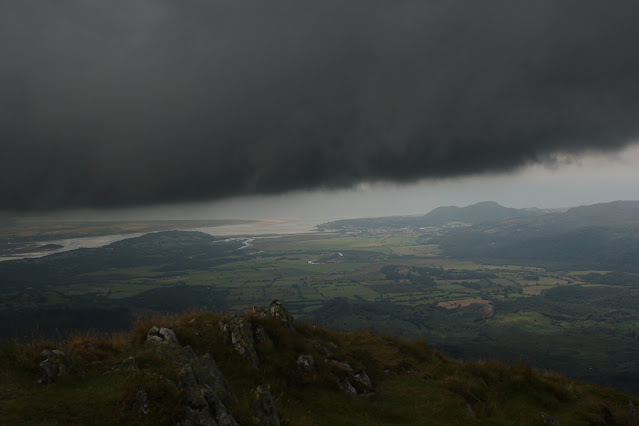 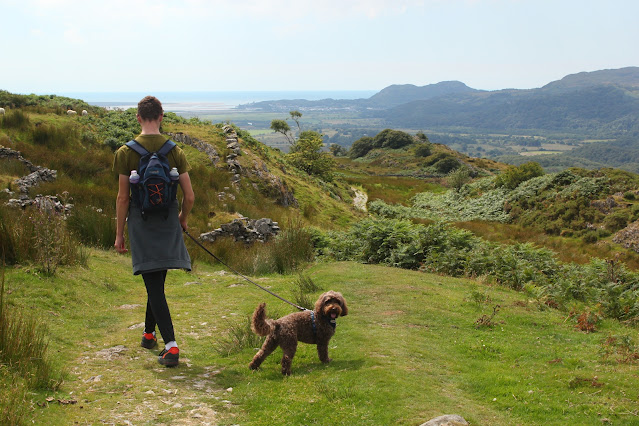 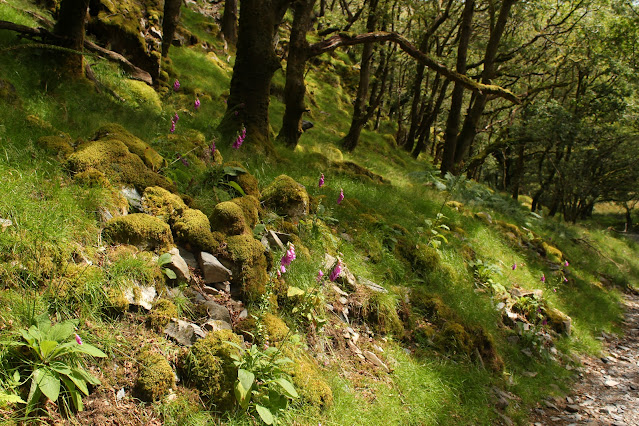 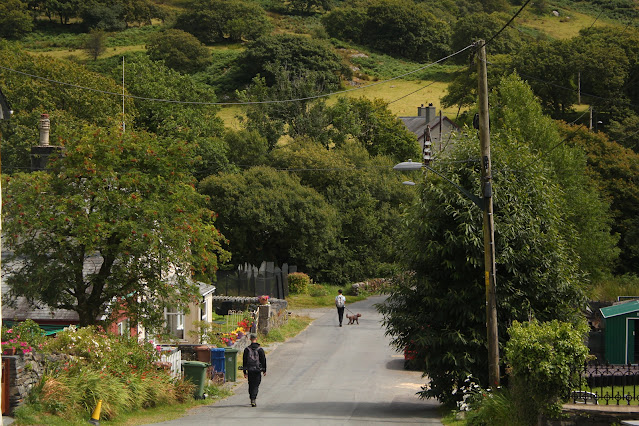 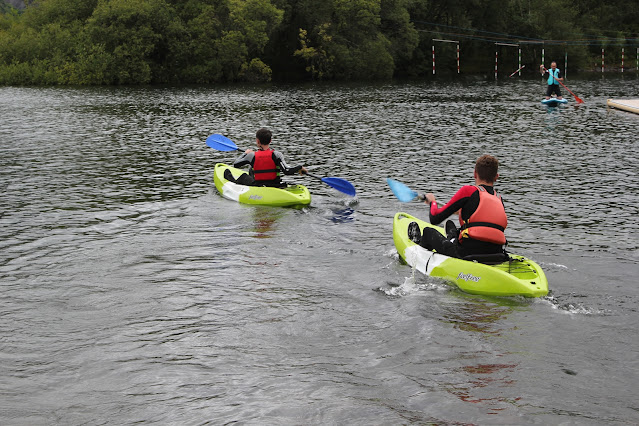 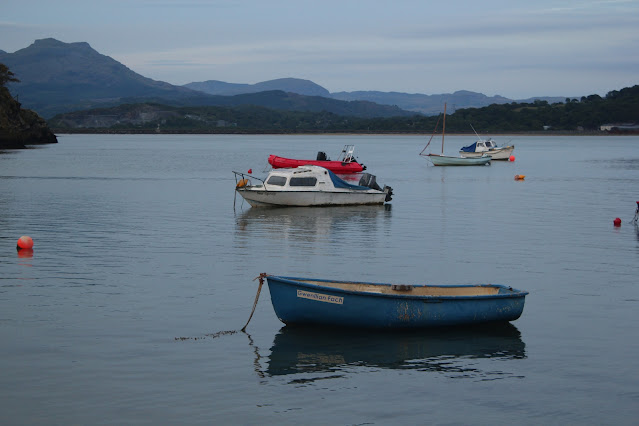 More holiday snaps, if you can stand it. I remember when I was little you'd come back from holiday and invite the neighbours round for the evening to share your holiday photos, often via a projector. There was usually wine and people got a bit pink and giggly, even if it was only the Isle of Wight.
The dog and I climbed half a mountain, then I decided that the rest of it would be far too difficult for him (lots of big jagged boulders) so we sat on a tussock to wait for the urchins to return. To be fair, it was a beast of a climb, and everyone said the dog wouldn't have managed it. Some people said I wouldn't have managed it too, but of course I would, I was just thinking of the dog.
I ate all of my sandwiches and said hello to the other walkers who went past on their way up. An eight year old girl and a three year old boy included. A young couple came past, him striding out, being all leader-of-the-expedition, her trailing slightly and interrogating me quite hard about how far I felt it was to the top. I said I hadn't been and I wasn't going, I was sitting and waiting and enjoying the view. She said longingly that that sounded like an excellent idea. He laughed loudly and on they went.
Apparently the biggest boy told the other two several times that they were almost at the top. It was one of those mountains that looks like you're almost there, but you're not. But they did it, and managed not to fall out. I've noticed that when the chips are down, they do manage not to be too dreadful to each other. Unlike other times, for example, when they are all in the (small) kitchen together trying to make lunch and cricket teas all at the same time. Oh my, did that turn ugly. I found a falafel stuffed inside the oven glove afterwards. Least said about it all the better.
At home, my wildlife encouragement plans hit a slight snag when a rat wandered into the kitchen. You may recall we have already had a cat strolling round the living room, bold as brass. The middle boy and I were eating breakfast in blissful peace and quiet when there was a mad scrabbling in the kitchen from the dog. He had the rat cornered behind the bin. The middle boy escorted the dog away and I shut the rat in the kitchen temporarily while I scoured the house for things to block the escape route. It was fairly easy to shoo it back outside, where I think it is probably living under next door's decking. This is the mouse-poisoner and herbicide fanatic, so I fear things may not look good for the rat if he is discovered. The dog is rather pleased to have been upgraded from purely decorative to chief rat warden. All of a sudden he is a working dog! And we all know they have special food.
It's the first rat I've ever seen since living here, more than ten years now, and the day before I saw the first squirrel I've ever seen in the garden. I wonder if things are being dislodged by the drought. Did I ever tell you about the squirrel on the wires at the front of the house? It was tightrope walking all along the street. At first glance it was intriguing, so I notified the littlest boy, who adores all animals. After a while it became obvious that the poor thing couldn't get down though, and it was all horribly dangerous and after about half an hour I was really wishing I'd never pointed it out. In the end it did manage to get all the way up to the end of the street and round the corner, where the wires slope down to the ground, so we convinced ourselves that there was happy ending.
I must just say thank you for all of your brilliant suggestions for entertaining older urchins over the summer. I particularly liked Jo's tip of making a list of things everyone wants to do at the start. I am definitely guilty of thinking that we'll get dozens of trips in and then realising the whole six weeks has flown by and we've barely done anything.
Right now I am waiting for cooler weather and fingers crossed some heavy rain, as no doubt lots of you are too. The children have been playing cricket all weekend, which seems like madness. As I type this, a few clouds are gathering in the sky though, so I am eternally hopeful.
Posted by CJ at 16:39 11 comments:

Email ThisBlogThis!Share to TwitterShare to FacebookShare to Pinterest
Labels: Allotment and garden, Wildlife 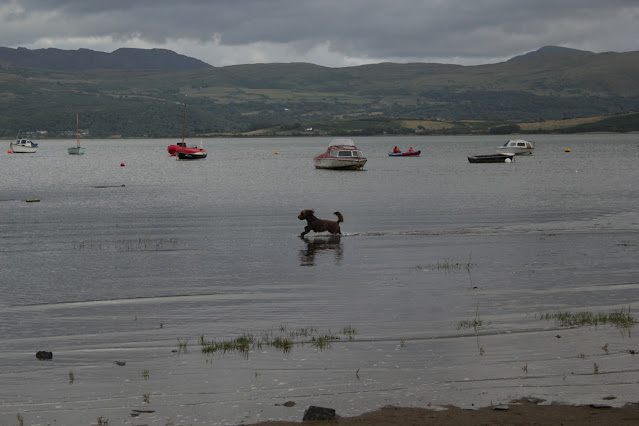 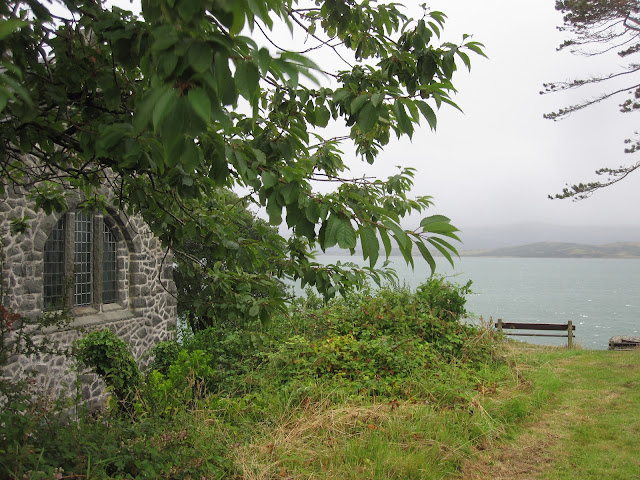 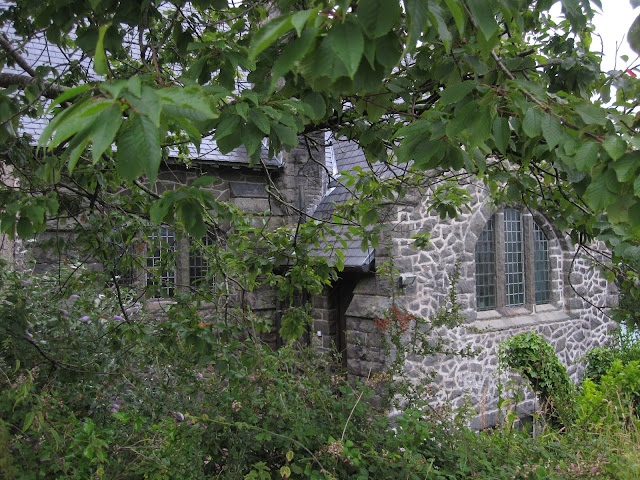 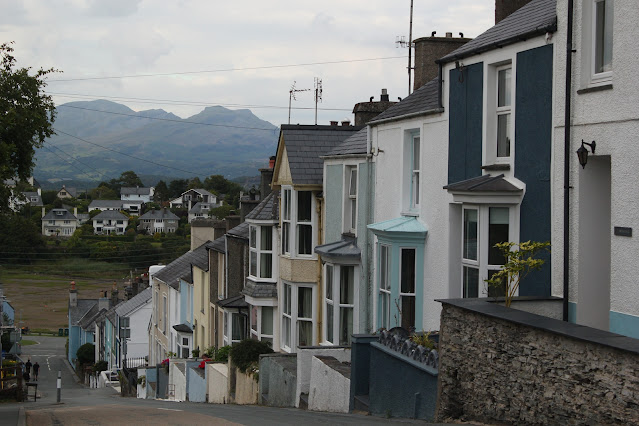 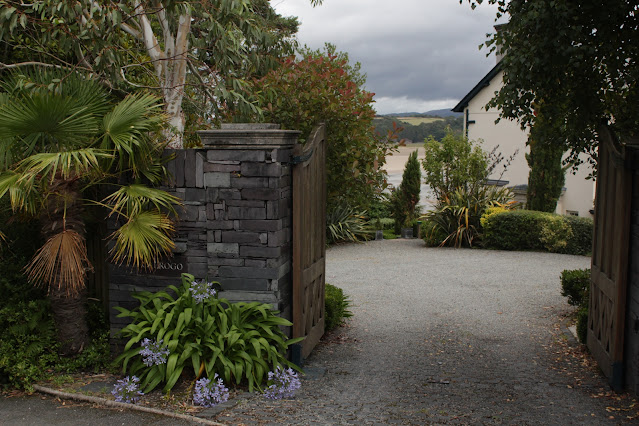 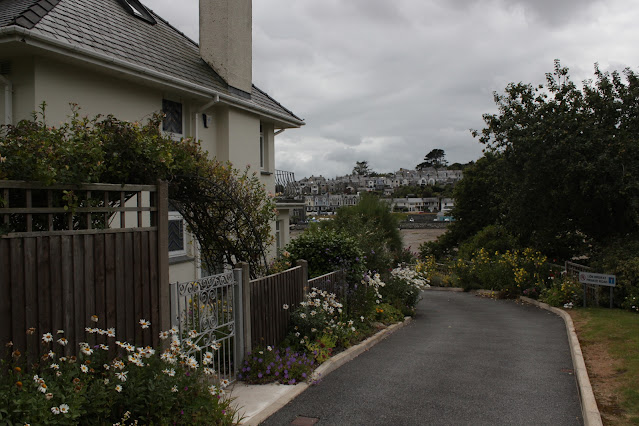 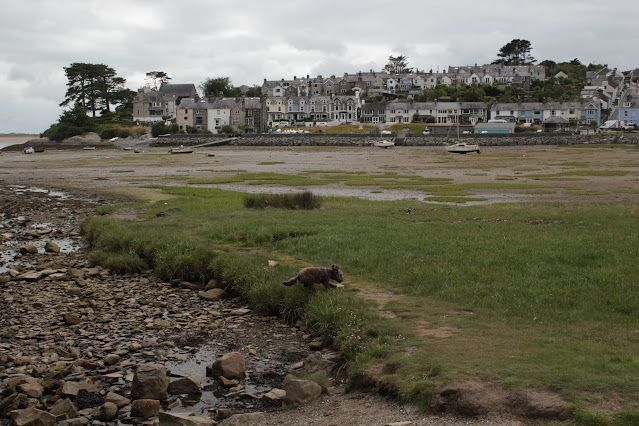 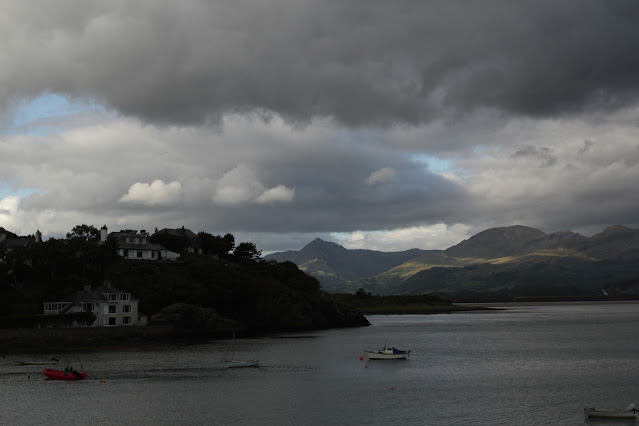 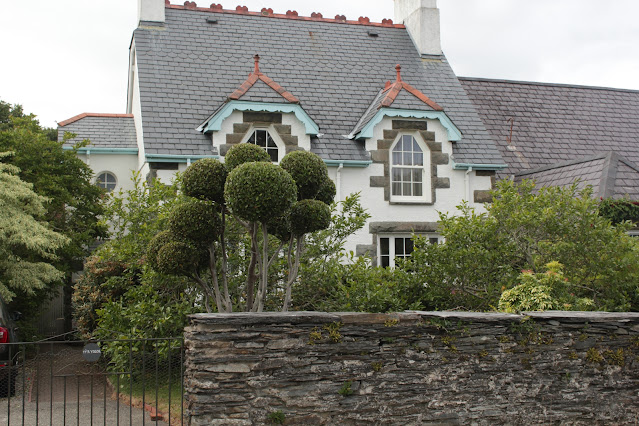 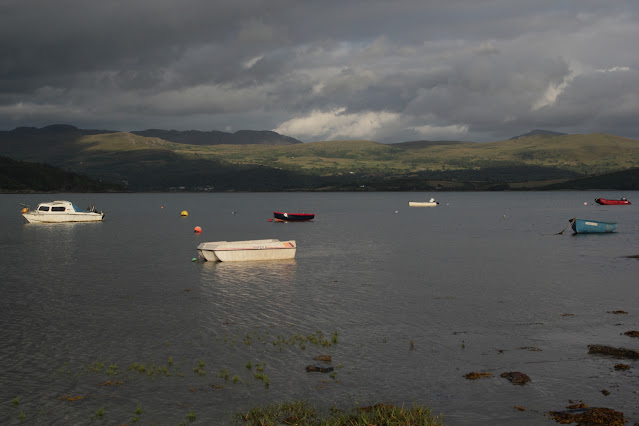 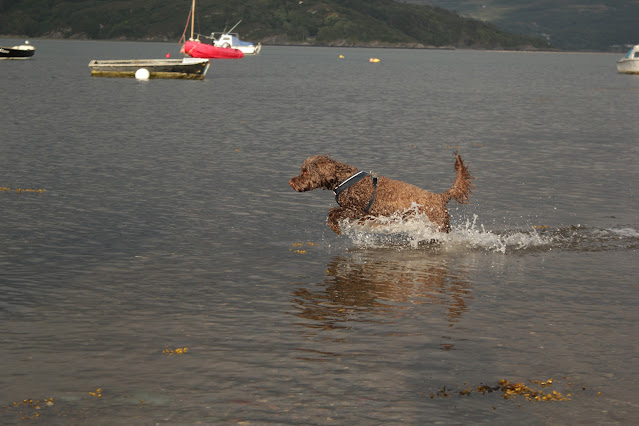 We loaded up the dog and headed up the road to Wales last week. It was beautiful there as ever. There was even some rain. Glorious. There were ferns tucked into slate walls, sea ducks out on the estuary, mountains topped with clouds, mullet feeding in the bay in the evening, mist on the lakes in the early mornings and sheep and rabbits all over the shop.
The eldest boy likes to climb mountains at sunrise and sunset, while the littlest boy likes to dig holes in sand and jump into the sea. The middle boy is easy going and likes all of it, and coffee and good food and funny conversations. Well, okay, maybe he's not a huge fan of digging holes, but he did shin up a mountain and swim in the sea. I climbed up half a mountain and looked at the sea.
In the evening they played football together and I read my book and lightly policed it when it threatened to turn bickery. It was all rather blissful. And now we're back home and the garden is of course parched and the work has piled up. Not complaining though, not at all, it's all good. Well, not the climate change obviously, but I am putting out water for wildlife and doing what I can to be part of the solution etc. etc.
I need to up my game and entertain the urchins a bit I think. It's very easy to think, oh, I'll work this week and do something next week, and then the weeks slip by and I realise I haven't done anything. The littlest boy has a new-to-him bike which he is loving, so we did do a bike ride today. It's hard to think of things that teenagers would all like to do together though. With their mother in tow. That doesn't involve me handing out wads of cash. Ideas gratefully received.
How are things at your end? Back soon with the sorry tale of my garden bench, which I was going to tell you this time, but I couldn't bring myself to quite yet, it needs to settle a bit first. CJ xx
Posted by CJ at 21:41 14 comments: