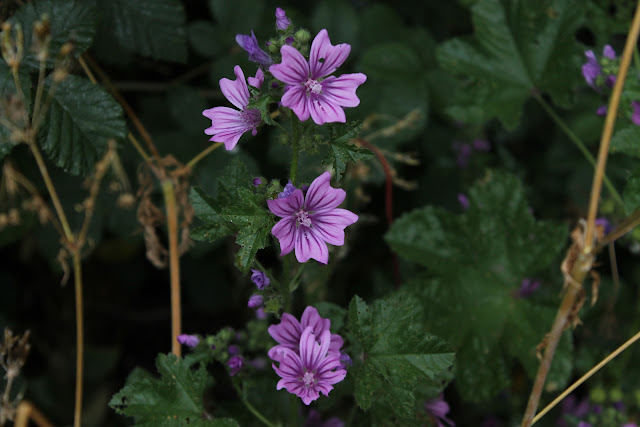 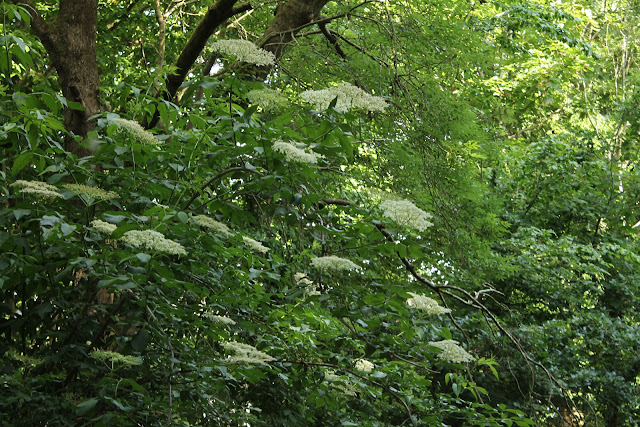 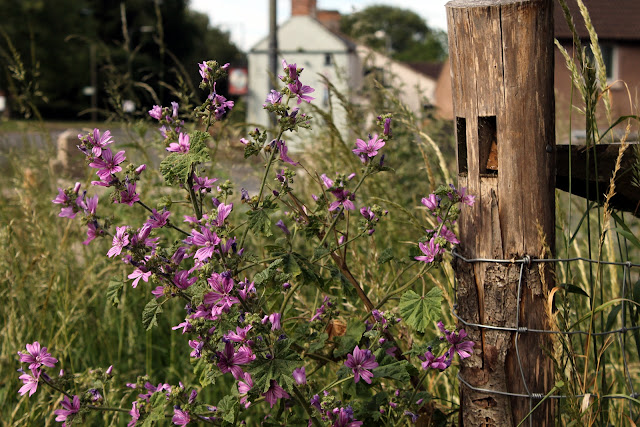 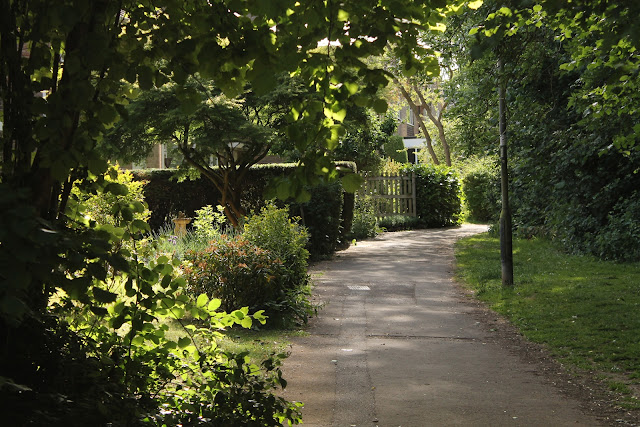 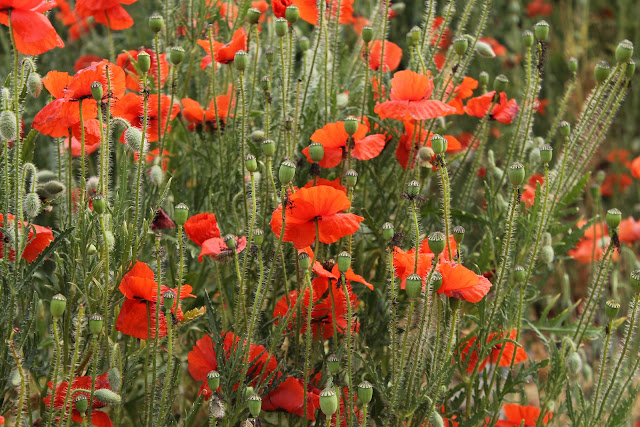 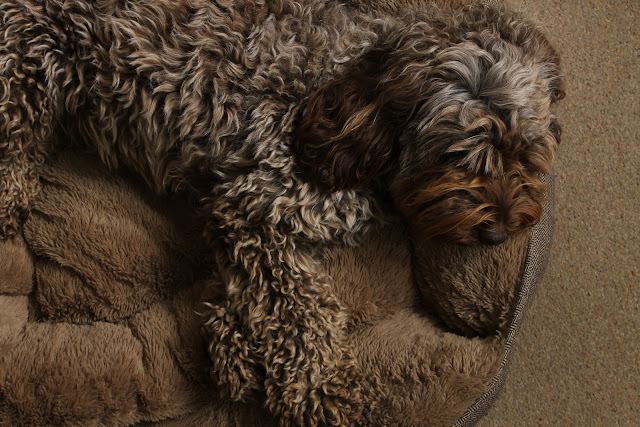 The dog finally had a lovely haircut. He had pretty much turned into a sheep. Now he is all slim and streamlined and can run like the wind again without being blinded by his moustache blowing up in his face. Above is a 'before' shot.

There is no other news, none at all. I am feeling a bit flat. Can anyone relate? I don't know why really, there's nothing particular I can put my finger on. It's not as if I'm normally zipping off to a lively office and living in a social whirl. I think maybe it's the slower pace of things. I always do much better under pressure, when there's not enough time. Ridiculous isn't it. Now I have time to do everything I've gone all sluggish and I can't really be bothered.

The littlest boy did his music homework this morning while I was working. It involved a lot of fancy tapping on an empty baked bean tin. It went on and on and on. It was a bit like a steel drum and almost put me in mind of the Caribbean. After about two hours I put my head round my laptop and said, 'CAN YOU NOT FIND SOME SENSIBLE HOMEWORK??? MATHS OR ENGLISH OR SCIENCE OR FRENCH OR HUMANITIES.' He is cherry-picking. This morning was PE (which seemed to involve watching videos), coding a computer game and incessant tapping of the bean tin. Where are the quadratic equations and future pluperfect verbs?

I have made him show everyone else in the house at length what he'd learned so that they could share the joy. He made me learn the routine as well, except that I wasn't allowed to hold the bean tin, I had to pretend. It wasn't quite the same to be honest.

There's been quite a lot of piano playing as well, which I'm sure the neighbours are enjoying. The piano is really out of tune, but I'm not sure I want to fork out and have it tuned only to have it sit there untouched for ages. The biggest boy is teaching himself, I'm quite impressed. And also feeling a bit guilty that I never gave him the opportunity to have lessons. Ironically, the other two did have lessons but didn't hugely enjoy practice, while the biggest boy probably would have done. Can't get it all right though, eh? Although I wouldn't mind nailing the odd thing. Maybe one day. 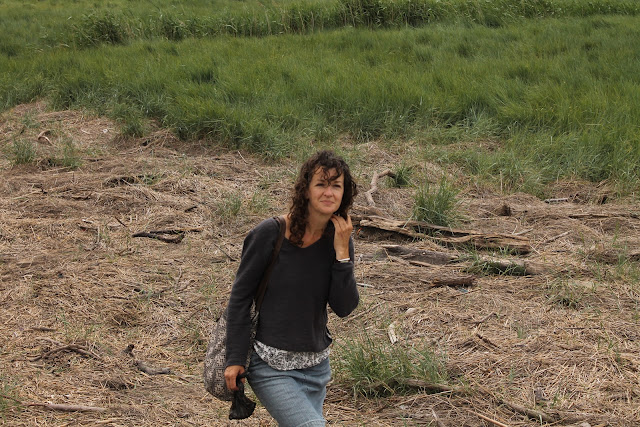 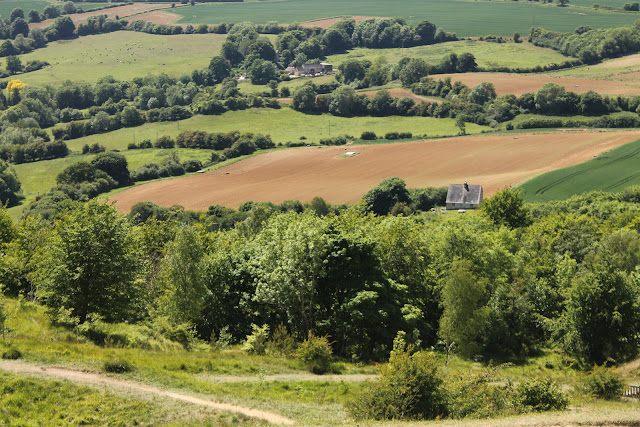 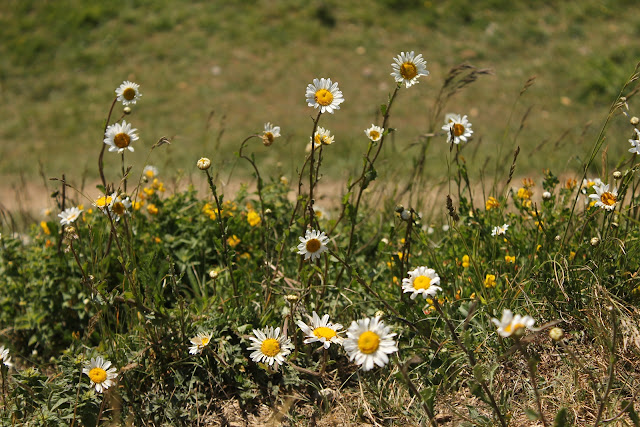 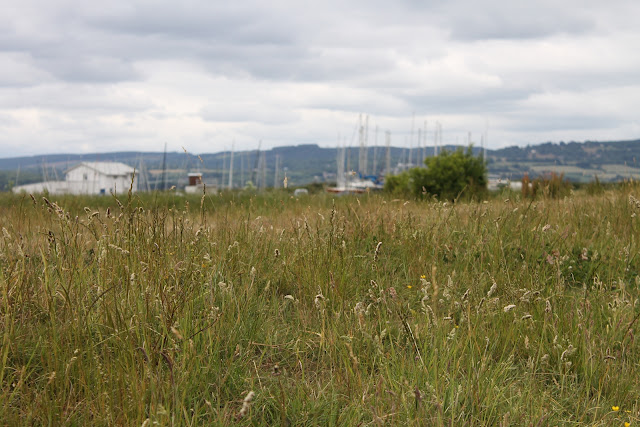 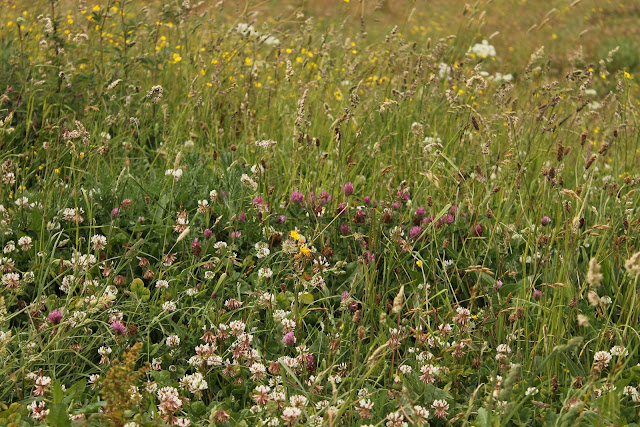 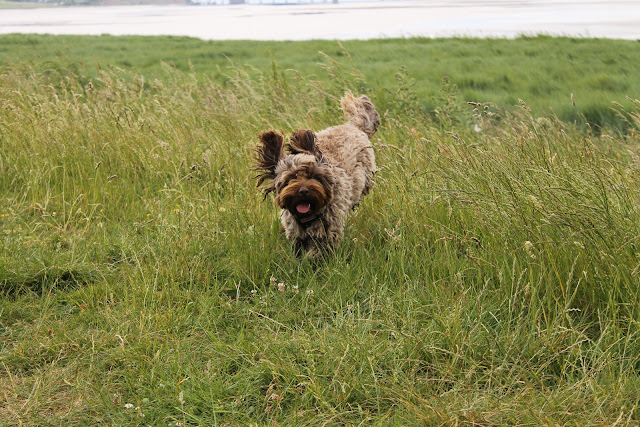 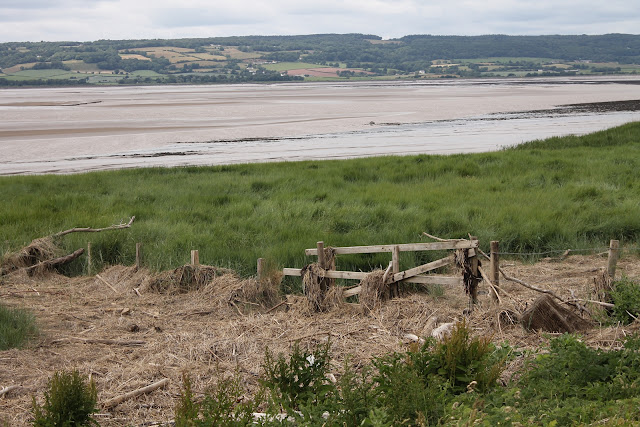 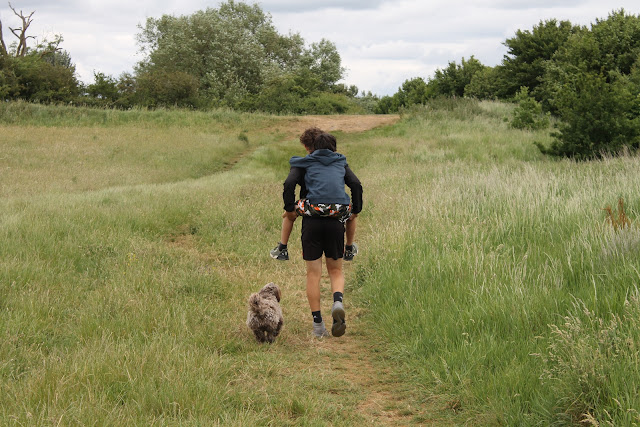 Oh look, a photo of me. When I started blogging I think I thought there would be lots of photos of me, but of course there never are because I am the one holding the camera. But on a dog walk by the river someone else held the camera (I was glamorously holding a poop bag of poop) and they snapped this, which was nice. Just so that they know I was there, you know.

The littlest boy had a birthday, which he loved, lockdown or no lockdown, there were still presents and ice-cream cake and a watermelon, which he begged me for. We are still working our way through it, they're quite sizeable aren't they?

We have pretty much done everything there is to do now, except play Monopoly, which is simply far too dangerous to be undertaken in the pressure-cooker environment of a semi-lockdown. Scrabble had its moment in the sun, but after initial hilarity (is hamteeny a word?) even that turned ugly. Some people felt that the whole point was TO WIN AT ANY COST and that it was a 'to the death' sort of a thing. I steered us on to Bird Bingo afterwards which has far less scope for violence and is beautifully illustrated.

If you have any suggestions for entertaining medium-sized boys, I would be glad to know them. The littlest boy made about 500 paper aeroplanes the other day and is thinking about getting a drone now, but again I fear that it may result in bodily harm or at the very least traumatise the dog. All I really want is some peace and quiet. Just two minutes would do.
Posted by CJ at 20:58 18 comments: 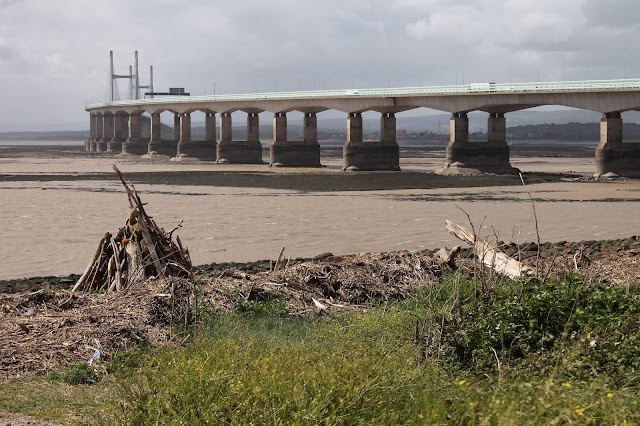 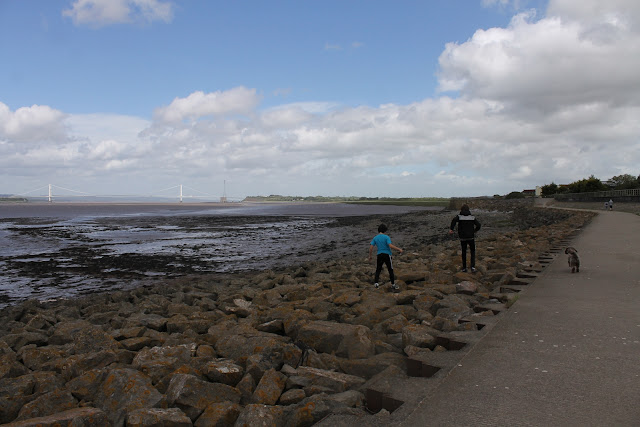 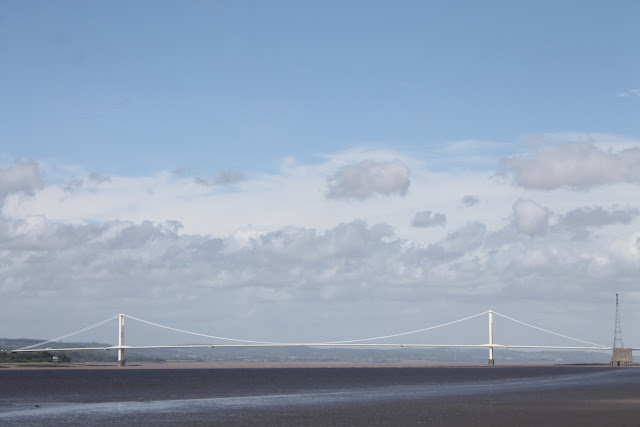 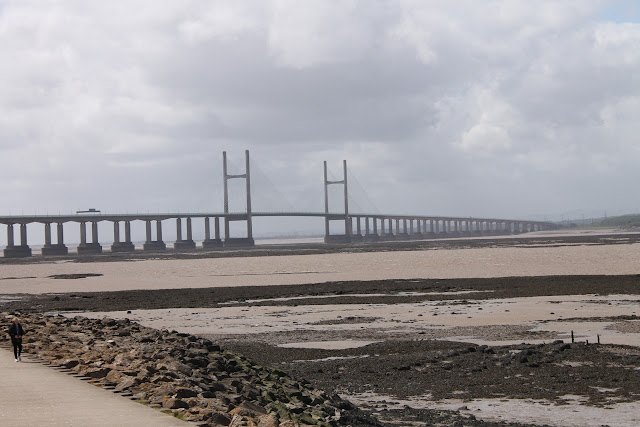 Here at Above the River Towers time is expanding and contracting in strange ways. Some of us are busy (that would be me) and some of us have whole long days stretching out emptily in front of us for months ahead.

It's a curious combination. I forget sometimes how it must feel for the urchins to wake up each day and wonder what they might do for the next 14 hours or so. Then I whiz round doing all the things, and getting grumpy because there's not enough time. Then I slow down and do things with them, then I realise I am all behind. I have less time than before, they have all the time in the world. I am not complaining, just adjusting.

There has been a little baking and making and I even climbed a tree a couple of evenings ago on another golden, sunny dog walk. The littlest boy goaded me into it. I did really well getting up there, but then I was stuck and I couldn't get down. In the end I fell out. Of course I did, you knew I was going to say that before I even got the words out. No harm done though. Well, reputational harm only and to be fair that was always shaky.

As well as falling out of a tree, I also cracked the screen on my phone. It was balanced on top of the sultana jar, charging, and it fell down about 7 inches and broke. I was idly surfing the internet to see what should be done about such a thing, when I discovered that in fact it is very cool amongst the Young People (millennials and suchlike) to have a damaged screen. It tells the world that your life is all excitement and action. So you will see me now, moving smoothly round Aldi, brandishing my cracked phone, with the devil-may-care coolness born from knowing that, yes, I am the sort of dangerous person who balances expensive gadgets on the top of sultana jars without a thought for the risk.