Where are the wild raspberries? 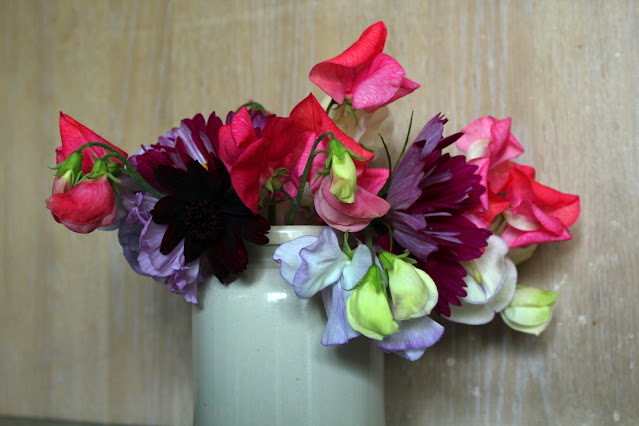 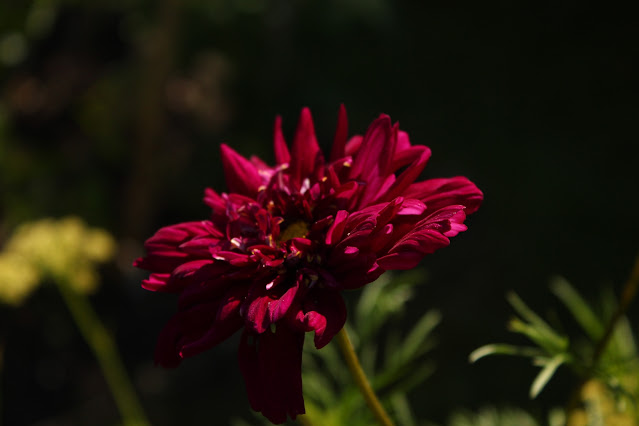 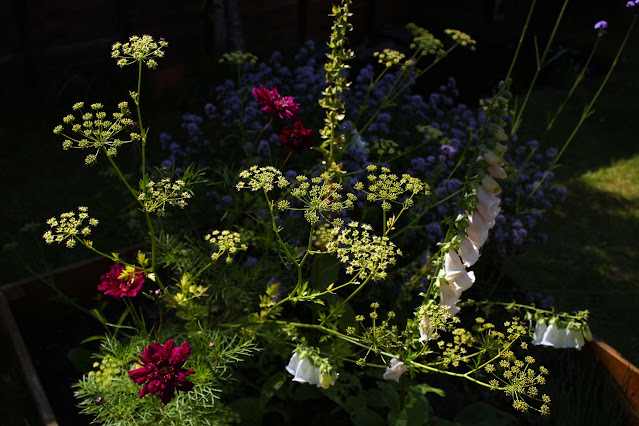 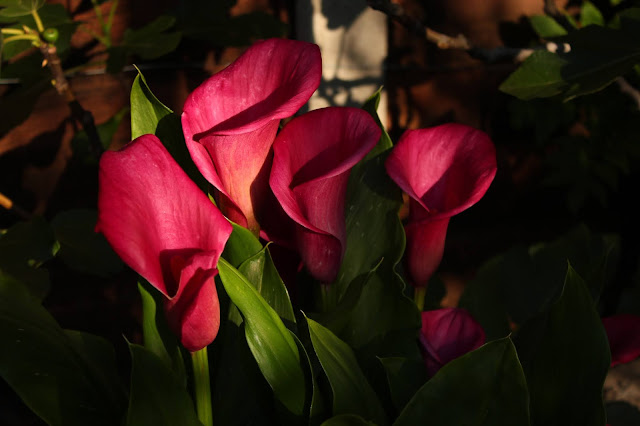 I have a burning question. Where are all the wild raspberries? I keep hearing people talk about picking them but they just don't seem to exist around here. And blackberries simply aren't in the same league.

The garden raspberries are lovely, but there aren't many of them. Just enough for me :) The strawberries are thin on the ground as well. I shall pull out the plants and replace them this year. I am micro-gardening in short bursts of time whenever I can, just to stop it all going rogue.

The pond is lovely, I quite often stand and watch the newts swimming up to the surface and the waterlily is happy after spending last year under a carpet of duck weed. There have been more birds than ever in the garden this year, enjoying the blueberries and drinking from the pond. Every garden should have a pond I think, it's such a necessity for wildlife.

I've been enjoying the wildflower verges that have popped up this year. There's a tiny patch of grass I go past on my evening dog walk, nothing special at all, surrounded by the concrete of suburbia, but I have become quite obsessed with counting the number of flower species just in this little three metre square patch. Nine or ten at least I think.

Otherwise, I am trying to stay sane during the sensory bombardment that is the littlest boy when he doesn't have school. Which is basically constant demands for screentime and food. I am starting to despair. Has it really only been four days?

Fortunately he does make me laugh though. He is prone to spectacular nosebleeds, and came home with a shirt needing to be washed last week. I shoved it in the machine on its own before things set, and we stood there watching it go round and round. It puffed up and the water was all bubbly and it was somehow calm and restful and lovely. (You will recall I don't get out much). I said, 'It's very satisfying watching a machine do all the work.' The littlest boy said, 'It's very satisfying, watching a mother do all the work.' As I say, I laughed, but I fear there is rather too much truth in that.

I hope you are enjoying the summer at your end, if indeed it is summer at your end. The hot weather was a bit hot for me, my energy levels dip, which I don't much like. But otherwise the summer is just glorious. I love looking at everyone's gardens on my dog walking rounds. And I love the light evenings and also the sound of rain on all that foliage.

I treated myself to a steamer chair for the garden, which I've wanted for ages, the other day. It needs assembling though (eugh) and I haven't had time to do it yet. When I imagine I'll ever have time to loll about on a steamer chair reading a book I don't know, but it was a nice idea. It was an Aldi special offer, for which I went there at 8 o'clock in the morning. The children were incredulous. 'Are you actually???' Yes, I was. I did a work-out first by way of a warm up in case it got lively. In the end it was all most civilised and a nice man who had two in his trolley even offered to give me a hand getting mine in. They were selling like hot cakes though, so just as well I went at 8. When I finally assemble it, I shall not allow anyone else to lie on it. It has a cream cushion. It will be just me. All alone with my raspberries. Happy sigh. I shall let you know how it goes.