Trotting past at speed 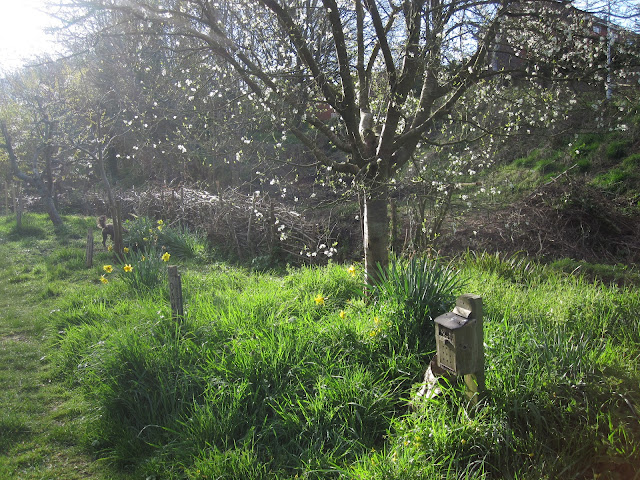 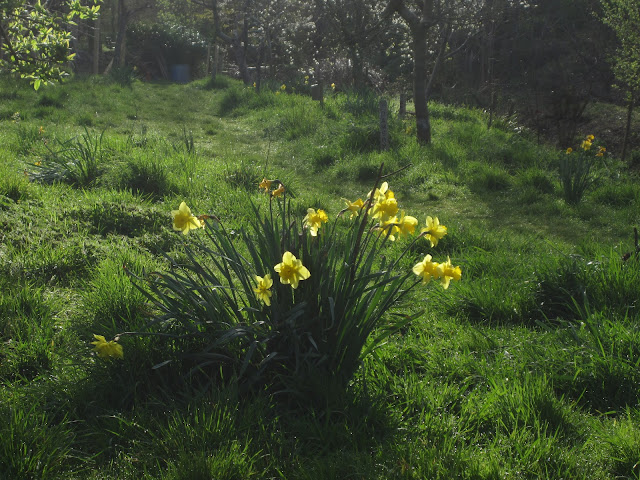 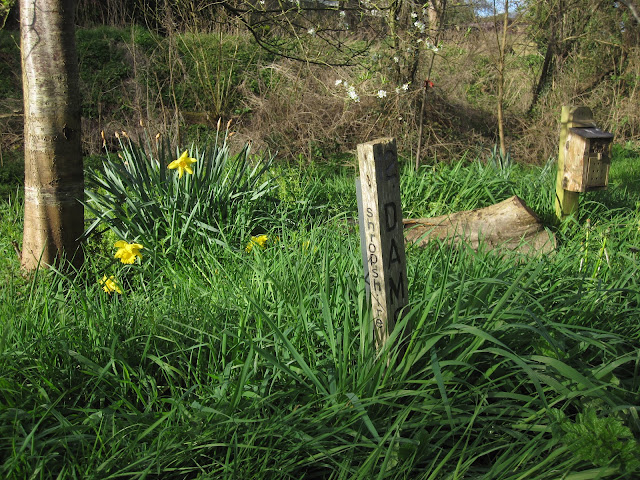 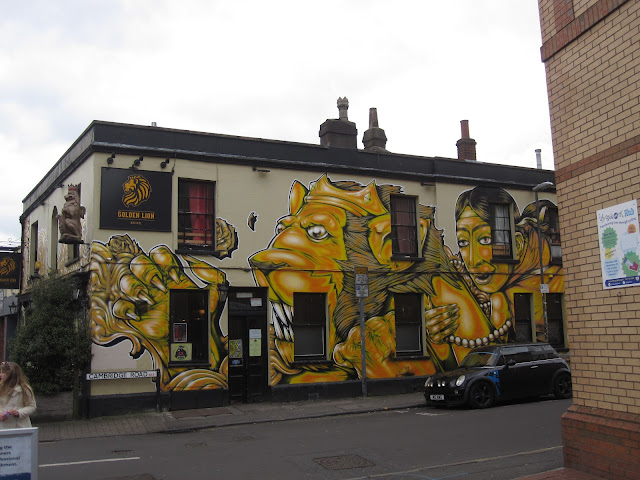 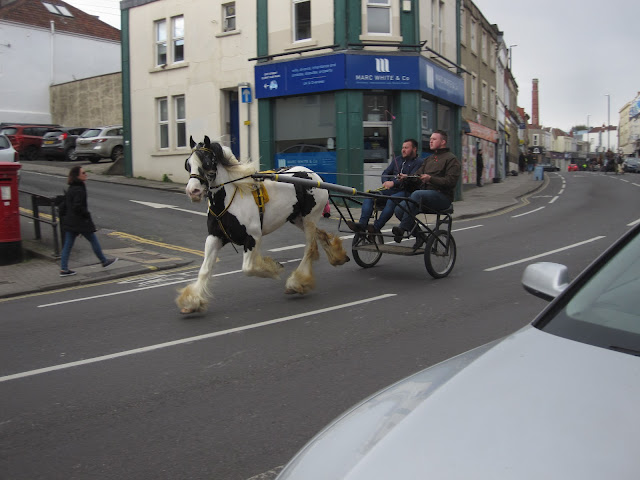 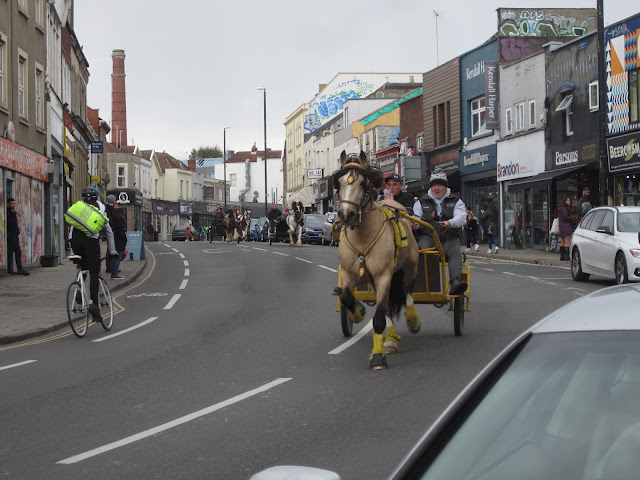 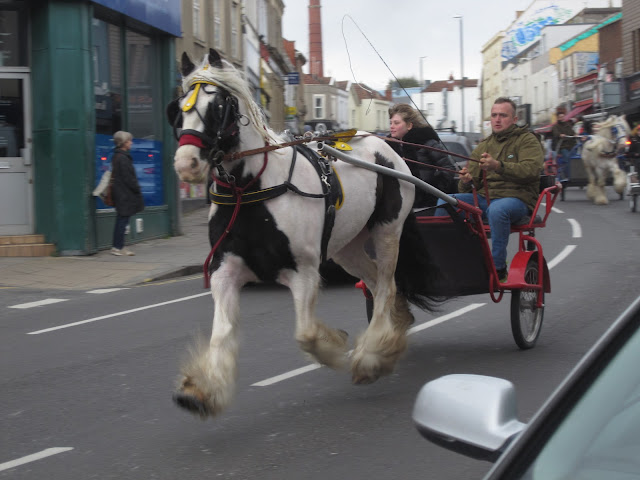 Isn't it all springlike and delicious out there at the moment? Birds busy nesting all over the shop, wall-to-wall blossom, big fat queen bumble bees, tadpoles getting chunkier by the day and green bursting out all over. I've spent most of Easter working away at the laptop, with the odd foray into the garden to sit in the sun for five minutes and drink a coffee. The dog comes and sits on the back step with me and we lean against each other and turn up our faces into the sun.

Hopefully I'll have a couple of half-days to do things with urchins this week, although it won't be terribly exciting and slightly chore-based. If  I throw in a slice of cake the youngest will come along quite happily though.

I gave the eldest a lift somewhere the other day and, tired of his music blaring out in a wall of noise, I asked if he didn't have a motivational podcast we could listen to instead. Goodness me, he put something on that was beyond shouty, all sort of, 'Get your f*** arse up off of your m***f***ing couch and GET THE F*** OUT THERE AND DO IT.' I was totally swept up in it and shot past the turning I needed and nearly put my fist through the ceiling in a Hell Yeah. I listen to much calmer podcasts and it's clearly where I'm going wrong. I need someone yelling stuff at me, being that I fear I am fundamentally lazy. I can't remember the chap's name, I must ask the eldest.

There is hardly any news at all here, which is a good thing, all things considered. The treasure of the normal day and all that. My heart aches for the people of Ukraine and the unending horrors. How does such evil get such power? I think about it constantly, the contrast of the beautiful spring we are having with birdsong and blossom, against the unimaginable hell.

The littlest boy and I made a foray to the zero waste shop in Bristol the other day and saw loads of horses and carts trotting by really fast. It was quite a sight. A lot more eco-friendly than the car. No room for a pony here sadly. We did see a really nice pig at the garden centre the other day that we could have fitted in though. We are a complete sucker for animals, honestly, if it was down to us we would have everything. He is going to have a farm or a gigantic animal rescue centre or something when he is grown up and I am going to live there too and we will have all the things. Bertie will be horrified.

How is it all at your end? A good Easter I hope. CJ xx 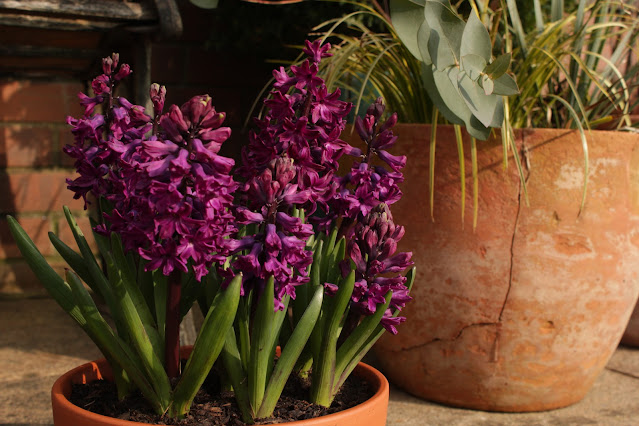 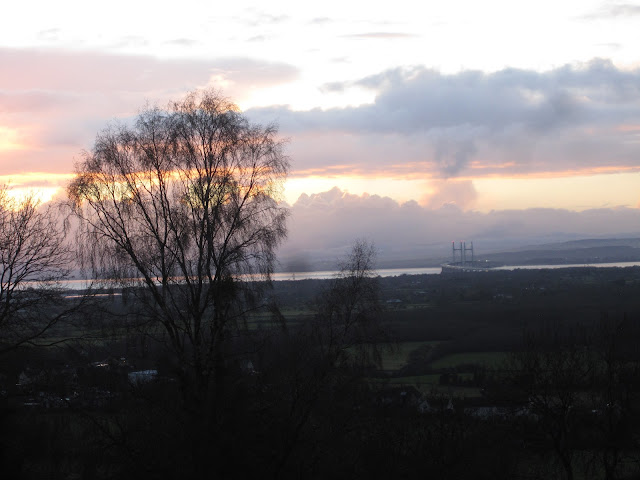 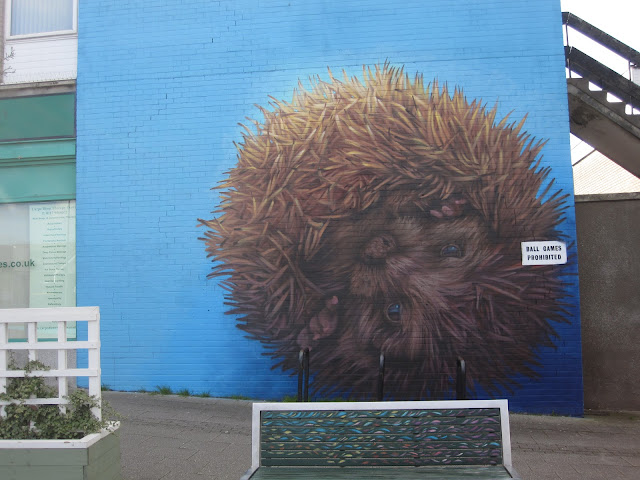 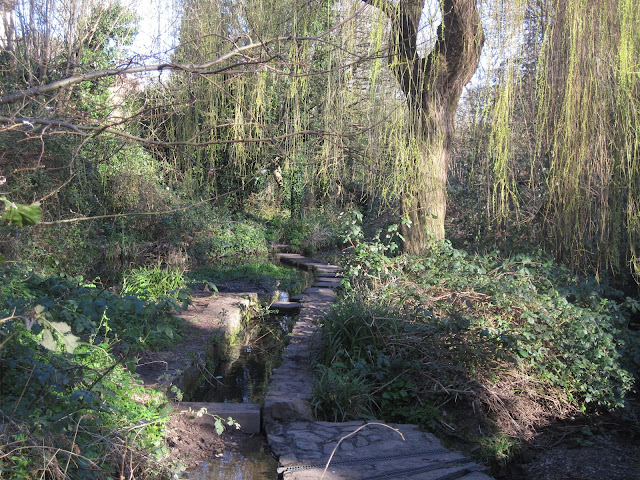 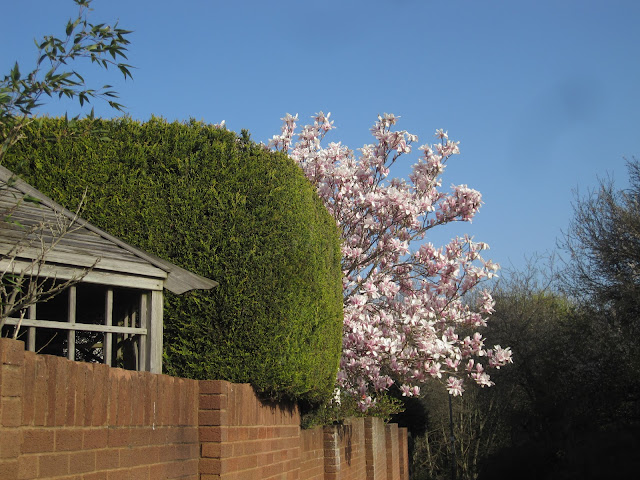 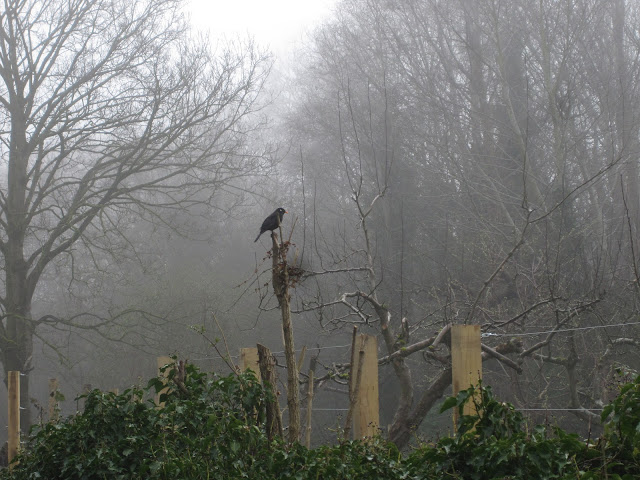 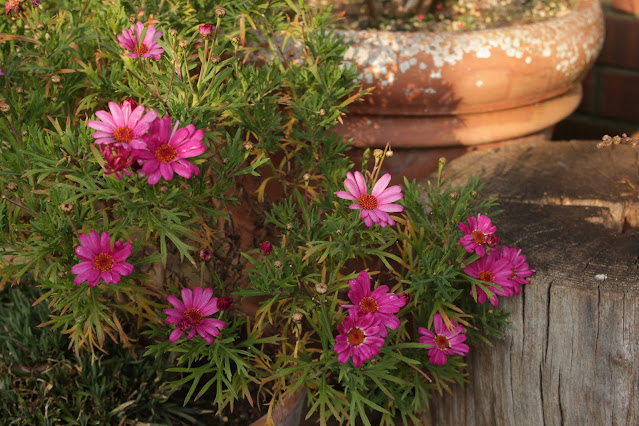 The marguerite might look a bit ragged, but it has flowered through the entire winter. The garden has sprung into life, with plum and pear blossom and tadpoles and camellia blooms. And in an exceptional stroke of luck I have scored not only a free bird table, but a free hedgehog house as well. 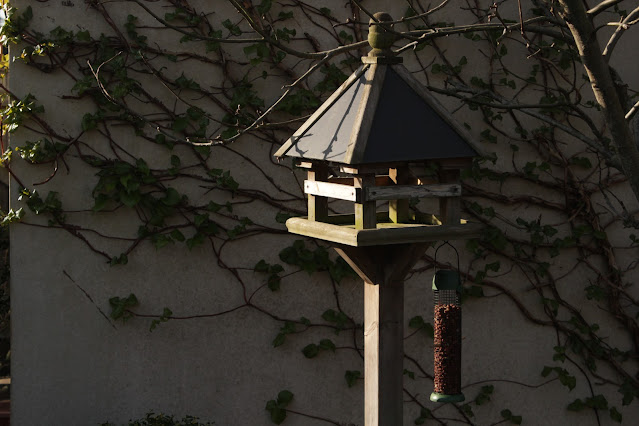 Nice no? The hedgehog house is clearly homemade and needs some work - a base, some feet, hinges on the top, waterproofing and some roof felting, but it's a nice solid thing and a good start. Both were left outside houses with a note saying 'Free' on them. The middle boy found the bird table and lugged it all the way home. How well he knows me. Slightly disconcerting that people are giving away their wildlife stuff though. I like to think they have upgraded.
I have sown some flower seeds, imagining as I always do some beautiful summer garden, blooming in the way of, say, Sarah Raven's, but sadly, as ever, the snails have marched on in and helped themselves and now I just have a load of sad stumps. I really wanted loads of pale pink zinnias. I shall not be defeated.
The dog is not settling into his low fat diet very well and has taken to gobbling up literally anything that looks vaguely edible on his walks. There are a surprising number of crisps scattered about the place, as well as cheese and hairbands. He eats them all given half a chance. I have checked his weight and it's not going down, so I feel that he's being fed enough at home. The lure of street cheese is clearly just too much though.
His labrador friend got a plastic ice-cream cone with chocolate ice-cream in it the other day, nose jammed right in, and ran around refusing to give it up. Everyone was beside themselves, it was quite a scene as you can imagine.
The eldest boy had the chance to vote this week. There was a complicated local referendum that was something to do with a planning plan. Apparently there is a local plan which might slightly restrict the excesses of the planning, but only possibly and the feeling is that it is the lesser of two evils. And it is probably one of those things where the authorities just have an obligation to consult, which means they can issue a consultation document, ask people what they think and then ignore it and do what they want anyway.
The Referendum on the Adoption of the Neighbourhood Plan seemed to be asking whether people wanted a say in things. I can't imagine anyone was going to say, no, thanks, that's fine, you just carry on and concrete it all over. The explanation was rather convoluted and said things like, 'The Neighbourhood Plan cannot cover how much development takes place. This is regulated in higher level plans.'
I don't think we're allowed near the Higher Level Plans. It also didn't include anything about the High Street, which has had the entire town in uproar for months, since it was pedestrianised. If you plan on doing some shopping along the High Street these days, you need to factor in at least an extra twenty minutes to discuss it with everyone you meet.
In other news the dog has had a birthday. The middle boy has some complicated calculation which means that he is 39 in dog years (5 in people years). He was allowed a modest-sized low fat snack and a lick of the baked beans that he found squashed into the path on his morning walk. I do wonder about people sometimes.
All good at your end? CJ xx
Posted by CJ at 20:43 18 comments: