How to manifest tasty things 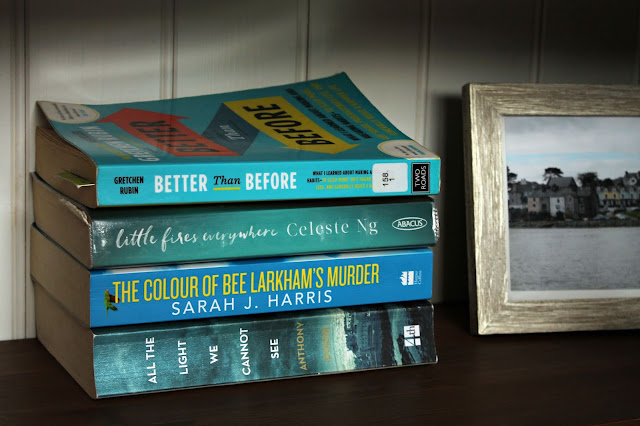 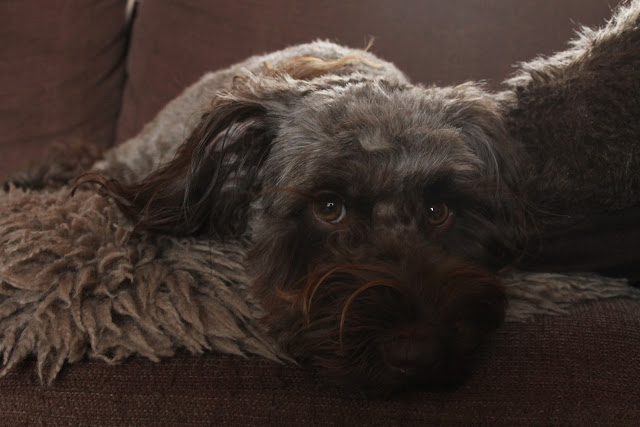 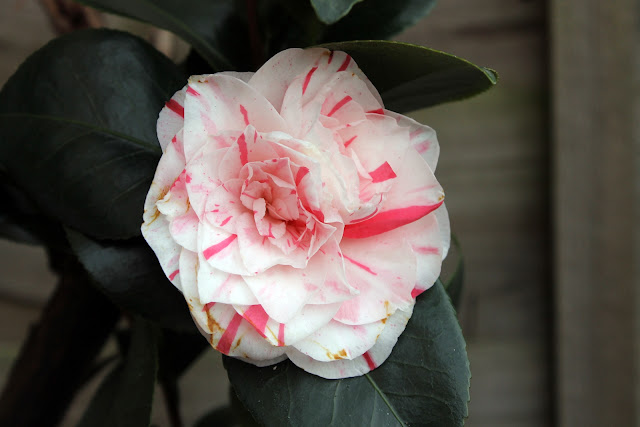 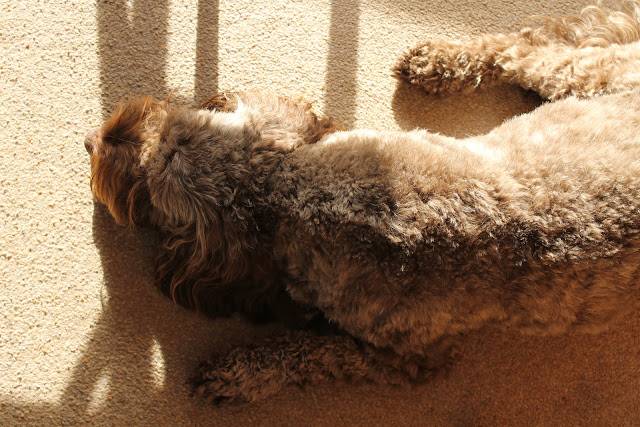 My pile of Books To Be Read is pleasingly blue at the moment, although I'm not sure about All The Light We Cannot See. Someone recommended it, but I just haven't got round to reading it and I have the feeling that its moment may have passed.

The dog and I have been dashing out and about between showers, and occasionally in showers. There's nothing quite as scrumptious as coming in and drying your paws in a patch of sunshine afterwards.

In the garden, there's a camellia in bloom and as of today, frogspawn (and many frogs) in the pond. In fact the water level in the pond is at a maximum level and the stream where we walk in the morning has flooded.

I discovered the mystery of the Knight course - it was in fact an investigative journalism course that I thought would be useful because a character in the book I'm writing is going to train as one. The course is run by the Knight Foundation. Obviously it would have made more sense if I'd written 'Investigative journalism course' in my diary, but I would have lost the element of surprise as I sat down on Monday morning to find out exactly what I'd signed up to.

The dog has been practising the law of attraction with astonishing success. The littlest boy made a gigantic fat ball for the birds at Scouts. We hung it in the peach tree and the dog proceeded to sit underneath it staring at it. He kept at it regularly, going out there day after day, concentrating on vibrating at the same frequency and picturing his life with the fat ball in it. And do you know, it worked. One day, a giant chunk of it just fell down. Oh the dog was thrilled. It just goes to show the best things in life are worth working for. Although to be honest, I think it wasn't quite as tasty as he'd been imagining. It was basically a vast amount of lard with sunflower seeds stuck in it. He ploughed through as much of it as he could though, and kept up with the repeated staring, and gradually, piece by piece, the whole thing fell down.

And if you think that's amazing, wait until you hear about the squirrel. Bert and his little chum were strolling along by the stream one morning, shooting the breeze, when there was an enormous crack and a whole branch fell down, right in front of them. This was before the storms rolled in, so nothing to do with the weather or anything. We were all astonished, but it was NOTHING compared to the surprise when we realised there was a squirrel on the branch. Picture us stood there, dogs and their people, momentarily frozen, as the squirrel picked himself up, dusted himself down, swore lightly then raced off towards the closest tree. Honestly, it was at least four seconds before anyone moved. Then, it was all quite chaotic for a moment. The squirrel made it to the tree though, so all was well.

So there you have it. If you try hard enough, persevere and really focus, you too could make squirrels actually fall out of trees and land at your feet. Do it!
Posted by CJ at 15:20 24 comments: 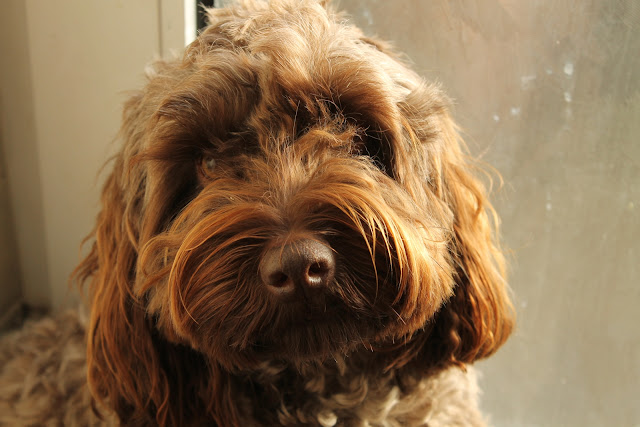 I found an interesting entry in my diary the other day. It says, 'Knight course: week 1'. Then there are similar entries for the following three weeks. I do very vaguely recollect signing up for a free online course in something, because I recall wondering if I had time for it, and then deciding that I might be able to squeeze it in, and what was the worst that could happen. But I cannot for the life of me remember what the course is about. Google has not helped. I suspect it was late at night and I was lured by the idea of some interesting advertising and the thought of Improving myself. Is it an actual Knight course? Was I thinking, perhaps in a dissatisfied moment, of running off to fight in the crusades? I have searched my Inbox for a clue, but alas there is none. I am hoping for an email on Monday to enlighten me. In the meantime I am putting my affairs in order and practising pulling swords out of stones. I do hope they give me a horse.
Posted by CJ at 21:55 17 comments: