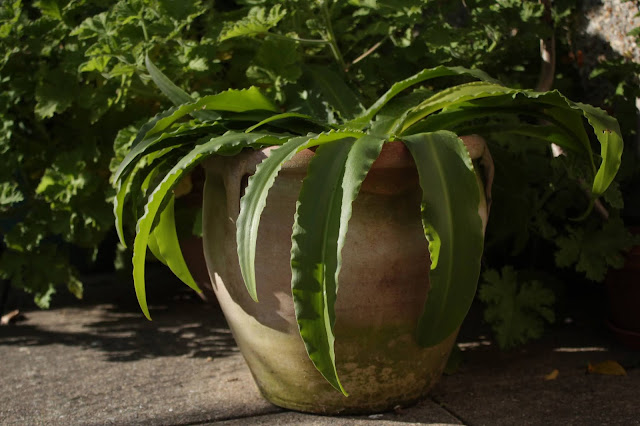 I tried growing pineapple lilies (above) this year after spotting them in a garden near here and thinking they looked brilliant. Alas, no flowers this year, but apparently they are hardy, so hopefully they'll pop up next year and maybe flower then.

Next year I think I shall grow more dahlias. It's the time of year when I always wonder what to do with the garden in the next season. The raised beds I have need replacing really, but I could always do something else. I don't have a vast amount of time to make huge changes, but I'd quite like to rearrange things a bit.

Neighbours over the road put in the most wonderful wild flower patch in their front garden which was really inspiring and incredibly pretty. I grew some lovely flowers for butterflies this year which were constantly buzzing with bees as well. They're past their best now, but this will give you some idea. 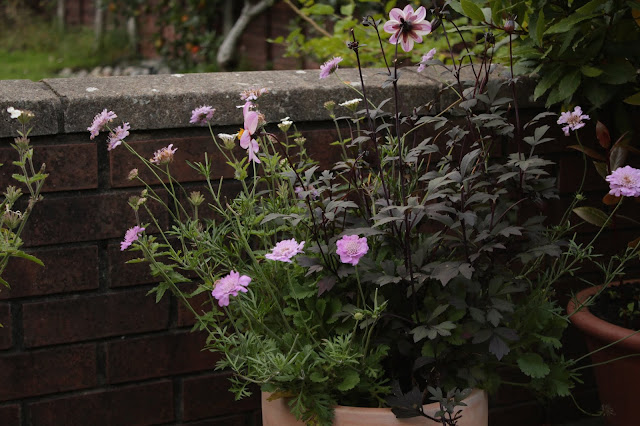 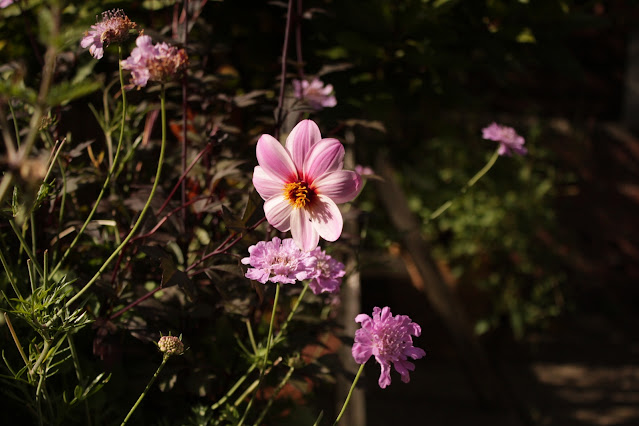 They are these plants if you're interested. I'll definitely grow them all again. Hopefully I'll be able to keep the dahlias, although I'm not entirely sure how that works if you start off with plants rather than tubers. Will they have grown tubers? I imagine they will have done, although probably quite small. Plus, it is a small dahlia anyway. I shall have a root around in the pots when the flowering is over and see what's in there.
The littlest boy had another cookery lesson today, although it was theory, not practical. Apparently they tasted burgers and also looked at a thirteen-year-old burger. I asked if it was made from thirteen year olds, but apparently not, it is an actual McDonalds burger that the cookery department have had for thirteen years and has not decomposed. It sounded unlikely to me, so I asked the middle boy who confirmed that yes, two years ago he had also seen this legendary burger during the burger lesson. It was more the fact that the teachers had kept the burger that sounded unlikely, not that it hadn't decomposed - that I could well believe.
I was telling the urchins about the McLibel trial trial the other day. Remember that? The might of McDonalds and their legal teams pitted against a part-time bar worker and an unemployed postman. At the time the hearing was the longest in English history. Around sixty leaflets were given out outside of McDonalds, which McDonalds claimed were libellous. There were 40,000 pages of evidence for the trial and the judgment was 762 pages long. McDonalds did not come out of the affair covered in glory.
The judge said that McDonalds 'pretended to a positive nutritional benefit which their food did not match", exploited children in its advertising and helped to 'depress wages in the catering trade". Thanks to the trial, we all got to find this out. I'd love to know who said, 'I know, let's sue them'.
Posted by CJ at 21:38