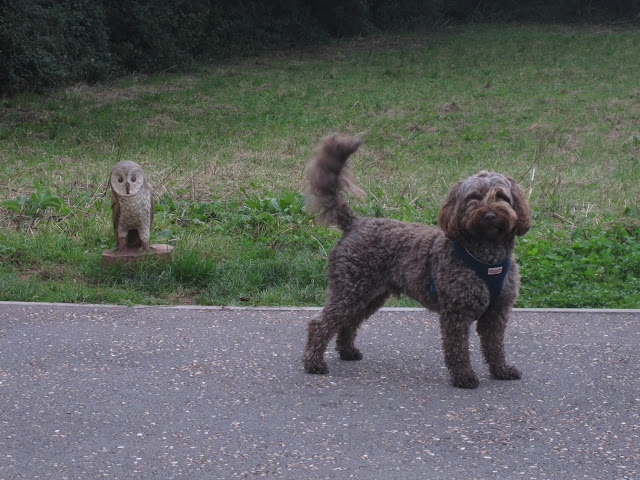 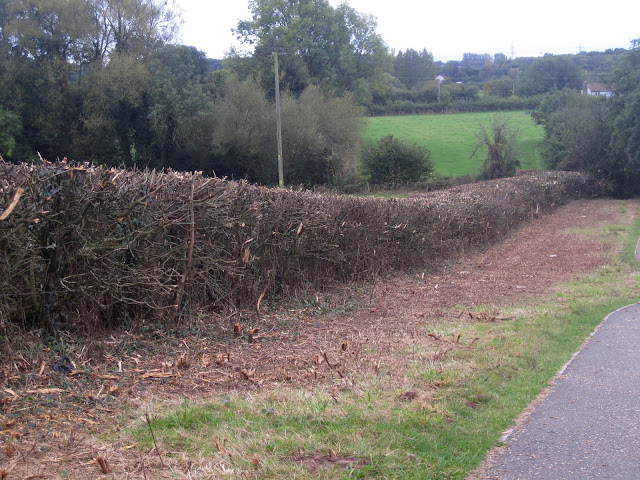 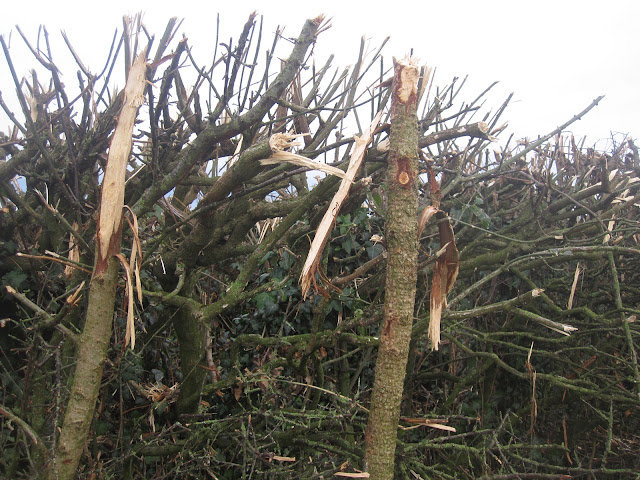 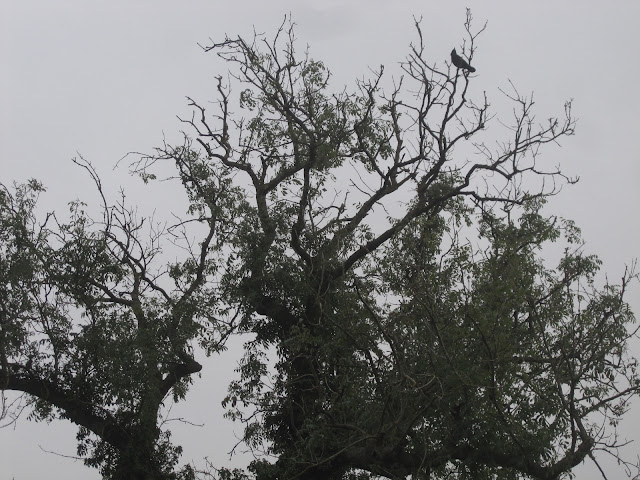 There has been a spate of particularly brutal hedge trimming locally. The hedge in the second picture was at least four times the size and full of wildlife before it was decimated. It really doesn't seem necessary, especially as it lies between farmland and an area that is intended to attract wildlife. Next time I see them out and about with their brute of a tractor/trimmer, I shall glue myself to something in protest.

The town is currently in the process of pretty much doubling in size. Fields everywhere are being built upon. There is a lot of muttering, as you can imagine. The area set aside for wildlife is okay, if smaller than ideal. Around a quarter of the trees they added died, while a football pitch and another gravelled area added on to one of the housing estates has never been used, not even once. It is locked so children can't even access it to play informally. Views of the river have gone. 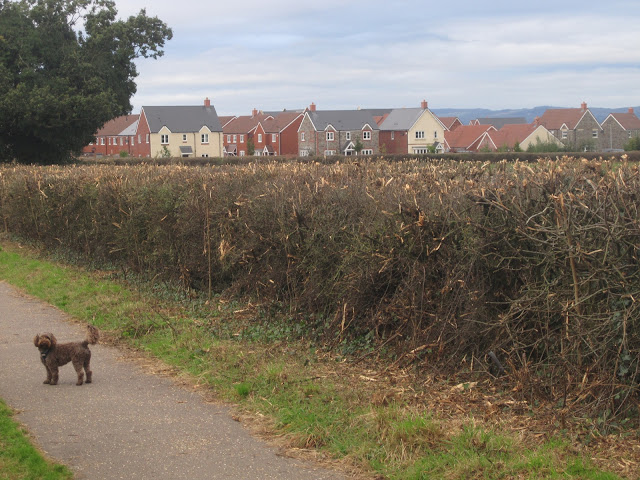 Then there was the furore over the bins and the dog poop bins, which honestly threatened to degenerate into civil unrest. Those living on the new estate were required to pay for the emptying and of course those without dogs were furious about it, despite knowing what they were signing up to when they bought. Then some people were putting the wrong things in the wrong bins which really upset some of the other people and some vitriolic notices appeared. Oh the petty joys of local politics.

In actual fact, very little of the town is ancient, so lots of the people who don't like the new build homes are living in fairly new build homes themselves. whilst muttering darkly about the paving over of the countryside. I am working very hard at not engaging with anything negative or stressful at the moment and putting the right things in the right bins so as not to attract any rage. Below the parapet you might say. Pretty much the way I run my whole life in fact. Melted into the background. Bertie and the middle child are similar. The moment a voice is raised even half a tone, they are suddenly not there any more. Works for us.