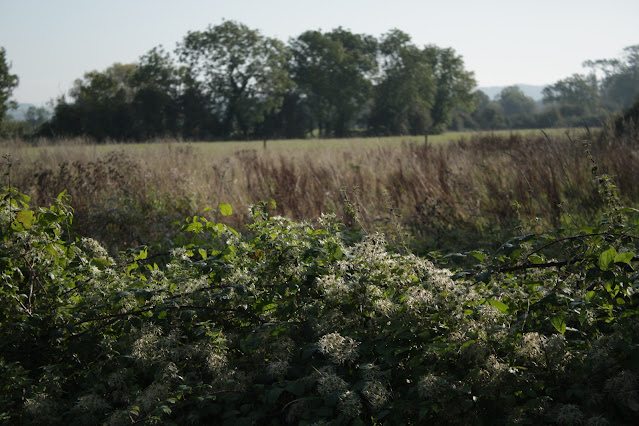 The dog dragged me along on his walk at top speed this morning after we took a turn that took us perilously close to the vets. Not that long ago I surprised him with an early morning visit there for his annual vaccinations and he no longer trusts the morning walk when it doesn't go where he expects.

The vet was a touch hesitant, unlike the usual vet who gets straight in there, looking at his gums and squeezing his fat tummy right the way in while he looks horrified and shocked at the same time. This time I tried to pin him down so that the new vet could look at his teeth but once we'd lost the element of surprise there was no way back. In the end she asked me if I thought it would go better if I was somewhere else. Being forcibly separated from me at the vets is just about the worst thing imaginable for Bertie and he galloped futilely on the spot as I retired to the waiting area. After a while the vet slid him past (they keep the floor shiny for just this purpose I imagine) and out to the back to where they keep the veterinary nurses. There was a huge amount of pitiful squeaking and after a while she reappeared looking slightly flustered and said, 'Kennel cough as well?' I said yes, so she disappeared again, cue a lot more squeaking. The receptionist said, 'Don't think he wants that up his nose' (it has to be inserted into the nostril), and we waited with bated breath for a minute or two until there was more frantic galloping and the dog appeared round the corner like some mad cartoon beast, legs going at a hundred miles an hour, body moving sedately towards me.

The vet came and sat down next to me and gave me quite a long speech about anti-anxiety medication. I tried to explain that he wasn't normally in need of it, but she was very much of the opinion that a nice tablet was exactly what he needed. We made as quick a break for it we could, even leaving behind his tasty snack that she'd tried to bribe him with at the start, which is pretty much unheard of and really not fair, given that he had the poking and the squeezing and the needle and the squirty thing up the nose. So now any time he realises that he is within 200m of the vet's he sprints in the opposite direction like mad.

When we got home, we discovered that the tap water had turned brown, which was a bit alarming. Apparently just a burst water main which stirs up iron particles, but it was off-putting and reminded me how lucky we are to have good water virtually all of the time. Normal order has been restored, and I am not going to bother mentioning to the littlest boy that I washed his bedding in it, ignorance being bliss and all that.

This even, water appeared up through a manhole cover in the middle of the road. I spent ages filling in the water company's online form ('We will usually get back to you within 10 days'), to include painstakingly identifying exactly where the leak was on a map (I am not good with maps) and filling in all the boxes. Just as I was about to press send the littlest boy said, 'There was man up there mending that just now'. It has been that sort to day to be honest, but being ever the optimist, I have high hopes for tomorrow.