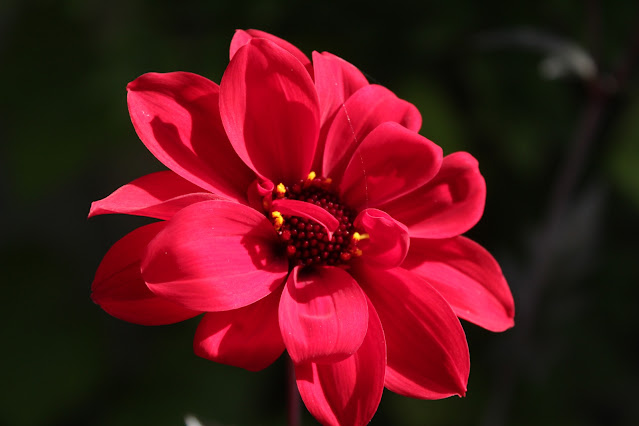 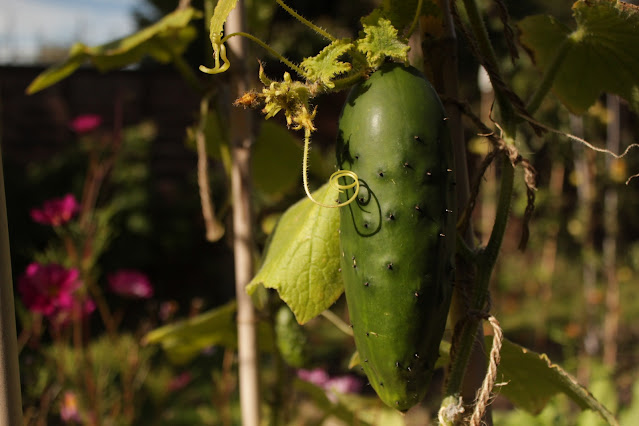 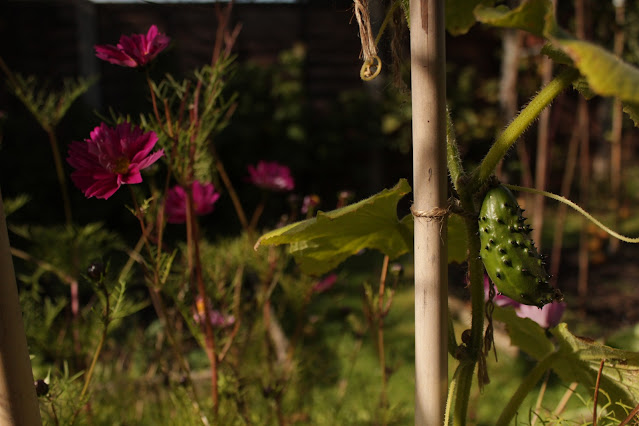 Back to glorious weather today, so I squeezed in a quick hour of gardening after tea. There's so much to do out there at this time of year. I picked up windfall apples and pears and pulled out the tomatoes and sweet peas and that was about it. But I'm learning the value of doing just a bit when I can, rather than trying to find the time to spend hours on things.

Work is quite full on at the moment and while that's good, it does mean that I simply don't have the time to do all of the stuff I'd like to do. So, quick bits of gardening here and there will have to do for now.

I'd really like to do a deep declutter of the house, but that will have to wait. The children's clothes are a lot of the problem. All that constant growing out of stuff, so it needs to be put away for the next one and then got back out and on and on. I absolutely love decluttering and sorting and making everything neat, or at least I love it when it's been done, so I need to fit in some micro-decluttering as well I think. I am slowly working my way around the place, a drawer here and a cupboard there.

The littlest boy and I fell out over school cookery earlier on. At least it wasn't one of those, 'Surprise, it's school cookery tomorrow and I need twenty ingredients!' scenarios. Like last week for example, when we ended up doing a tour of corner shops in the hopes that there were some part-baked baguettes left somewhere in town.

Tomorrow it's fajitas and he is cross that, unlike ALL of the other mothers, I have not peeled and chopped his onion for him in readiness. He told me I was lazy. I am still feeling rather incendiary about that to be honest, having worked all day, and probably most of the evening and cooked and washed up and blah, blah, blah. Plus, I don't like the smell of onions on my hands and in my clothes. So the onion is sitting in the kitchen in its whole and perfect state. Honestly, if I cut up the onion, there wouldn't really be anything left to do apart from throw things into the pan.

As it happened, I did pre-chop his chicken for him because we ended up with more than he needed, so while I was dividing it up I cut it into cubes. I did it without reading the recipe because he had the booklet in his room. Unfortunately it transpires that it is supposed to be cut into strips that are exactly the same length as his strips of red pepper (which he will be chopping himself ). Imagine how cross he is going to be when he finds out. If his teacher sees, he might even get told off. Of course, he can always say that his mother did it for him and was too lazy to read the recipe and do it properly. It's going to be brilliant.