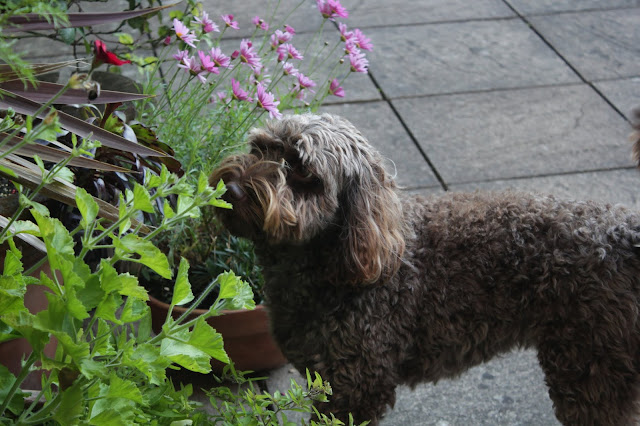 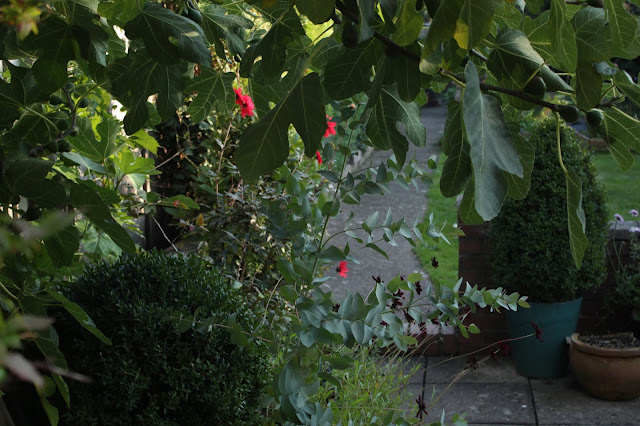 It feels like it was a long day today, but in a good way. I worked this morning then went to watch the eldest play football. It wasn't the best tempered match, I have to say. Football doesn't always bring out the best in people. But it was gloriously sunny and I took my deckchair and a good book for before kick off and half time and coffee and homemade vegan chocolate flapjack and was generally happy as a clam.

This evening I took the dog on a quiet Sunday evening walk. I don't think he's feeling very well. Sometimes he gets hold of things he shouldn't and swallows them before anyone can stop him and it worries me. Mostly chunks of broken tennis ball. He absolutely loves anything rubbery. The tractor that cuts the grass on the green slices them in half, then Bertie finds them and chews them up and swallows them, all while I am chasing him round pleading with him not to do it. He hasn't found one in ages, but I worry that his tummy has the pieces in. He curls himself up tightly and looks a bit miserable sometimes.

Sunday evenings are incredibly quiet around here. We saw a fox this evening. He is often around the back lanes and nearby school field. He came out of a lane in front of us and we all stopped and watched each other, it was amazing. Bertie didn't bark at all, although he did watch him closely, once he had actually noticed him. He isn't always the most observant dog.

We saw a squirrel this morning crossing the little bridge over the stream. Bertie ran at it, and it jumped from the bridge up into a tree and scampered on up into the canopy. Bertie then spent quite a long time peering over the edge of the bridge trying to work out where it had gone. Sometimes I think they are laughing at him.

So that was Sunday, and tomorrow I shall be hitting the ground running, full throttle etc. etc. hoping to get loads done before the end of the week when the urchins will be home for half term. Brace, brace, brace.