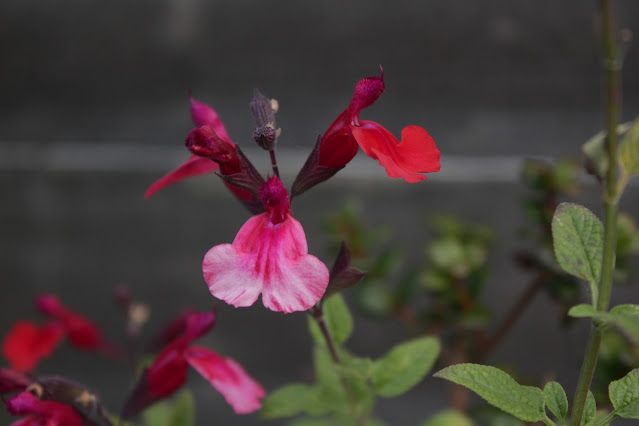 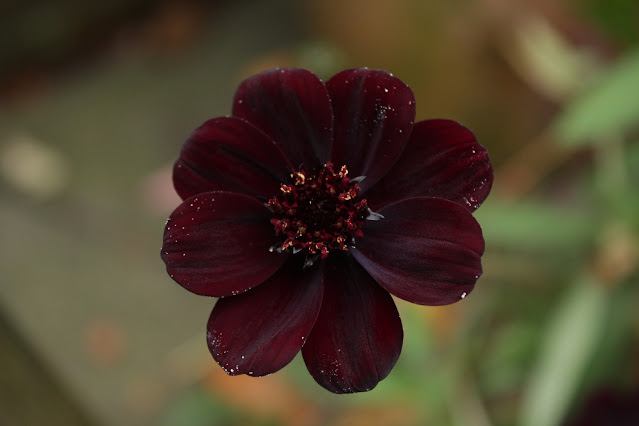 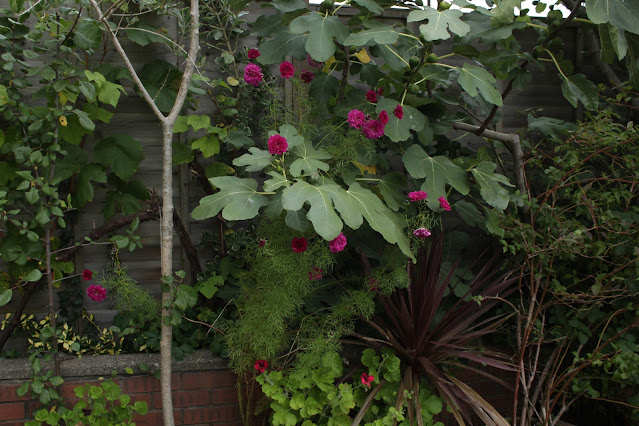 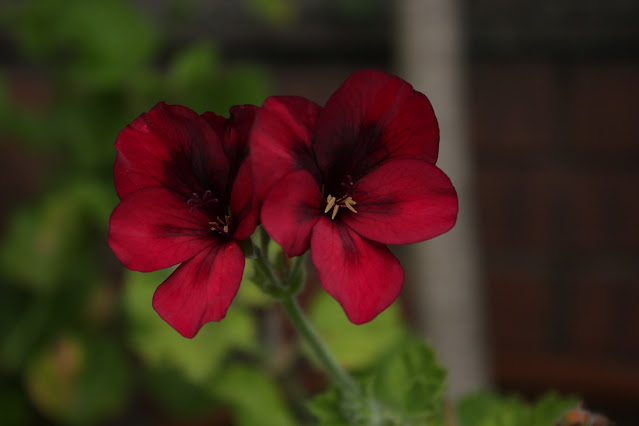 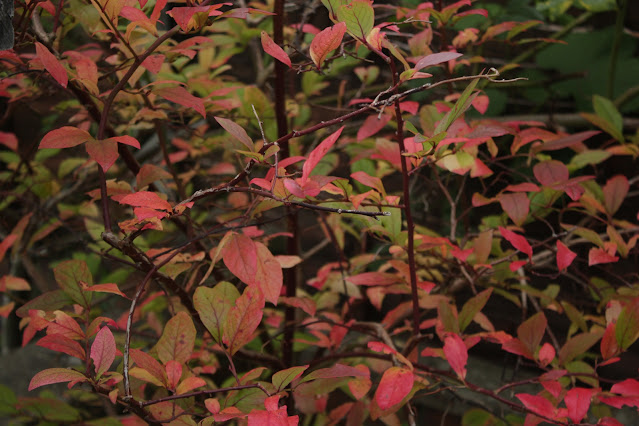 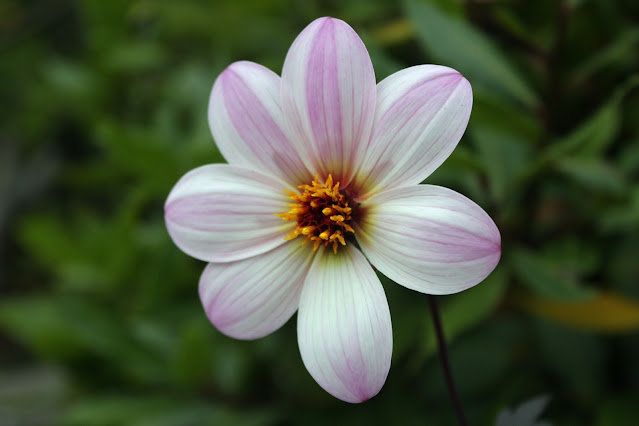 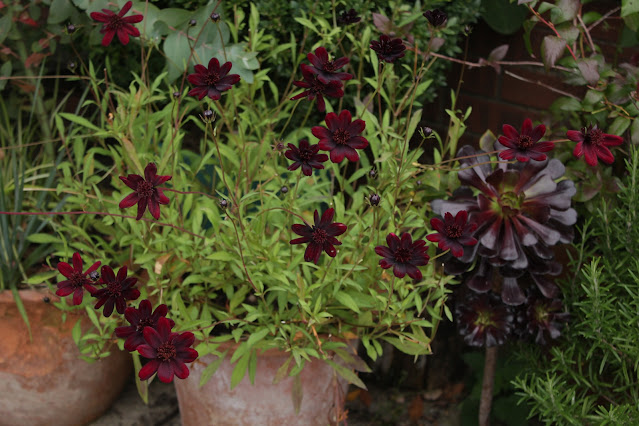 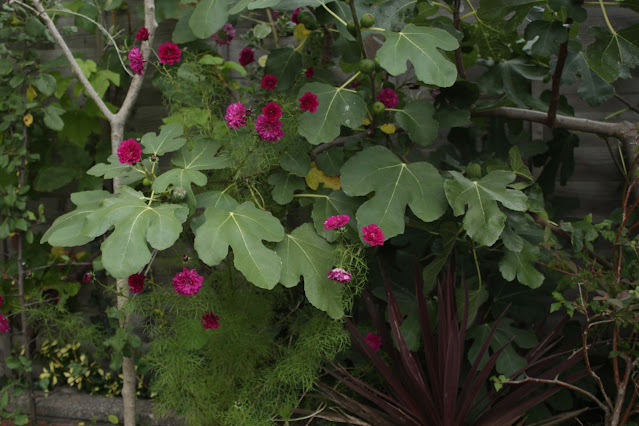 The flowers are still doing nicely while the dry weather lasts. There is a cosmos outside the back door that must be five feet tall, tangled up in the fig. The chocolate cosmos are doing well too. I bought more than I meant to, but they've been lovely. I think they're perennial, so hopefully they'll be around for a while. Are they supposed to smell of chocolate? I can't smell it at all. Maybe an urban myth.
Today was much like a week day for me. I am in a phase of working a lot at the moment, so on Saturdays I just carry on as normal. I don't mind particularly, it's good to have the work. Of course, a break would be good too, but it just seems to be that season where I am working and building at the moment.
The middle boy told me with great authority today that we share 97% of our DNA with bananas. We the human race that is, not the middle boy and me specifically, although that might be more likely. I looked it up and in fact it's only 60%, but still, that's quite a lot banana.
On the subject of DNA, I put on some wolf howling noises earlier to drown out some other noise. Bertie was very intrigued. In fact, he sometimes howls himself when he is soundly asleep. It's only very occasionally, probably a total of three occasions, but it's brilliant. It's a really long loud howl, unlike any noise he ever makes when he's awake, as though it is calling his ancestors back through the ages. In fact he is technically 99.9% wolf, although to look at, not so much.
Tomorrow will be a combination of work and watching football, which will be good. I love the early matches when it is still fairly balmy. Already it is getting colder though. I really struggled to get up this morning. I don't ever have a lie in, I like to be up early every day, but it's definitely harder when it's cold and dark. Probably another DNA thing, the ancient instincts telling me to hibernate. If only.
Posted by CJ at 21:54