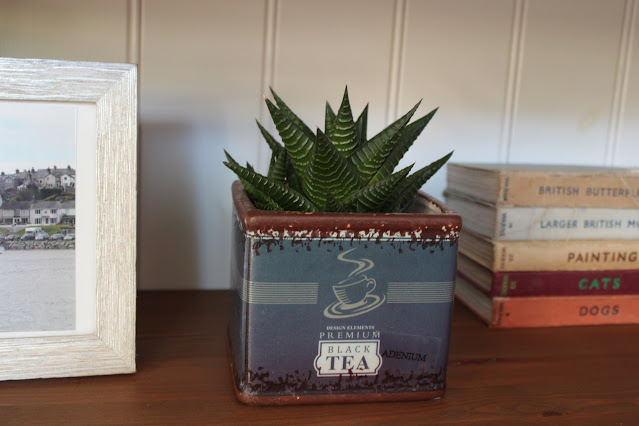 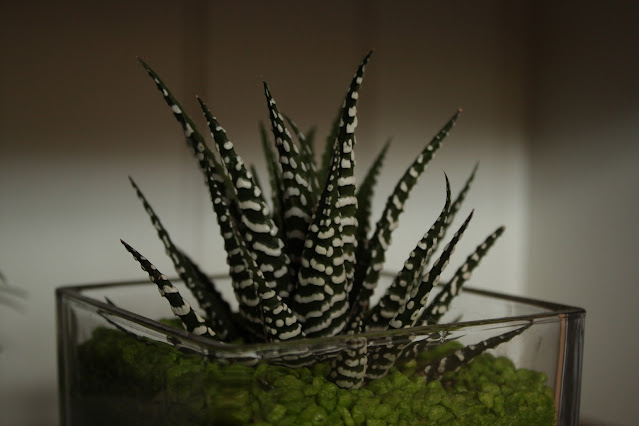 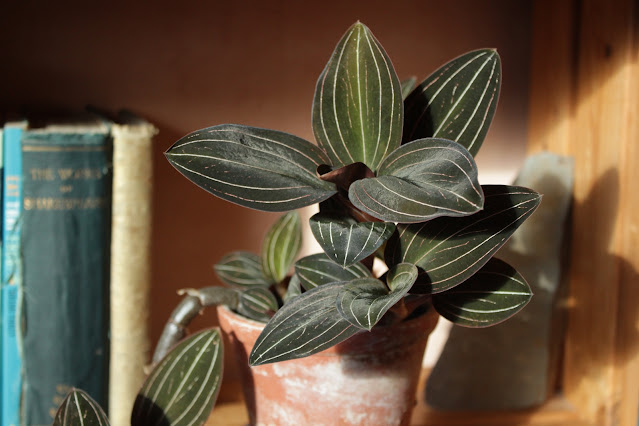 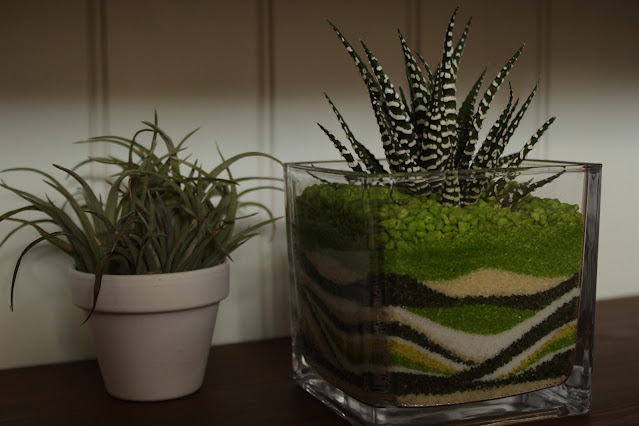 A handful of plants from about the place. I used to have dozens of houseplants, maybe 80 or 90. I lived in a flat in a Victorian house with a huge sunlit stairwell where I kept lots of them. Now there is less space, plus children and a dog, so it has all gone smaller.
I like the slower growing ones now, like the jewel orchid in the penultimate photo. It's grown for the foliage rather than the flowers, although it does flower quite freely, they're just not as spectacular as some orchids. And yes, that is 'Eat That Frog!' next to the complete works of William Shakespeare. I haven't had time to attend to the filing of books recently and somehow that is where Brian Tracy (Get More Of The Important Things Done Today!) has ended up.
The littlest boy bought me the stripey plant in the last photo on holiday. He is such a sweet thoughtful boy. I had stayed at the house with the dog while he went round the pencil museum and saw the largest pencil in the world. He brought me back that and a cockapoo mug and a pencil. In North Wales a couple of years ago he bought me a Welsh slate sign saying I'r ardd, or 'to the garden'. And for my birthday this year he has bought me a signed copy of a Philip Pullman book. You will recall how much love everything he writes, so I'm really looking forward to getting it in the post once it's published.
The other plant in the bottom photo is an air plant. It's outgrowing the pot, so I need to think of something else to do with it. I give it a soaking every few days and that keeps it going without the need for soil.
Today was a parents' evening of sorts. It's all done via video link now which I think must be brilliant for the teachers as you get five minutes exactly, then it cuts you off. No more waffling on and on and on at them and making the whole shebang run late. The children have been trying to persuade me that being given an Amber for the attitude to learning is absolutely fine and expected and not an issue at all. I am not buying it and am putting together some cracking motivational speeches as well as some brutal threats. I will probably lead with the threats.
Posted by CJ at 21:35