"Is there courgette in it?" 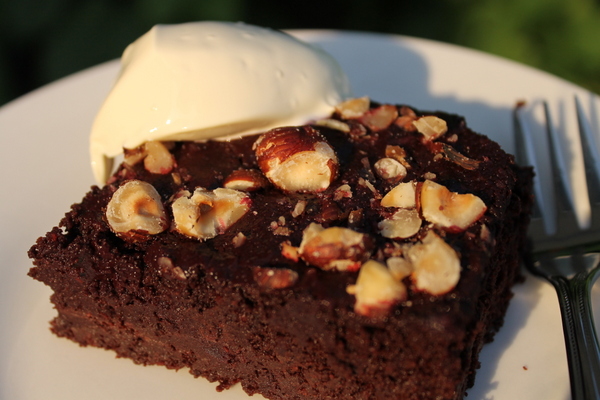 They asked me that.  Really, would I?  Actually, I would, but on this occasion I didn't.  The night before we had mint choc chip cakes and they had courgette in them.  And the night before that we had blackcurrant and elderflower muffins and they had courgette in them.  But the brownie?  No, no, no.  It did have beetroot in it though.  Other half and I thought it was utterly delicious, the best brownie ever tasted.  It had quite a bit of cocoa in it and wasn't as sweet as the ones I usually make, so although the littles ate them, they did say they preferred the milder sweeter ones.

I've got this cookery book on loan from the library and it is wonderful. 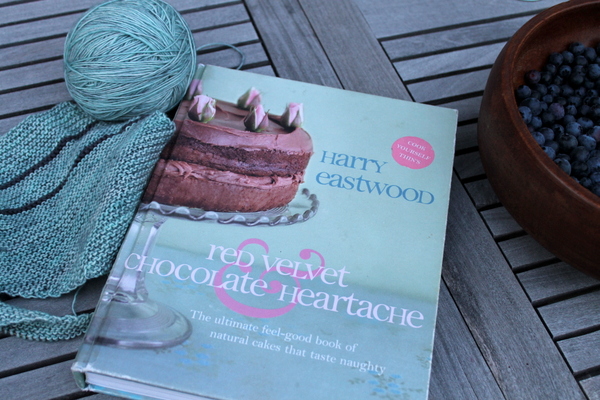 The cakes have grated vegetables in them instead of butter.  Sounds slightly suspect, but honestly you can't tell and they really are divine, especially the chocolate brownies and the cherry cake.  I hadn't used it for a while, but given the current courgette glut I thought I'd have a look for some recipes.  And there are loads.  I'm on a roll.   I cannot be stopped.

On the subject of courgettes, I have discovered what the little rack in the fridge is for - it's a courgette rack.  Genius. 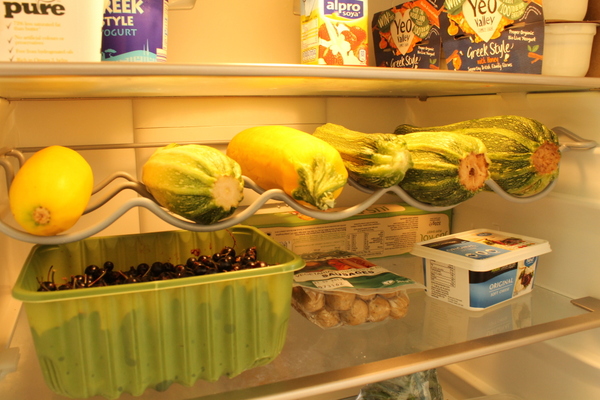 We've had a nice weekend of wandering, bookshops, scooting and making things with cardboard.  This is the Book Barn at Hallatrow. 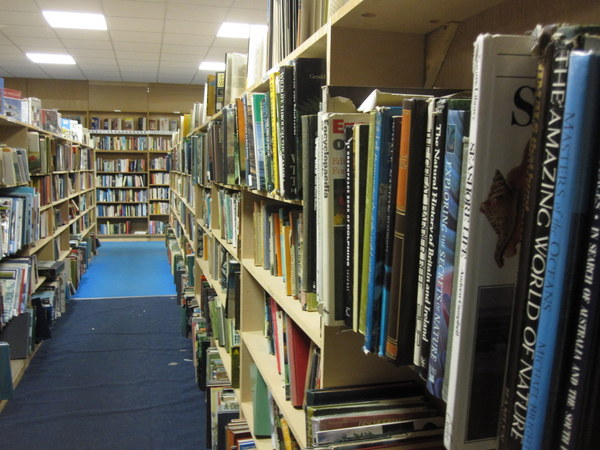 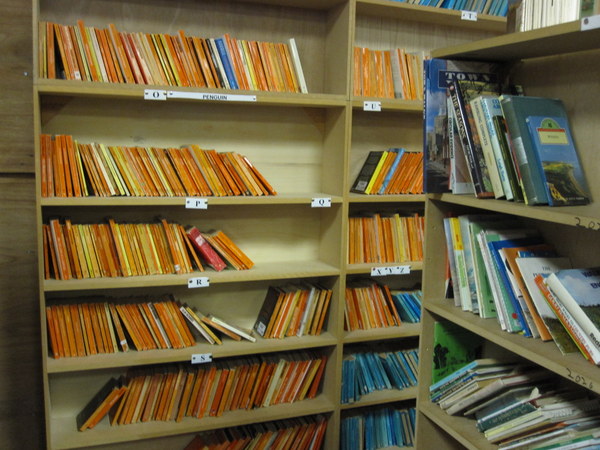 There is row after row after row of books.  Hundreds of thousands.  Maybe a million.  And a lovely little children's area so that mummy and daddy can browse in peace for a moment.  The littlest found an old album called "Battle" and now plans to join the SAS.

We made another little trip to Clevedon.  The boys like to scoot along the front and in the skate park.  Two of my favourite trees are in Clevedon.  This is a yew which is a few metres from the sea front and which has been beautifully shaped by the weather screaming up the Bristol Channel. 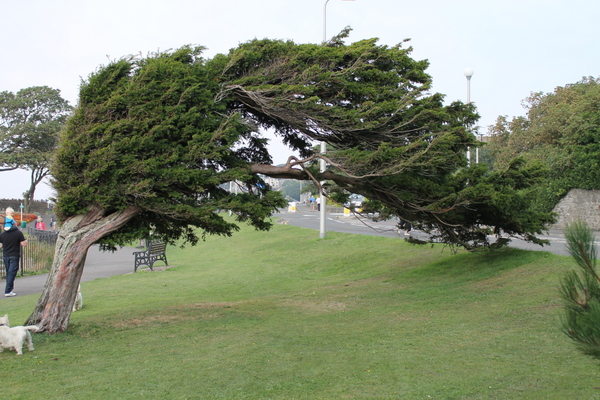 The other one is a lovely fig tree in the back garden of a cafe. 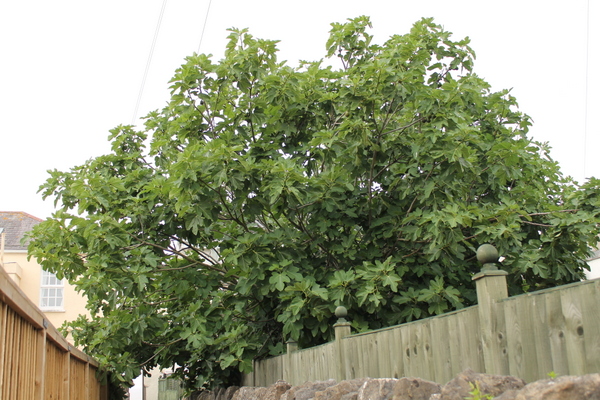 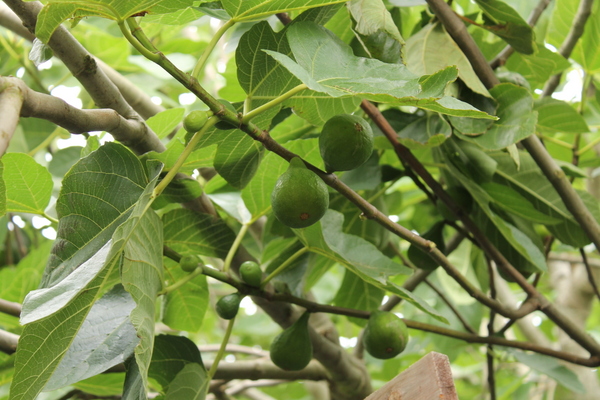 This year it's full of figs.  I'm coming back when they're ripe.  And I'm thinking of planting one in my front garden, which doesn't get much sun - almost none in fact - but I do love fig trees so much I can't seem to stop myself. 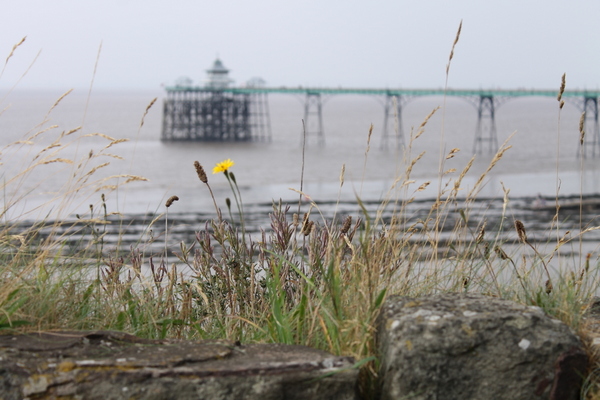 Hope everyone had a good bank holiday today.  It was deliciously warm and sunny here.  Long may it last.
Posted by CJ at 21:36