In and around Bristol this summer there are eighty Gromits, decorated by celebrities and local artists,and which will be auctioned in September to raise money for the local children's hospital.  While they're on display you can go round to see them all, with a special map and a passport that can be stamped in six locations.  It's the kind of thing that small boys can get quite obsessed with.  We took the bus, which cost £10 for five of us, and in fact with that ticket you can go as far as Wiltshire, Somerset, Dorset, even Cornwall.

Apparently we saw twenty-four Gromits.  (I lost count after about five).  I promise I won't show you all twenty-four...

One of the first ones we found, named Canis Major, was at the lovely Hotel du Vin. 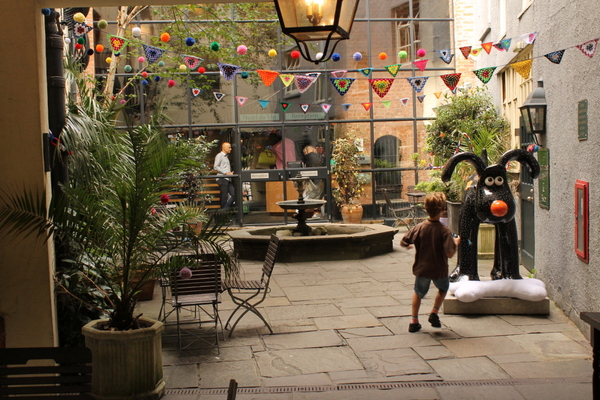 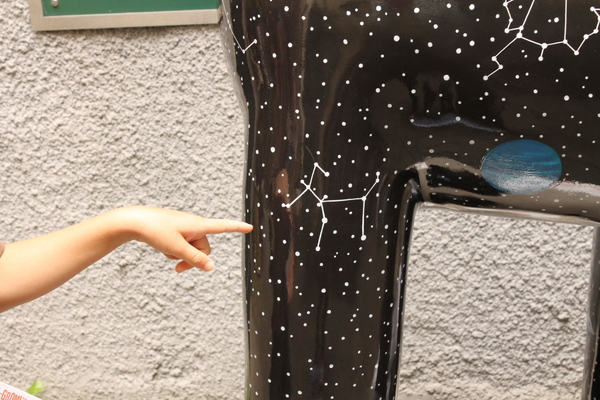 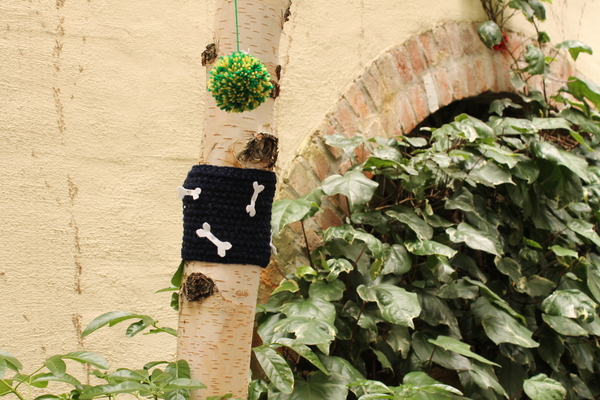 This one was at the Old Vic Theatre.  It's Butterfly by Philip Treacy.  The littlest boy is standing in front of a poster for "The Boy Who Cried Wolf".  Coincidentally. 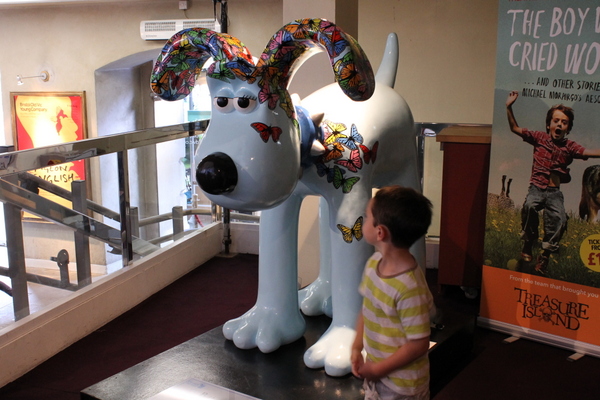 Along from the theatre is a pub called the Llandoger Trow which dates from the mid-1660s. 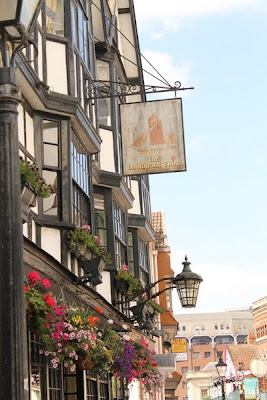 I don't visit Bristol much any more, so it was good to be back, and see some of the stunning architecture.  This is Corn Street, the old financial district.  When I go there I always look up. 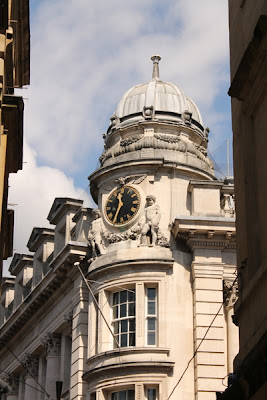 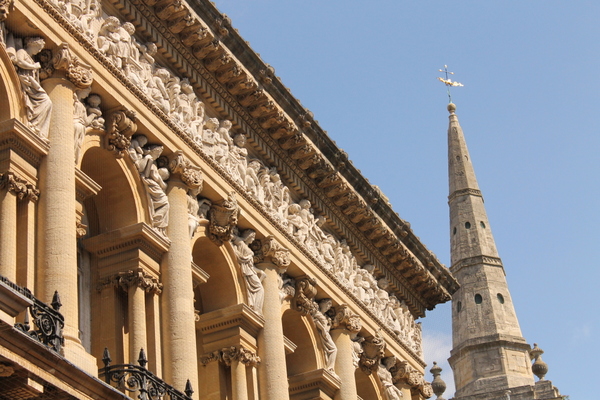 This one's Hound Dog by Sir Peter Blake, found at the Arnofini Gallery.  He was one of the simpler ones,but he did make me smile. 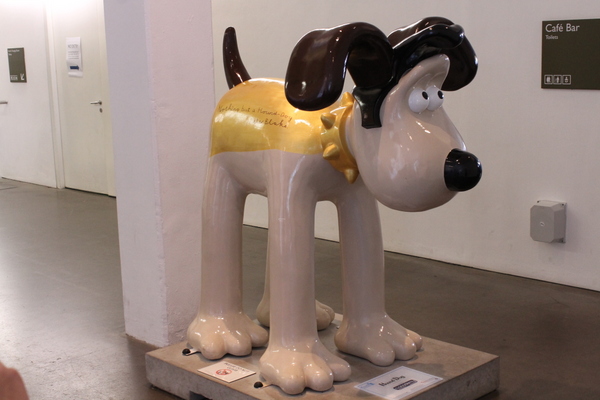 This was Joanna Lumley's Gromit, Poetry in Motion, outside of the Cathedral. 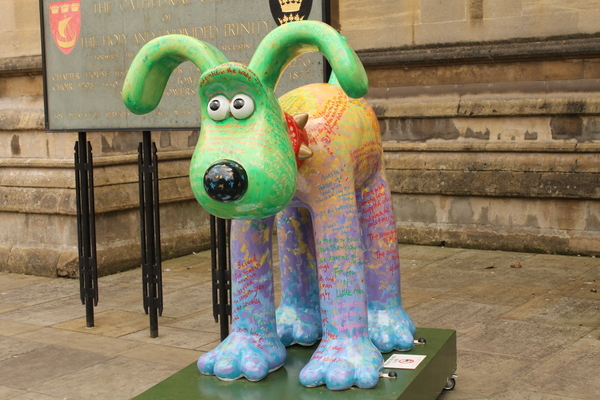 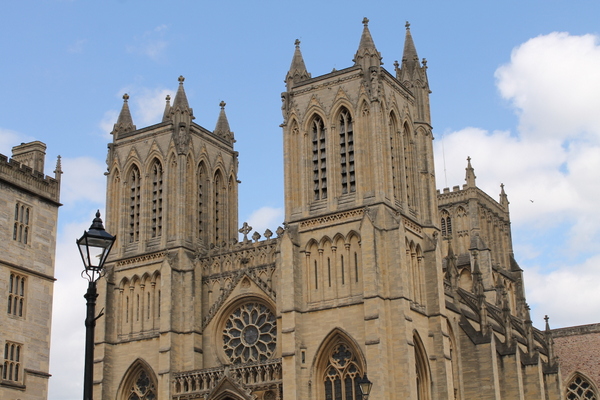 We walked along to the Central Library as well, somewhere we used to visit regularly.  Inside was Axel Schaeffler's offering, The Gromalo. 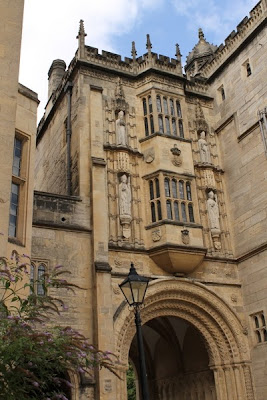 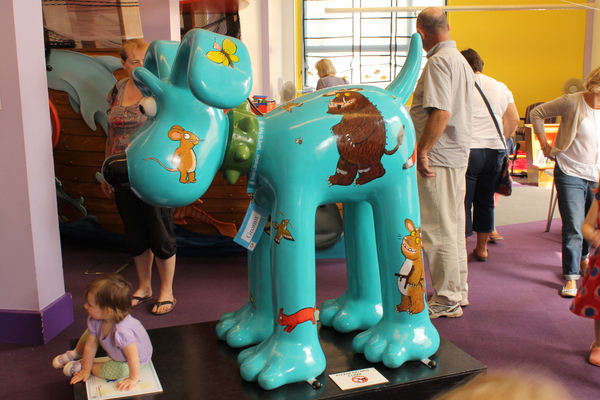 In need of a break from the city streets we headed up Park Street towards Brandon Hill.  On the way we stopped at St Georges to see Sir Gromit of Bristol. 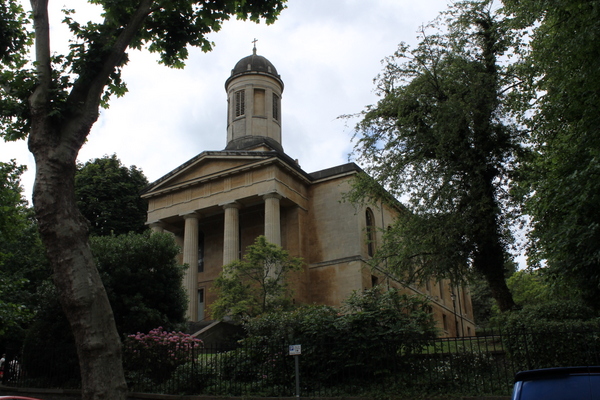 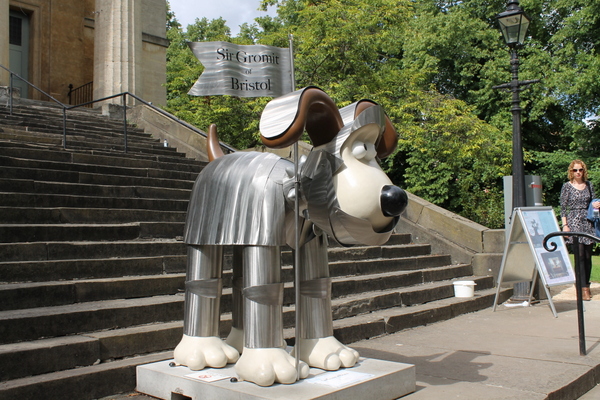 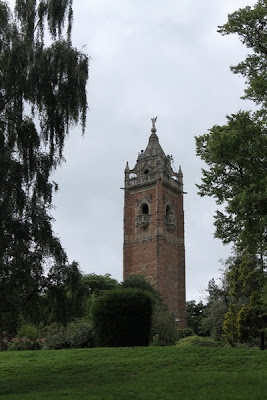 It was lovely to have a big green space to run around on for a bit.  We played in the play area, then climbed to the top of the hill and walked back to Park Street to see a final couple of Gromits.  This one, by Nick Park himself, was called News Hound, and is in the wonderful Bristol Museum. 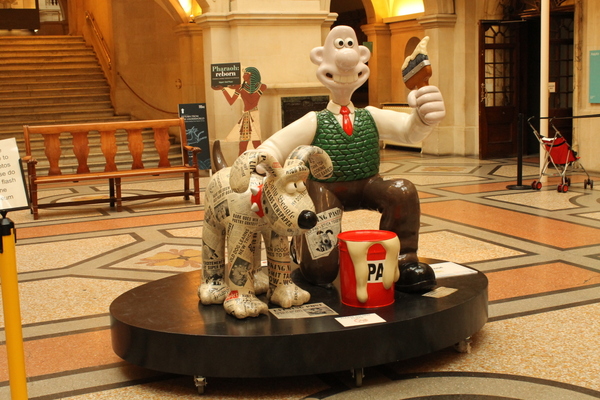 By this time the little people were pretty much worn out.  We trotted down to the bus station and headed for home.  This was my fourth long day out with them in a row, and it's safe to say they were finally worn out.  And I was certainly Gromitted out.  Although there are of course 56 that we haven't seen yet...
Posted by CJ at 21:55