Home, home on the range, where the frogs and the guinea pigs play 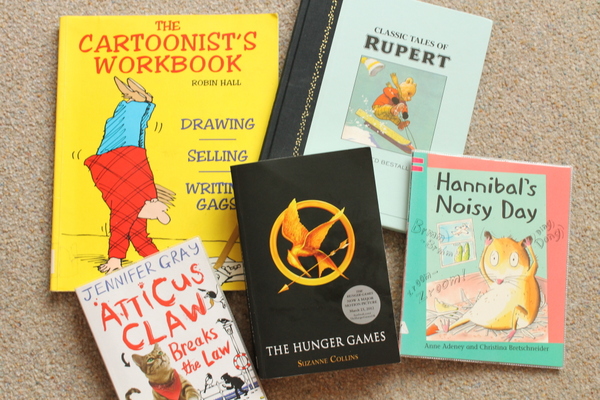 Last week there was I think one too many picnics in a row, one too many long days out.  There was a little tiredness followed by a little grumpiness and slightly more than a little shouting.  I learned my lesson.  This week there has been more down time.  A couple of trips to libraries, with something for everyone.  That's always a favourite thing to do, for all of us.  When we get home from a library there is always complete silence as books are discovered and digested.

A little pottering in the garden.  A couple of raised beds have been cleared.  Old raspberry canes were cut out and new ones tied in.  Hanging baskets were disposed of.  They were past their best and at this time of year disappearing into the rampaging grape vines.  The sweet peas have been really disappointing this year, but they have a reprieve for now. 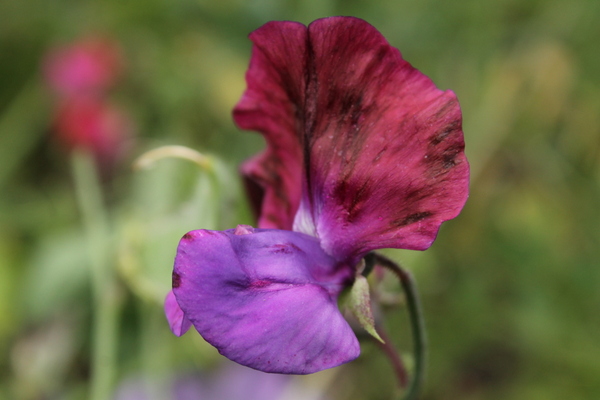 Thanks to the regular showers the grass is back.  Just a month ago it was dry and brown.  It's still really patchy because of the incredibly hard use it gets, and it's still full of weeds, but there is actual green grass and the piggies are happy. 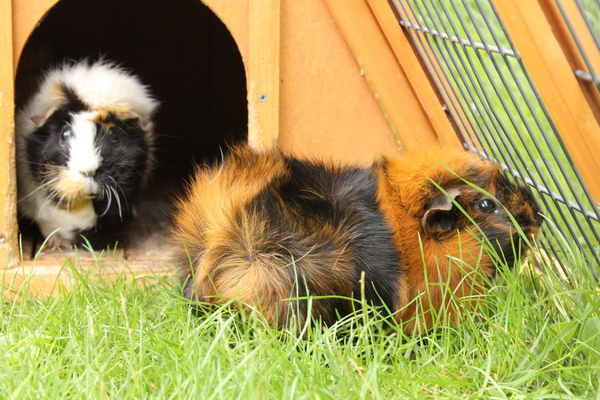 A little baking was done.  These contained blueberries and blackcurrants.  And a little chocolate.  An unusual combination I think, but I like to throw in whatever's to hand.  And they were pretty nice.  I forgot to take a picture of them once they'd been cooked.  I always do.  I enjoy seeing food on blogs, but there is no clue as to how people keep the ravening hoards away from the food long enough to photograph it.  If I paused to take pictures before serving there would be a mutiny. 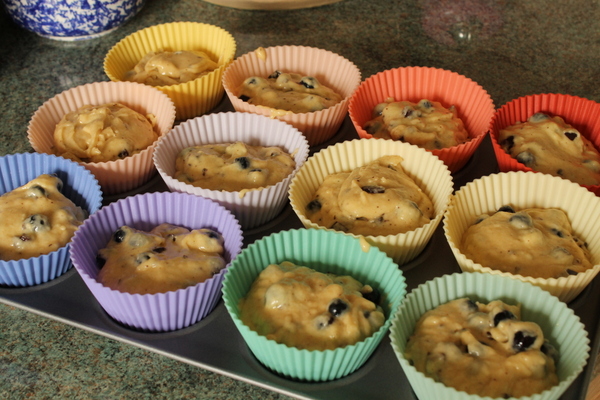 After I made these I carefully washed my lovely mixing bowl.  Then I immediately wiped it up, so it wasn't hanging about dangerously on the draining board.  And then I smashed it.  Sigh.  I honestly am so completely clumsy, and it's only ever a matter of time before anything I have is broken.  It does make me so cross, especially when it's something I really like.  Oh well, worse things happen at sea. 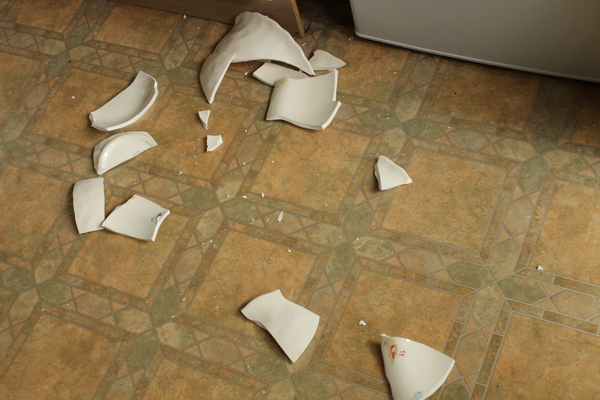 A ridiculous amount of apples were eaten.  Twelve (organic) ones disappeared in 36 hours.  I'm going to have to ration them I think.  The same thing with grapes.  I put out a new bunch in the bowl, and next time I look there's just a big stalky bit left.  I know it's good for them to eat fruit, but when I worked out how much it's all costing it made me feel peculiar.  I'm thinking of putting apple trees in at the allotment... 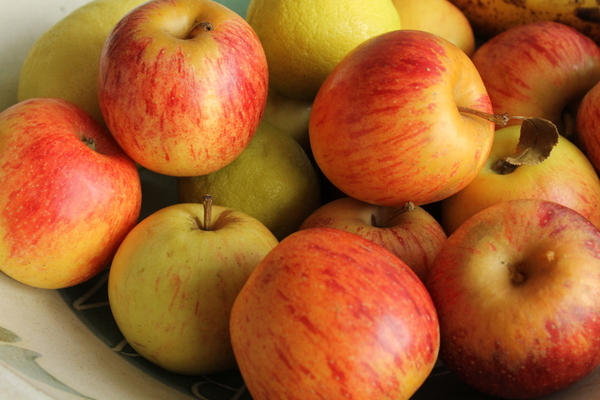 Plenty of Lego-ing was done.  Most of it accompanied by an apple. 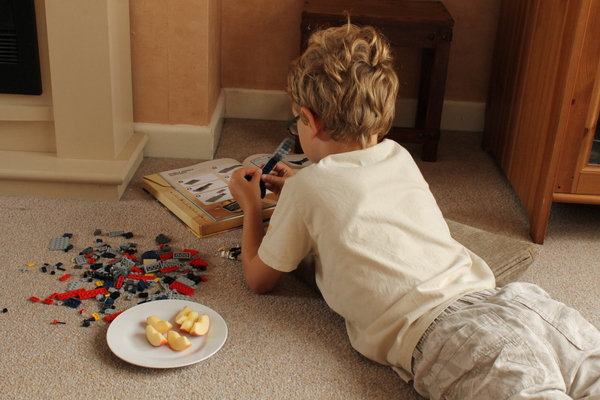 We had another bash at doing this puzzle ball.  We've mostly done the land, just those pesky oceans left.  There's so much of them, they're all blue and it's very confusing. 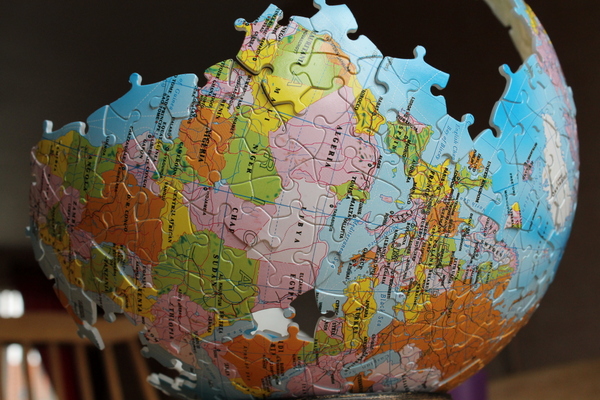 And we spent quite a bit of time peering into the pond at these.  Little froglings, at last!  Most of them are tiny, and we still have plenty of tadpoles in various stages of frogginess.  But there are some definite froglets now, hopping about on land.  We are riveted. 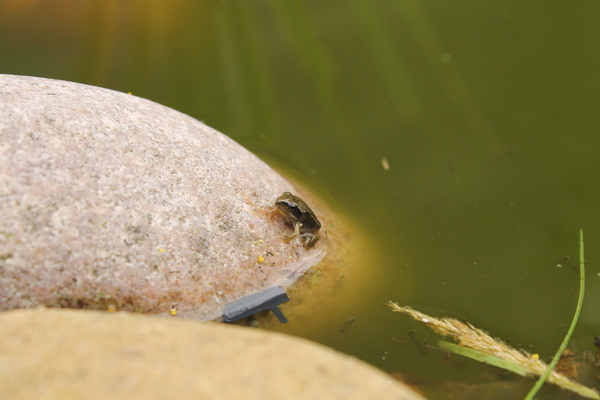 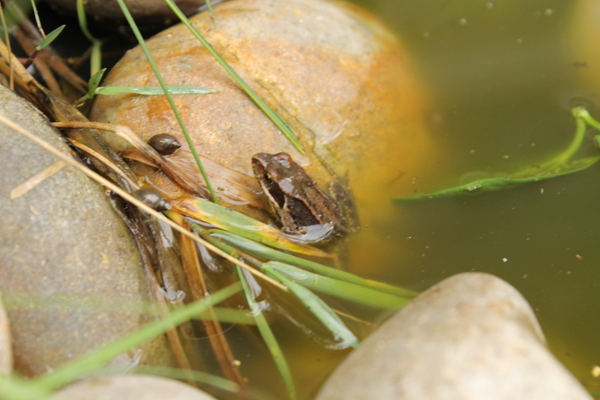 We're rested now, and ready for a little more adventure.
Posted by CJ at 06:55