A little treasure hunting in a vintage shop.  I didn't buy anything, but it was such an Aladdin's Cave of delights.  This was part of the downstairs room, which was crammed with everything imaginable, including the saddest looking spaniel that the littlest boy completely fell in love with.  It had big brown red-rimmed eyes, and the littlest boy was convinced it was crying.  If it had been for sale I'd have brought it home. 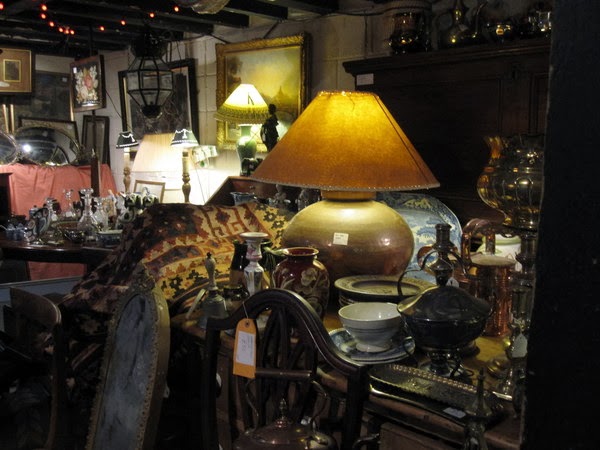 On Thursday some treasure of a different kind arrived, all the way from the other side of the ocean.  The lovely Ellen of The Ellen Report sent me this beautiful yarn that I won in her very generous giveaway.  It's Tussah silk no less, which is extra exciting for me as I can't wear most wool, it makes me itch.  But silk, I'm fine with silk. 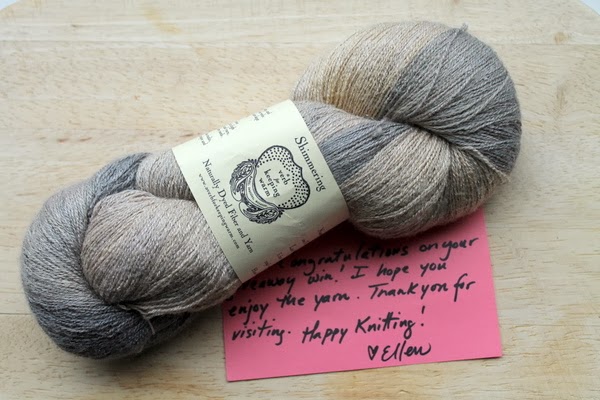 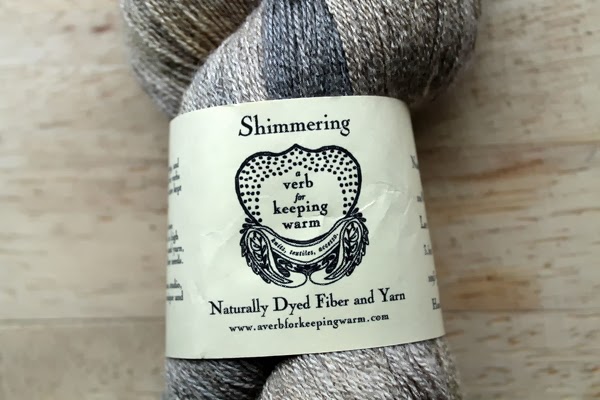 To be honest I'm a bit scared of using it.  I'm not a very good knitter, and I have a horror of not doing it justice.  It's very fine, lacy in fact.  I'm thinking maybe this, but I don't know if it's beyond me.  We shall see. It seems to have a sort of frill on it in a contrasting yarn.  I'm thinking I might use the same yarn for the frill as well as the main part. Any tips or suggestions gratefully received. 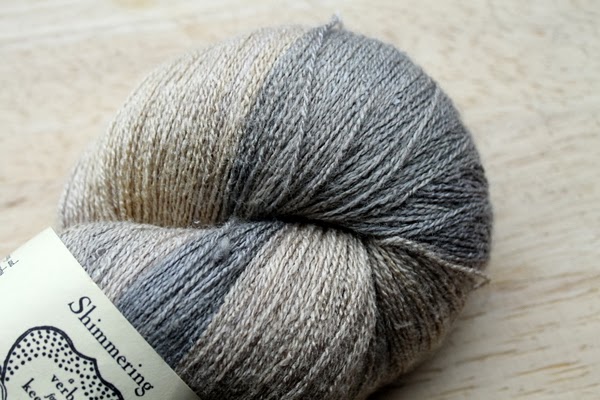 You might remember the middle boy had a little project last week, while he was off school sick.  He painted an oystercatcher and wrote a letter to the amazing Sir David Attenborough.  We're huge fans of Sir David here, and we've been watching Life of Birds recently, as well as looking at some of his books.  Middle boy wrote to say how much he enjoyed everything he'd seen and told Sir David a little about himself.  And just a few days later... a letter dropped on the doormat.  A handwritten envelope and a handwritten letter no less, from the great man himself.  I am absolutely blown away that he would take the time to write back to a little fan.  I'd heard that he's a generally good egg - carries his own bags on location and sleeps in the crew tent - no airs and graces, that kind of thing, but for him to take the time to write makes me think even more highly of him, if that's possible. 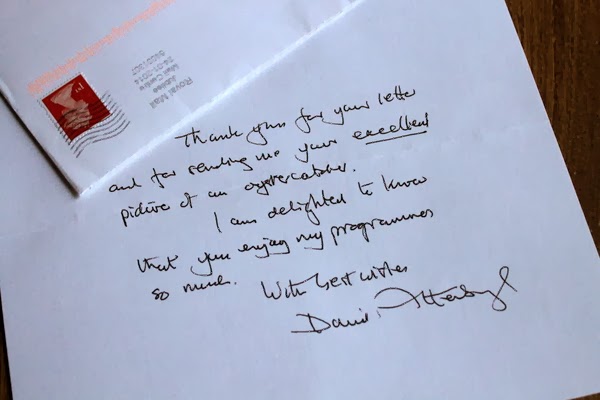 Around here the little people have been trying their hands at origami.  I give you a Roman helmet, a spinning top and a fortune teller.  Honestly, they've spent hours making various little things, it's been great.  And all from a library book. 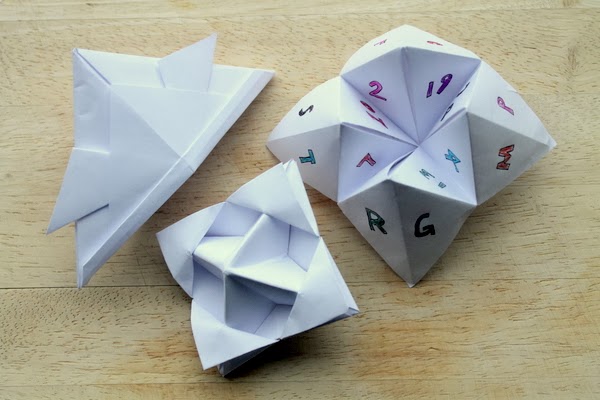 This morning was a bit of a trial.  Torrential rain, wild winds (note the flag) and mud, oh the mud.  The biggest boy had a football match, which meant a couple of hours of standing outside.  It's taken me the rest of the day to warm up. 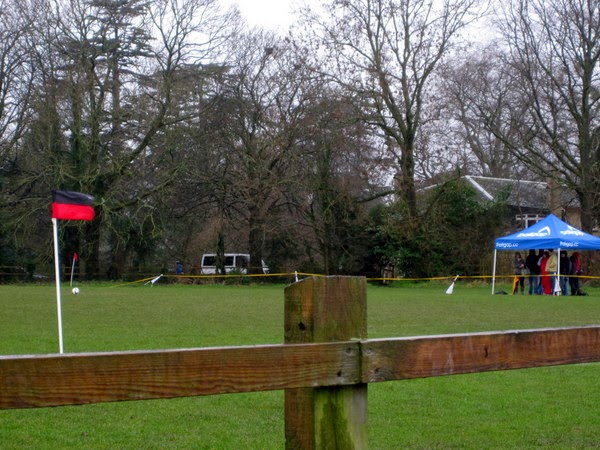 I managed to sneak five minutes (and only five minutes) on the sofa this afternoon to look at this fantastic book. 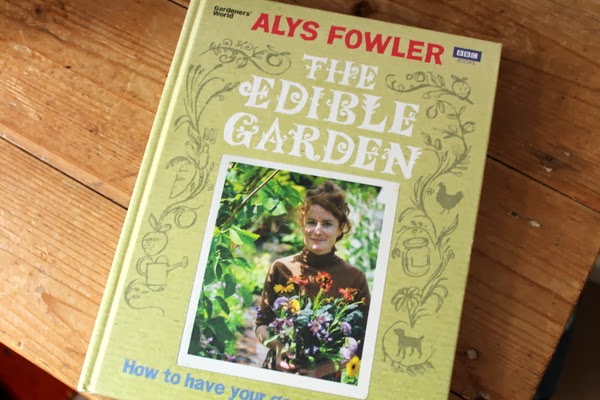 I'm starting to dream of spring planting.  This is Alys's garden.  Beautiful, no?  I'm so in love with it.  But I fear as it has no space for kicking balls around it wouldn't do at all for the little people. 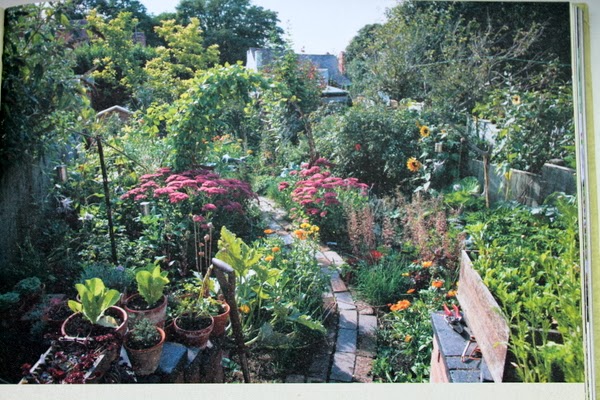 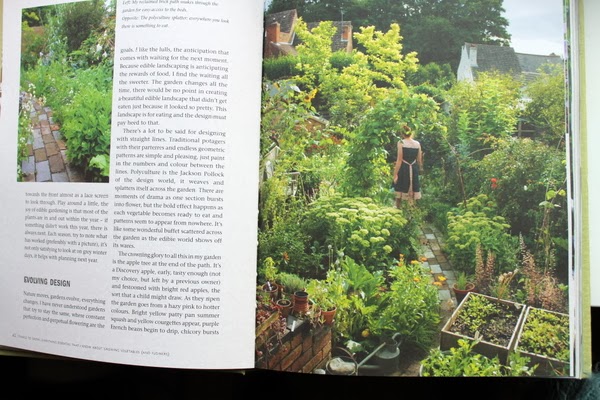 I really like the way she's grown her garden, making production of food for her kitchen into an art.  I've been watching the programme that goes alongside on Youtube and remembering how much I enjoyed it when I watched it first time round.   I might try mixing my edible things with a few more flowers this year.

Eventually the sky cleared today.  Too late to be any use to me, I had already finished all of my going out.  But I did snap a couple of shots from the top room.  It looks nice, but I guarantee that it's squelchy underfoot down there.  At the football this morning I had to keep shifting to stop my boots sinking in the quagmire.  Tomorrow is my day for removing any last traces of mud from the house.  Actually, most of it's gone already, but I do like to restore order on a Monday. 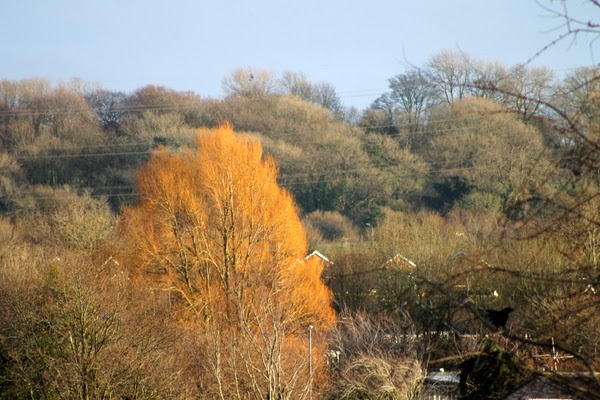 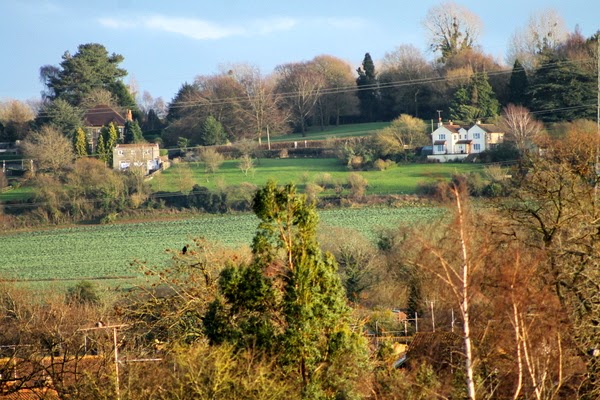