So that's it, Christmas is done, packed away for another year.  And much as I love it, I am never sorry to put everything back in the box and get back to a (slightly) more minimal existence.  Some of us survived unscathed, others were not so lucky. 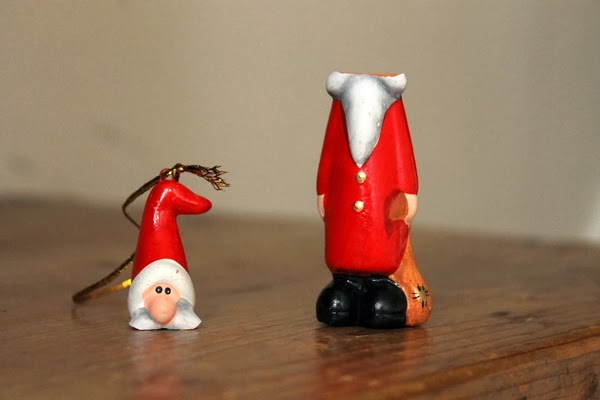 I do rather like this chap though, so I glued him back together.

I'm waiting for a break in the weather to tackle lots of outside jobs, as well as emptying and tidying the garage, which is going to be a huge undertaking, but it does need to be done, and as I like to say, if not now, when?  I have been seized by a little New Year energy, and I'm making the most of it.

The patio is looking in a sorry state.  It's not just the bare winter stems, it's things like this. 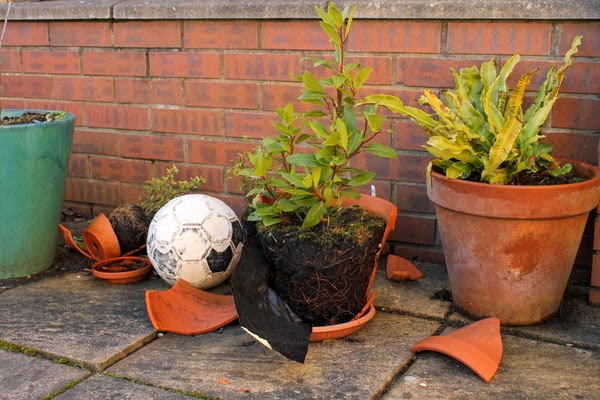 And this.  Neither of these photos were staged.  It's looked like this for days.  Sigh. 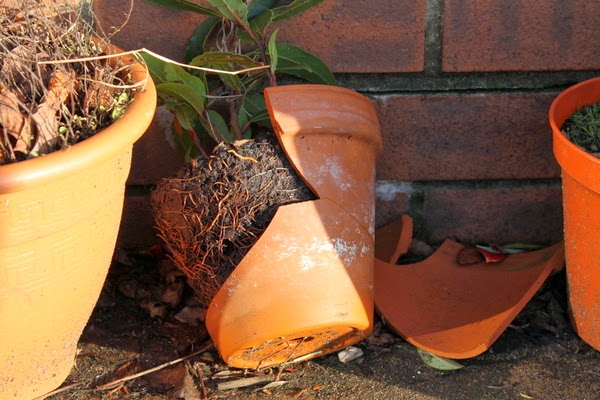 Those boys of mine aren't allowed on the grass when it's muddy, so they kick the ball around the patio instead.  I do mutter, "Mind the pots" every now and again, but nonetheless there are many casualties.  I really don't know what to do.  I don't want to stop them playing, they do love it, but equally I don't want a bare patio.  And I really don't want to stare at smashed up wreckage.  I'm wondering if I should take up the paving stones and put the plants into the ground.  Or maybe put a barrier between pots and boys, something like railway sleepers.  We shall see.  Probably I'll just re-pot things and carry on as before, until I run out of pots.  Particularly given the price of railway sleepers these days.  I'm sure they used to practically give them away...

We went to Wells on Saturday, and passed lots of waterlogged countryside. 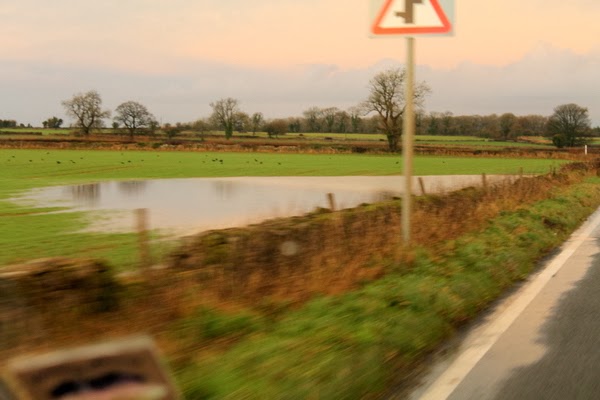 Believe it or not, the picture below is a field.  Even though there's a confused seagull at the edge of the water. 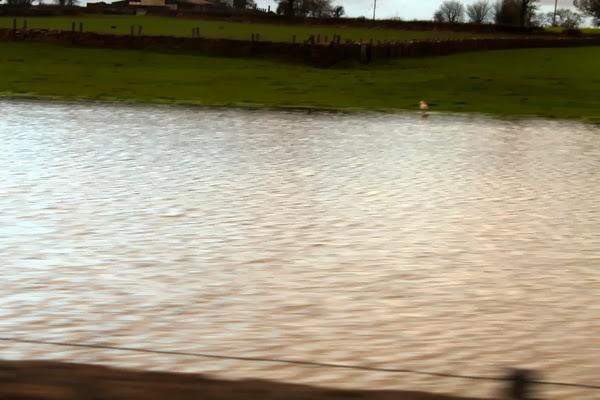 Apologies for the bad photos, they were taken at sunset from a moving car.

I just missed the actual sunset in the mirror, it would have been a nice shot.  Instead I got this. 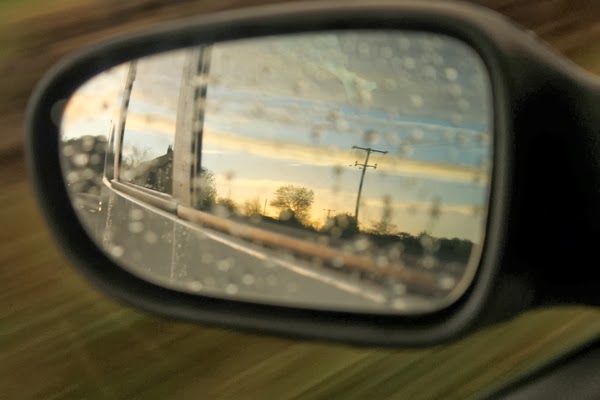 If I had a pound for every photo I've missed...

It's actually stopped raining here today, although I know that some areas are still really suffering.  The view from the top of the house was lovely, after all of the recent gloom. 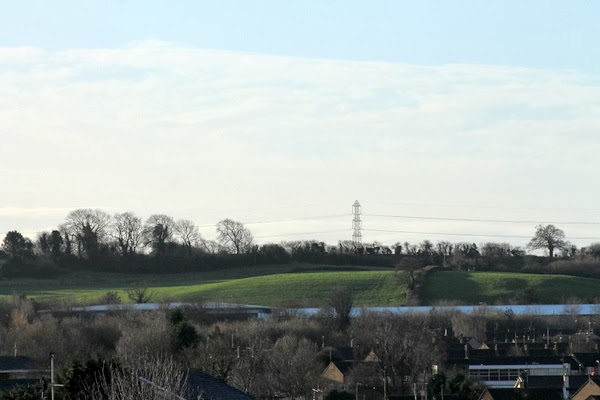 At this time of year you can just see the Tudor castle, and if the chimney on the left wasn't there, you could see the church as well.  You can just make out the gold weather vanes at the top. 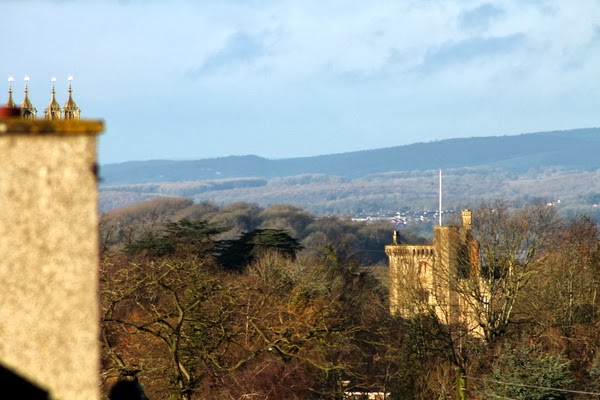 And in the distance, the mighty Severn. 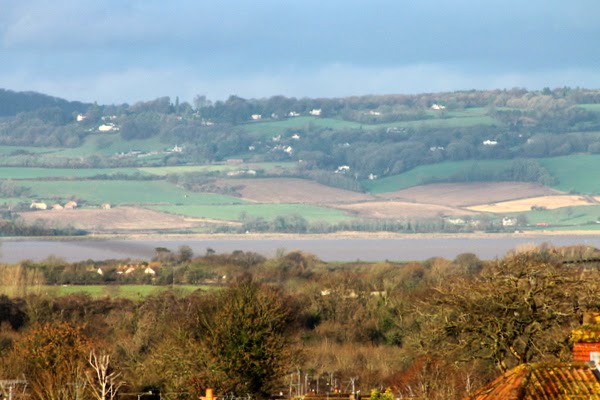 It looks innocuous from up here, but don't be fooled.  Upstream it has burst it's banks, and places like Tewkesbury are once again flooded.  A difficult start to the New Year for so many.

I took the children for a last trip to the library at the end of the holidays.  And I found a couple of gardening books for myself while I was there, including a book about seed saving, which is something I'd really like to do.  I find it quite confusing as to what can be saved and will grow true, and what will not.  Hopefully this book will enlighten me. 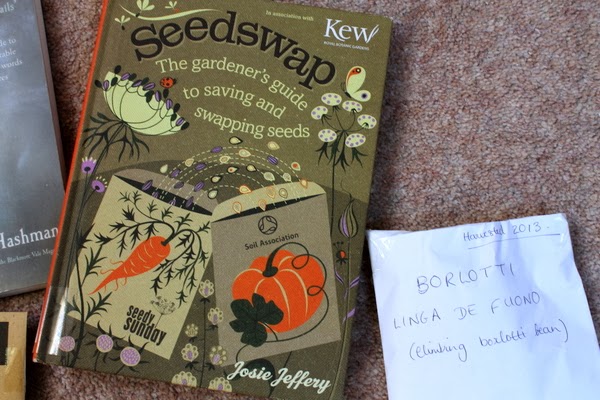 I looked through my seed box to see what see of my own I had. 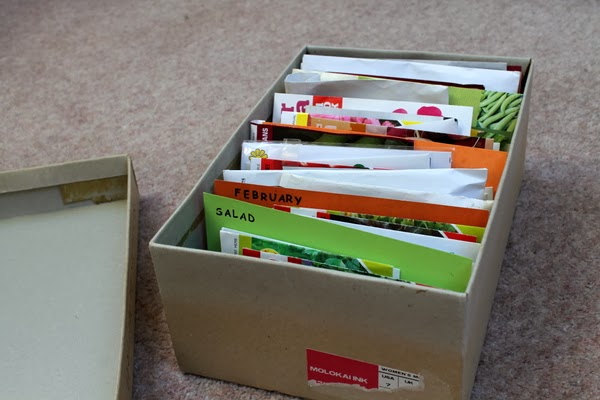 The answer was, not much.  Three packets, and one of those was from a greengrocer squash.  Hopefully next year I'll be able to save more though, now that I have the manual. 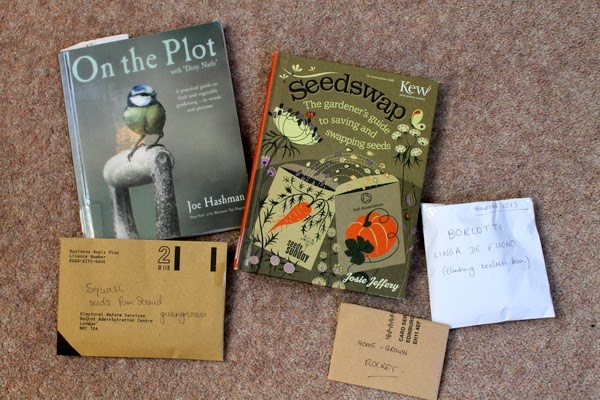 The seed saving book really does look very useful, everything is explained right from the basics onwards. 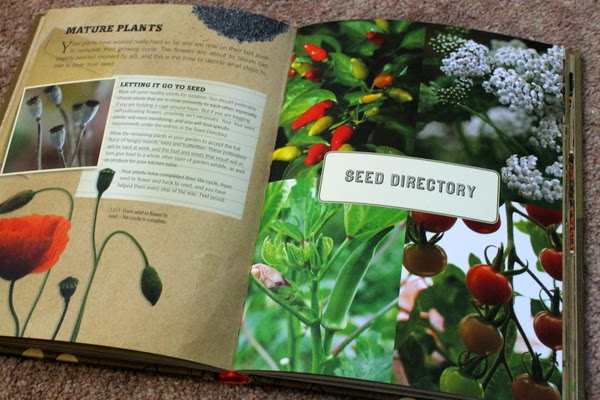 It was a pleasure to find a book with so much information in it.

The other book I found was a week by week account of allotment life, with lists of jobs to be done each month.  I'll have a browse through it over the next few weeks, and hopefully be (a little) organised come spring.  Although I'm not counting on it.

My most pressing jobs at the moment are inside though.  I'm on a de-cluttering drive, and this time I'm determined to make a dent in all of the old toys and things that aren't used much any more.  I do love the energy in January.  I'm not one for making loads of resolutions, but I do like a list or two, and I do love to get rid of things and shake up the chi a bit.  Wishing you lots of good energy for this brand new month.
Posted by CJ at 15:59