This has been so much fun! Goodbye.

I'm on a manic decluttering roll at the moment.  Nothing is safe.  I'm going deep and throwing out piles of plastic and all sorts of oddments that are no longer used.  In the darkest recesses of the garage I found what appeared to be an enormous dead rat on the floor.  In an act of enormous heroic bravery I poked it with a stick.  It turned out to be a toy hedgehog puppet.  But still, it could have been a rat, and I've impressed myself more than you know by not screaming.

Every so often as I declutter I have a Moment.  I'll pick up an old toy, one that each little boy played with in those long, happy pre-pre-school days, and I'll be a bit sad that things have moved on.  This was one such toy. 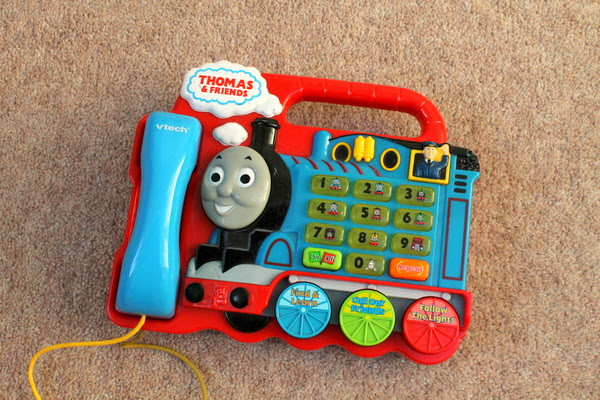 Fairly hideous, I'm sure you'll agree.  But the little people loved it.  It ended up living in the car, and on too-long journeys or when little people were sleepy at the wrong time, it was handed over to the back seat, and the noise of beeps and questions and cheering would fill the air.  As I picked it up and put it in a carrier to go to the charity shop I happened to press the "off" button, and the familiar voice said jauntily, "This has been so much fun!  Goodbye."  It stopped me dead in my tracks.  Oh it was fun, it really was.

But of course everything moves on.  It must, it's the way of things, and it's right.  I try very hard not to dwell on the passing of their littleness.  Instead, I take things to the Sort-It Centre and the charity shop and I tuck a handful of special things into the cupboard for, well, you know, and I take a deep breath and concentrate on enjoying the little people right now.  Because I know that in a year I will look back at photos of today and think, how much smaller they were.  We can't go back, but we can have a really good time right now.  And it is someone else's turn to enjoy Thomas the Tank Engine.

The guinea pigs kept an eye on me while I decluttered.  This is Mrs Armitage, the adventurous one.  She channels the spirit of Olga da Polga.  The other one, Lulu, mainly likes to eat.  It never fails to astonish me how much piggies eat. 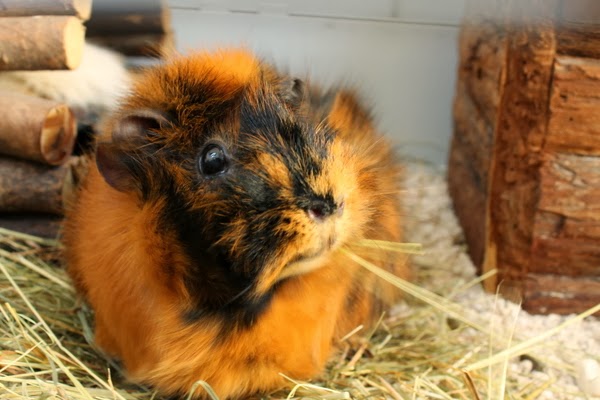 I'm still enjoying the flowers on this cyclamen.  It's been going for weeks now.  And my favourite bit is the buds, they are so beautiful in the way their petals curl neatly around.  Such a pleasure in the depths of winter. 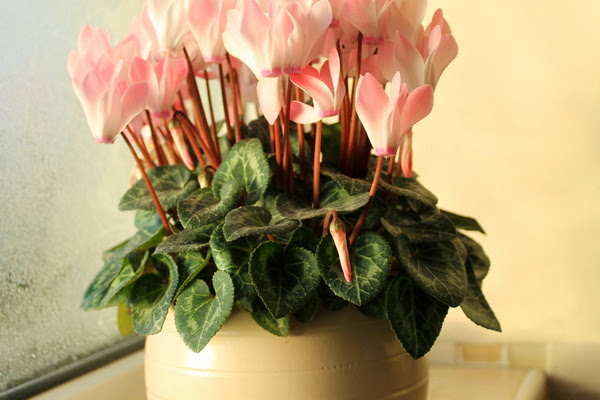 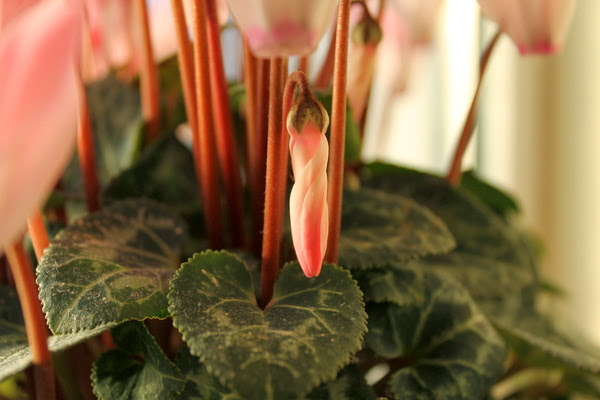 We received this lovely wedding invitation the other day.  So pretty, and so cleverly cut and folded.  The actual invitation is a hexagon card inside the folds. 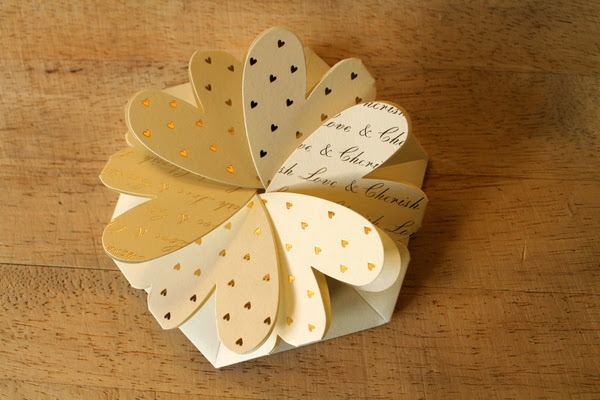 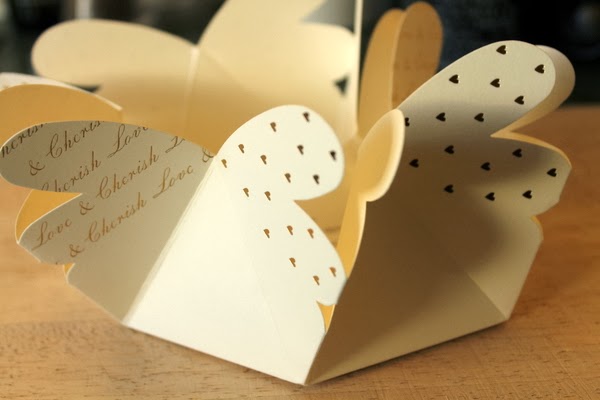 It's not until the summer, so I've got a while to ponder what exactly the boys will wear.  In the meantime I'm pressing on with the decluttering.  I've got a big to-do list, and I'm not afraid to tackle it.  Onwards, always onwards.  You can probably feel me taking a really deep breath.
Posted by CJ at 21:31