Aah, the weekend.  I've been gradually running out of steam this week, after a flying start.  But things are a little tidier at home now.  Lots of things have gone, there is space where before there was stuff and somehow my mind feels a little clearer too.  Getting something done and crossed off of a list makes me feel like I can get other things done too.  I do love the January energy.

I took most of the stuff to the local recycling centre, and managed to come back with only three things.  Firstly, two plastic plant pots to replace some of the broken terracotta ones.  No doubt they'll get broken as well, but at 50p for two I shall be less cross.  Possibly.  And I also brought back a dictionary.  At the very last moment when it was time to put it in the book bank, I snatched it back.  We do have a big dictionary already, but there's always room for another one I think.  We do love words in this house, and the dictionary often comes off of the shelf during a meal to look up the exact definition of something or other.  So it was rescued.  It's nothing special, it was mine when I was younger and it originally came from a second-hand shop, so it's quite old, but to my delight, the eldest was thrilled to find it on the bookshelf.  It's the simple things. 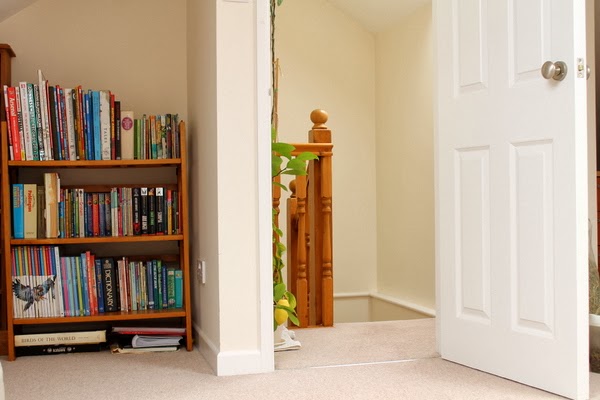 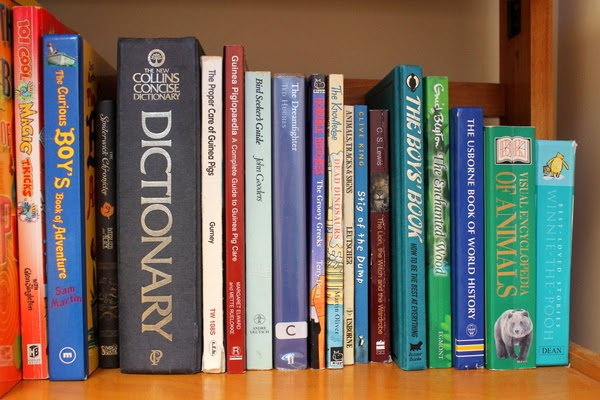 Still being watched by a guinea pig at all times.  This is the one that likes eating. 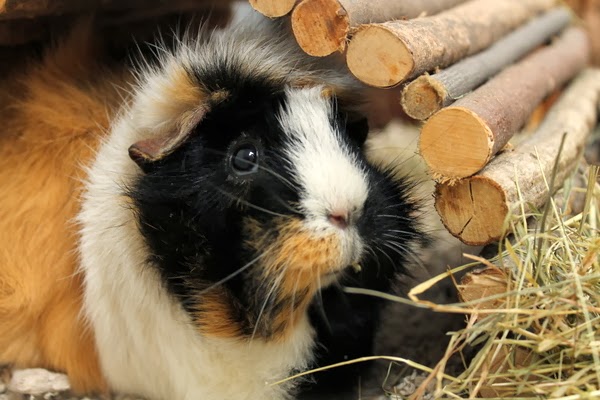 I sorted out my little sewing box this week. 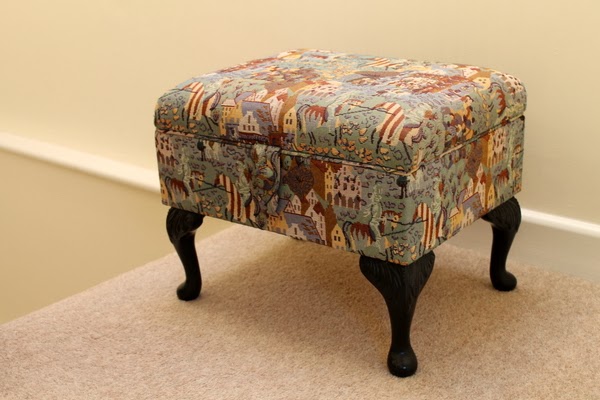 The biggest boy helped me put all the thread in colour order.  Then I dropped the whole thing down the stairs and broke the plastic tray when the middle boy got under my feet.  Did I ever mention how clumsy I am?  Me and the middle boy tend to move silently about the place, so we're always colliding with each other in doorways.  I need to hang a bell round his neck. 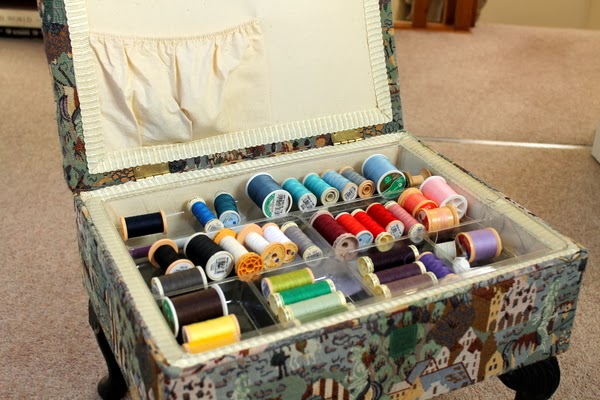 The biggest boy patiently helped me put it all back again. 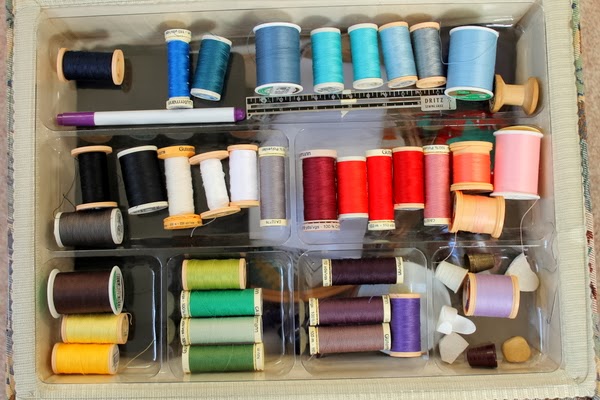 I spent a moment looking at some old things in the sewing box.  The metal gauge was my mother's, and I remember her using it when she made clothes for me.  The marking chalk and the thimble were as well, and no doubt the old wooden cotton reel too. 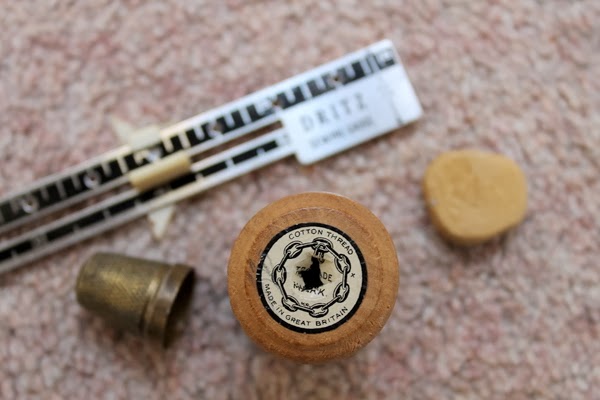 Something on my to-do list is to find a use for a couple of letter press trays I have.  I have a third one hung in the hall, filled with little 2" square photos. 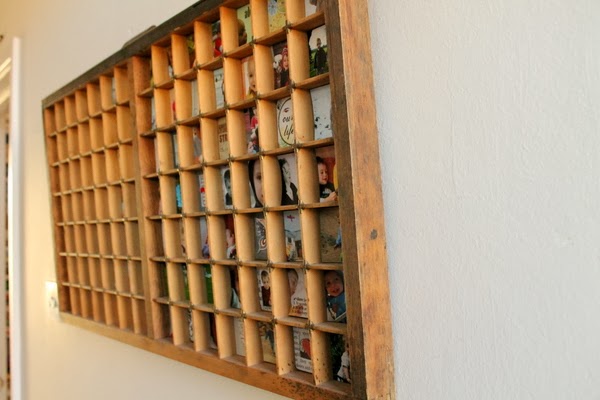 Pictures from three or four years ago, together with the odd quote, a bit of map of a favourite spot, a pretty scrap of paper. 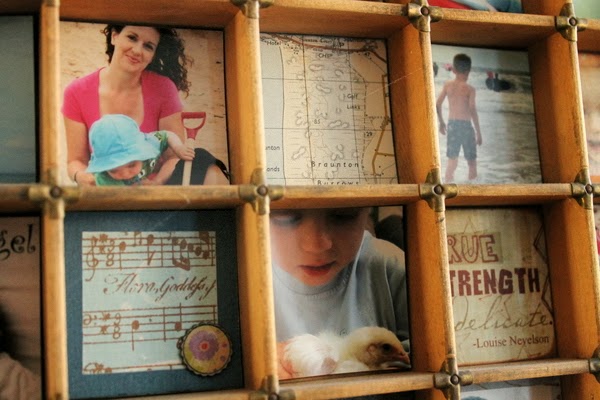 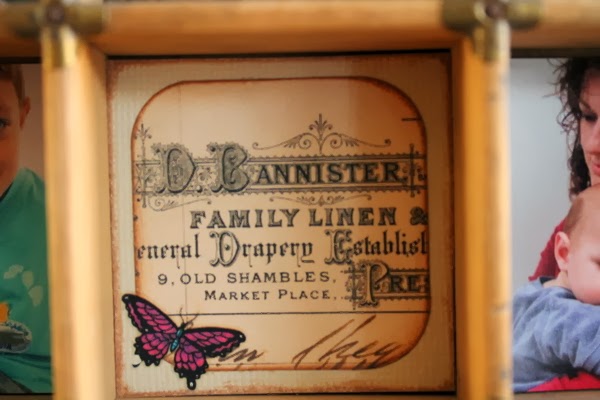 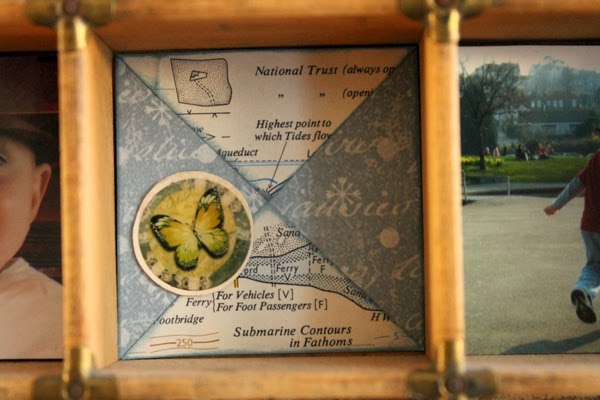 I'm a bit obsessed with Ordnance Survey maps.  I pick them up from second-hand book shops sometimes, and cut them up for various things - scrapbook pages, writing paper, covering things - I just love them.

Although I haven't done any work at the allotment for weeks (months?), we've been enjoying some allotment veggies this week, from the freezer and the store cupboard.  Yesterday I made a lentil and coconut curry with onions, broad beans, courgette and golden beetroot.  Today we had some roasted uchiki kuri squash.  I'm really impressed with how well they're storing. 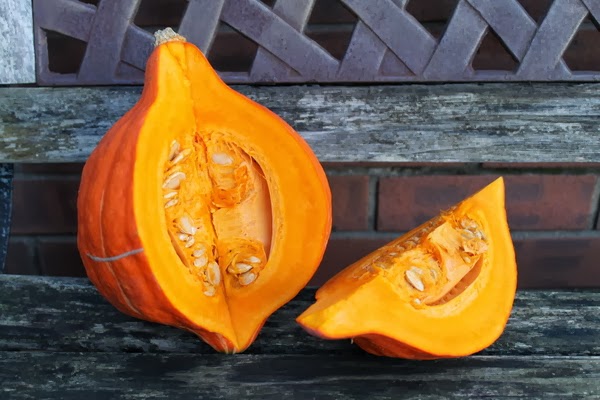 This picture was taken at sunset, hence the extra golden glow.  The rain had actually stopped for a bit, but we've had so much today that the ground is sodden.  Two out of four of the weekend football things have been cancelled or postponed.  I have to confess I wasn't looking forward to standing outside in the mud for three-quarters of the weekend.  Two down, two to go...  Wishing you all a very good weekend.
Posted by CJ at 21:22