I needed a walk today.  Just some fresh air and a wander.  I've wanted to photograph a quilt and a blanket I have for a while, outside in good light.  So this morning I made a quick trip to Purton, a little village on the banks of the River Severn.  I parked near the lovely little church. 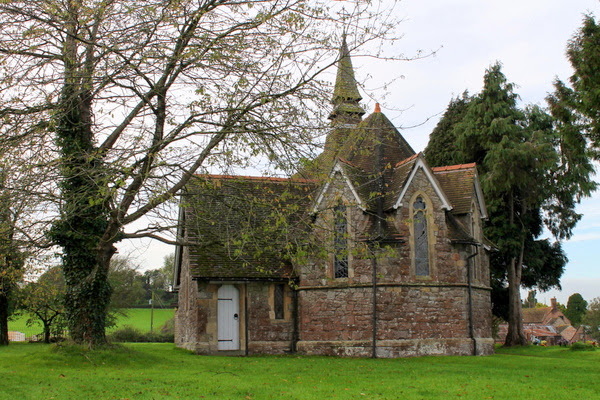 A canal runs along parallel to the river, with a tow path and bank between the two. 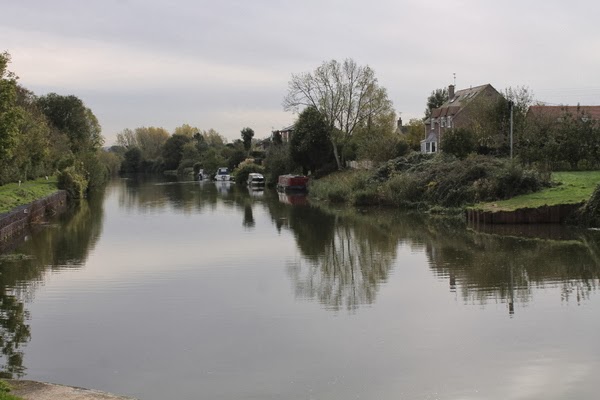 This lovely narrowboat was waiting for the bridge to swing to allow her through. 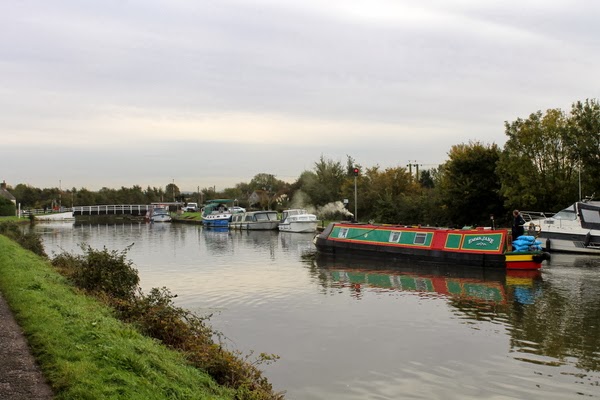 As you progress down the tow path, the space between the river and the canal narrows. 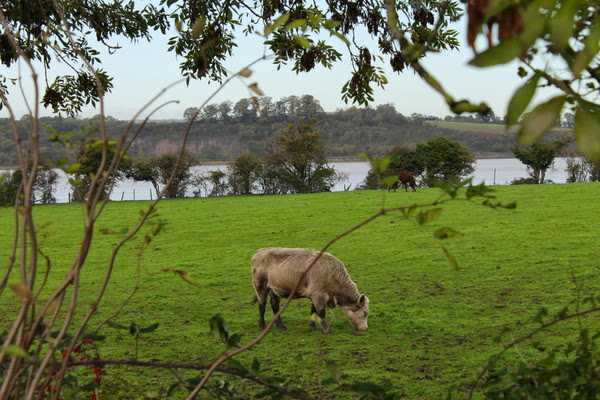 These pictures are taken from right beside the canal, and you can see how close the river is. 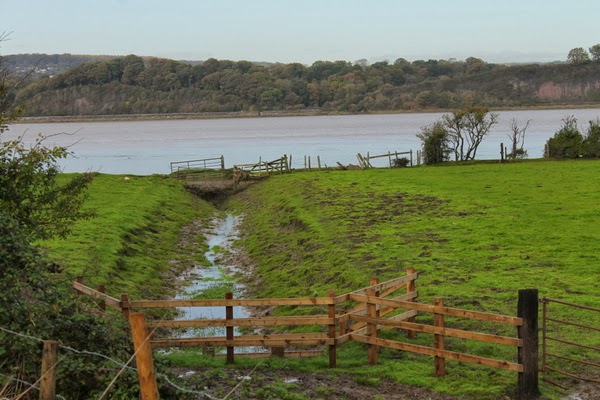 You can see how muddy it was, after days of west country rain.

But we're almost there now. 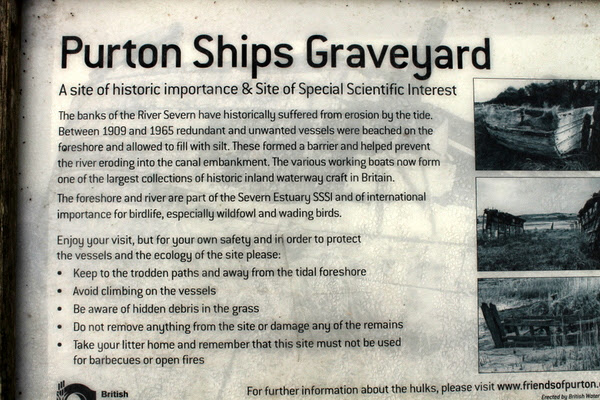 The ships graveyard.  If I had to sum up this place, this narrow, bleak strip of land between river and canal in one word, it would be godforsaken.  That's not to say that I don't like it here.  But it's not a pretty, cosy kind of place.  The river is wide and full of swirling currents and eddies and dangerous mudbanks.  The canal is bordered by odd bits of rusting machinery.  And then there's the graveyard. 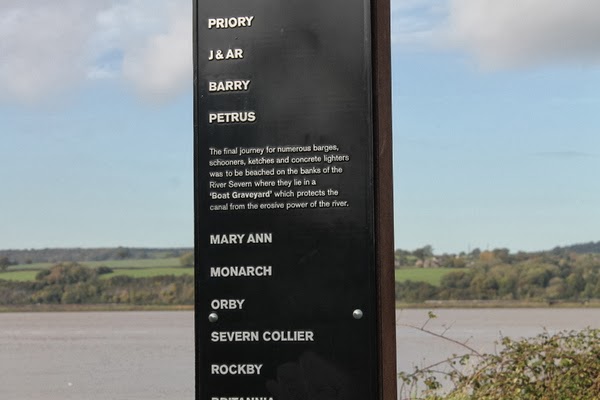 This is a tall post with the names of many of the boats that have, over the years, been beached on the banks of the Severn.   Their function, in their final resting place, is to help prevent erosion.

Past here, the boats begin.  One after another, rotting gently in the mud.  Some metal, some with decaying wooden ribs, some clearly visible and some just a few pieces left poking out of the grass. 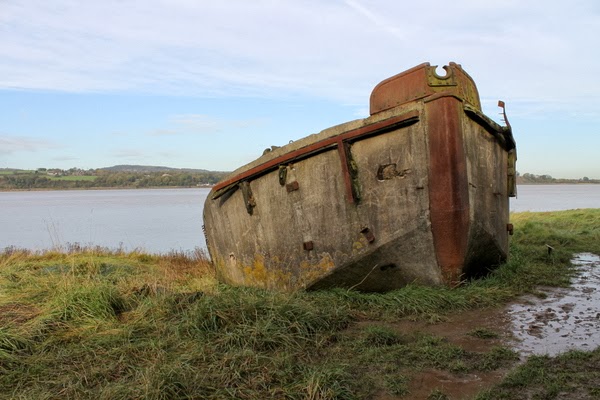 There are plaques alongside each one with a few details on.  I didn't have much time today, but one day I'd like to spend longer exploring here. 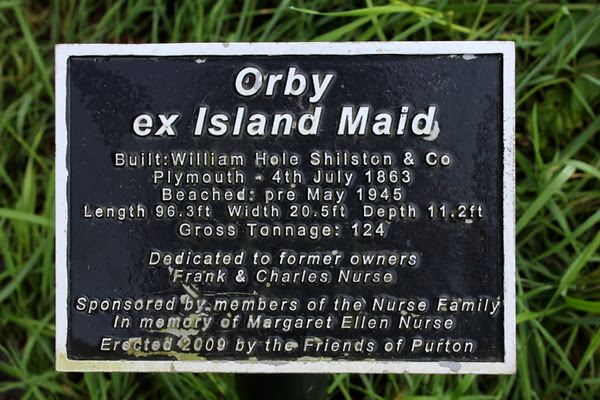 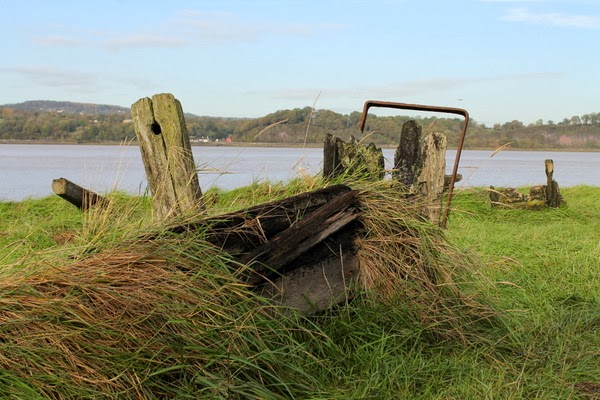 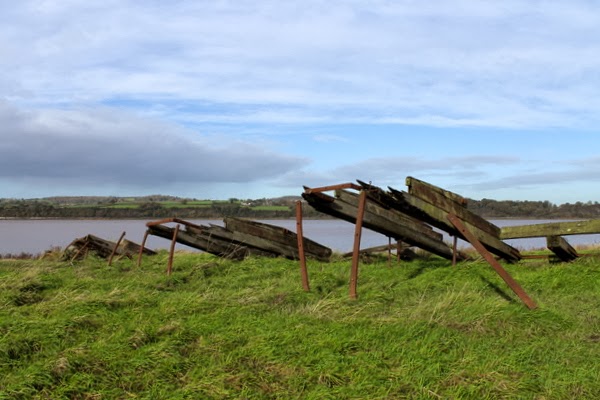 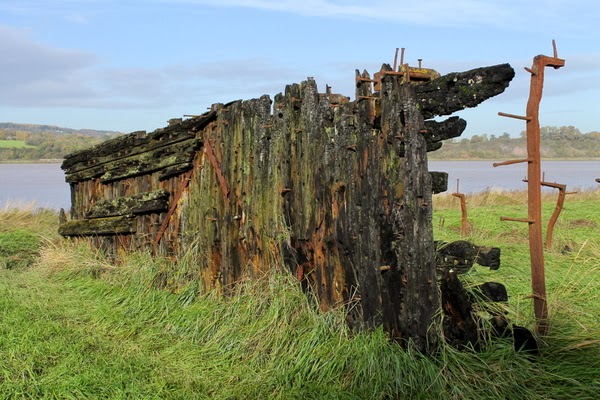 It amazes me how the wooden parts of the boats are still here.  Everything is gradually melding with the natural landscape, but despite the mud and the water everywhere there are still solid planks there, year after year after year. 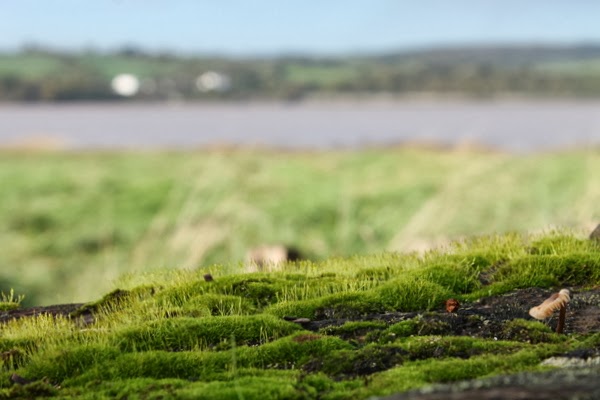 I'd had it in mind to take pictures on a foggy day, with mist drifting eerily over the boat carcases.  But I didn't check the weather, and the sun came out.  I'll try and do better next time.  But at least it meant good views across the river to the opposite bank, which is still Gloucestershire, and not far from the Forest of Dean. 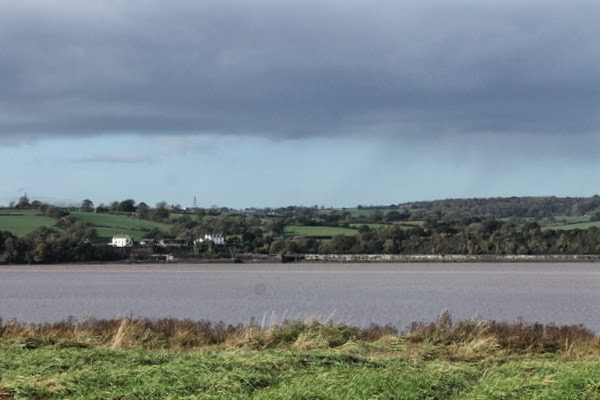 On the way back I stuck to the tow path, because the river bank was so muddy.  You can see how close the two are, the photo below is the river, and turning 180 degrees so my back was to the river you can see the canal in the following picture. 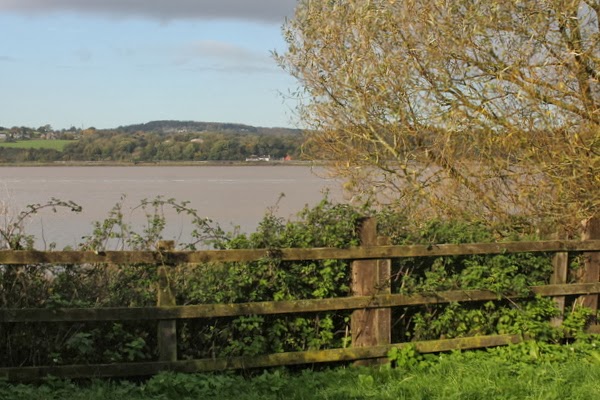 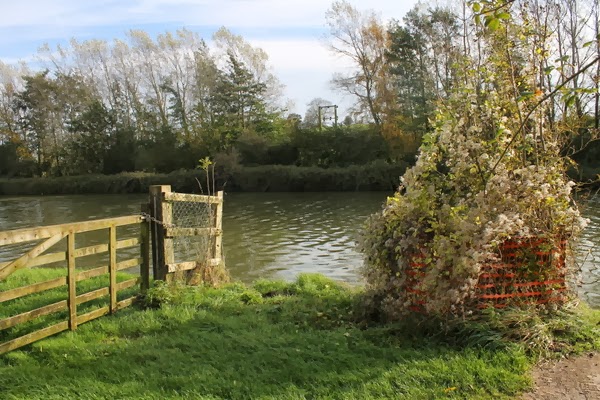 In keeping with the dangerous nature of the place I spotted masses of these berries in the hedgerow.  I think they're deadly nightshade.  If it is, it's well named.  Just a few berries can be fatal.  And it's not a good way to go. 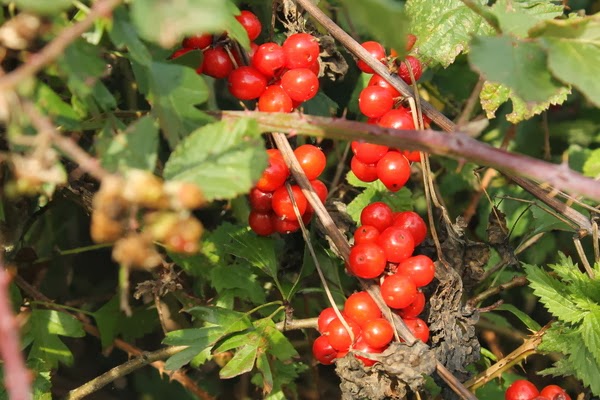 I'll put the photos of the quilt and blanket on another post.  And I haven't forgotten the bread, although I do forget to take pictures of things before we eat them.  I'll never make a food photographer.  But I do apparently have a talent.  I found this out following this afternoon's school talent show.  There was a pause at the end for everyone to bow their heads and think about their own talents.  Later on, around the tea table, I happened to mention that I couldn't think of any.  I am completely without talent.  The littlest had a think.  And then said, "You do have a talent mummy.  It's doing the washing-up."  How happy this makes me.  It doesn't have to be a big talent.  Any one will do.  I'll take washing-up.  I am pretty good at it.