A lovely half term morning, too good to be missed.  Blue sky, dazzling sun, but rain forecast for the afternoon.  We went to explore our local community woodland.

It's on the edge of town, within walking distance of our house (in fact the town is small, and everything is within walking distance of our house, which I like).  On the way we passed the new allotments.  There was a campaign for quite a long time for the local authority to provide more allotments, as the waiting list for the main site was about seven or eight years long.  To their credit they did finally come up with this little site. 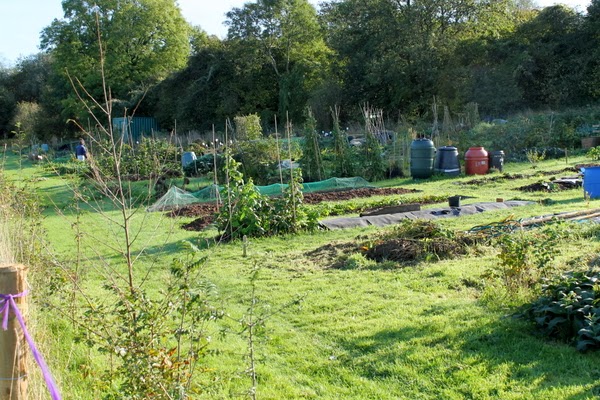 It's only one plot deep, with maybe a dozen plots in total.  It's at the edge of a field, so I don't know if there's scope to expand.  It was good to see it's been fenced now, because before there was a problem with dogs, who are regularly walked along here, running amok across the site.  The main difficulty I can see with  having a plot here is that there is no water.  I really don't know how they managed in the hot part of the summer.  One day on my plot I used an entire water butt of water.  I also have a feeling that sheds aren't allowed, which makes life a bit trickier too.  But it is good that new allotments have been created, and people are clearly putting in lots of work there.

Just past the allotments is the entrance to the woods. 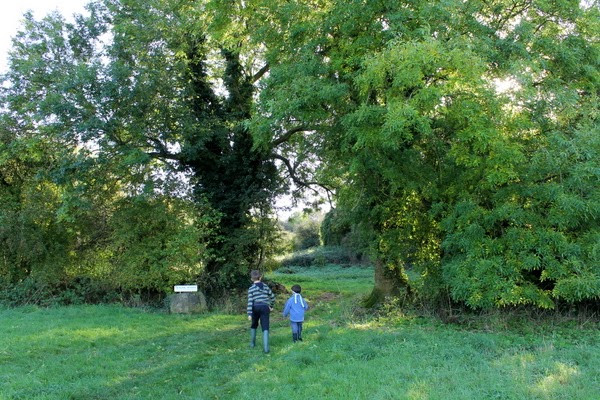 There's a map available and a figure of eight trail, which is numbered all the way round.  Hunting for the next number entertained the little people, but it did mean that one or two of them were racing on ahead, while the eldest wanted to go slowly and look for birds.  At times I was in the middle unable to see any of them.

Early on there was a climb to the hilltop, and this lovely view. 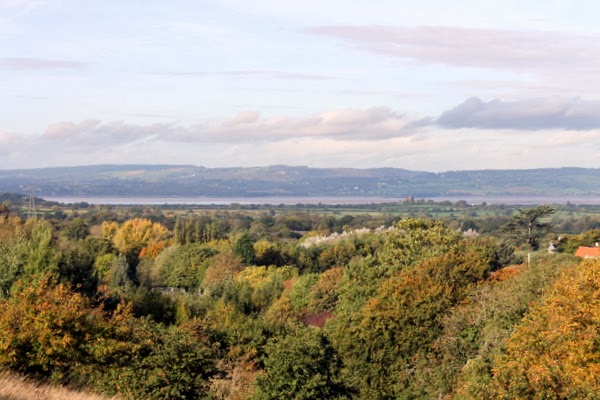 Still quite green, but the trees are mostly turning to their autumn colours now.  Then it was back into the woodland. 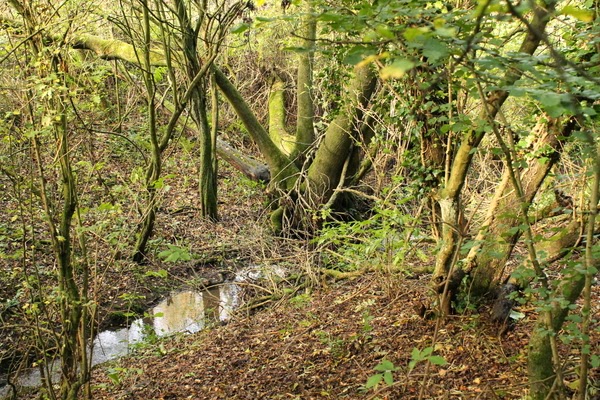 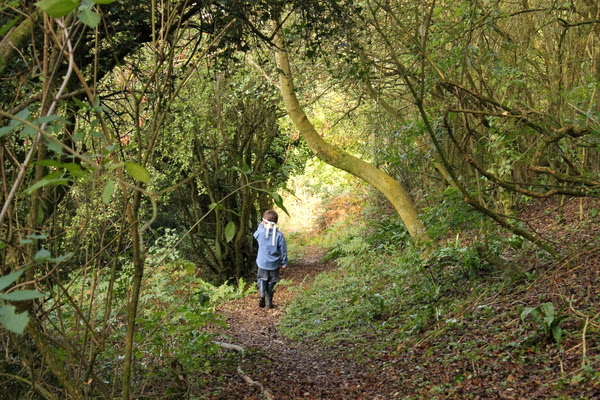 There were still a few sloes clinging to the blackthorn bushes. 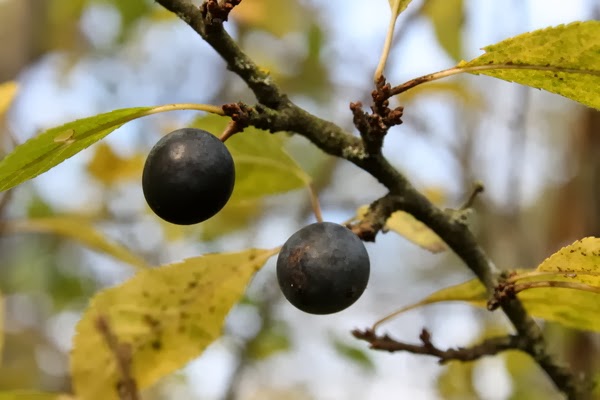 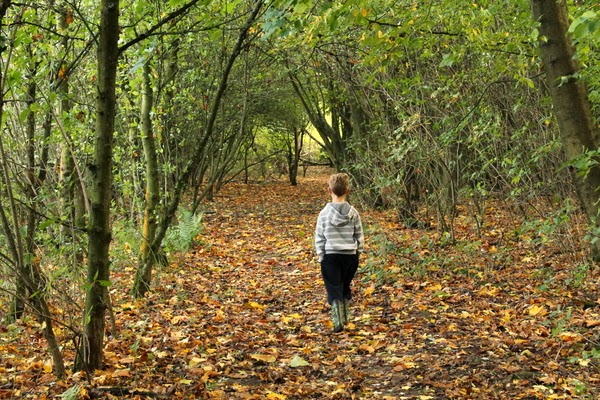 And in this glade there was a huge apple tree, with four trunks, that had littered the ground with little apples.  I tried one and it was good - sweet and really juicy.  Not quite tangy enough to be perfect, but certainly nice enough to eat.  No doubt some forest dwelling creatures are enjoying them when noisy boys aren't around. 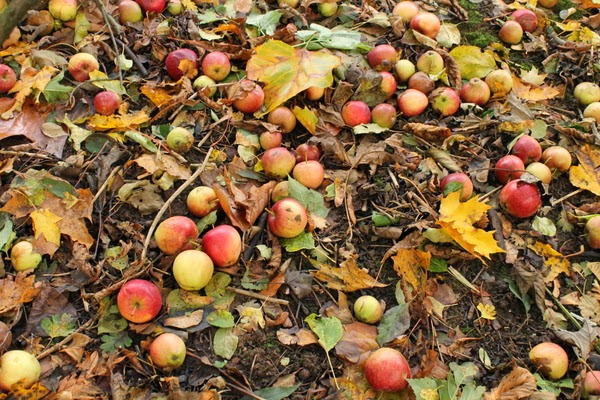 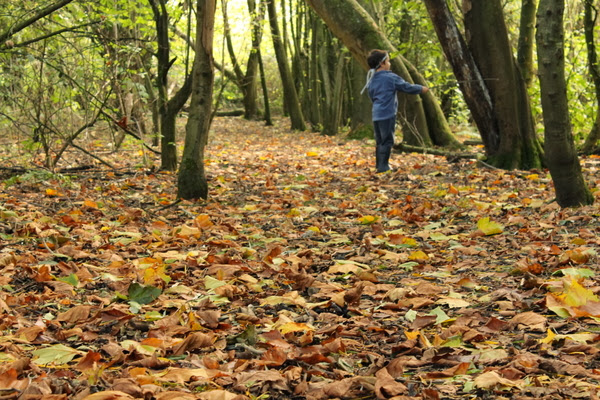 The littlest boy is wearing the belt from his bathrobe tied round his head in the style of a ninja.  He went all round the out of town shopping centre like this as well earlier in the week, when we went looking for a few necessities (mainly trousers that fit constantly growing legs).  It intrigues me how he has always been  concerned with what he wears.  The others have usually been happy to put on whatever is available.  But he has his own ideas of how he will be dressing.  And some of those ideas are quite individual.  No blending in with the crowd for this little man.  A sharp hat, sunglasses with woolly gloves, a good bag, a superhero costume, he's done it all.  There is nothing he likes more than going through his stuff and putting together an outfit.  I think he'd dress up every day if he could.  He puts it all on and then literally skips down the road, exuding joy.  Utterly invincible.  There are many lessons I could learn from him I think.

Back in the woods we found this most amazing beech tree. 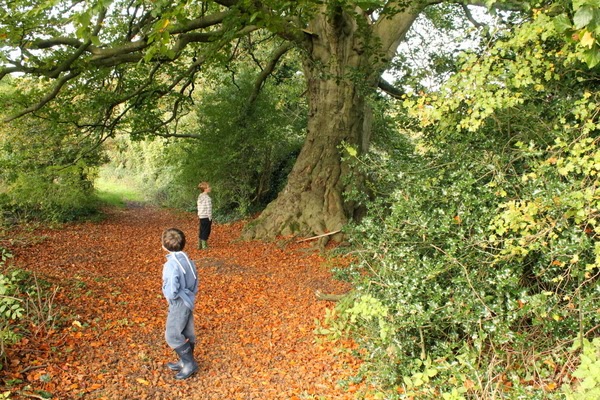 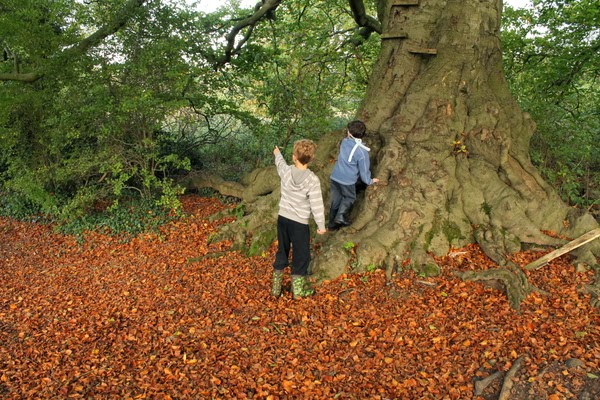 Underfoot it was deliciously crunchy from all the beech nut cases.  Most of the nuts were gone, squirrelled away no doubt.  Someone intrepid had put planks high up in the branches.  The start of a tree house maybe. 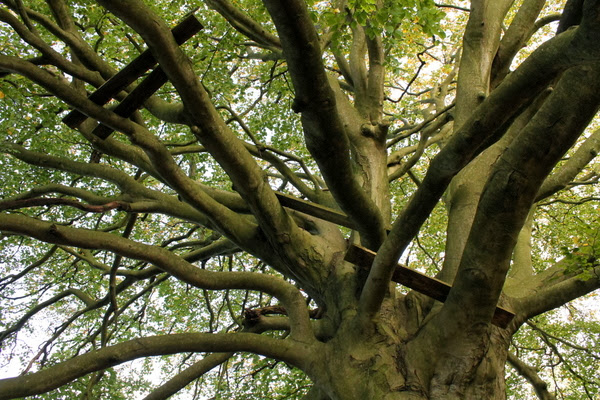 Trees like this take my breath away.  So vast and majestic.  I hope we're planting enough of them so that our great-grandchildren will be able to stand underneath them and marvel.

The textures of the woodland were beautiful, especially against that blue autumn sky. 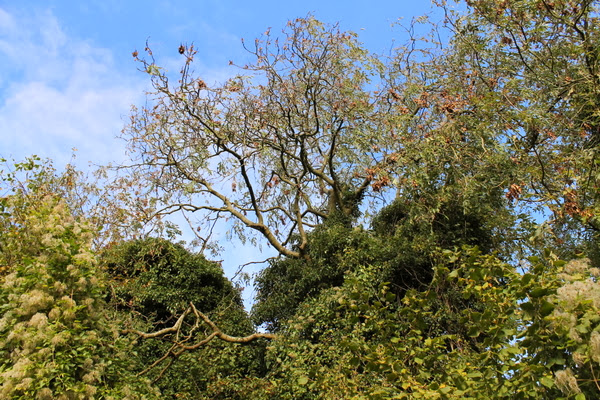 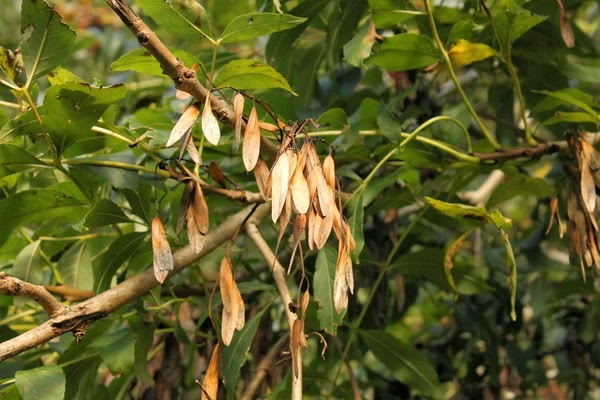 Winter is next up, and I love it.  I didn't used to, but now that we live nearer to the countryside I've found that I really do.  There's something beautiful about the turning of the seasons.  The winter feels very cleansing.  A time for the slate to be wiped clean.  Life pared down to mere survival for wild creatures.  The search for food in the short daylight hours, then shelter against the long cold night.  The miracle of the tiniest bird surviving in a vast icy landscape.  And I find a country walk in the winter puts me in the very best of moods.  There's nothing like coming in to a cosy warm home afterwards either.  So winter, whenever you're ready, bring it on. 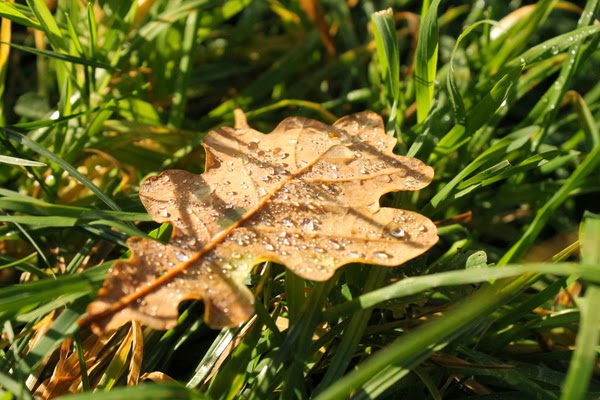 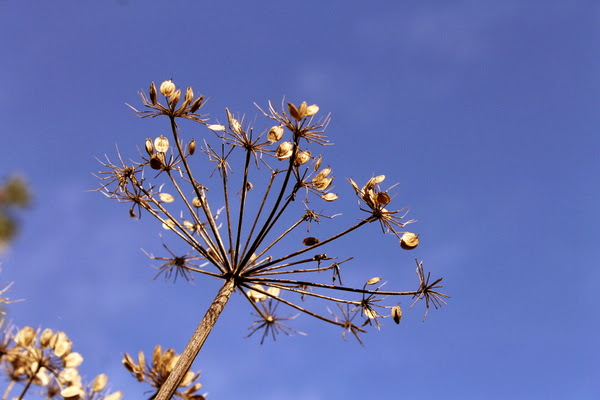 NB:  You may have to remind me of all this lyrical waxing about winter in a couple of months time, when I'm stood watching yet another football match in a subzero force ten gale with horizontal rain soaking through every layer and feet and hands so cold they hurt.  Yes, if you could remind me about all of the poetic stuff then, that would be good.  I can't vouch for what my reply will be.