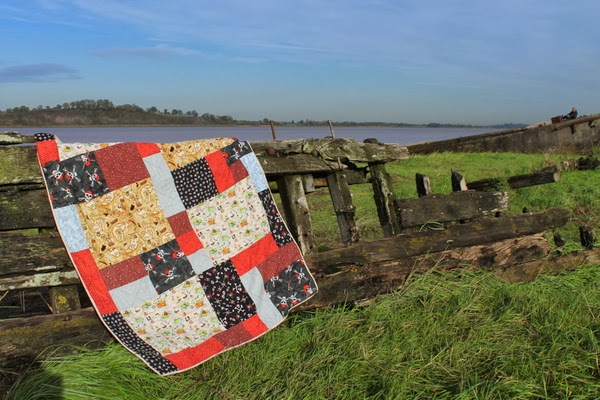 A few pictures of the pirate quilt I made for the middle boy a year or so ago.  It's the only quilt top I've sewn on the machine.  I kept the pieces of fabric big because some of them are pirate maps (ar har) and I didn't want to cut them up too much. 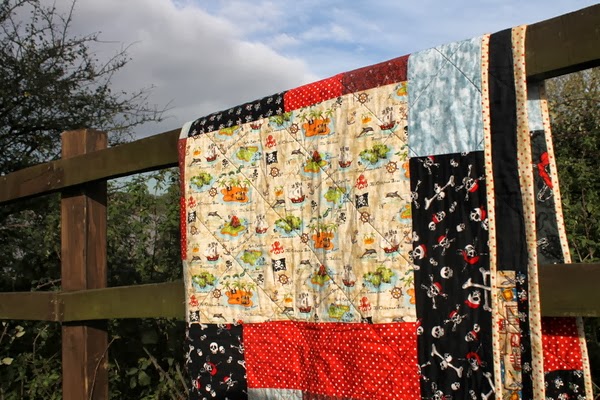 It was really so quick to make compared with the hand sewn ones I've done before.  And I made sure it's nice and thick, just right to keep a scurvy pirate sea dog warm out on the ocean wave in a drafty galleon. 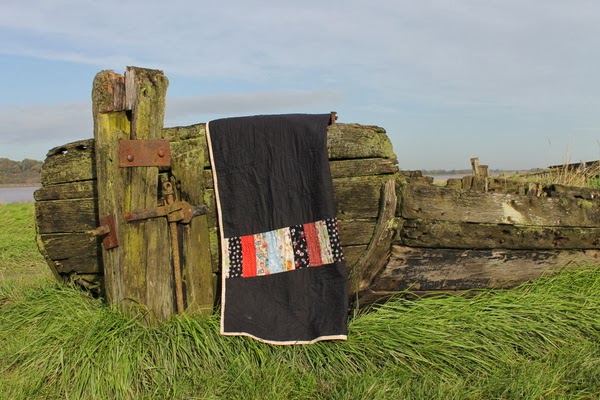 I kept the back really simple as well, just a few stripes of fabric with the rest of it a nice dangerous pirate black.

I took the photos a couple of weeks ago when I went for a walk at the ship's graveyard. 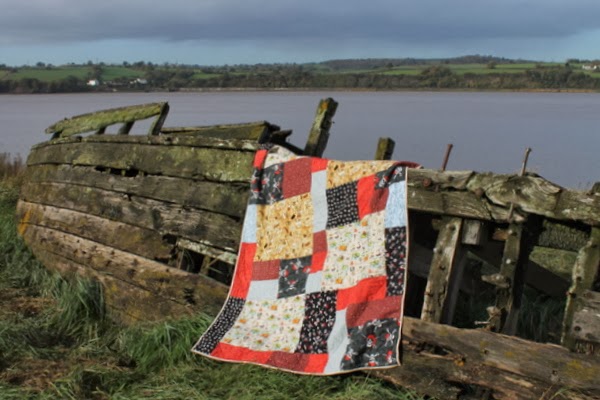 A shame there wasn't a pirate ship drifting silently past in the background.  Maybe once upon a time there was...

While I'm passing, I'm after a little advice from any growers out there.  Which potato varieties would you recommend?  I'm thinking of planting a couple of types next year, and apparently it's time to get the order in.  I also need to do the seed order by the end of the month, to take advantage of the one-third off that the allotment society receives.  So if you have any other suggestions of a particular variety of thing that never lets you down or something you've really enjoyed, I'd love to hear them.
Posted by CJ at 21:25