A few things from my week.  Frost, followed by beautiful sunshine and clear skies. 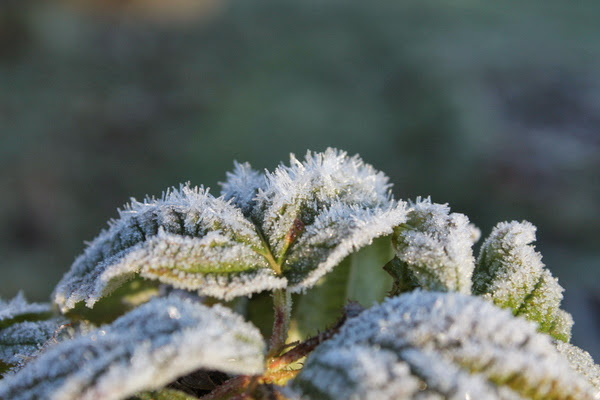 A football scarf knitted for the littlest boy.  It was originally supposed to be for sharing, but as it happens he doesn't much like to share and he's very good at getting his own way.  So he's claimed ownership and no-one who values their eardrums dares to contradict him.  The colours are those of our town's football club, the team his brothers play for.  I wanted to add a fringe.  He most definitely did not want a fringe.  He does know his own mind, this little boy of mine.  So there's no fringe. 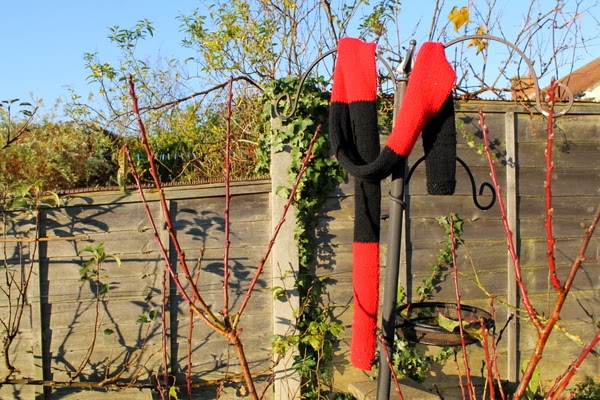 Inside, it was time to do the seed order.  It's done via the allotment association so there's a discount of one-third.  I've tried to be sensible and only order things that everyone likes.  Although I do have an overwhelming urge to grow some of those enormous blue squashes.  I'm trying very hard not to, as I'm the only one who really likes squash.  But we all know that I'll end up sowing a few, and then planting all of them out, even the extra ones that I only sowed in case not many came up.  I'm sure you can put squash flesh in cakes though, can't you..? 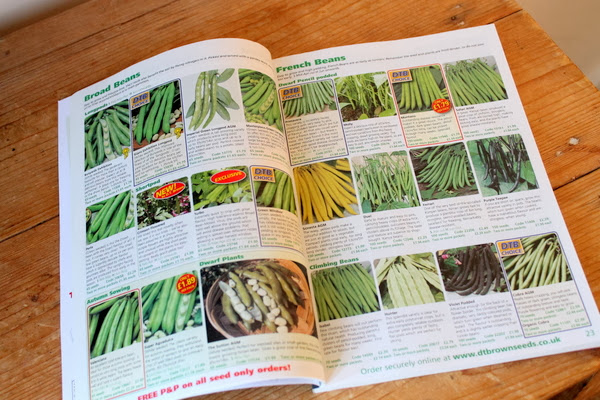 I've also been browsing a lovely allotment book I won in Jo's giveaway.  I've never won anything in a giveaway before and I can't tell you how thrilled I was.  It's full of fantastic allotment ideas, and pages to jot things down in.  I'm not going to save it, or keep it in pristine condition, I'm actually going to use it to write notes on varieties tried, planting times, useful suggestions etc.  I've learned over the years that these things are for using, not saving.  Too many times I've kept things for best, or for a special time, and they end up not being used at all.  It will be really helpful to have somewhere to keep all of the information that I currently jot down on old envelopes and scraps of paper.  All the useful tidbits that I read on various blogs will have a home. 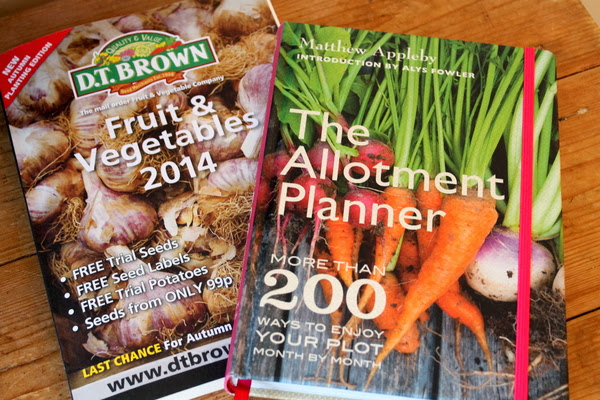 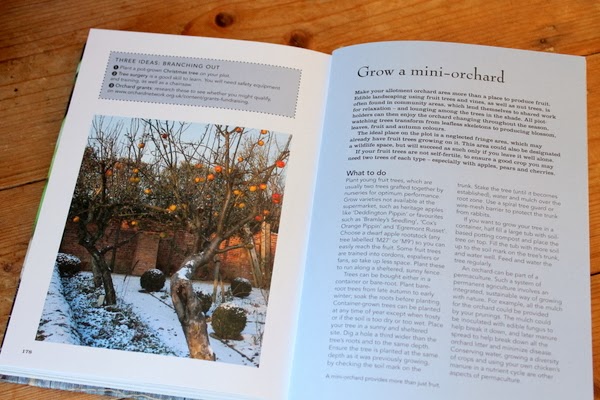 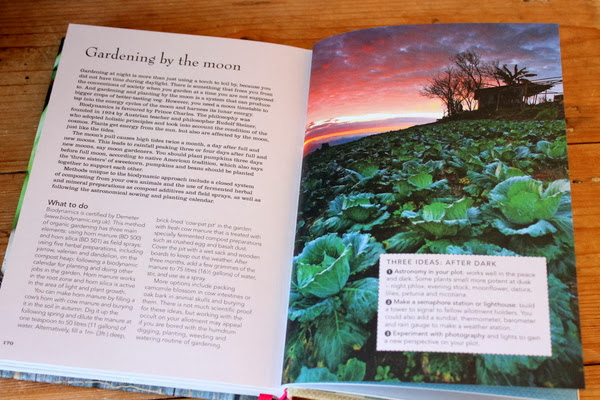 I've bought my calendar for 2014.  I always find I need as big a space as possible because sometimes I need to fit in several things in one day.  It took me a while to find one with maximum writing space, but last year I found this... 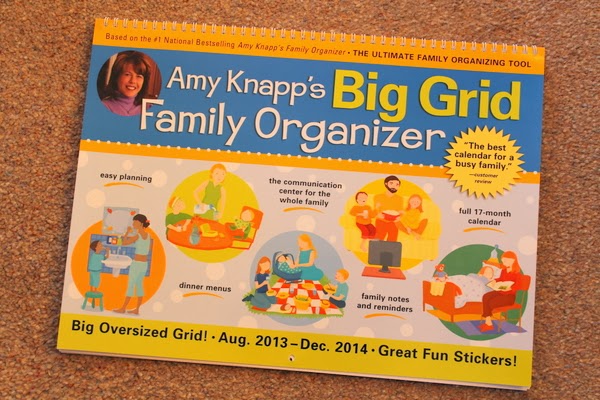 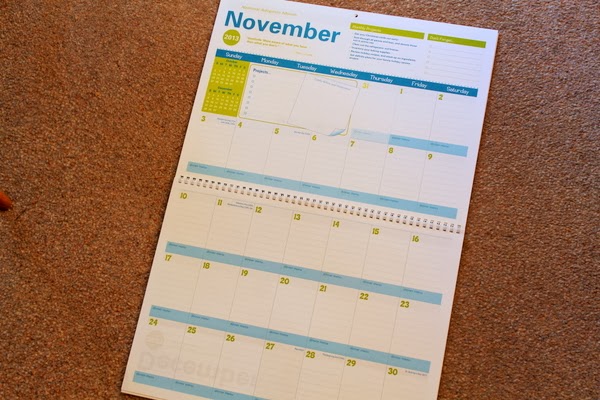 ...and I have to say it's perfect.  Loads of space to write in all the stuff of life, as well as a couple of areas for notes.  I always pause a little when the new calendar arrives.  I riffle the pages and wonder what they will hold.  But I don't dwell on that for too long, I'm quite happy to wait and deal with it all when it happens.

I'm kind of wishing my middle boy's chosen reading books didn't have names like "Mangler, the Dark Menace" and "Brutus, the Hound of Horror". 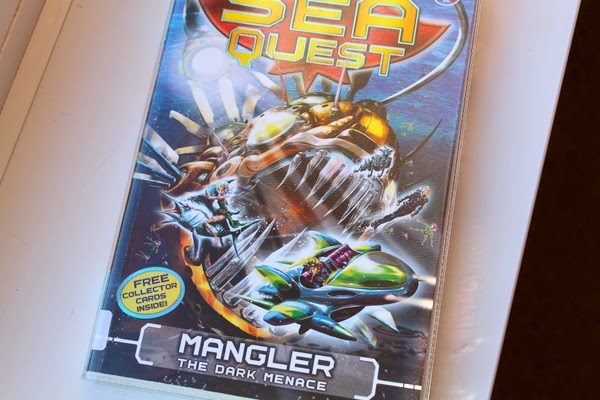 I'm trying to steer him towards "Stig of the Dump" and "A Bear called Paddington".  But unfortunately he seems to like a little dark menace in his life.

I made a short trip to the allotment yesterday.  I pulled up a few weeds, put down some cardboard to try and stop more coming up in their place, attempted a bonfire (too soggy) and took a couple of photos of my scarf - which is more my colour than the red and black one. 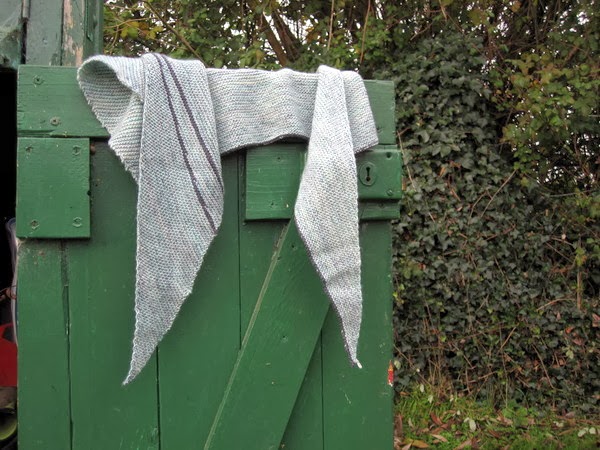 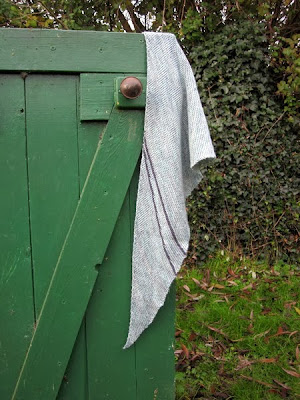 I'm really enjoying the long dark evenings.  No guilt at not being outside doing things.  The lights are on, curtains are drawn, all the little people and furry things are safely stowed away in their nesty places and there's just me and my laptop or book. 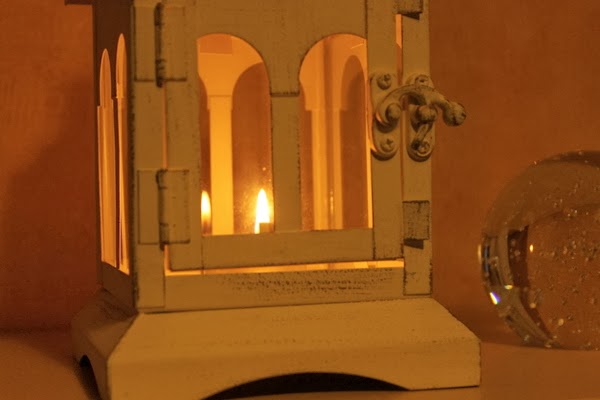 I've just finished PD James's "Death at Pemberley".  Not really sure what to make of it.  It's a sequel to Pride and Prejudice, with a murder in the Pemberley woods.  I was quite enjoying it until the murder, then it all got a bit tedious.  I was glad to finish it in the end.  I don't think people should mess with Jane Austen.  She cannot be equalled.  Although it's possible that "Mangler, the Dark Menace" comes close.
Posted by CJ at 21:22