I've spent the day washing bed linen and watching it dry in the growing breeze.  Rain is coming after a long dry spell and I wanted to take advantage of being able to hang things outside while I could.  The beds are made now, little people are snuggled into fresh sheets.  Windows will be closed soon, squashes have been stored in the garage and outside things have been put away.

It's been a good week, almost like summer during the day.  It started with the mini football tournament that was the littlest boy's first official match.  How big he looks now.  He scored a goal from a free kick and did a world class slide tackle, so he was jolly happy. 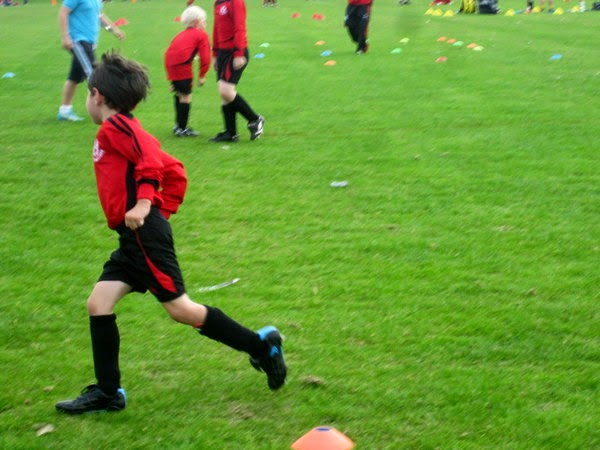 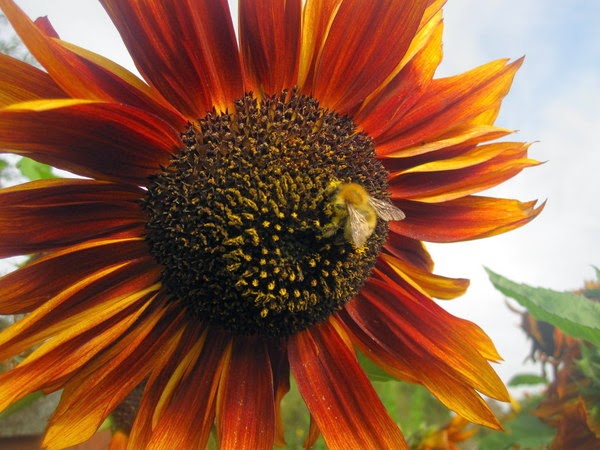 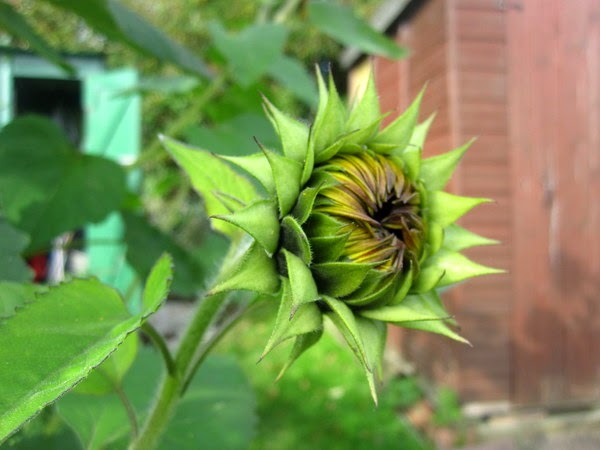 I'm making the most of the last of the salad crops.  Cucumbers and tomatoes will end soon.  Lettuce will go on a while longer, but the end is nigh. 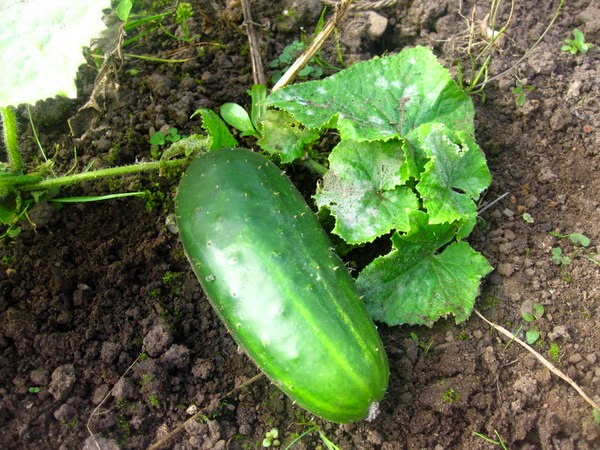 Thursday was harvest festival at the church.  I remember harvest festival when I was little, there were always baskets of fruit and vegetables from the garden and homemade jams and chutneys.  Now they like to have tins from Tesco.  It just doesn't look the same displayed up the front. 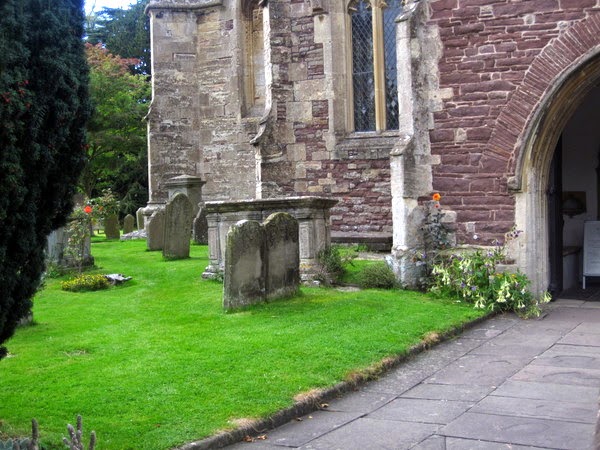 When the service ended there was half an hour before school pick-up time so I went for a short walk with the other half, down past the castle and off across the fields. 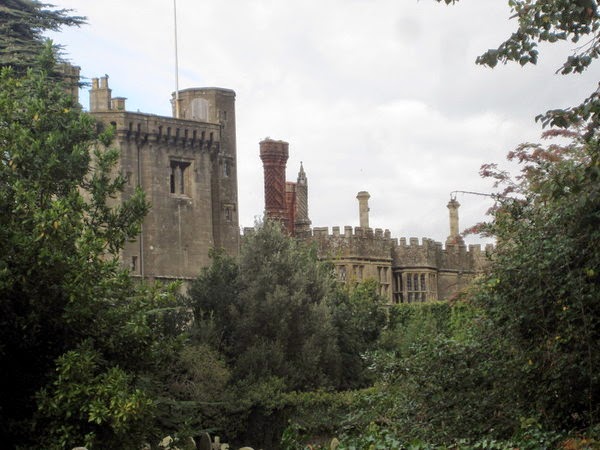 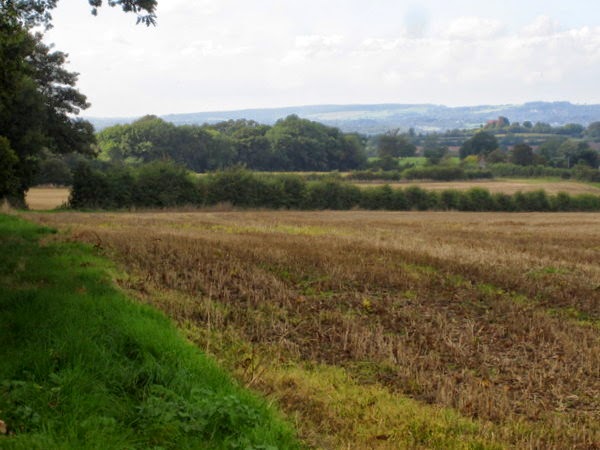 Just as we turned to come back the farmer let a whole field of cows across the track. 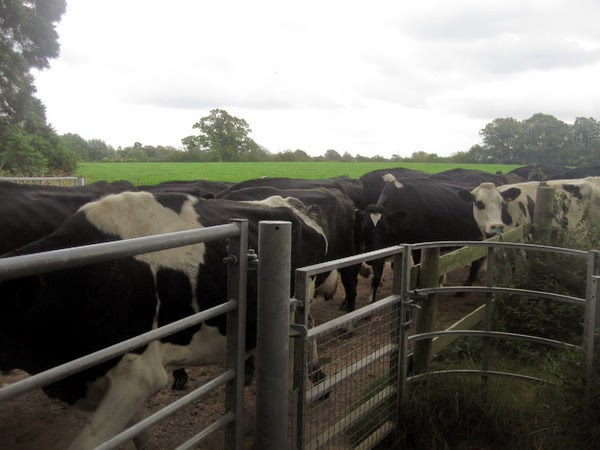 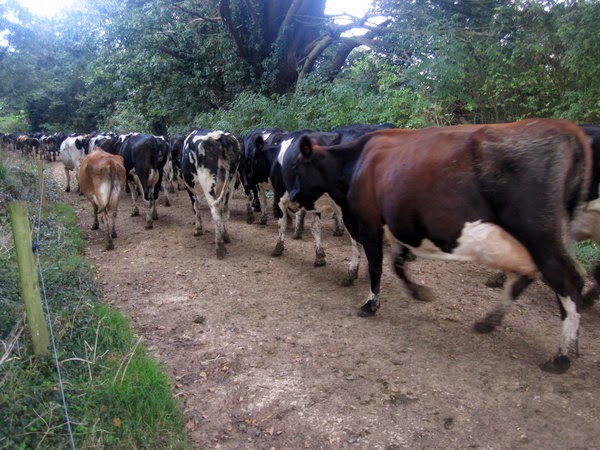 There were dozens of them, moving quite quickly, obviously in a hurry to be somewhere, and quite, shall we say, muddy.  But time was pressing, so in the end we dodged in between them.  Probably not good farm etiquette, the ones that we walked in front of stopped dead.  I muttered, "As you were ladies" as we shot off up the track before we were rumbled by the farmer as impatient townsfolk.  We made it back in the nick of time, happily untrampled.

There was a bit of a birthday that day as well, but no need to dwell on it.  Nice slice of carrot cake, happy handmade cards, lots of hugs, nuff said.

I'm almost looking forward to a little autumn weather.  My pjs are on, I'm curled up in the sofa, I'm knitting a scarf, I'm ready.  Wishing you a good weekend.  CJ xx
Posted by CJ at 21:43