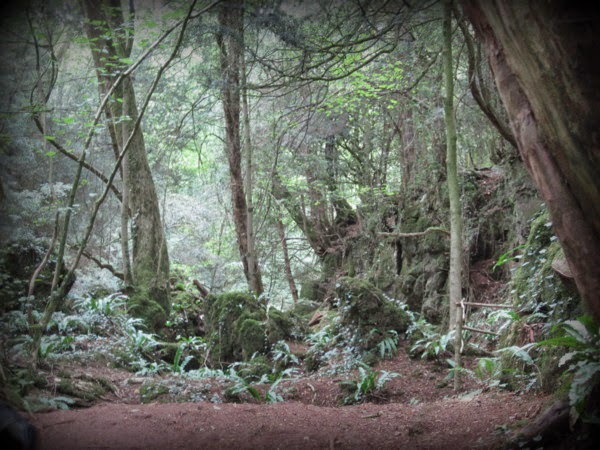 Hallowe'en for me is a time when the blood quickens and the senses become more alive, as the temperatures drop and the darkness envelops us.  I occasionally mention here how I like to picture the past, and I often wonder what it was like to try and survive before this age of convenience and luxury.  I imagine there was fear in the darker months of autumn.  Ahead lay winter, with biting cold, food that might not last until spring and a chance of sickness and death.  No wonder then that as people faced this they turned to superstition and magic. 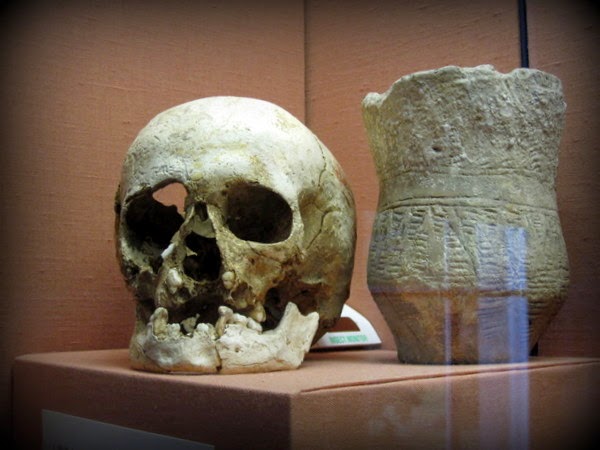 It is said that at Hallowe'en the souls of the departed and the beings from other worlds may cross more easily into our world.  The true origins of our modern festival have been lost in the mists of time, but the traditions we now have are doubtless directly descended from ancient folklore.  Feasting and bonfires to mark the end of the harvest, sacrificial offerings and homage to the dead.

I prefer a more natural Hallowe'en than the orange Chinese plastic one sold to us by giant supermarkets.  I like to walk in the countryside as the sun sets, always sinking faster than I expect, always with that feeling that maybe I won't reach the safety of hearth and home before darkness claims me. 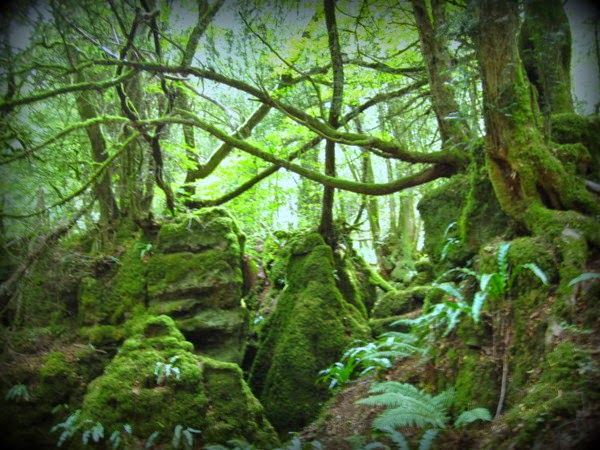 These are shots of Puzzlewood, a strange and atmospheric wood not far from here.  The paths are sunken below the ground, so that you have to look up at the tree roots.  It is said to have inspired Tolkien in his creation of Middle Earth, and programmes such as Merlin and Dr Who are filmed here.  It is a unique and oddly unsettling place.  The light is low beneath the trees, down in the ditches where slippery tracks run between huge rocky outcrops.   The stone is covered with moss and ferns.  A witch lives in a cave deep in the heart of the wood.  I imagine she is the sort of person you would visit in the desperate darkness of winter when you had nowhere else to turn. 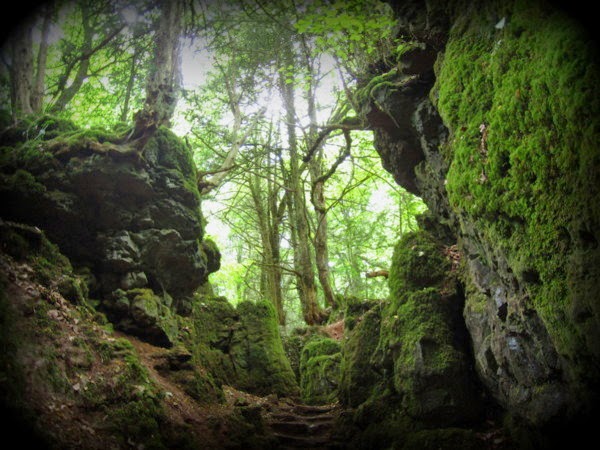 The colours of the witch's world are where I look for Hallowe'en.  The fathomless black of the stone shadow, the mossy greens of damp forest foliage, the chestnut brown of fallen leaves and acorns, the neutral beiges of toadstools, the occasional flash of a red berry or fly agaric.  Ingredients for potions to lift curses and cure ills.

When you consider the bleakness and danger of ancient winters, you can understand why people were happy to believe in the power of a witch.  In a time before supermarkets and hospitals, when it was just you and those you love, alone in the darkness, when hunger and sickness could finish you, how could you not believe in magic?

What is The Colour Collaborative?


All creative bloggers make stuff, gather stuff, shape stuff, and share stuff.  Mostly they work on their own, but what happens when a group of them work together?  Is a creative collaboration greater than the sum of its parts?  We think so and we hope you will too.  We'll each be offering our own monthly take on a colour related theme, and hoping that in combination our ideas will encourage us, and perhaps you, to think about colour in new ways.
Posted by CJ at 06:52