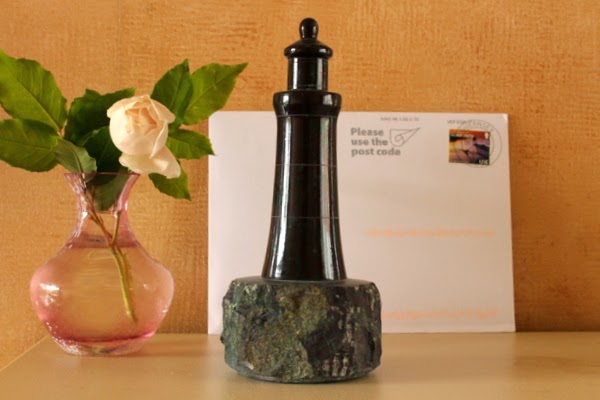 A little post waiting to be opened.  Yesterday was the day, the biggest boy's eleventh birthday.  We bought him a stamp album with some bird stamps and a typewriter.  All things that he'd asked for.  He was thrilled.  I'm always happy when the boys are grateful for their gifts, when their friends have i-pads and Kindles and smart phones and all sorts of everything.  No doubt the time for a laptop is not far away, but we're not quite there yet. 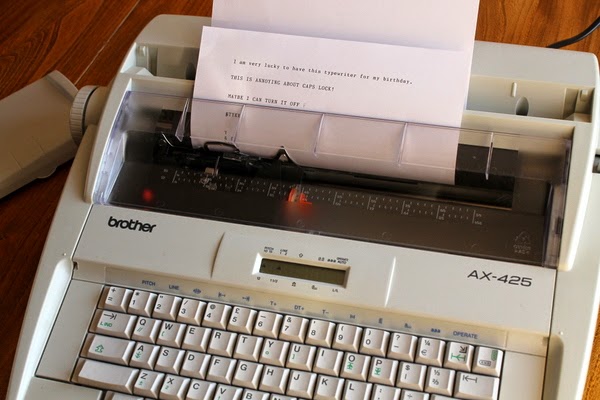 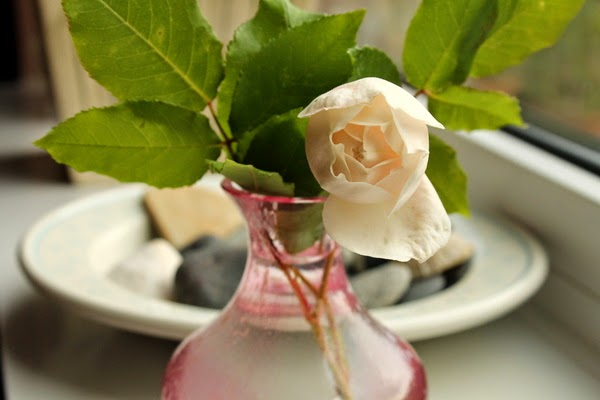 I found the rose being blown about madly in the garden and rescued it to be enjoyed inside.  Hasn't the weather been wild and autumnal?  Not much outsideyness this week.  The lighthouse belongs to the middle boy.  He saved all of his pennies for ages, and bought it at Lizard in Cornwall in the summer.  He spent ages deciding to buy one and then choosing the right one.  He's a lot like me, even the simplest decisions (what do you want in your sandwich?) have to be carefully considered for ages.  Anyway, I'm glad he chose something that he can keep for a long time, rather than a bit of plastic.  It's made of a type of serpentine rock, which I think is unique to that area.

I've been in the kitchen more this week.  A reaction to all of that wind and rain.  I made these with coconut, cashews and dates.  I decided they were a health food and it is therefore acceptable to eat them two at a time. 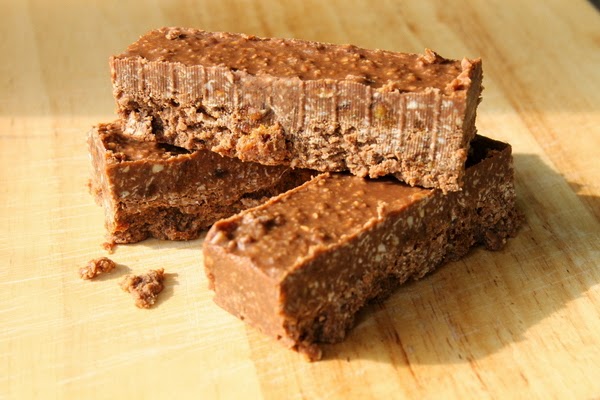 The biggest boy requested a chocolate tart for his birthday tea. 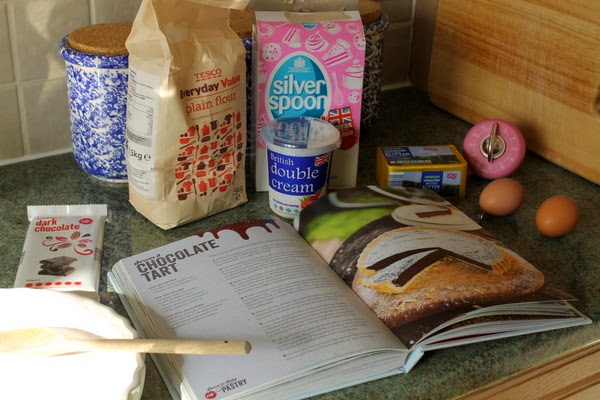 I forgot that the pastry shell was in the oven for a while, but it was still okay.  And no soggy bottom.  I made little jam tarts with the leftover pastry and filled them with the windfall jelly. 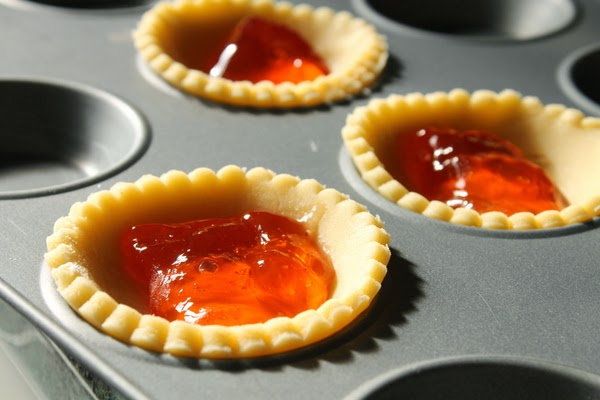 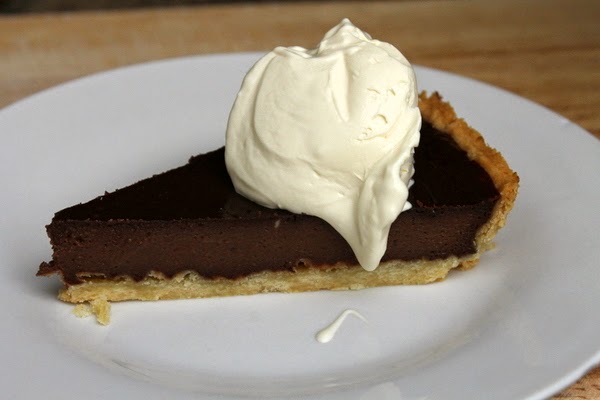 There was a dead rat at school yesterday at pick-up time.  The corner of the playground was ineffectively screened off with six traffic cones.  The littlest boy told me I didn't want to know what was there.  I said I did.  He said I really didn't.  I said I really did.  He told me with quite a lot of relish that it was a dead rat.  We tiptoed into the danger zone to check it out, along with several other breathless small boys.  It was.  Under a bush at the edge of the playground.  He was a bit thrilled that flies were starting to gather.  I was a bit mystified that someone had gone to the effort of finding traffic cones and setting them out instead of just popping the rat into a bag and into a bin.

There's been something furry behind the shed at the allotment.  I might have mentioned it before.  He shot out when I was rearranging the stuff there and dodged into the compost heap.  He was a bit big to be a mouse.  I like to think of him as a passing water vole.

Wishing you all a fab weekend.  The sun is shining here, the homework out and no-one has been reduced to tears yet.  It's looking good.
Posted by CJ at 10:04