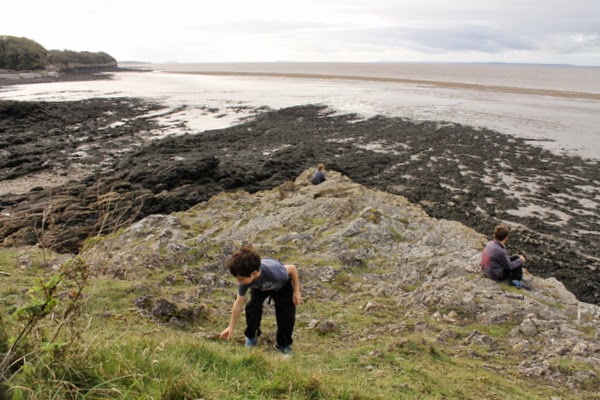 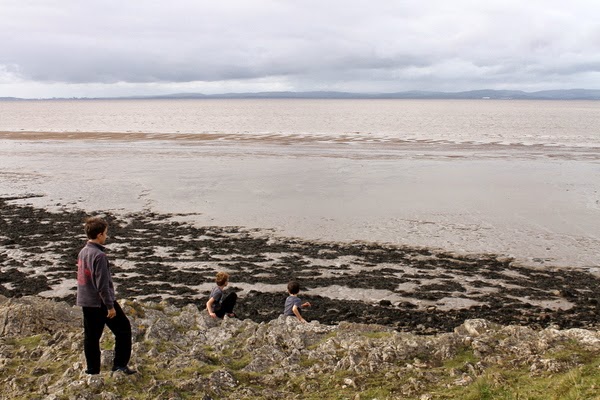 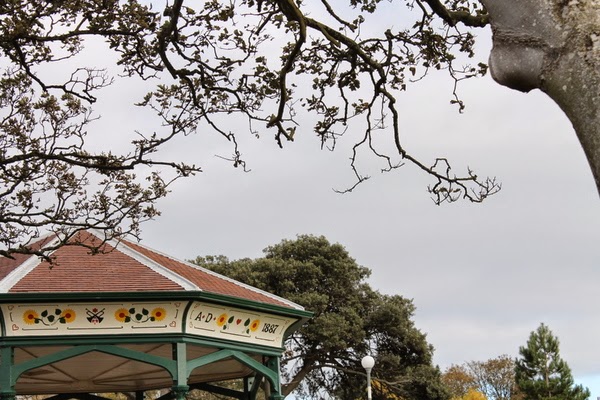 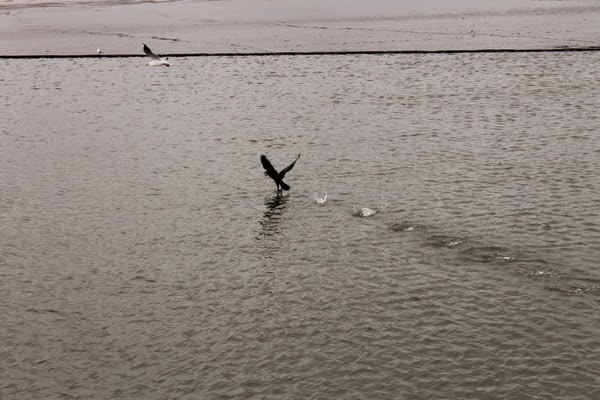 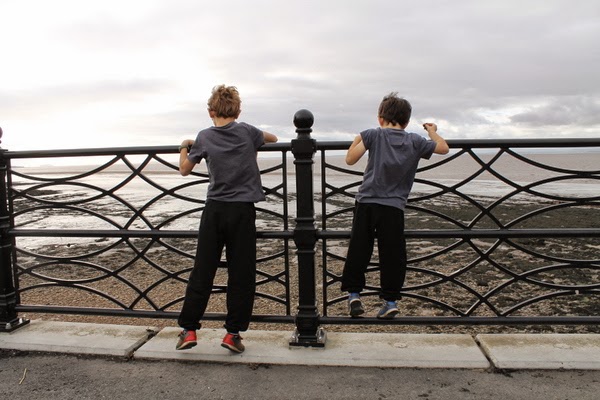 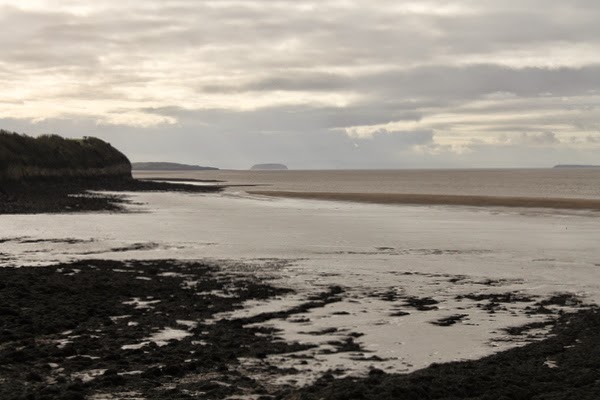 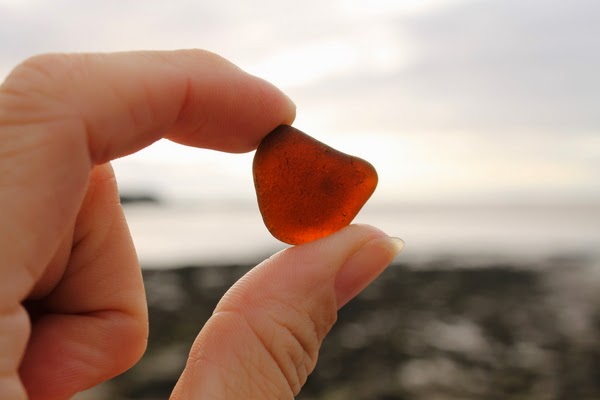 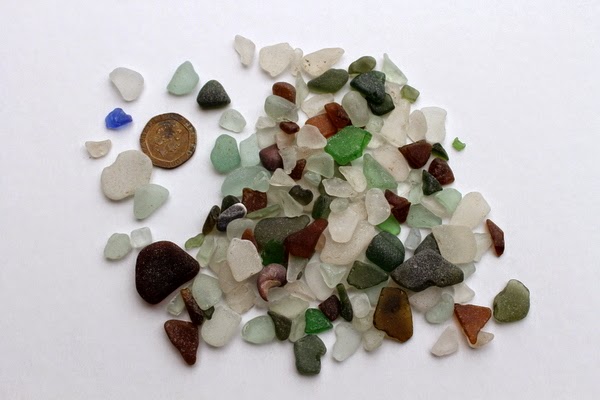 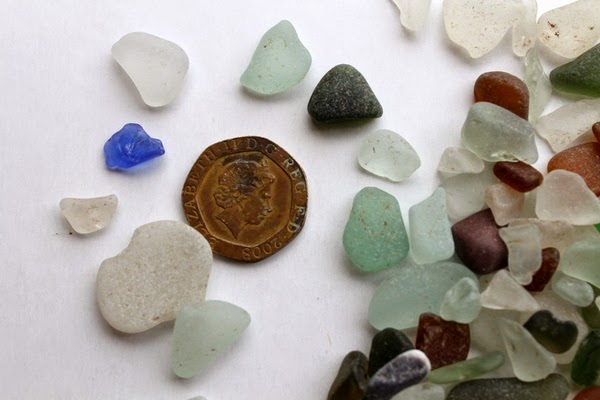 A little half term treasure hunting by the sea.  We found sea glass amongst the pebbles and books in the community bookshop.  The littlest boy even found some actual money.  Treasure indeed.  I should just point out that the two younger ones aren't intentionally wearing similar clothes.  Although it does look like I've matched them.

The bird is a cormorant that had just caught an eel.  He was chased by gulls and I think he might have dropped it in the end.  It was lovely to watch him diving for fish so close to us.

I've been feeling a little unsettled for some reason.  Restless and anxious.  It will pass of course.  In the meantime I'm wishing I could just curl up with a book or some crafty type thing and enjoy this cooler season.  But instead I'm wandering around, never stopping but accomplishing very little.  I'm between knitting projects - could this be the reason?  Is knitting some tranquilizing thing that calms the fevered mind?  Quite possibly it is.

We haven't quite adjusted to the time difference either.  The boys and I were all awake far too early this morning.  Lying in bed with my eyes tightly closed should count as sleep shouldn't it.  Somehow it's just not the same though.

We don't have any fixed plans for the rest of the week.  We visited the allotment today and we've done the chores that we needed to.  If the weather allows we'll be out and about a bit over the next few days.  The smaller two would love to go to a skate park I think, but of course the biggest boy and his knee cap never want to see a ramp again.  No doubt a compromise will be reached.  The biggest boy will want to visit Slimbridge and look at birds.  I want to make a lemon meringue pie.  I'm not really sure why, but I do.  We'll probably manage all three.

I'm trying to stop myself from launching into any unrealistic projects.  Huge fancy advent calendars, vast crocheted blankets, complicated knitting patterns.  I know myself well enough to rein in these wild enthusiasms.  Although I do often waste time and money on things that I'm cross about later.  I've just finished knitting a really long sparkly scarf that I'm almost certain I'll never wear.  Each time I swear it will be the last.  Next time I'll be sensible.  But there's always one more mistake.  Let's call it education.  If I had any willpower I'd be finishing some of the things I've started, namely a cross stitch and a couple of quilts.

I'll leave you with a couple of conversations from around here.

Littlest boy:  Mum, this place is really boring it is.

Littlest boy:  This place.  Our house.  It's getting a bit boring now.  Because I've literally done everything.

Biggest boy:  Mum, did you know, X says you're not allowed to die in the Houses of Parliament?  If you even look sick you have to go out because it's so precious they don't want to clear a body up from there.