Randomly on a Thursday 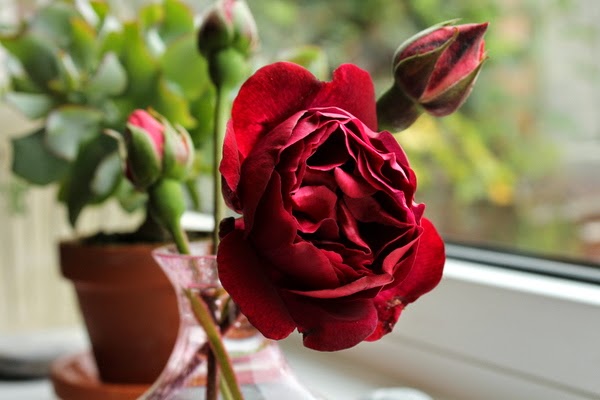 1.  A pretty rose.  It was bought as a Baron Girod de l'Ain, although it looks slightly different to me.  Anyway, I'm happy with it, I love the dark layers of petals.  Is it too much of a cliché to say it reminds me of silk?

2.  There's a decent harvest of pears on our two trees, as well as a fair few apples.  (Not on the pear trees, you know what I mean, the apples are on the apple trees).  I used some of the windfalls along with a handful of raspberries and made jelly.  It involved straining, a courageous move after the Blackcurrant Incident.  I was inspired by this post of Jennifer's and I copied her idea of straining it in a collander over a bowl.  I have no idea why I didn't do it like this before.  I'm older and wiser now. 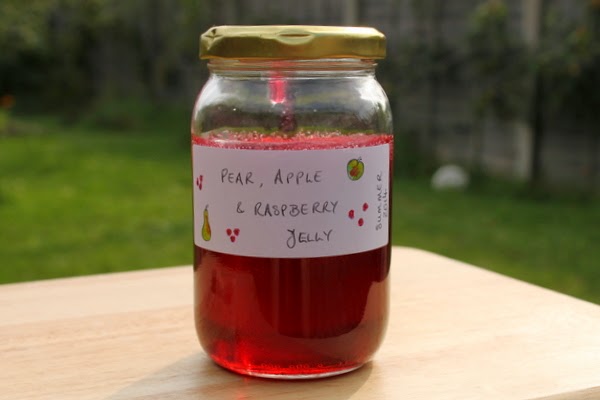 There's not even a whole jar full, but it's pretty nice.  It'll be lovely on toast or scones in the deepest darkest days of winter.  Or next week, you know, whichever. 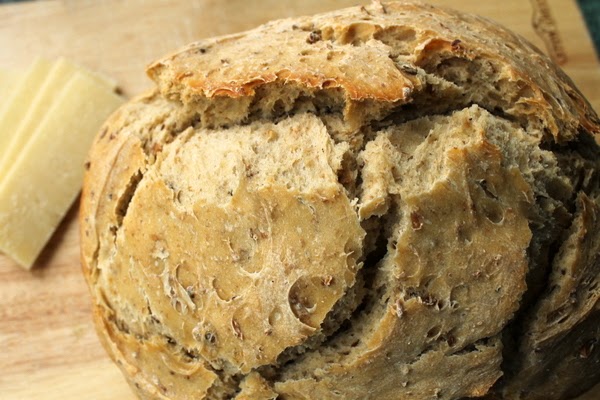 3.  Did you ever read Treasure Island when you were little?  I remember being terrified by Blind Pew, tapping his way along to corridor to hand out the Black Spot.  He could literally make you die of fear.  The biggest boy on his crutches sounds exactly like I always imagined Blind Pew would sound.  I wake up in the night with a start and hear a squeaky bumping along the landing.  Honestly, it's not conducive to a good night's sleep.

4.  I do this thing sometimes where I look at words backwards.  I was wandering past the bookcase and I suddenly noticed that "Desserts" spelt backwards is "Stressed".  Coincidence?  I think not.

5.  My jeans are quite snug at the moment.  I'm doing the school run in the car which isn't helping.  I think I've just been less active because of the biggest boy's recuperation.  It's not that I've been eating too many puddings or anything.

6.  The two littler people went on a bike ride with Other Half earlier today.  They must have done the best part of fifteen miles.  Me and the biggest boy are desperate to join in.  He has a chart entitled "Days Until Cast Off".  For a moment we thought he was heading off to sea, until we realised he meant his plaster cast.  (Actually I thought he might be taking up knitting first, funny how our minds work isn't it).

7.  Pintail ducks have arrived at Slimbridge to spend the winter here.  They spend summer in Scandinavia, Iceland and Russia.  I'm guessing it's getting chilly there now.  It will be time to say goodbye to the swallows soon.  I think they are just about my favourite birds, I love to watch them catching insects and swooping low over the water.

8.  We were looking at the printer's tray full of older photos the other day.  The conversation went something like this.

Me:  I've no idea what you're on about, I haven't changed a bit.  I'm still unlined and carefree.