And so off they went, back to school.  I dusted, hoovered, swept and washed.  Cushions were plumped, Lego was corralled and clutter was whisked away.  Library books were returned, the fridge was restocked and a calm order descended.  It was blissful.

Then they came home again.  By 4 o'clock there were rucksacks and lunchboxes strewn about the place, there were about twenty old exercise books needing a place to live and three very small frogs were on the loose in the kitchen.  Oh how I miss them when they're not here.  (Boys not frogs).

I took them to Bristol Museum yesterday.  It seemed like somewhere the biggest boy could manage on his crutches.  The museum is the smaller building on the left. 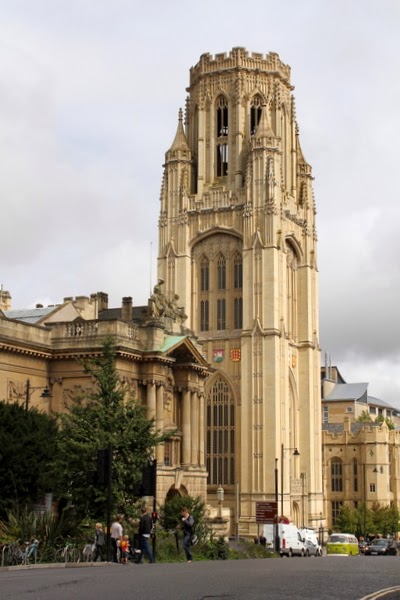 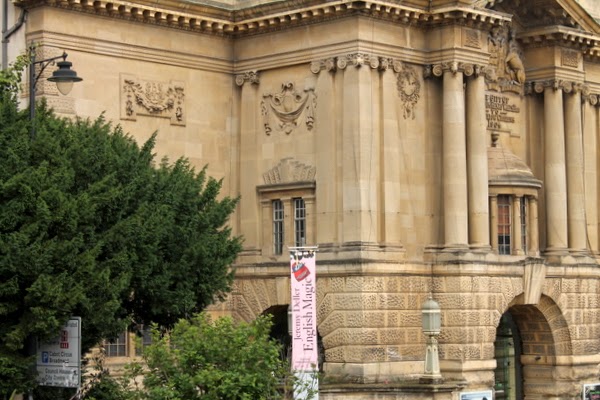 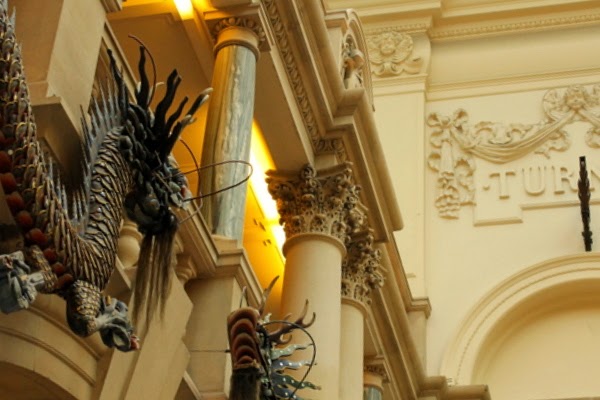 The rooms are arranged around a big atrium, with mezzanine landings overlooking the central area.  On the first floor is this hoard of coins, found in the little town we live in, just a few years ago.  Someone was digging a fish pond, and found them.  There are 11,460 of them, little silver coins from Roman times, dating from 260 to 348AD.  Makes me wonder what's buried in my garden. 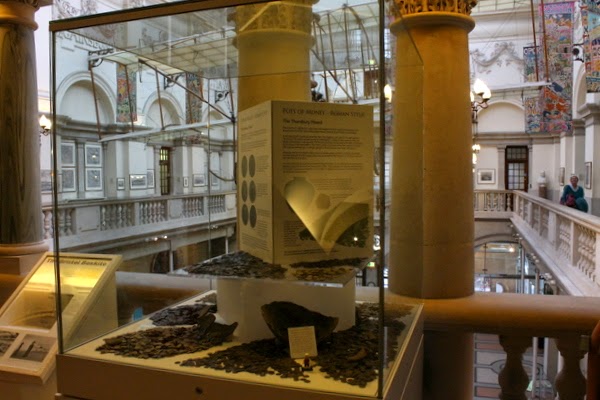 I remember this museum well from when I was little.  Certain things always had to be visited.  The geology section. 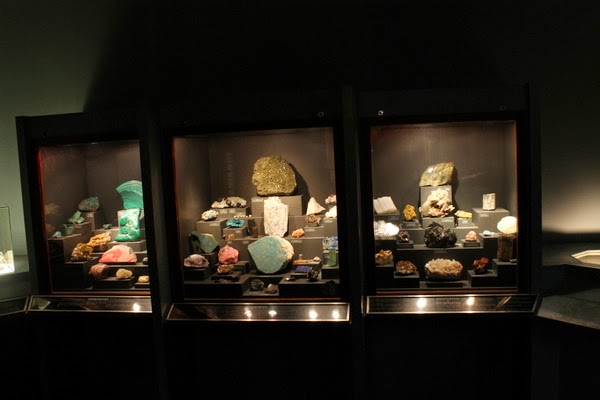 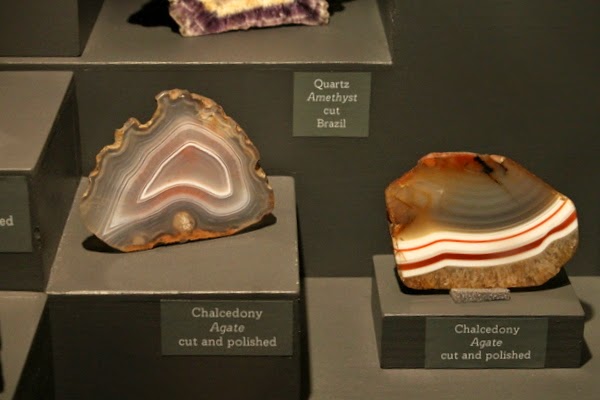 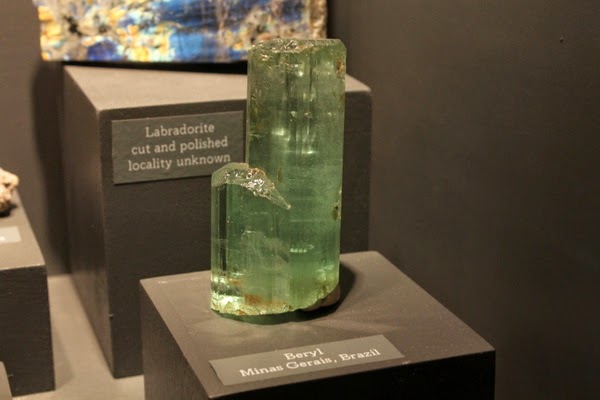 Along this landing there are lots of pianos.  I loved them when I was little.   Seeing them yesterday suddenly took me right back to being small and wandering around in wonderment. 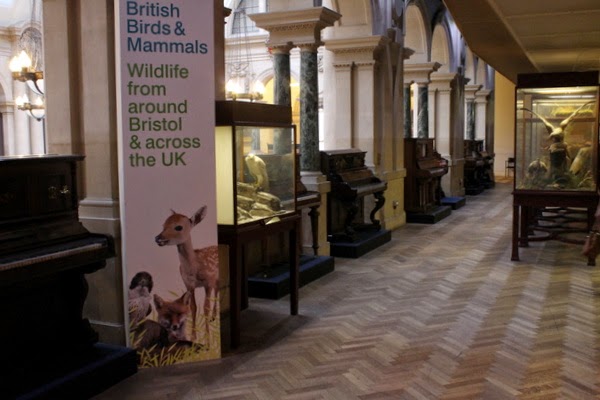 This has always been my absolute favourite thing.  The gypsy caravan. 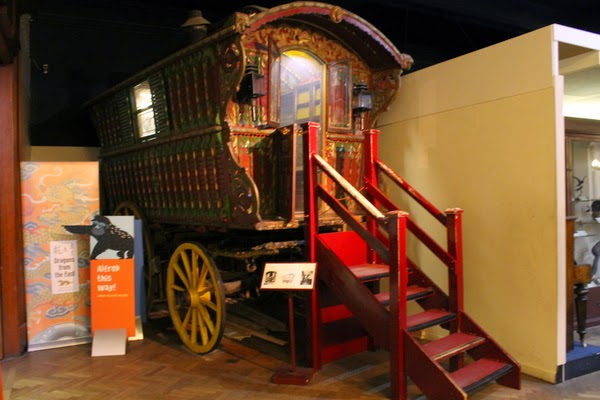 I adore the little interior, with a place for everything.  The sleeping quarters are at the back. 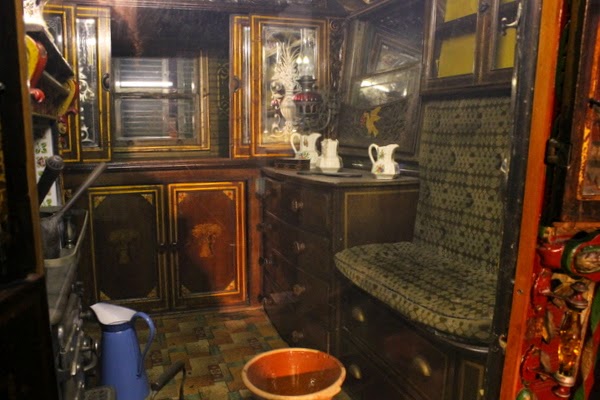 Gromit was in residence elsewhere in the museum.  He's from Bristol you know.  We're all very proud of him.  He does seem to be in jail here though.  He's reading Crime and Punishment by Fido Dogstoyevsky.  The boys have been watching all of the Wallace and Gromit films while the biggest boy is out of action.  The details are in a class of their own.  A simple shelf of books, each one a cheese-related pun on a real book.  A big fridge in the kitchen with "Smug" spelt out on the front of it.  It's all beautifully and cleverly thought out. 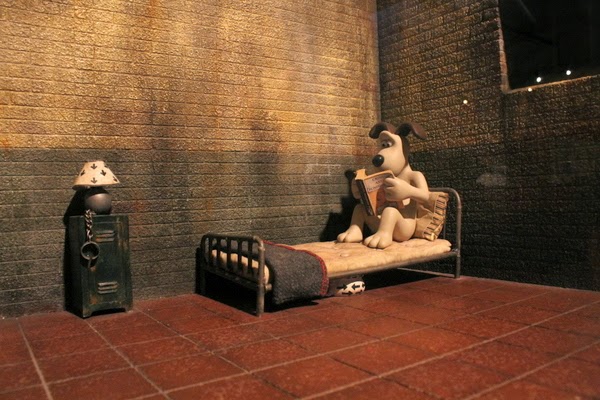 I persuaded the boys to have a look at the Jeremy Deller exhibition (English Magic) that's in the museum at the moment.  They quite enjoyed some bits of it - the video of birds of prey in flight and Range Rovers being crushed, and the actual crushed Range Rover that you can sit on top of to watch the video.  They made a print of their own each with giant rubber stamps.  And they liked the huge pictures. 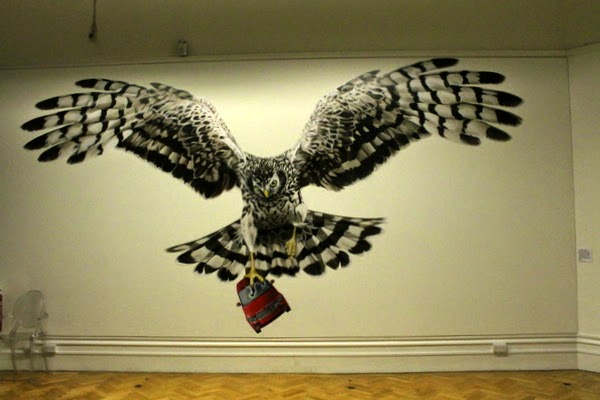 This one is William Morris throwing Roman Abramovich's yacht into the lagoon at Venice.  (It was blocking the view apparently, and restricting everyone's use of the promenade). 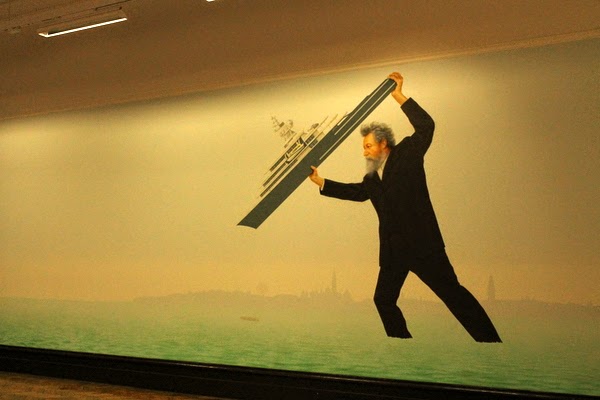 Some scuffling had broken out by this point, so we shot through the rest of the art gallery at top speed. 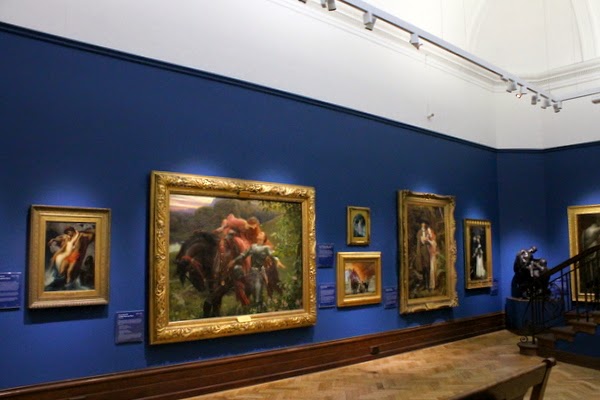 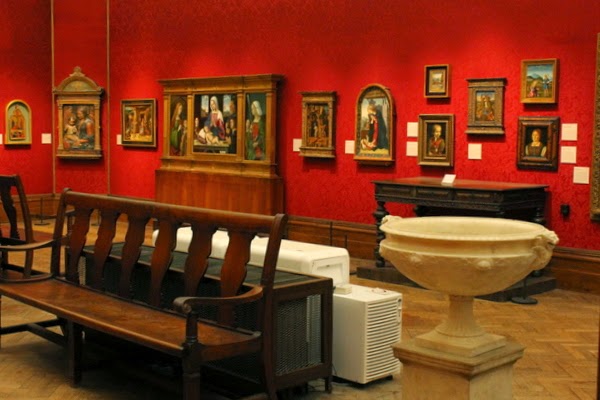 This piece of glass caught my eye on the way out.  It's Japanese, contemporary, and made from lots of sheets of glass stuck together.  That was all I got in the thirty seconds I was allowed to look at it.  I'm not convinced boys and museums are a marriage made in heaven, but they did really enjoy looking at the stuffed birds. 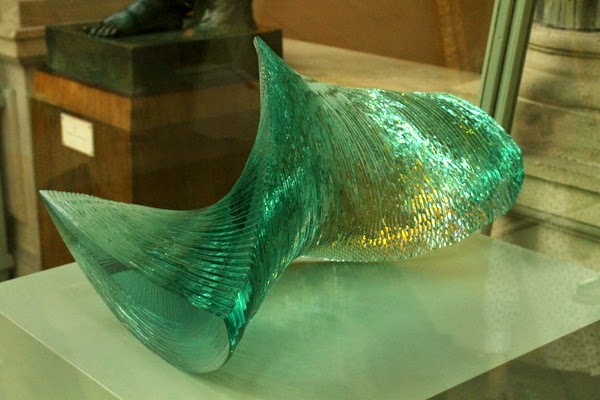 Afterwards I took them for pizza.  If I'm honest, it was the only reason some of them agreed to go.  I think I'm hoping that one day they'll take their children there and say, look at this stuffed arctic skua, I used to love looking at this when I was little.
Posted by CJ at 21:42