When Superman wore his walking boots

We went for an end-of-holidays walk on Sunday afternoon, out by the sea, well, the Bristol Channel really, to make the most of the beautiful weather.   This is the aptly (if unoriginally) named Sand Bay. 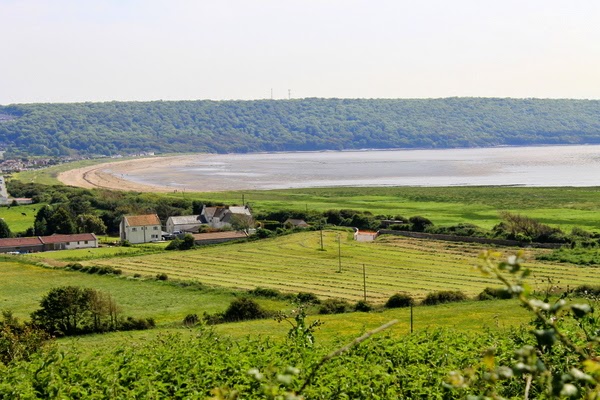 The littlest boy went as Superman, as he so often does, and he also wanted to wear his walking boots.  No reason not to, right?  He toyed with the idea of wearing a crash helmet as well, but decided that might be something to leave for another day. 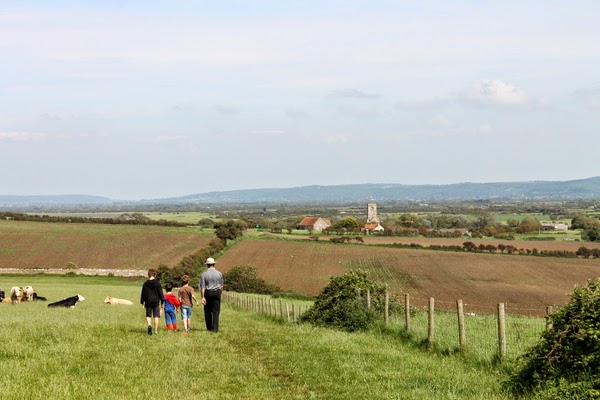 The rich farmland pushes right up to the coast here, and the grass was full of wild flowers and cows.  They all marched past us except the one with horns, which stopped and stared and then started walking at us.  I sensed a bit of attitude developing there. 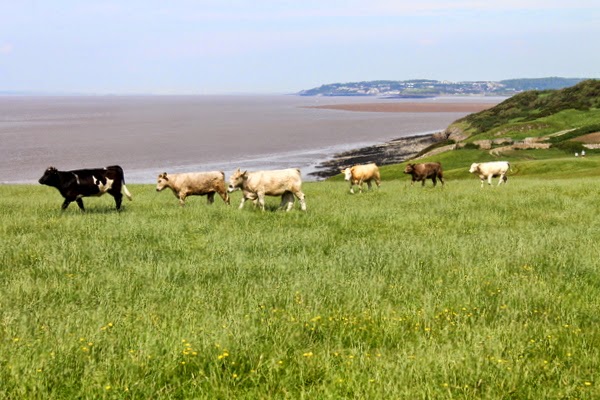 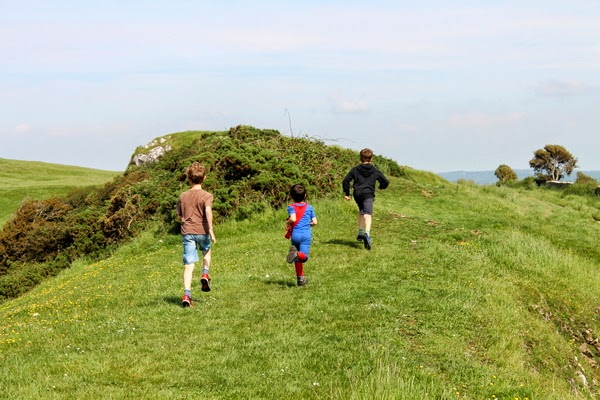 We dropped down on to the pebbly beach and did some scrambling about on rocks, which is one of their favourite things to do.  Some of the pebbles were pretty big, so I mostly concentrating on not twisting my ankle. 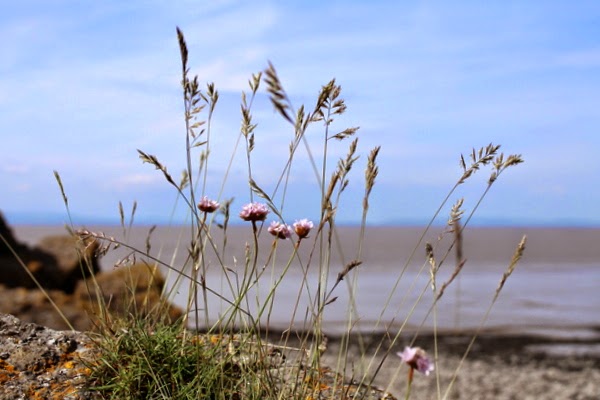 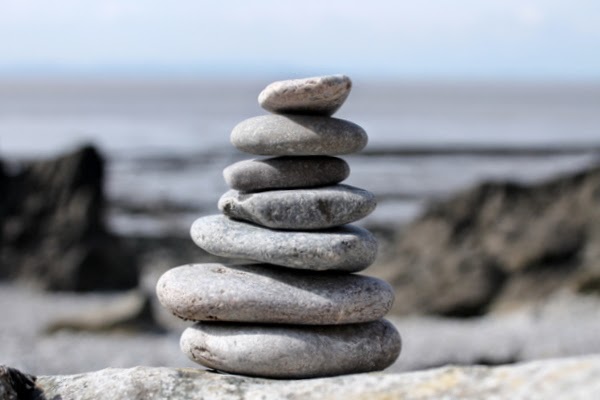 Look at those lovely colours, all greys and the dustiest of blues.  I'd like to do one of those clever things where you put boxes of colour next to the photo.  Annie at Knitsofacto explained it all beautifully here.  I've made a note of her page, and I'm going to have a go when I get a minute.  I love seeing the colours extracted and set out alongside.  Nature does it all so tastefully sometimes.

The winds blow strongly here, in from the sea, and the trees lean away from the salt and the spray and the gales. 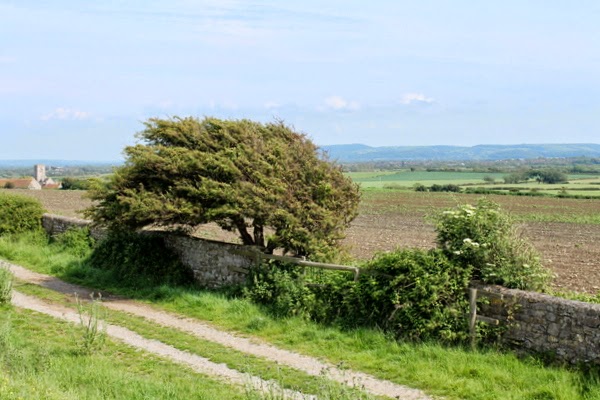 Back in the car park we found a rope swing which made us all very happy.  It makes me think we should carry a rope with us at all times, they'd happily play here for ages.  There was an added frisson of danger for those wearing shorts, as the person pushing could direct them towards the stinging nettles. 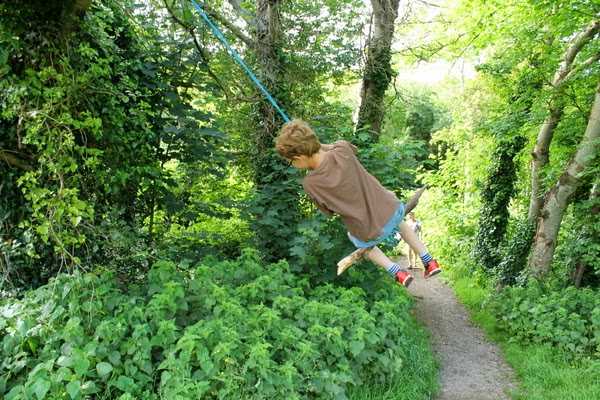 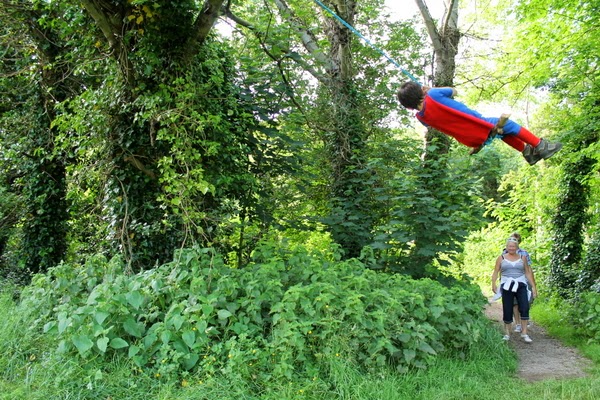 Yesterday it was back to earth with a bump.  Other half's computer needed reparing on Friday, yesterday the car sprung a problem.  Sigh.  These things don't come in threes do they?  If they do, then the bathroom leak that's making the landing carpet damp is the third thing.  It does count doesn't it?
Posted by CJ at 07:06