There was a birthday in this house last week. 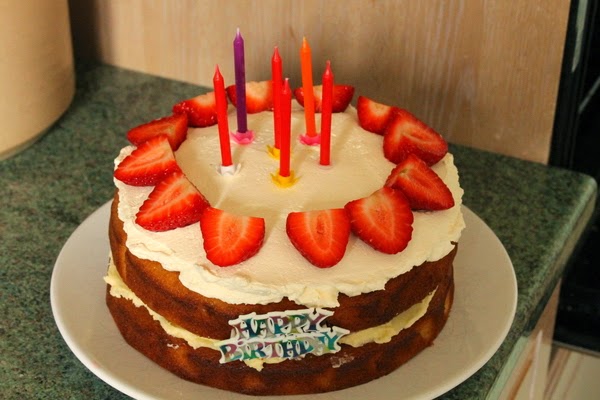 I cannot overemphasise how much excitement there was.  This day is eagerly awaited for months and months.  The littlest boy is very fond of having things his own way, and having presents and eating cake.  Once a year there's a day when all of this is almost guaranteed.  Oh how happy it makes him.

A friend of mine always asks what he would like.  This year, there was no hesitation - a guitar.  Every time he sees an empty tissue box he finds elastic bands and tries to make himself one.  It's never quite good enough, but he keeps trying, and with so much enthusiasm.  So armed with a voucher towards the cost of a small guitar, he put in an order for this. 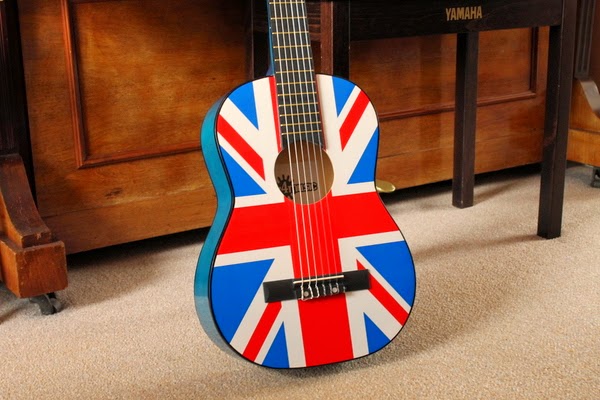 Stonking huh?  Ever since it arrived it has been the first thing he picks up in the morning.  It lives in a case with two straps, and if you catch a glimpse of him on his way out of his room, you will see a small, pyjama-clad tousle-haired boy wearing a guitar case on his back.  There's no money for lessons, but there's You Tube and we bought him a children's book on how to play.  In the meantime he's happy strumming and singing.  He really loves to sing, and often plays random notes on the piano while singing some tune or other.  It doesn't bother him at all that his playing doesn't have the same notes as his singing.

We took him bowling as a birthday treat, and we tried a little pool as well. 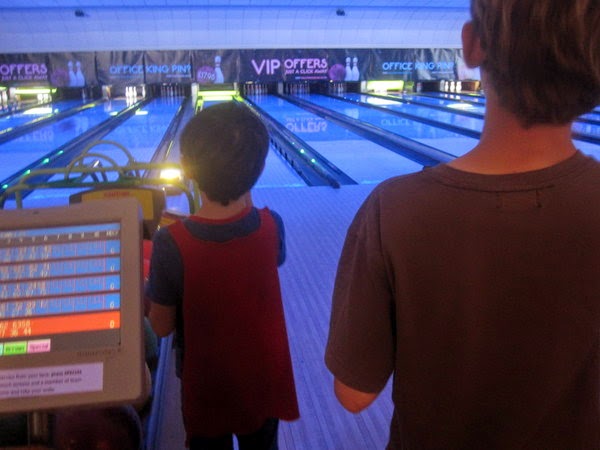 Then we went for pizza and ice-cream and he got birthday balloons.  Oh it just doesn't get any better than that. 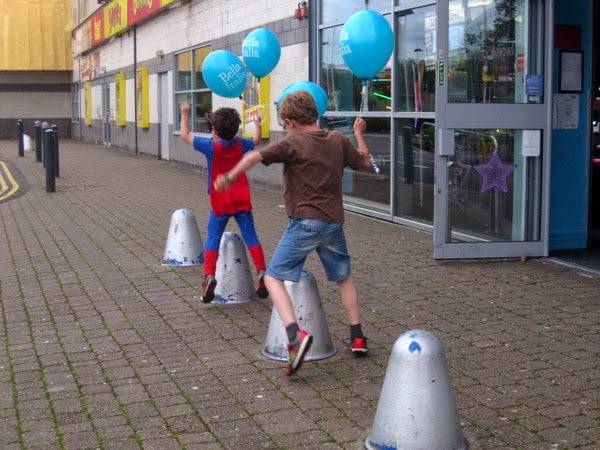 The balloons lived at the bottom of his bed for a while. 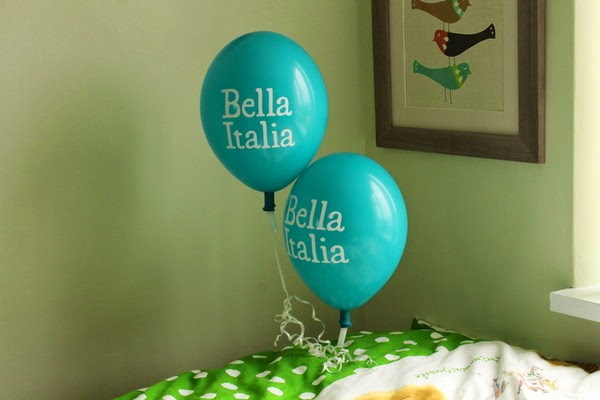 I made a cake with jam and buttercream in the middle and strawberries and cream on top.  Not too much, no?  Strawberries are one of his very favourite things, so it's appropriate that his birthday is at the start of the strawberry season.  This year our first home-grown strawberry was ripe exactly on the big day.

We bought him a scooter which he loves.  He zooms around on it doing tricksy things like jumps and one-eighties and tailwhips.  He's fallen off about forty times, but he's never afraid to get back on and do it all again.  I learn so much from this little boy.  And he brings so much joy into our lives every single day.  Happy birthday baby, you totally rock.
Posted by CJ at 21:33