A few photos from a good weekend.  This is the path we take on the way to the Scout Hut.  Every so often someone falls in.  Sometimes its a mum. 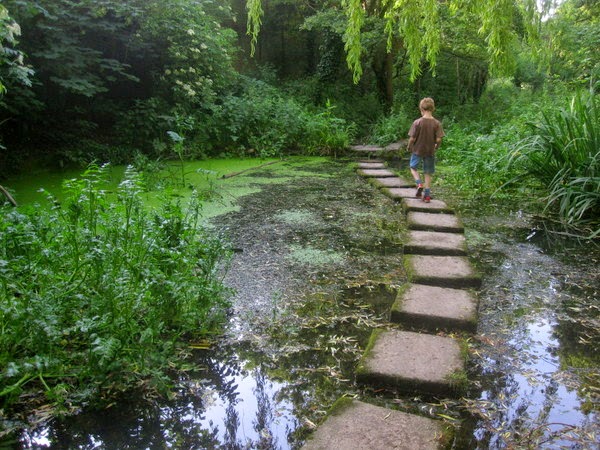 Honeysuckle, trailing over a wall.  I haven't spotted much of it lately, maybe it's falling out of favour.  But when it's in flower it's beautiful. 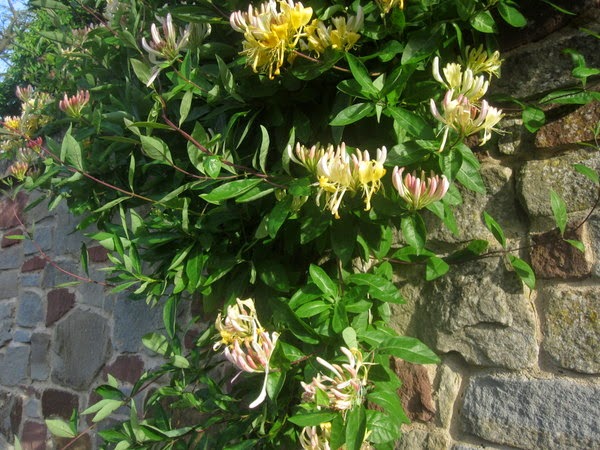 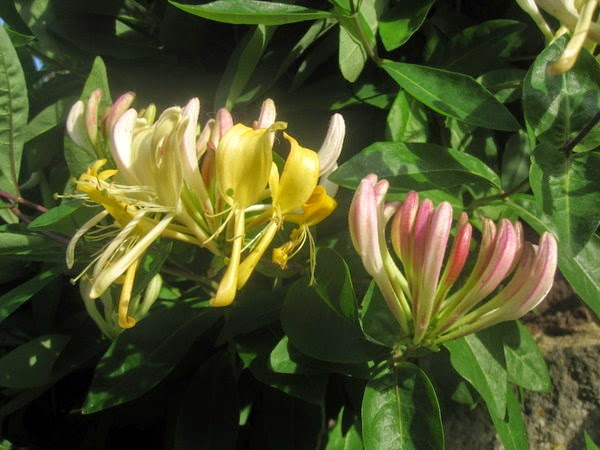 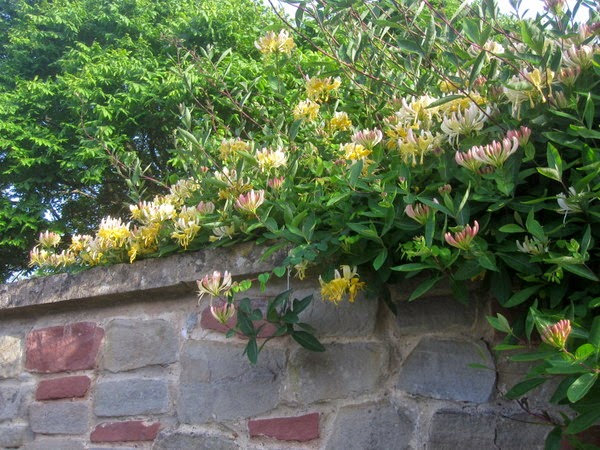 Gratuitous pig shot.  Fresh bedding, hay, nuggets, dandelion leaves and a carrot.  Doesn't get much better if you're a piggie.  Still no chum, but maybe this pig is happier not to be bothered by interlopers.  It does mean she doesn't have to share those dandelion leaves. 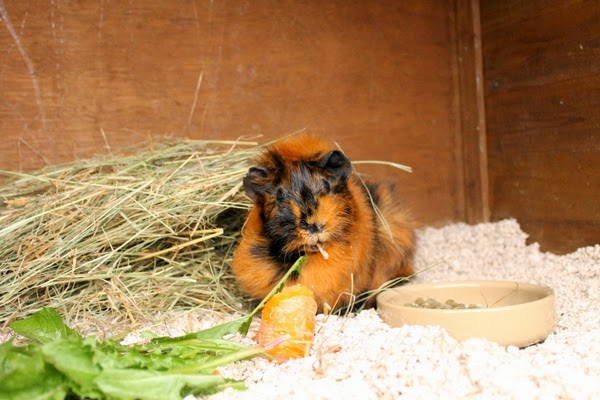 A passing peacock.  The neck and back feathers are absolutely exquisite and so very intense in colour.  They are such noisy birds, and quite aggressive when it comes to food.  They certainly give the hens at the country park a run for their money.  They half jump, half fly up on to the high stone wall that surrounds the walled vegetable garden, and then drop down into the chicken area.  The hens don't like them at all, and give them as wide a berth as they can. 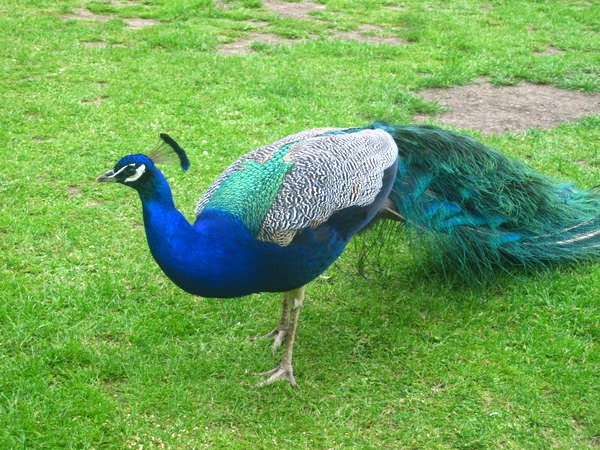 How lovely is this shepherd's hut?  And how nice would it look in my garden..?  When I was growing up I quite fancied being a shepherdess.  Amongst other things.  Many, many other things in fact.  I seem to remember I wanted to be a stunt woman as well.  There was nothing boring on the list.  What I actually ended up being - insurance administration clerk, barmaid, nightclub receptionist (occasionally), croupier, traveller, receptionist to accountants, secretary at a law firm, property lawyer.  Is it too late to be a stunt woman? 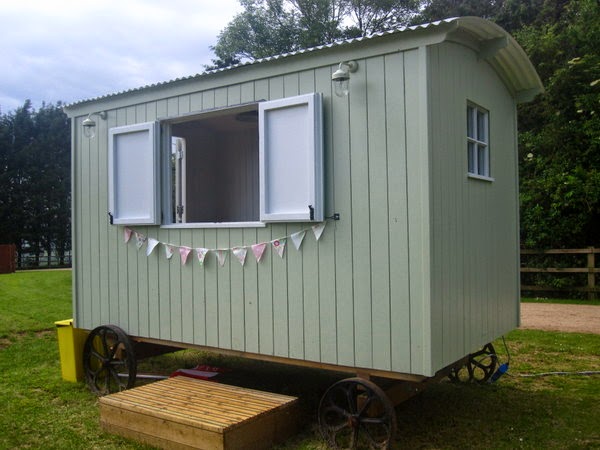 Masses of space.  There was lots of running and kicking. 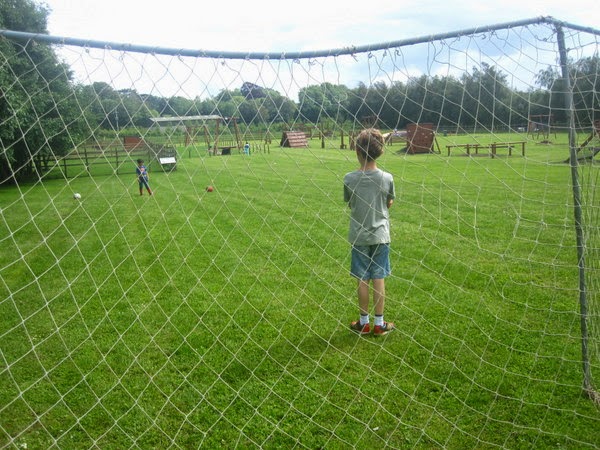 And a smattering of tree climbing. 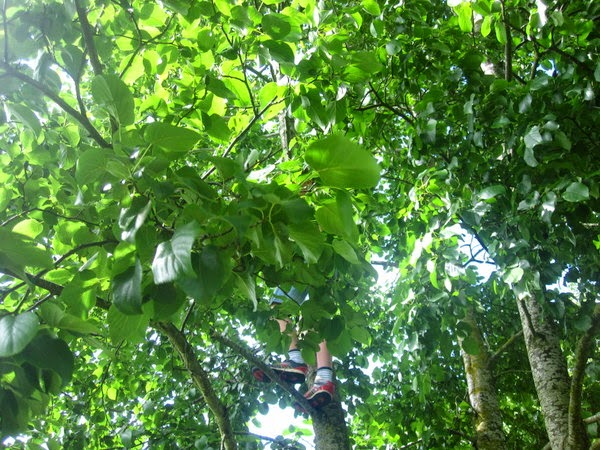 I sat on a bench for a bit and when I looked straight up this is what I could see.  It was quite lovely. 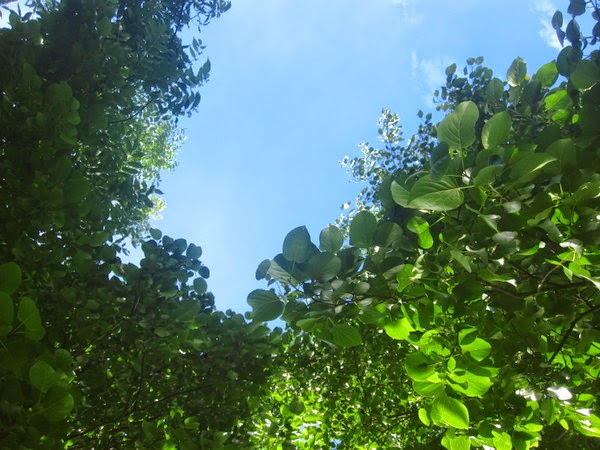 The littlest boy has been spending ages on the monkey bars at school, and he can whizz up and down them now like a, well, like a monkey.  He even has the calloused hands to prove it. 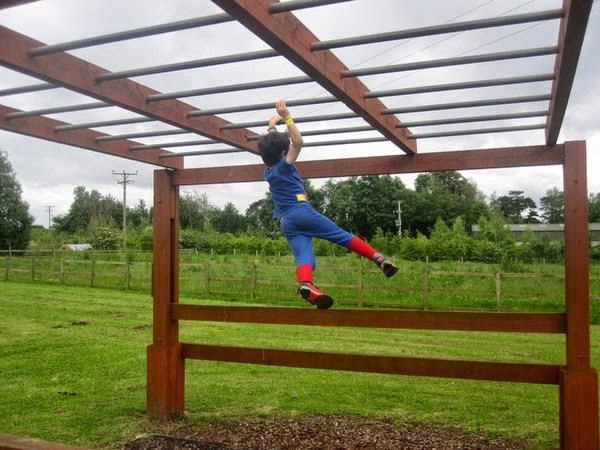 I got my summer clothes out yesterday.  So if there's a dip in the weather you know who to blame.  But I think summer is here now.  When I wake up in the morning it's warm and delicious and I don't want to wear jeans and socks and boots any more.  I'm starting to think about what we'll do in the holidays.  I'm looking forward to lots of happy adventures and no doubt a lot more swinging from trees.
Posted by CJ at 21:18