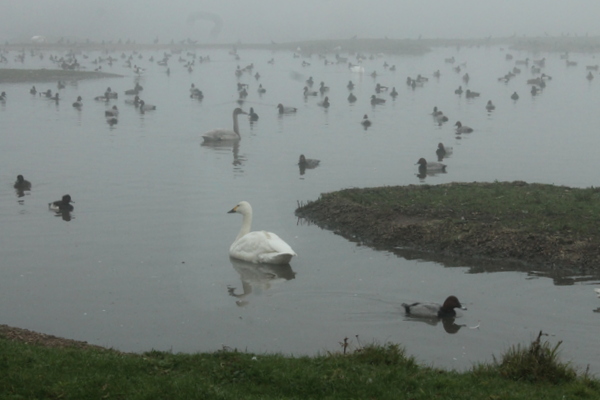 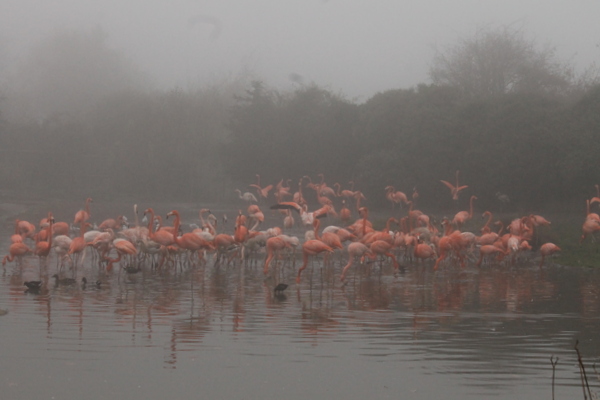 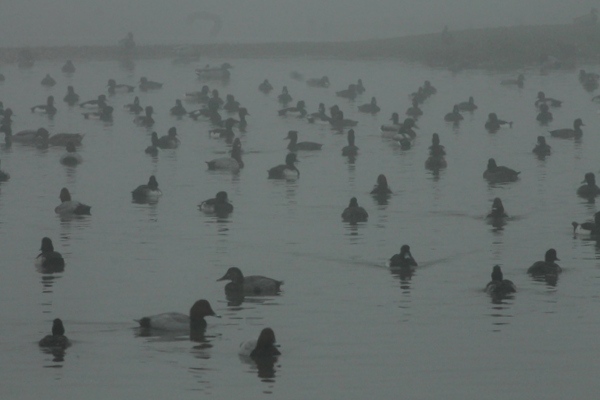 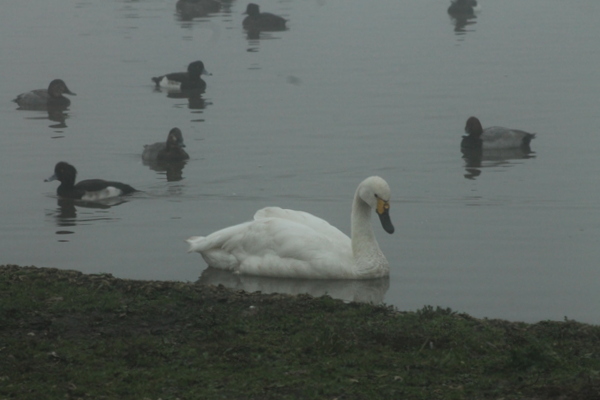 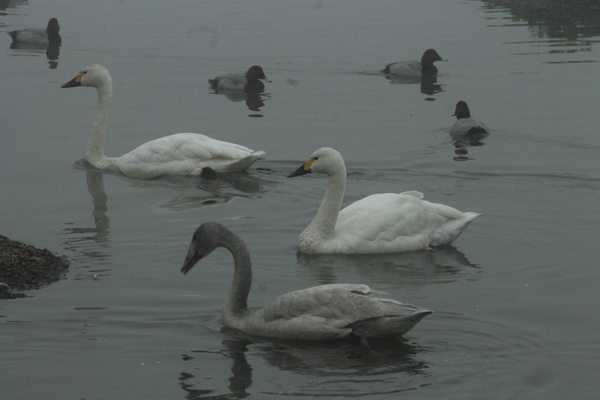 In a thick fog on Sunday afternoon we made our way to the wetlands reserve. The first Bewick's swans (pictured above) have been arriving, and a couple of days ago several groups appeared on the same day. The wardens call it a swanfall, such a lovely expression. They travel in family groups, all the way from the Russian Arctic tundra, to winter here. I always look forward to them to arriving. A single swan turned up on 11 October this year, which I think was probably the earliest ever. There will probably be 200-300 by mid-winter.

At the moment there are lots over in Holland, taking a break in their journey. In fact if it's a mild winter some of them will stay in Holland and won't come here at all. We saw a warden at around 4.30pm, and he said that if the birds were to set off for Holland then, they'd be there by 2-3am. Amazing no?

Sadly around 60% of the birds that they've ever x-rayed have lead shot in their muscle tissue. And not just the odd pellet, more like 20 or so. Somewhere along the way people are shooting at them. This also causes a problem with the wetlands that they're flying over, as all of the spare lead shot falls into the water. And most of the wetland birds find their food in the water, so they're ingesting large quantities of lead. One of the swans has a tracker fitted, so that researchers can try and find the route that they're following. No doubt there are many hazards along the way. Things like wind turbines and electricity wires and pylons cause a problem, as well as the hunters.

But enough gloom. The good news is that out of 22 birds already down on the Severn wetlands, 5 or 6 are juveniles, which is an excellent proportion. It suggests that it might have been a really good breeding season up in the tundra.

When there's a little wind from the east no doubt more will arrive. There's a chap at the centre who can identify them all individually by their bill pattern. Even one that he hadn't seen for ten years! Oh I love it there. So much to marvel at. I'm looking forward to more swanfalls.
Posted by CJ at 22:23