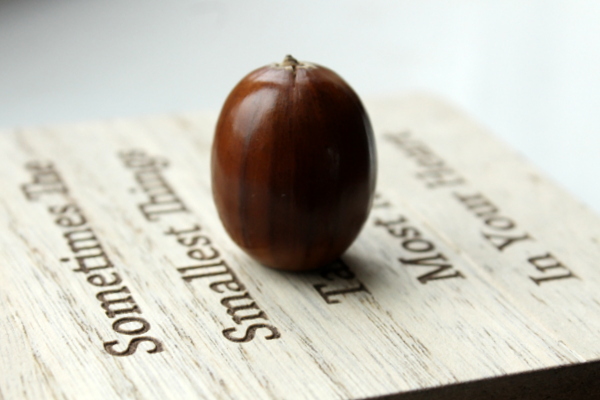 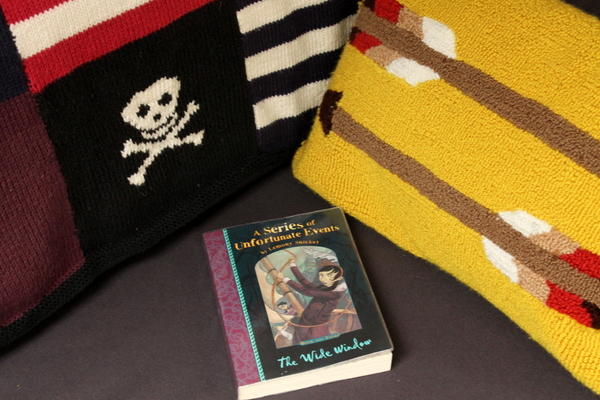 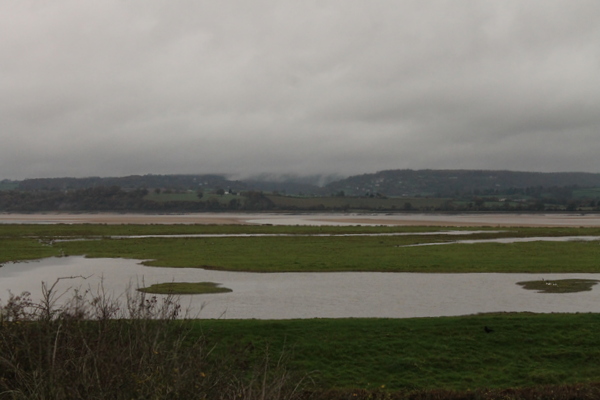 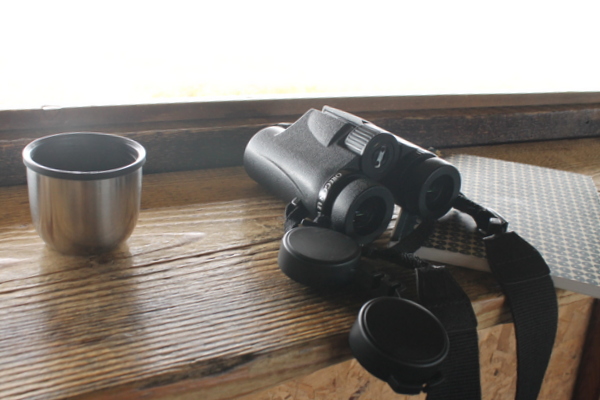 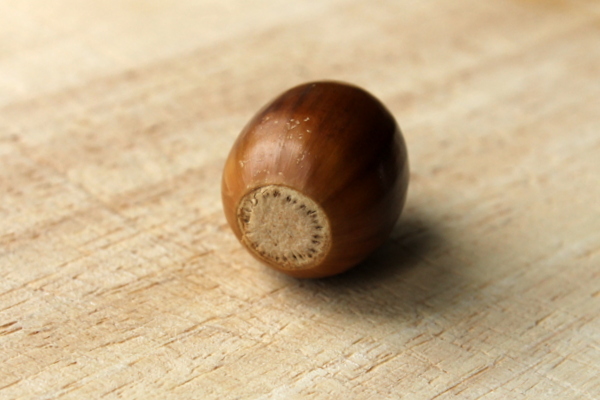 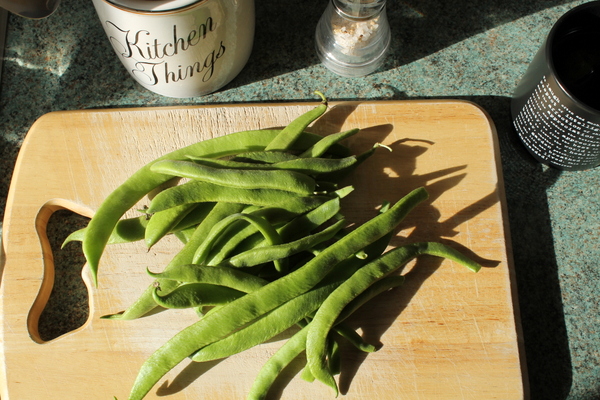 Joining in with Amy for Five on Friday.

1. A random selection of photos. An acorn I picked up on one of my early morning runs. I keep it with my writing things on the shelf. I'm the only person the house without a desk. I have the dining table in between dining times. The acorn is quite a big fat chunky one and it sits nicely on its flat bottom. I roll it round in my hands sometimes when I'm staring into space thinking. It's satisfyingly smooth and shiny. I picked one up for the littlest boy today as well. He takes after me in the full appreciation of a good acorn.

2. I took the biggest boy to the wetlands place yesterday because it was an INSET day. Made extra delicious for him because the littler boys had to go to school. It rained the whole time, but we loved it, sitting in hides watching the winter birds. There was a spoonbill and a bittern there today. Sometimes I think the more unusual birds deliberately turn up when we're not there.

3. A handful of beans from the garden. The autumn has been quite mild I think, the runners are still slowly runnering and the sugar snap peas are still slowly snapping. I feel the need to eat more green things. There have been a few too many packets of crisps this week. And nuts as well, chilli peanuts from Aldi. They're in a league of their own. Salty snacks are my downfall. One of them anyway.

4. More drama in the high street. Someone blew up an atm machine to get the cash out and accidentally set the whole bank on fire. It's right opposite the other place that went up in flames a couple of months ago. We were all abuzz with police, forensics and actual television cameras. I'm keeping my fingers crossed that the Christmas lights have been thoroughly checked.

5. Boys. Sigh. I'm not sure that nature intended them to live together. They fight! And I think that they actually like to fight. In the wild the youngest would probably have been eaten by the other two while he was tiny. In one species the mother actually eats the smallest chick and then regurgitates it for the others. Is that the blue-footed booby? I can't remember. And then later on the biggest one would probably drive the middle one out into the wilderness. I'm happy that doesn't happen of course. But I do feel we're flying in the face of nature.

Wishing you a top weekend.  Maybe you'll find an acorn, eat some good nuts or spot a spoonbill. Enjoy.
Posted by CJ at 22:04