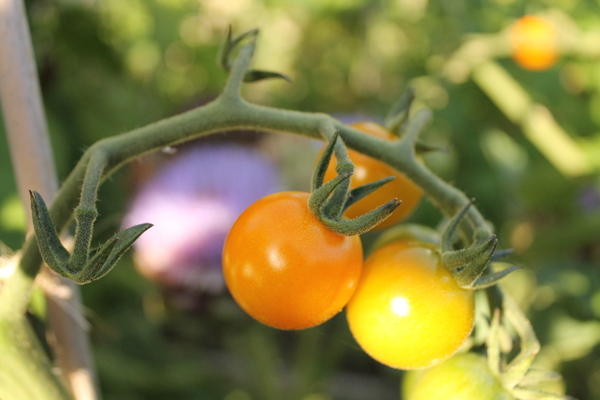 If I had to choose just one tomato to grow, it would be this one.  Sungold.  It does well almost every year, outside, and the flavour is great too.  This one is growing in front of an artichoke, and the mauve/orange colour combination draws my eye every time I walk past.  There have been plenty of fruits this year, so I thought I'd try drying some.

I halved them, scooped out the seeds and sprinkled them with a little salt. 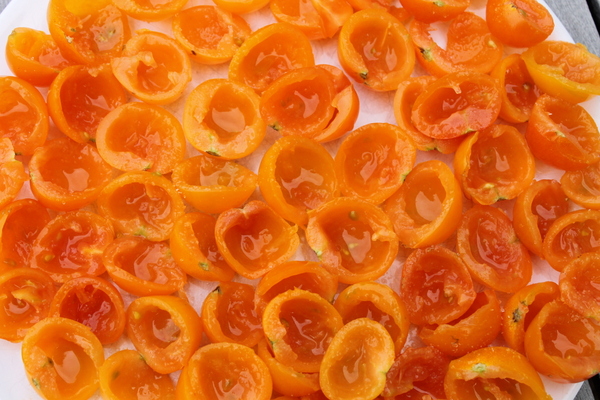 Then I patted them with kitchen paper to remove the juice that was drawn out by the salt.  I put them on baking paper and dried them in the oven on the lowest setting for a few hours (four or five), being careful not to make them crispy (the oven door can be propped open a bit if need be). 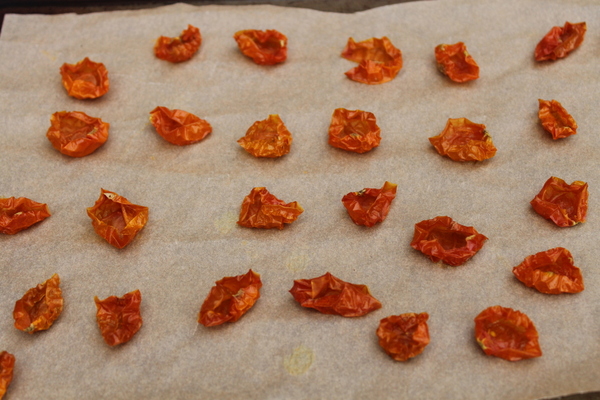 They were pretty small by the time I'd finished, but the flavour was amazing, really concentrated.  I put them in a sterilised jar (only needed a little one!) and covered them with sunflower oil. 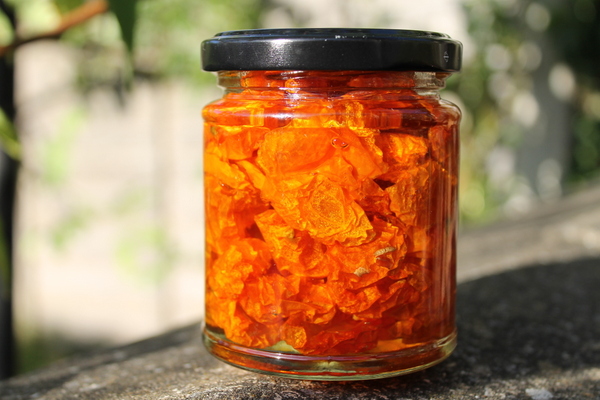 I'll use them in salads, pasta and on pizza.  If I can I'll make more, as they really are delicious.

Elsewhere other things are being put by for the winter.  It makes me happy to see onions and squashes in the garage. 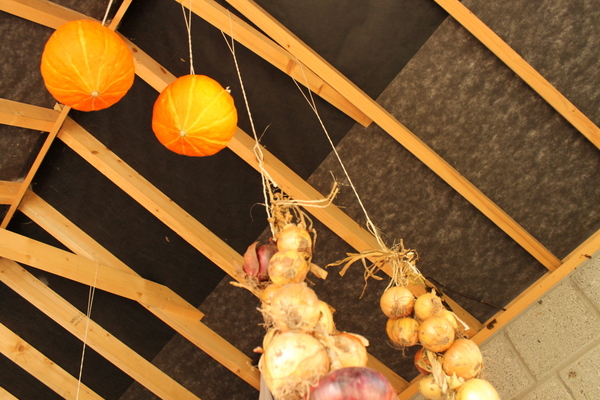 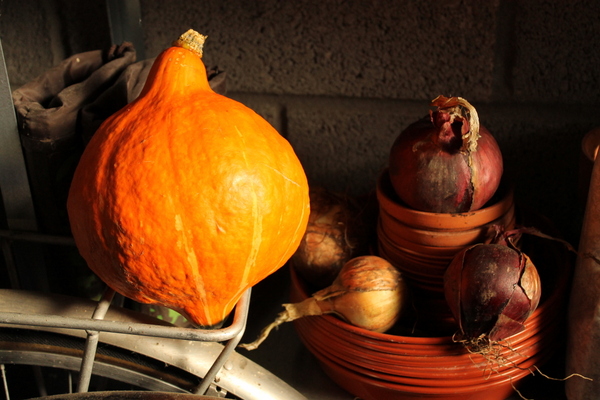 There was a tense moment in the kitchen on Friday.  The fridge stopped working and by the time I noticed, everything was warm.  I rang a bloke, who said turn it off for 48 hours and then turn it back on again.  So I spent Friday afternoon ferrying batches of frozen food to assorted friends to look after for me.  The thought of losing all of the frozen stuff was quite traumatic as it's mostly allotment produce.  It's not just food - I have an emotional attachment to it!  It was produced with the sweat of my brow.  Literally.  I remember one afternoon, doing the watering at about 2.30pm, just before the school run, which was the only spare time I had.  It must have been nearly thirty degrees, and I was sweltering.  Was that only a few weeks ago..?

In the garden I have a new tree.  I may have mentioned how much I love figs and yew trees.  I also have a bit of a thing for mulberries.  At St Fagans, the Museum of Rural Life near Cardiff, there is a walled garden with several beautiful mulberries in the middle.  And I do so want one.  A large tree is rather out of my budget.  So I have this. 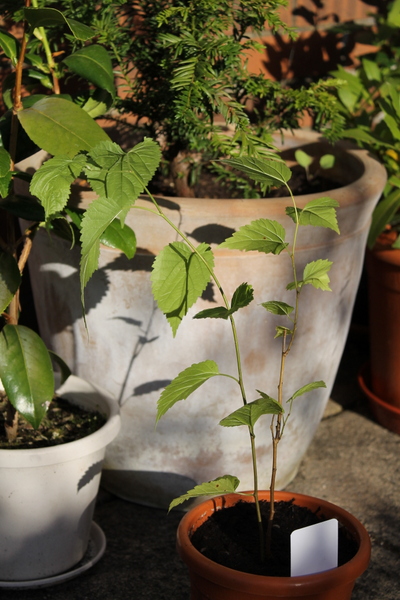 A baby tree!  Not sure how many years I will have to wait for one of those ancient looking mulberries.  But hey, I'm a patient gardener.
Posted by CJ at 21:53