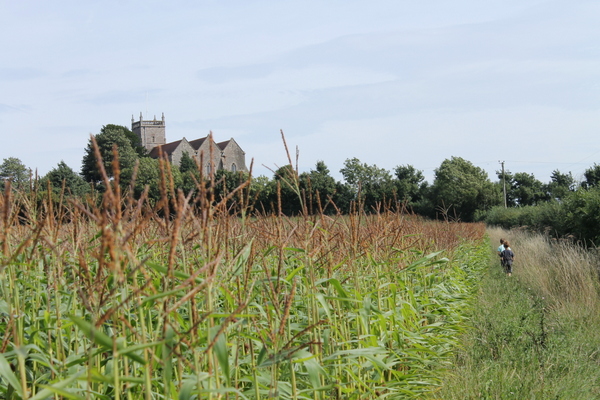 I'd like to say that we had a blissful afternoon today, enjoying each other's company in the late summer sunshine.  But it was one of these days when everyone was a little fractious.  The biggest boy and the middle boy were banned from walking together because of an inability not to drive each other mad, to the point of whacking each other.  I picked a teasel for the biggest boy, who proceeded to use it to "defend" himself.  The littlest boy had a broken bulrush which we found which also did some brotherly damage.  A difference of opinion over whether it was swallows or house martins swooping overhead turned ugly.

But... we did have a nice time other than that.  The biggest boy walked 5 paces behind us, the middle boy was 5 paces in front, the littlest boy was stripped of all weapons, and other half was permitted to talk about golf uninterrupted.  (It's not necessary for anyone to listen to this.  The appearance of listening is enough.)  Thus peace was maintained.

We climbed up to St Arilda's Church at Oldbury-on-Severn.  It's on a little hill, and the views are lovely. 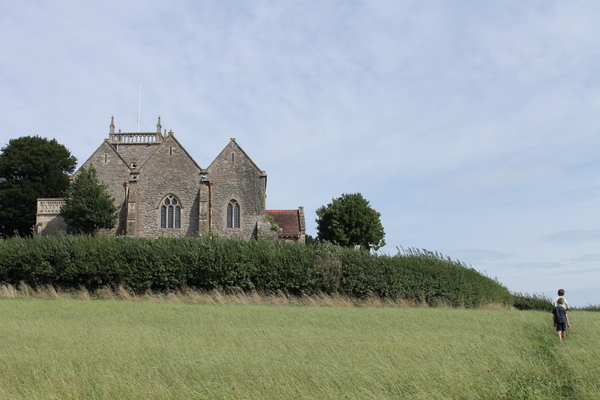 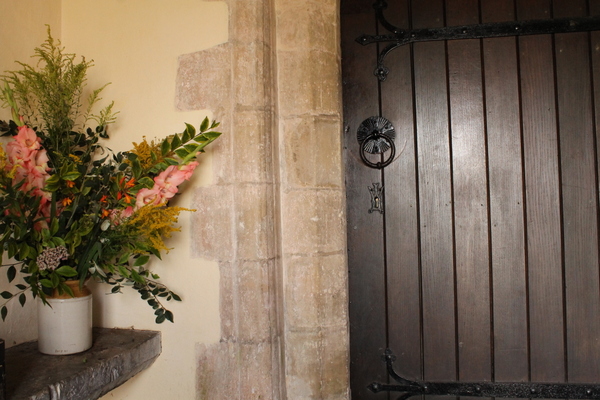 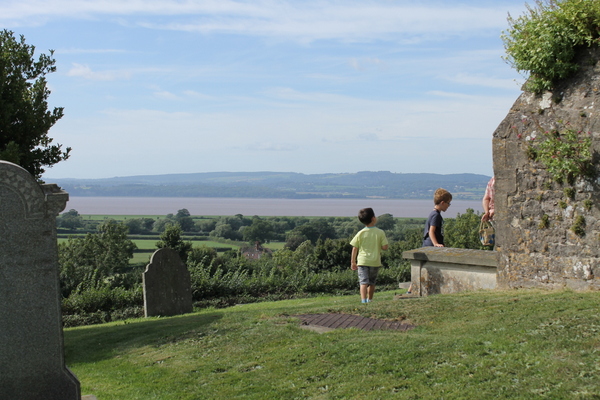 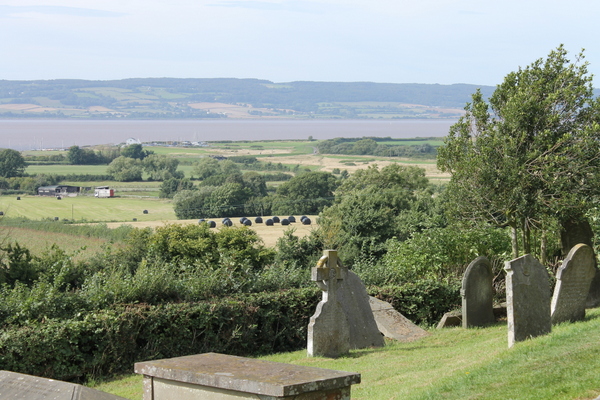 Then we circled back and walked down to the river shore.  It was a windy day.  In fact for most of the walk along the top of the flood defences my hair was blown into such a huge ball of whipped up chaos that I couldn't really see much.  I picked up a bit driftwood to make an insect-friendly woodpile for the garden (will the saltiness matter?  I might soak it first...) and carried that in a carrier, plus a chunk in my hand, my bag (which is quite big), my camera and camera case, the walk book, the teasel, the bulrush, a Power Ranger and two acorns.  No-one helped me over the gates.  What with the hair situation and the fact that it was quite a big bit of driftwood it's possible that I wasn't at my most elegant. 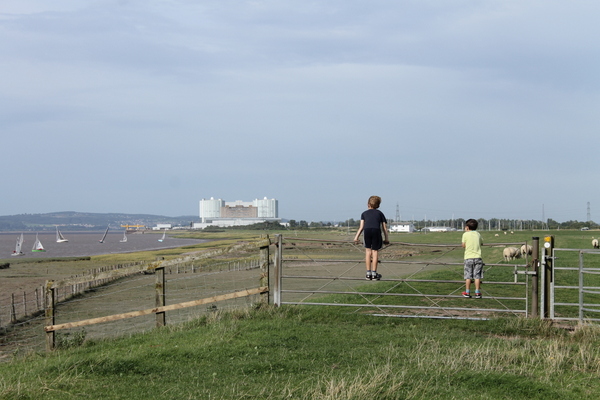 The white building on the horizon is a nuclear power station.  We can see if from our house, which isn't really what you want to see from your window, but someone has to have it.  The yachts are from the local sailing club, and they were having a great time in the wind. 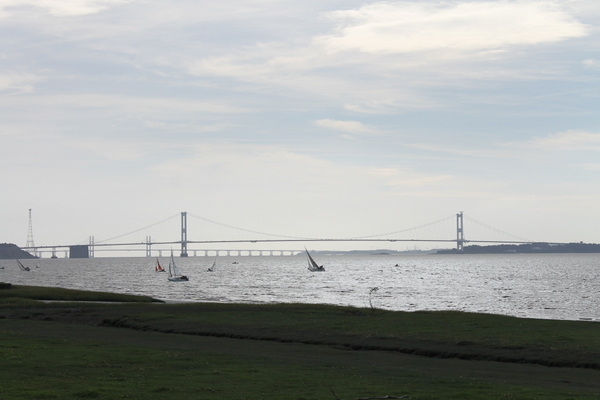 This was the view downstream.  The Severn Bridge, and behind it (underneath) you can just see the new Severn crossing.  The river is mighty indeed from this angle.