Dawn at the allotment

I woke up early on Sunday, as I do most mornings, and I had a sudden desire to do something useful.  So I grabbed a trug and some tubs for harvesting and headed out to the allotment.  I arrived there at about 6.45am, just as the sunrise was turning the sky pink. 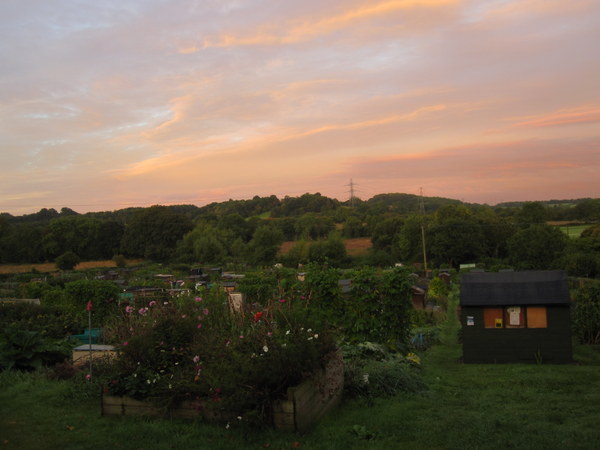 Down on the plot, which is in the bottom left corner, everything is starting to look at bit autumnal.  I wandered round for a few minutes looking at everything and taking a few photos. 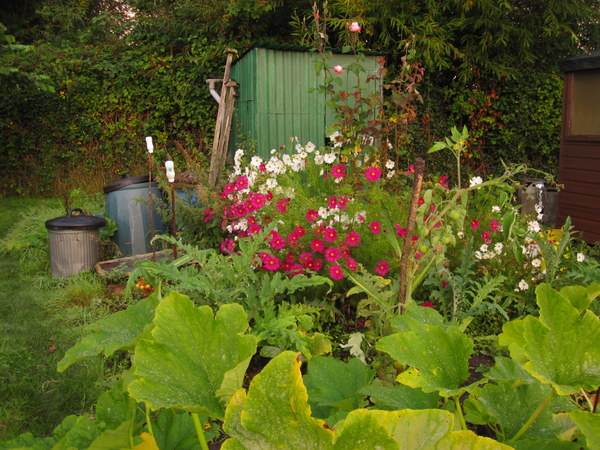 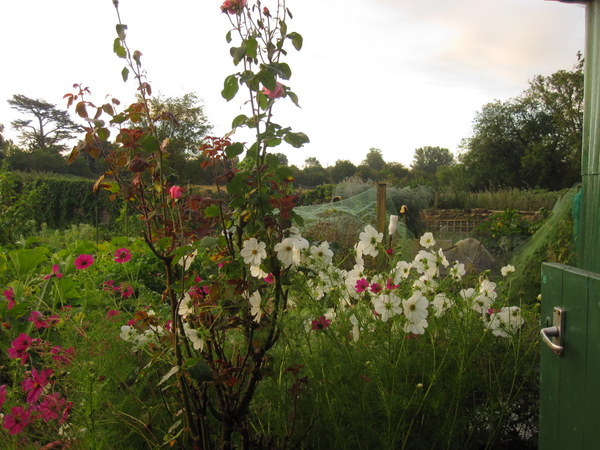 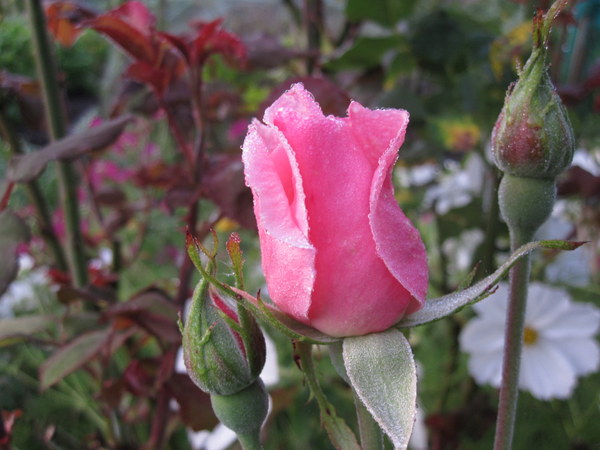 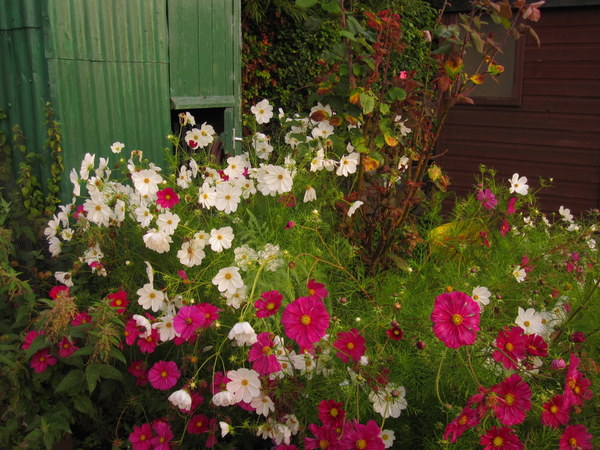 There was a heavy dew and it was quite chilly, so there was a little prevaricating before I forced myself to start work and get cold and wet.

I picked tomatoes, beetroot, cucumbers, peas, courgettes (yes, that one plant is still going strong) and a carrot (the guinea pigs had it as a special breakfast treat).

I spent the rest of my time there hacking the blackcurrant bushes about.  They are massive and starting to lean over the plot next door.  Some of the branches were horizontal as well.  So I sawed off all of the offending bits.  A job well done.

Down among the raspberries something had been digging.  Nothing popped out and made me scream, so I've no idea what it could be. 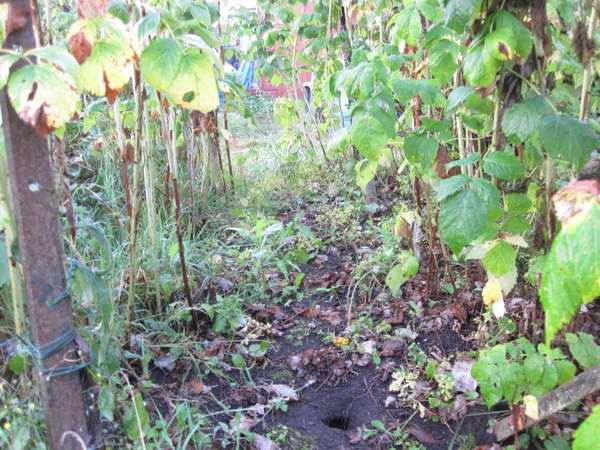 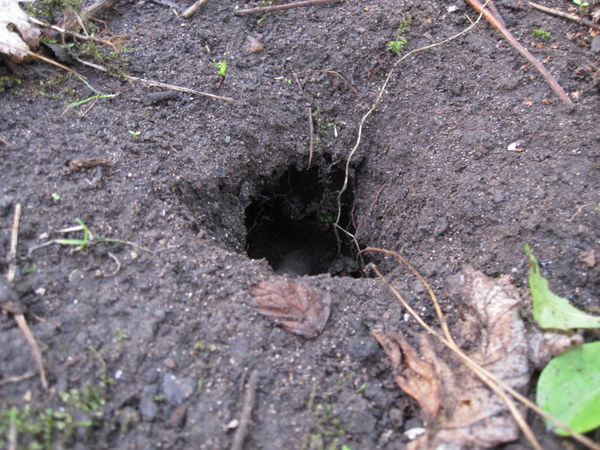 This is the view of the top of the plot.  A very weedy strawberry bed that I kept this year to see if it was productive.  It wasn't.  So at some stage they will all come out. 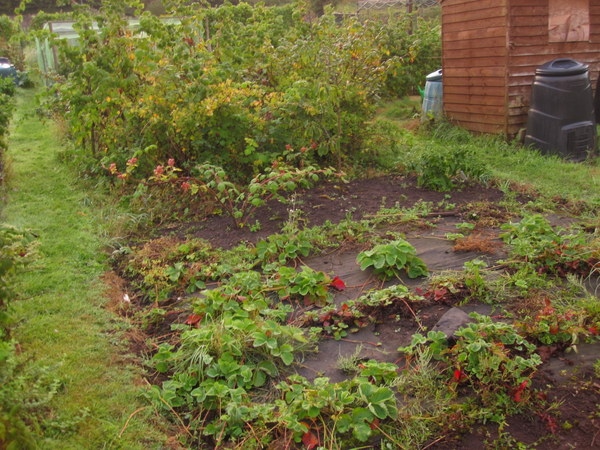 Behind the strawberries is a little Japanese wineberry that I was lucky to find being given away in the "Free Stuff" area.  It took ages to settle in, but it's got some lovely new canes growing now, so hopefully next year it will fruit. 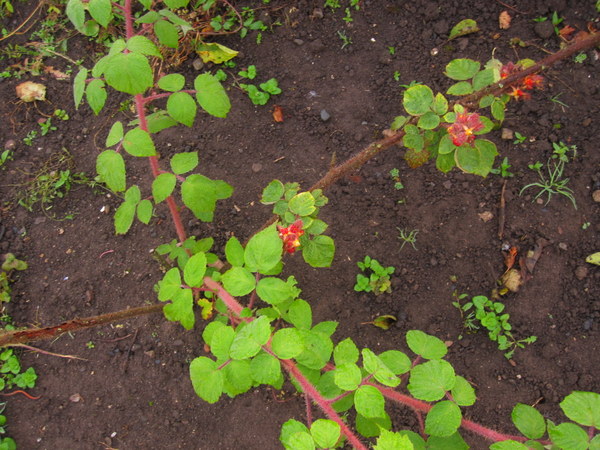 This is the view from the top of the plot to the bottom.  A big expanse of bare earth (surprisingly the boys really got into weeding and helped me clear it!  I know, I couldn't believe my luck either).  Then the asparagus, and beyond that another couple of good sized beds. 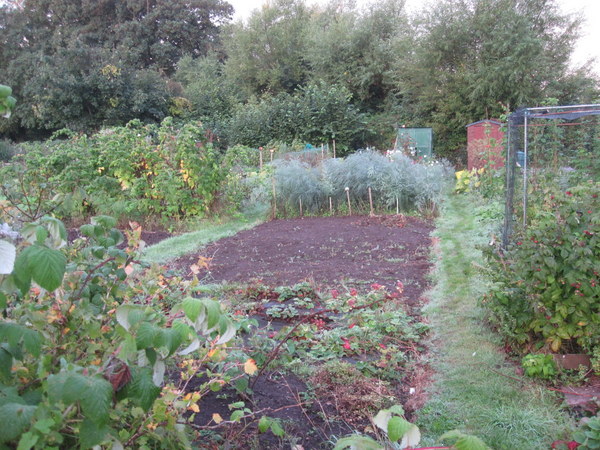 I stayed about an hour and a half and got home in time for breakfast.  It did feel quite satisfying to tick something off of the list before the day had really even started.

It won't be long now until the mornings are too dark to do this, but I might try and fit in one or two more early visits.  I'll be happy when everything is tidy(ish) and put away ready for winter.  Although I'm not in too much of a hurry while there are flowers like this to enjoy. 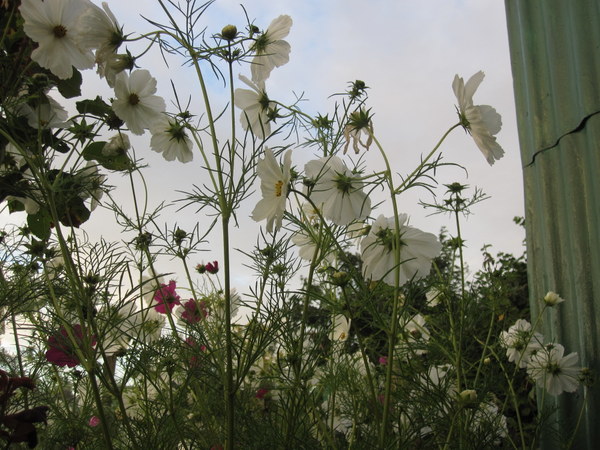 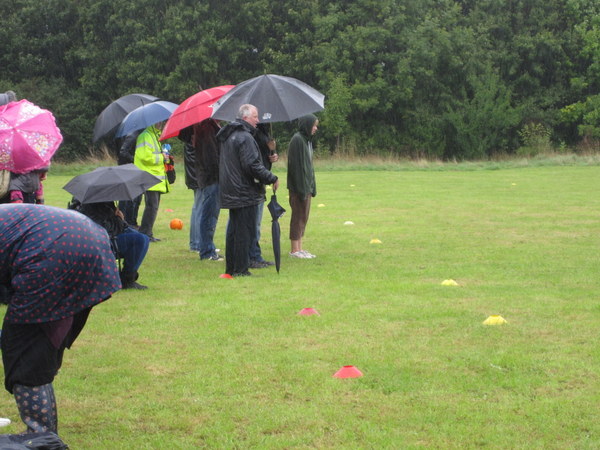 Drizzle, umbrellas, wind and then finally horizontal rain.  We all went to watch the middle boy playing football.  There were three, count them three, matches, and we were there for about two hours in total.  Safe to say we were all fairly soaked by the end of it.  I have a cold now.  I know, I know, they say you can't catch a cold from being cold and wet, but I have one.  They do say "feed a cold" though, so I'm thinking I should go and investigate the kitchen.  It's evening right now, and coincidentally that's when my willpower and self-control hit rock bottom.  Being as I have this cold that needs feeding I'm not even going to bother feeling guilty about it.
Posted by CJ at 21:34