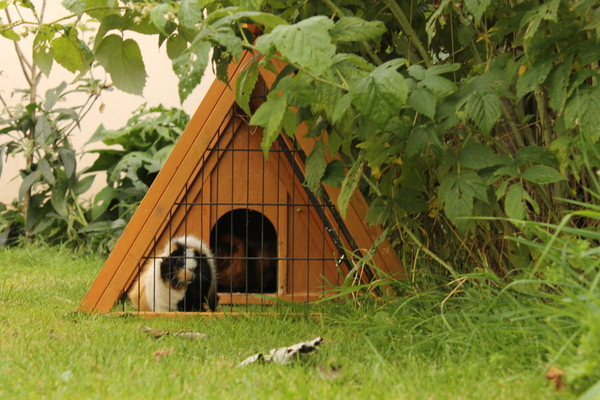 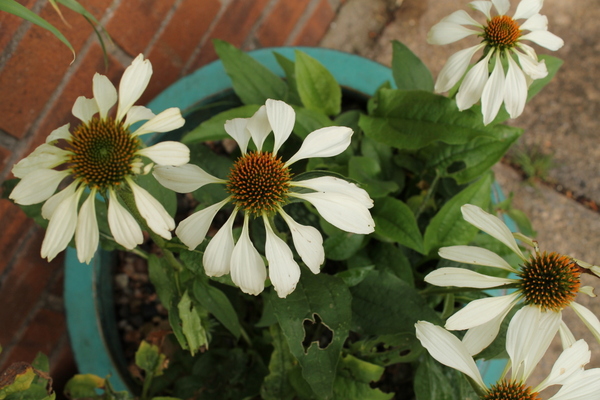 Trying to get back into the groove of term time here.  I'm feeling the need to have a bit of a tidy up about the house and a little declutter.  I'm squeezing it in whenever I have a moment.

I tried one of the Hungarian Hot Wax Yellow chillies yesterday.  Most of it had no heat at all, but the top end was a bit fiery.  I ate some slices of it raw to test it.  By the time I got to the top I was being a bit blase, so I was completely caught out by the heat.  I stamped around for about five minutes, squeaking and sweating.  I think I'll try and leave the rest on the plants a bit longer, but I won't be eating them raw any more. We went to the country park on Sunday and had a wander round the orchard, which is full of fruit and wasps hanging around the fallen plums.  I spotted this big plant pushing up through the trees.  No idea what it is.  I don't think it's a sunflower, but it has that kind of feel to it.  It's not a squash either, although the leaves look similar.  It's got quite hard strong stems underneath the foliage. There were a couple more as well, and I can't decide whether they were planted or just came up.   If anyone knows what it is I'd be interested to know. 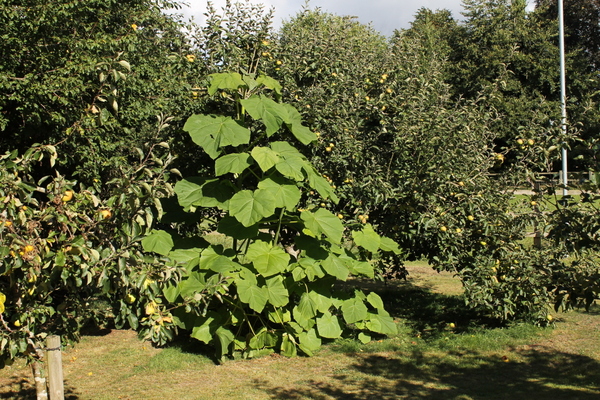 We saw a speckled wood butterfly enjoying the late afternoon sun.  Most of the butterflies we see at home are white ones.  The little people are going to try growing some insect and butterfly-friendly plants in their raised beds next year, so maybe we'll get some different ones then. 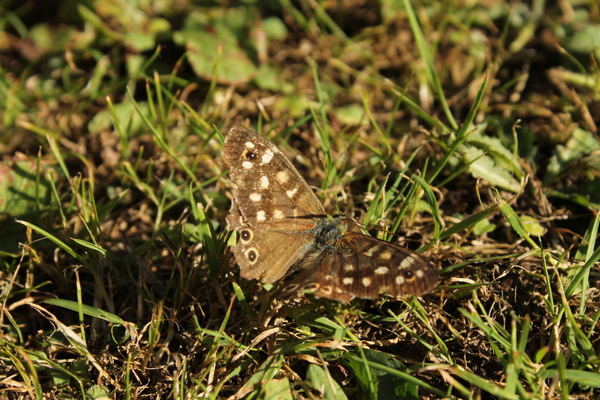 In the garden I've cut some of the grapevines back to allow more sun onto the fruit.  There's quite a bit, once I got snipping I discovered loads of bunches lurking in the foliage. 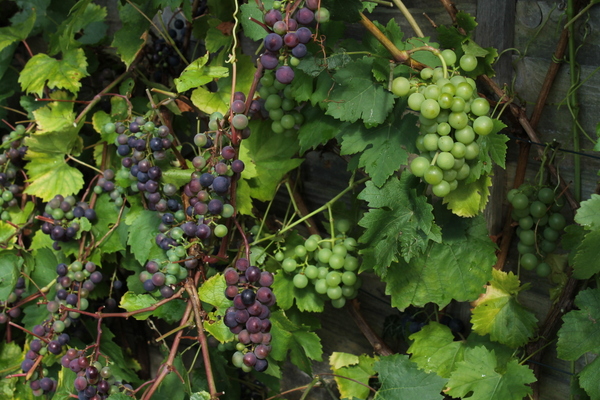 I'm not quite sure what to do with them all.  They taste nice, but most of them have three large pips in them, so they're really fiddly to eat.

There was a little rain yesterday.  My little Rose de Rescht is going to flower again.  The buds look so pretty. 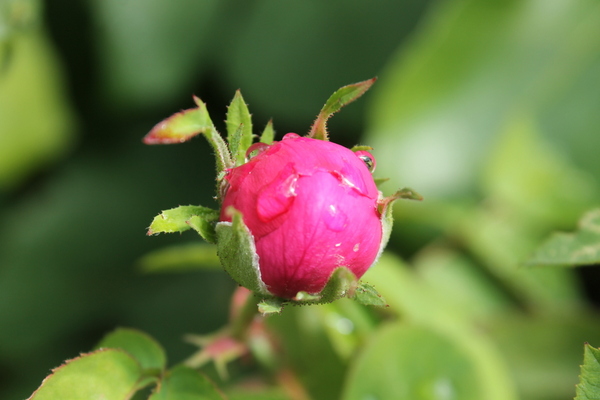 But the garden does have an overgrown end of season feel to it now.  The season is changing and changes are coming closer here too.  It's not easy right now, but all I can do is live one day at a time and try not to dwell on things too much. 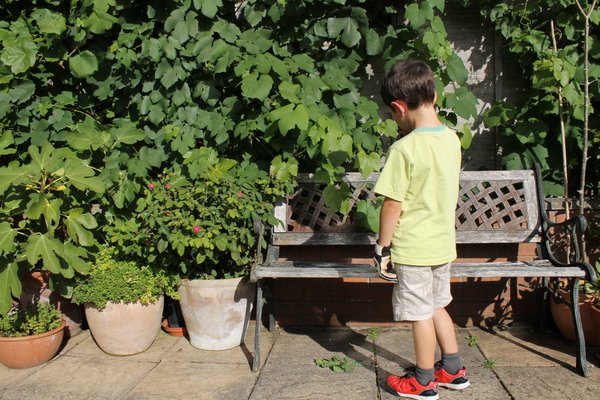 After school today there was sunshine, a carrot to eat and football gloves to wear.  It was enough for him.  It's enough for me too.
Posted by CJ at 21:37