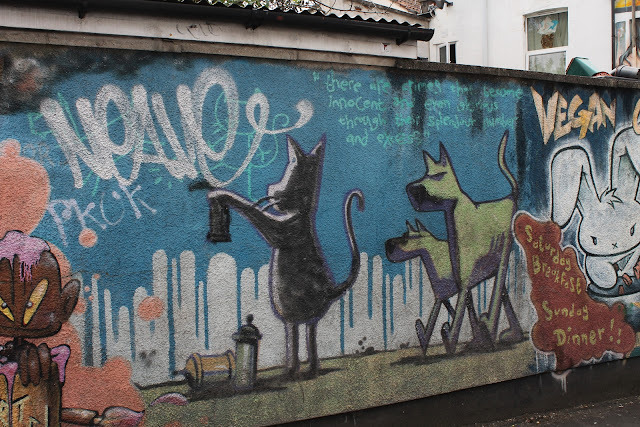 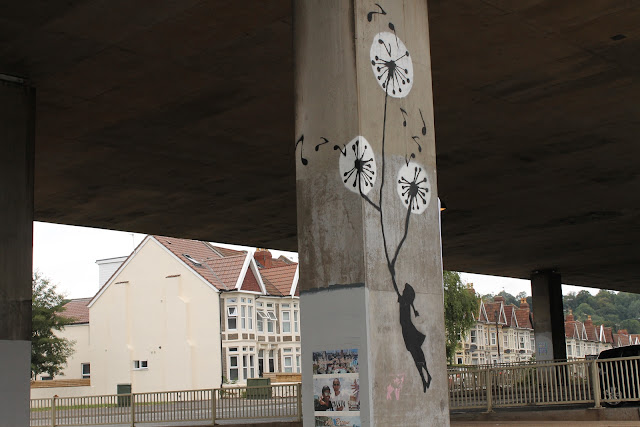 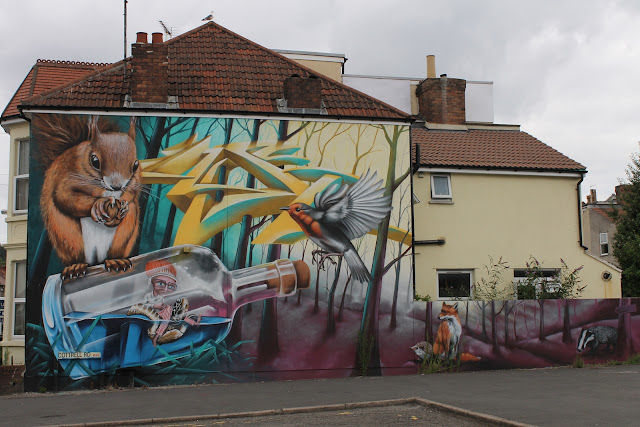 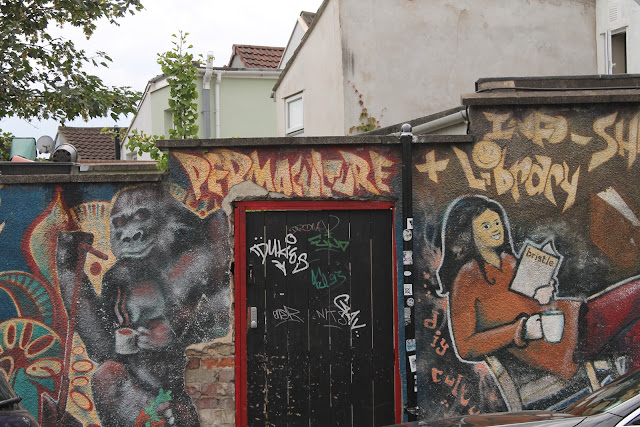 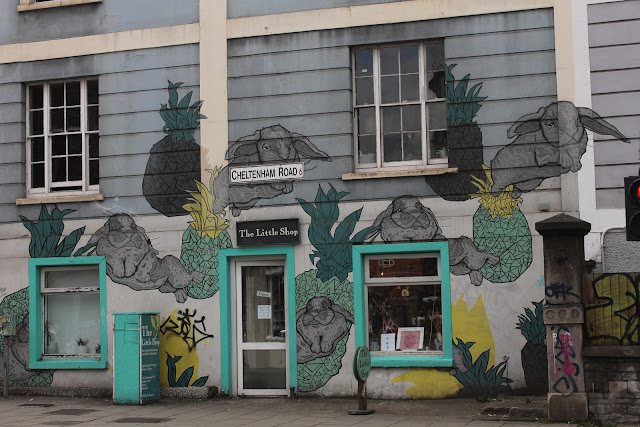 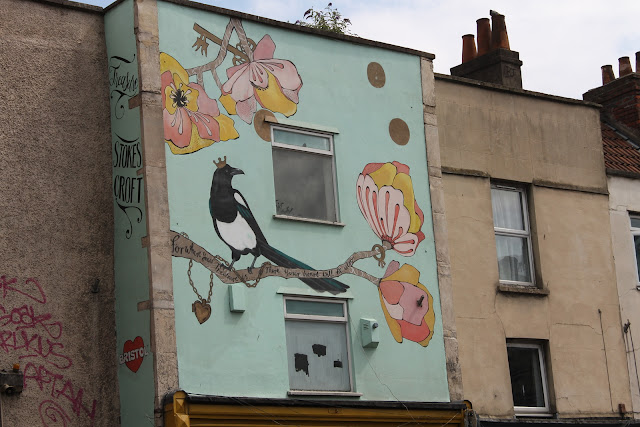 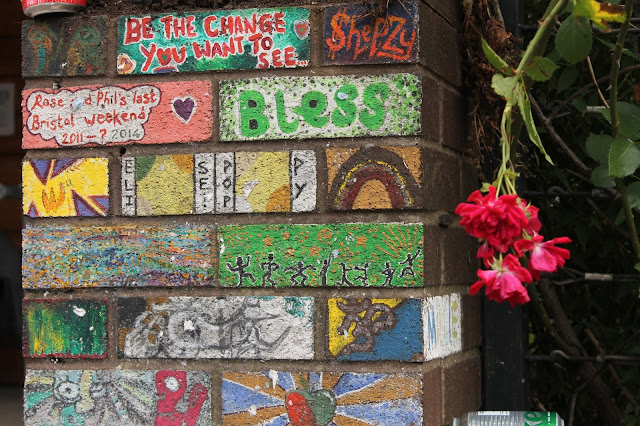 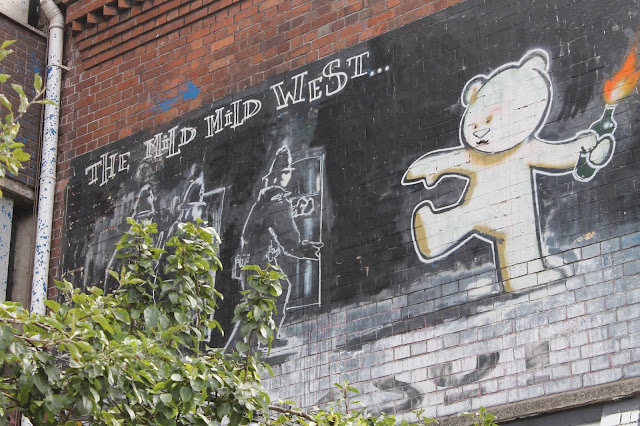 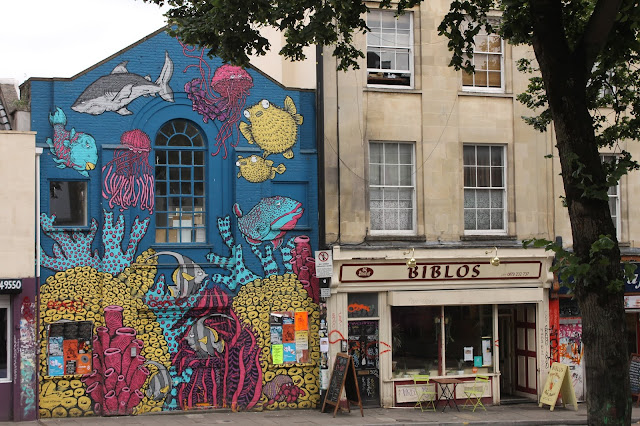 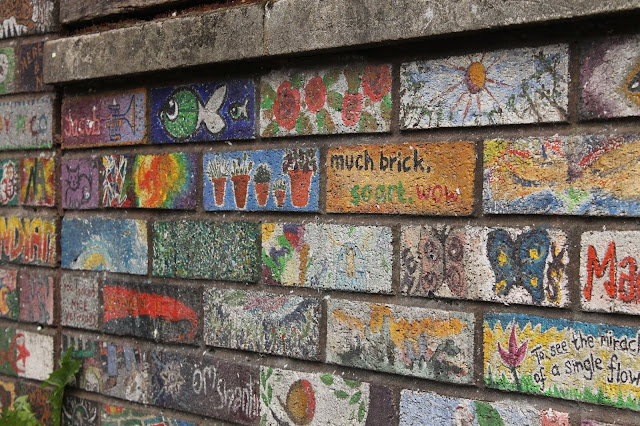 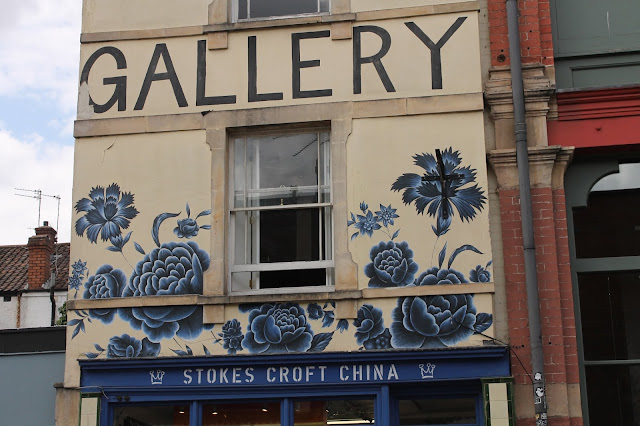 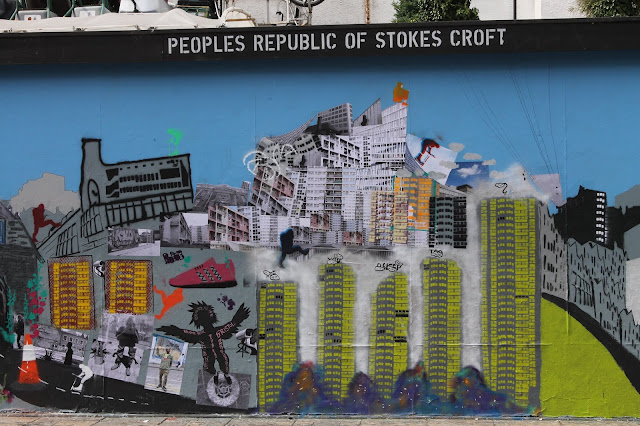 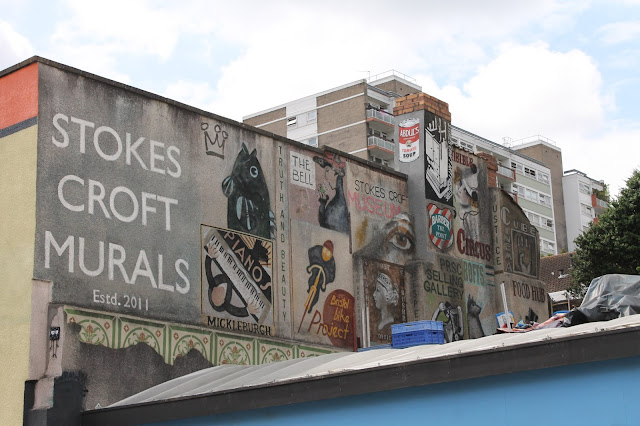 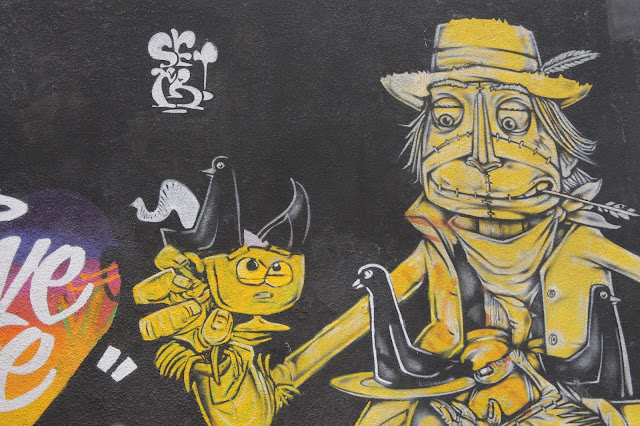 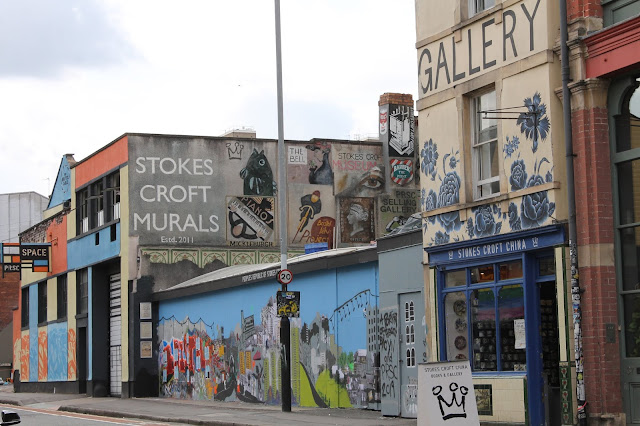 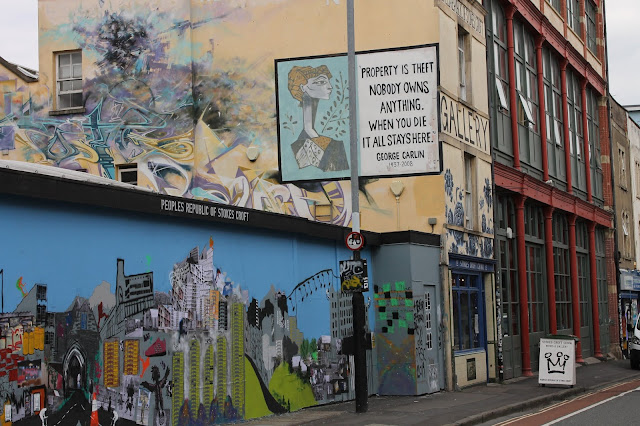 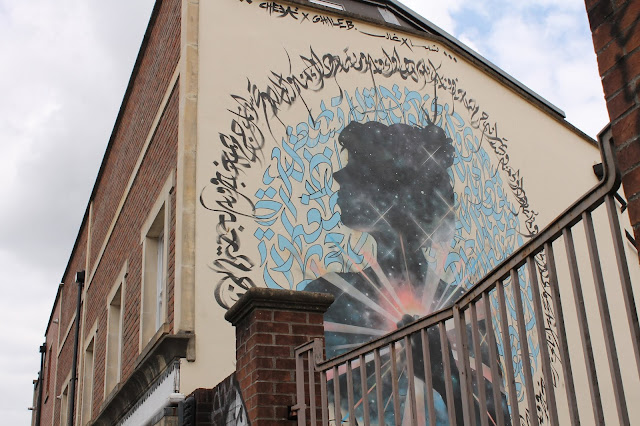 I dragged the biggest boy into the city to take some colourful photos. Honestly, GCSE photography is an effort. I shall want a certificate as well by the end of it all. Bristol is known for its street art, particularly around the Stokes Croft area. Banksy got his start here, and the first image is one of his earlier pictures. The Mild Mild West is one of his as well. There's always the argument is it art or is it grafitti? but it's well and truly taken root now and has become part of the scene in some areas of town. Anyway, it's on to flowers today, which is more my thing. My prize dahlia has been sacrified, along with my one and only zinnia. It turns out zinnias are one of slugs' favourite things, so my image of wandering dreamily through the garden with armfuls of them in the manner of a low-budget Sarah Raven has been shattered, but I was very proud of the single flower, which will now be preserved via GCSE photography for all to marvel at.

In an effort to spread myself between all three children I took the middle boy to the building shop to buy wood to make a ramp for biking up and down. He was supposed to have all the measurements ready and know exactly what he wanted, but he was typically vague and we ended up spending about 45 minutes with the chap there, with me doing mad sketches in my second-best handbag notebook and trying to explain the whole concept despite only having a very faint grasp of it myself. I happened to mention that the middle boy had seen a video of how it was all done. The chap in the shop suggested perhaps I should have watched it too. We left in the end with three pieces of wood. I could see a faint shimmer of hysteria in the man's eye after I told him we'd be back when we'd completed phase one. To his credit he smiled and said, 'I'll look forward to it.'

Next week promises to be hairy, with all of the people wanting to do all of the things and work simmering away in the background. I am breathing deeply as usual, although it's starting to make me feel a bit dizzy. Hope all is well with all. CJ xx
Posted by CJ at 15:01