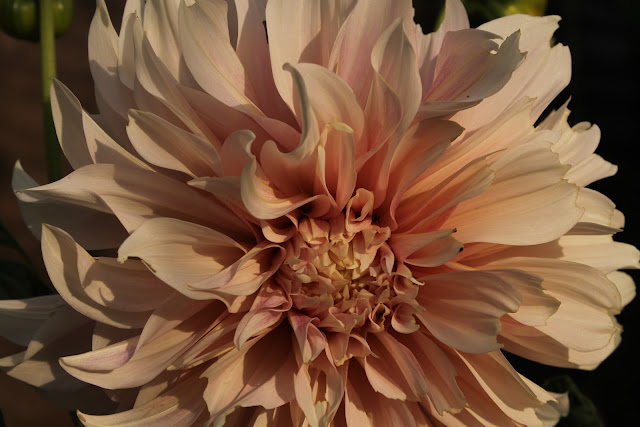 It's hazelnut season here in our little corner of the world. On our morning walks you can actually hear the squirrels gnawing away at them above your head. They frequently drop them down as you go past. It makes me wonder if they're throwing them at us sometimes. Bert doesn't approve of squirrels. With the absence of school children in the mornings there seem to be more of them about the place, teasing him with their swishy tails and their fat cheeks. I live in fear of him catching one, although I suspect he'd freak out if he got too close and just bark at it and run away instead. He's not in the least bit brave and intrepid. His best friend is, but he tends to stand on the sidelines however much she encourages him. There's a pool on our morning walk, and although he might have a very light paddle in a shallow bit of the stream, she likes to jump right in to the deepest bit. He says to her, Don't do it, it doesn't look safe to me, and she steams past him at a hundred miles an hour going STAND WELL BACK, I'M GOING IN. We are all different.

Slight technical hiccups behind the scenes here. I messed up my photo card with all the photos of the littlest boy doing his end of term things. I also lost all my phone contacts. I tried my usual fix of Turning It Off Then Turning It Back On Again, but had to result to the failsafe method of finding a teenager to do it for me. The biggest boy is slowly putting everything right and tutting at my poor technological organisation and lack of, well, I don't know really, but apparently I am doing everything wrong and I don't have any of the apps that would revolutionise my life. This may be where I've going wrong all this time. Thank goodness for digital natives to show us the way.

On the reading front I have been enjoying Sex, Lies, and Handwriting by Michelle Dresbold. 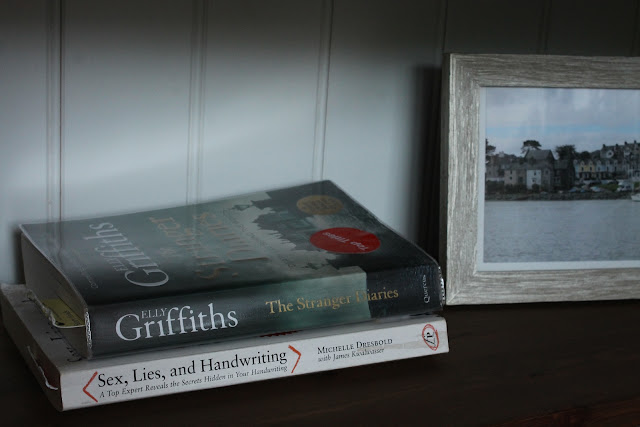 Really fascinating, although from early chapters it seems I may be paranoid and delusional, very much in the manner of L. Ron Hubbard, also with possible felon claws in my writing and maybe even the odd strangler stroke. To be fair the book mostly seems to deal with violent criminals and corrupt politicians, so there aren't many paragons of virtue to compare myself to, although I must admit my writing is nothing like Mother Teresa's, or even Michelle Dresbold's mum. So who knows what I may be capable of if pushed to the limit. The summer holidays will be the time to test it all out.
Posted by CJ at 22:05