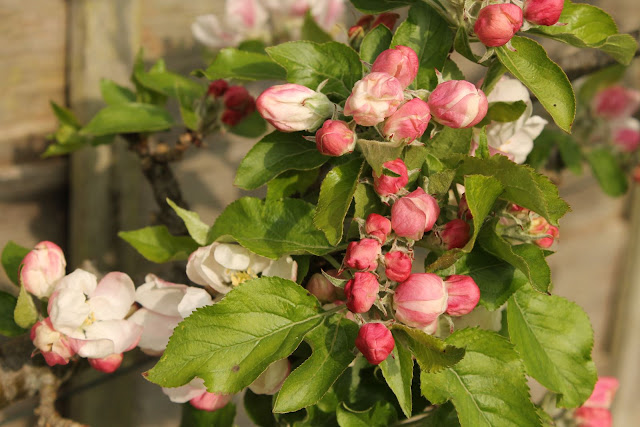 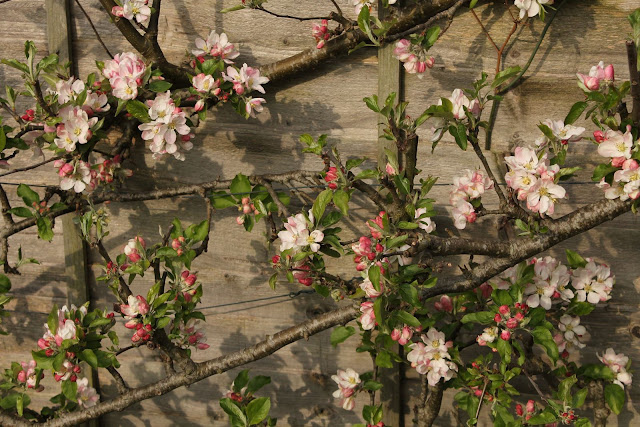 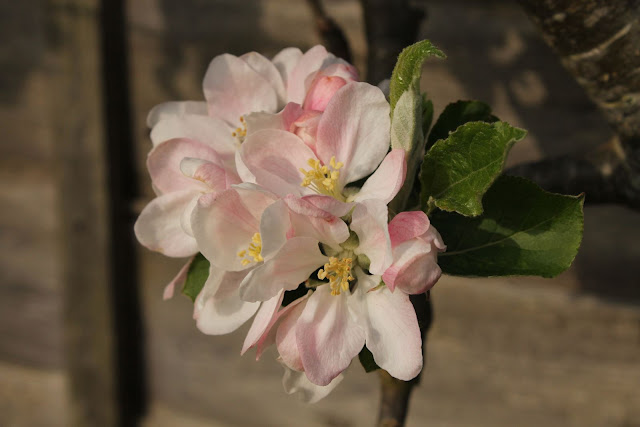 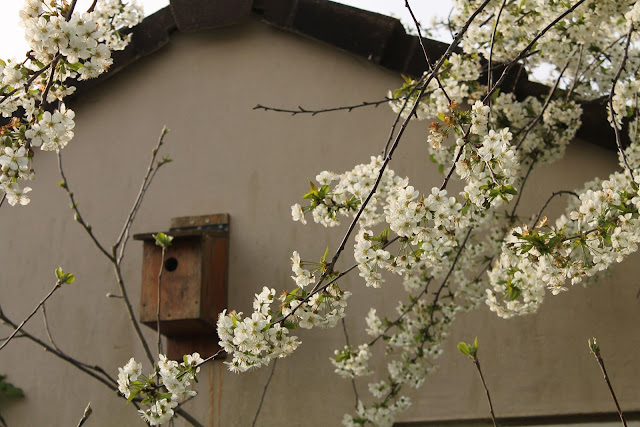 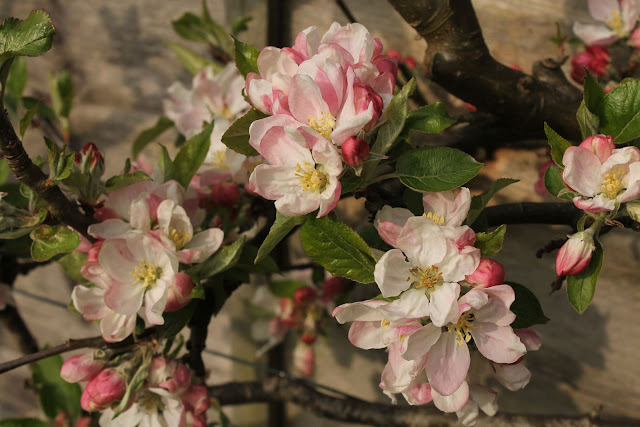 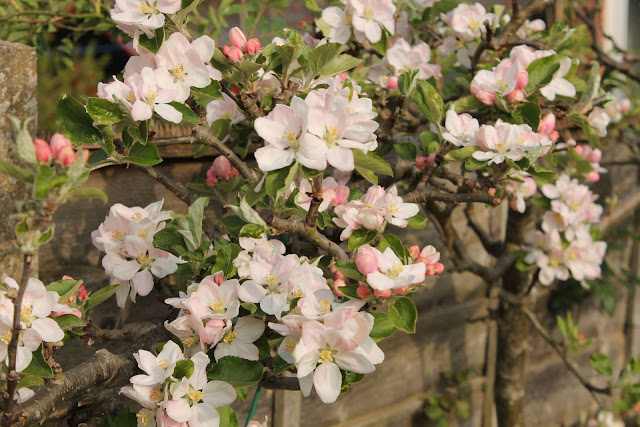 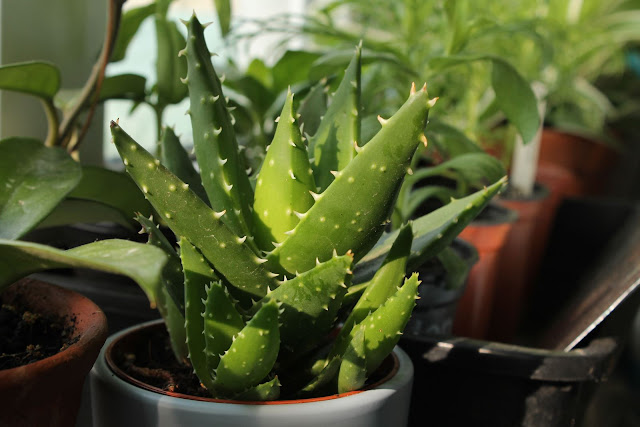 Photos from a couple of weeks ago when the apple blossom was in full bloom. Tiny apples are forming now, along with pears, cherries, figs. The peach tree looks ghastly this year, with peach leaf curl almost destroying the foliage. I need to take it out, but what to replace it with? I have a fig tree I could put in, but I'm not sure. An apple is probably a better bet, no-one will eat figs. Or maybe something ornamental.

We are almost at the end of a week of exams here for the youngest two. SATS for the littlest boy, and just ordinary end-of-year stuff for the middle one. I made a nice meal to celebrate, then had a horrible feeling that I hadn't done that for the other two. No-one has mentioned it yet. I am toying with the idea of secretly turning the family vegetarian. We have two vegetarians already together with one vegan, and I hardly do any meat or fish. I wonder how long it would take for them to notice?

The sunshine has been glorious hasn't it. I wore three layers and a scarf to cricket on Sunday, including my scarf, and I nearly boiled to death. But the cricket club is notoriously chilly most of the time. Hard to get it right, no? The dog has had a spring trim and is all deliciously short and velvety now, with the bottoms of his ears beautifully aligned with his jaw. When he has his hair cut it becomes apparent that he has no chin whatsoever. His moustache has been left elegantly long though, so that when he snores, one side of it blows up slightly. It's a very calming thing to watch and much better than working. I am also planning to put more pretty plants outside the window to look at as well. All in the name of calm serenity. Green is very good for looking at I think.

The littlest boy and I need haircuts too really. I have dog grooming scissors in the kitchen drawer and it's terribly tempting. Have any of you tried such a thing? Is it recommended? Who should go first?
Posted by CJ at 22:20