Dogs at the beach 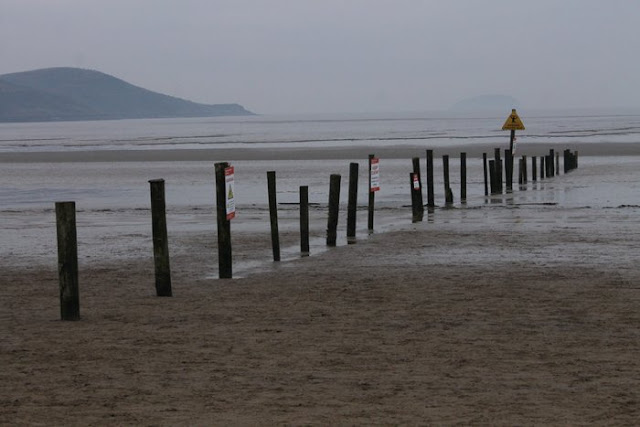 It's been a fairly quiet start to the year here. In fact I ended up visiting an elderly relative in hospital on New Year's Day, which wasn't part of the plan. But onwards and all that.

We took the dog to the beach, which he loves. All that space and all those other dogs to run with. He did run off briefly, which was scary. I wonder if we need to do a bit more training. He's very good a giving you his paw for a bit of sausage and lying down and rolling over, but not quite as good at coming when he's called and dropping things he's not supposed to be eating. He has his priorities.

I seem to be amassing a big pile of books to be read in 2019. Sometimes it's a reassurance thing I think. If I've got lots of books to hand, I can escape from real life if it all gets a bit too much. Not that I have any reason to think it will, but I'm just generally a slightly anxious person.

In the big bookshop the other day one of the assistants in the children's section asked me if she could help. When I named a book she not only knew exactly where to put her hands on it immediately, but she'd also read it and could tell me whether it was suitable for 12-year-olds.

I told her a book the middle boy had loved (Andy Weir's The Martian - he said it was one of the best books he'd ever read), and she not only found me another one by Weir, but also recommended something else that the middle boy might enjoy. And she found a colleague who'd read the second Andy Weir as she hadn't read it. I was so impressed by their depth of knowledge.

For those of you with children who enjoy sciencey stuff, The Martian is brilliant apparently, but get the junior version without all the f-words in it - I understand there are a lot. On the subject of f-words, the middle boy watched a lot of Robson Green's fishing programmes a while back, as he loves fishing. Oh my goodness RG swears a lot. F****** fish practically became a family catchphrase.

I hope your New Years are all off to a cracking start. If not, you have my sympathy and best wishes; hang on in there and maybe find a good book to escape into. Until next time.
Posted by CJ at 10:27

Email ThisBlogThis!Share to TwitterShare to FacebookShare to Pinterest
Labels: Books, The river