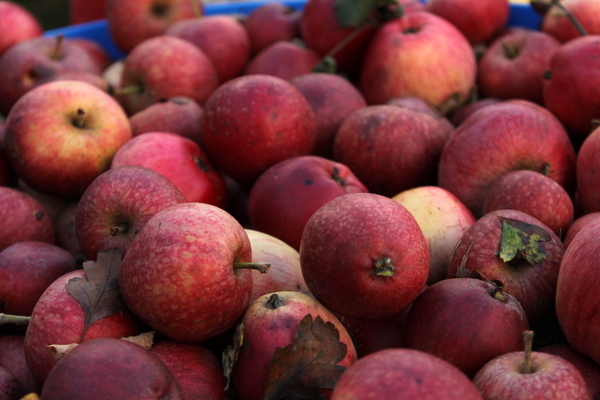 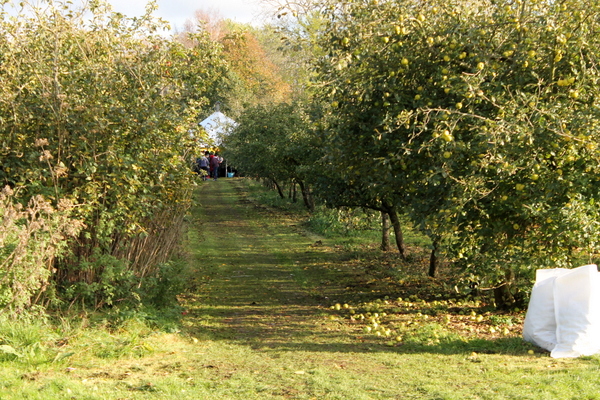 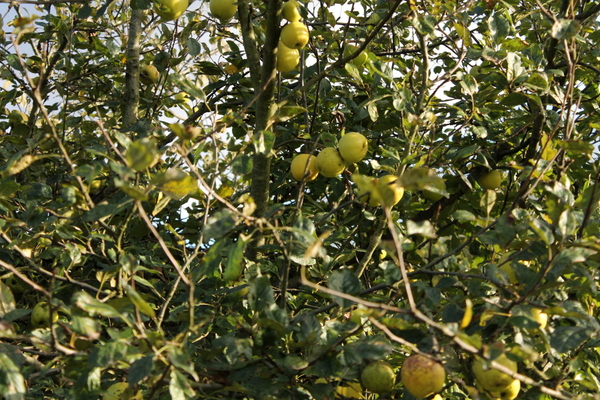 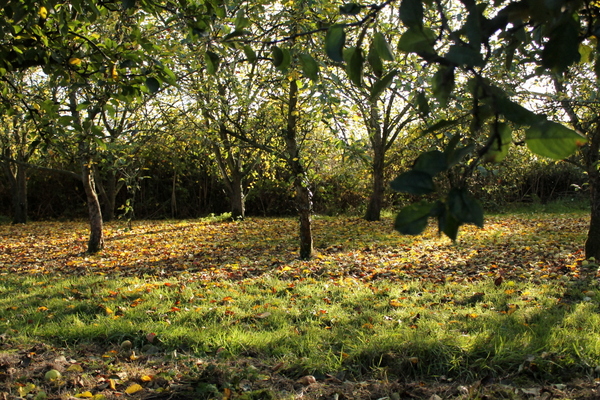 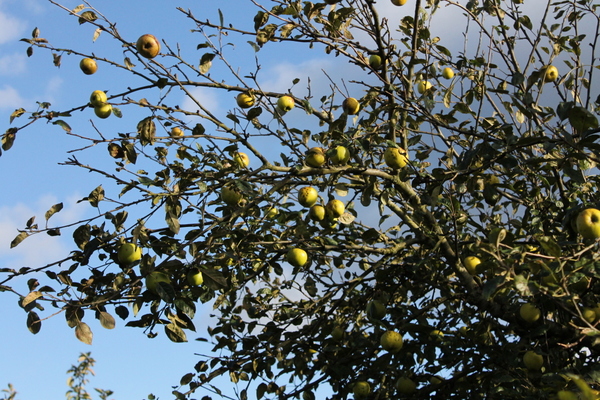 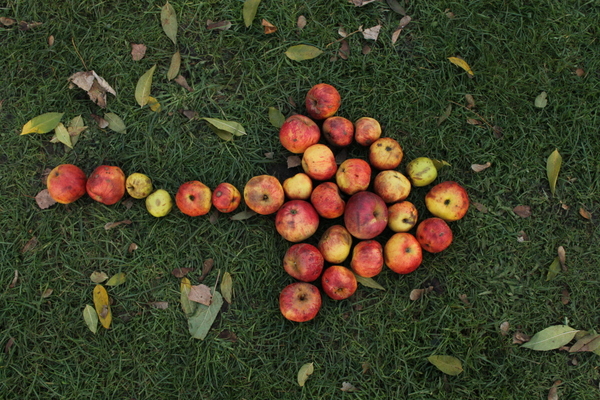 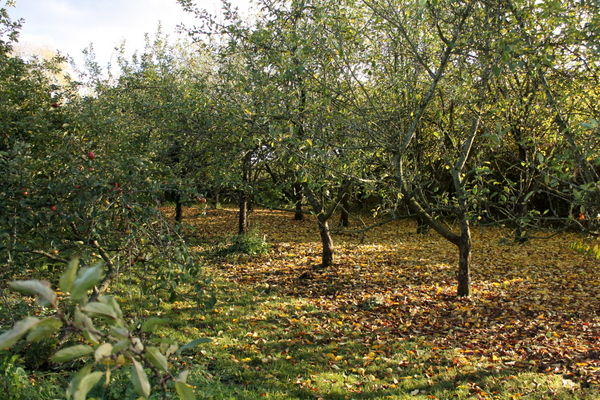 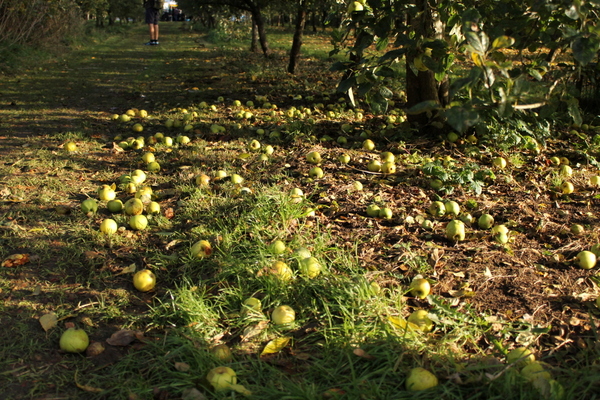 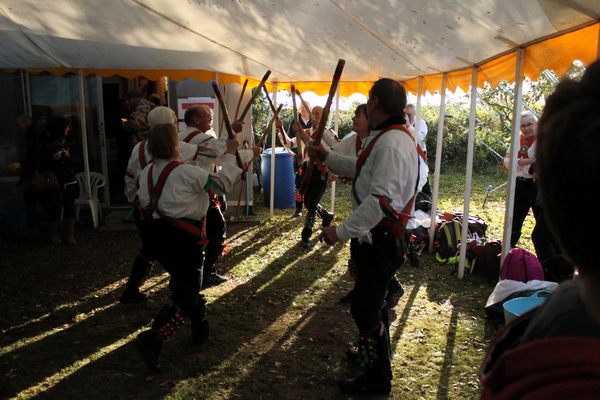 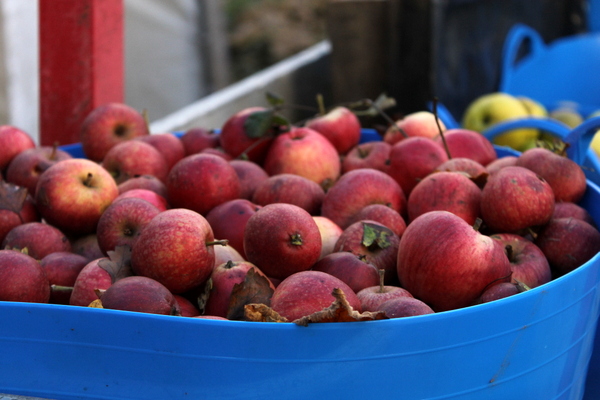 Round the back of a nearby pub there's a fantastic apple orchard. On Saturday they held an apple day in conjunction with a local organisation which promotes the conservation of the area's natural and cultural heritage. And no, that isn't just drinking cider.

There were apple things for the children to do, information about apples and orchards, basket making, Morris dancing, singing (including a song with the immortal line, "A bit more cider won't do any harm") and of course the pressing of apples. The littlest boy declared it one of his best days out, despite it all being fairly low-key.

Somehow I didn't manage to take any pictures of the fantastic old machine that chops the apples up, or of the press that squeezes out the juice. But it was a pleasure to see things done in the old way. There was as much freshly pressed juice as you could drink, and as many apples as you could eat.

We didn't stay to the end because we cycled and I didn't fancy the country lanes in the dark. After we left the bonfire was lit and there was a barbecue with, most probably, cider. And by cider I mean proper West Country cider; cloudy, appley and fairly lethal. Rough is the word you'll hear used about it. Cider is something different in America I think. It must be quite a surprise if you're just expecting apple juice.

I shall close with a smile and a wave to US readers. I hope things go the way that you want today. Not long now...
Posted by CJ at 14:07