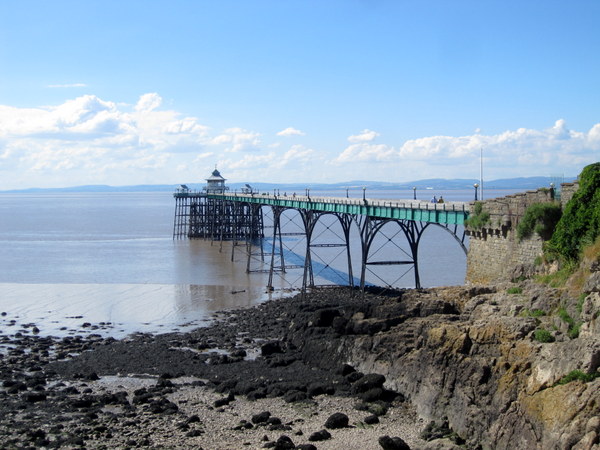 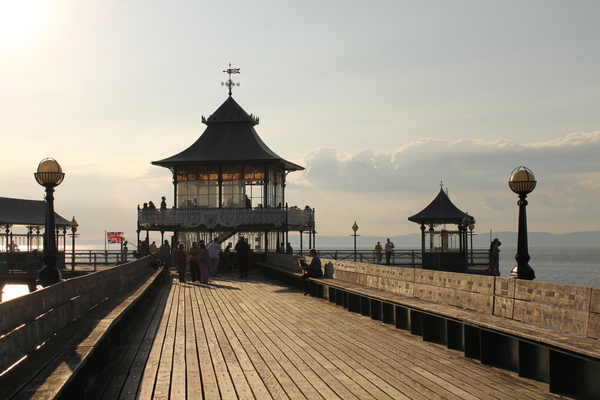 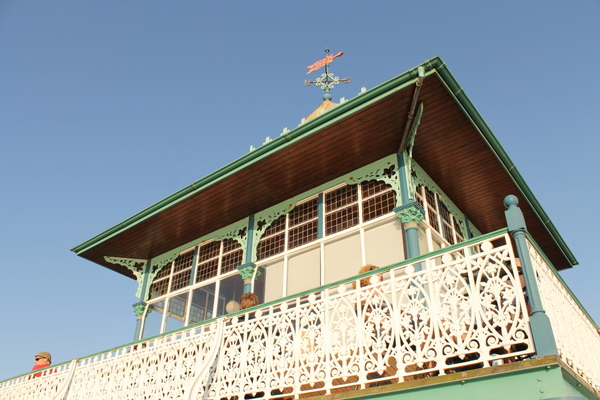 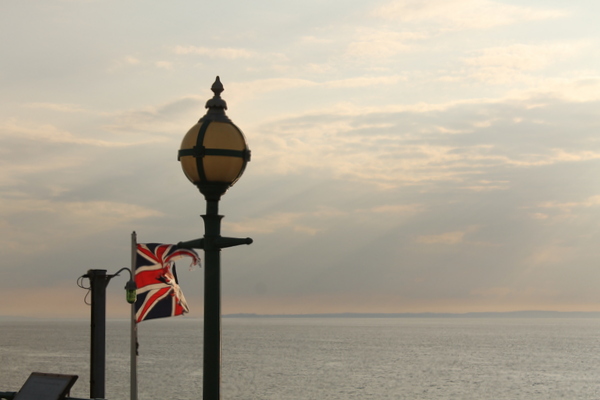 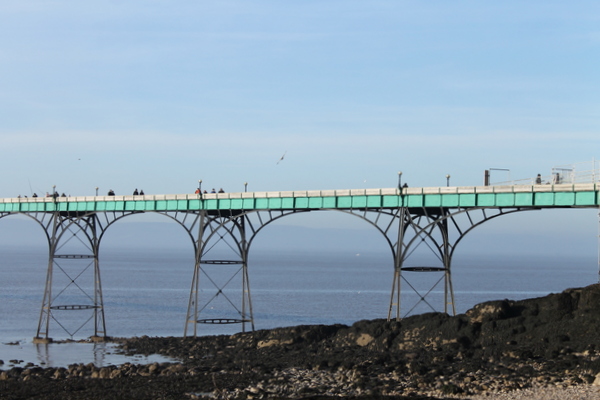 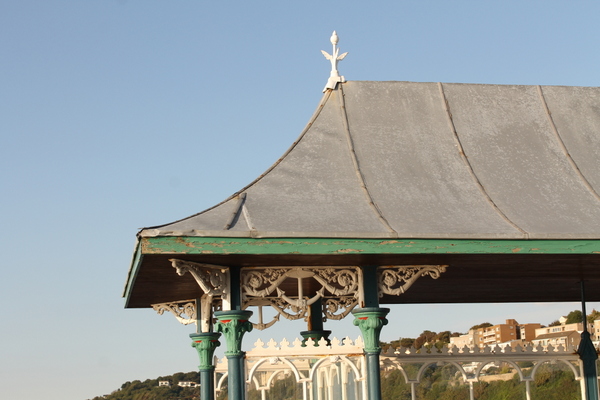 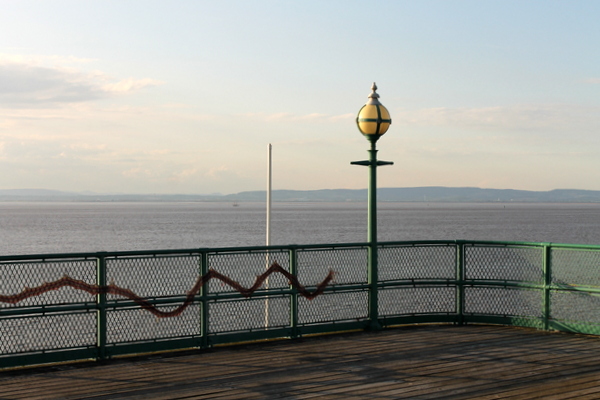 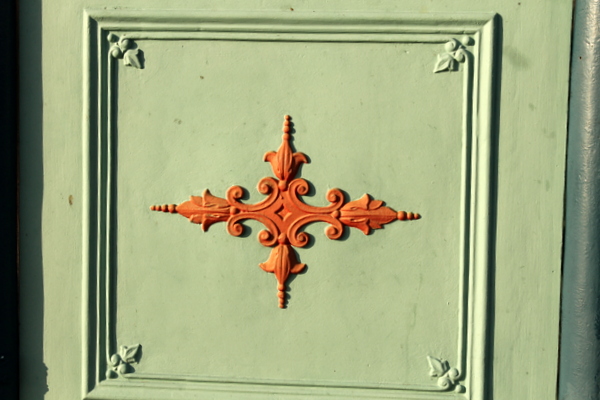 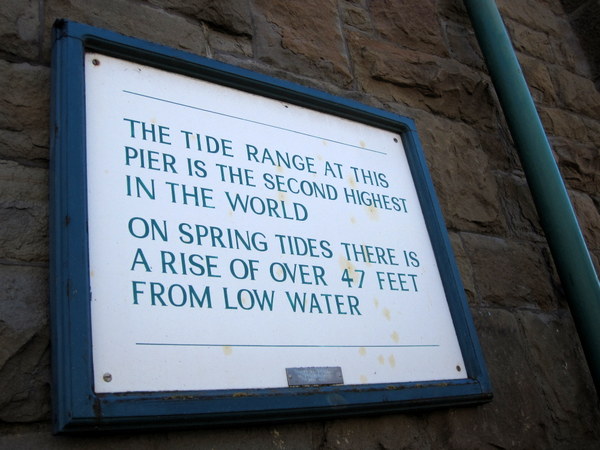 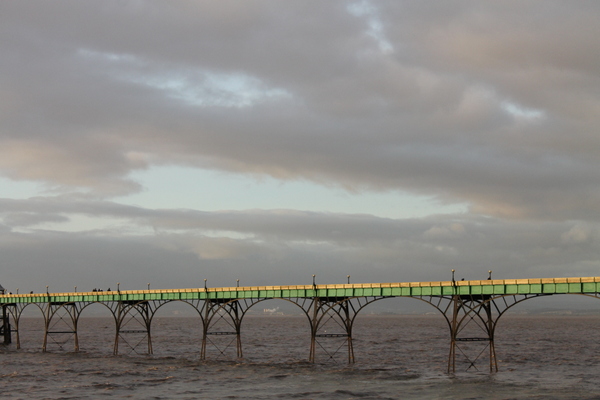 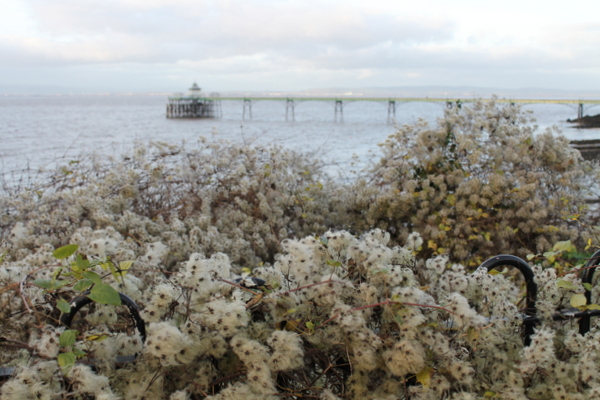 Jutting out 800' into the swirling Bristol Channel is Clevedon pier. One of only two Grade I listed piers in the country, it was called "The most beautiful pier in England" by the late poet laureate, Sir John Betjeman. It is made of 370 tons of wrought ironwork, and incredibly was moved into position by hand, before being raised by a crane. The pier is somewhere we pass by often, a landmark on this Victorian seafront, yet it came close to being demolished not so long ago.

It was opened in 1869 to facilitate the journey to Wales, just over the other side of the water and visible in the photos above. Ferries would stop at the end of the pier, at one of the docking points built to accommodate the 49' tidal range. As time went on the Severn railway tunnel opened, in 1891, incredibly taking passengers underneath the river, and meaning less custom for the ferries. Excursions in the Bristol Channel became popular though, and paddeships and steamers would pick people up for pleasure trips.

Then in 1970, disaster struck. Two of the immense spans collapsed under load testing and the pier was closed. The pier's future was uncertain for years, and moves were made to demolish it. A Preservation Trust was formed to save the pier, and Sir John Betjeman spoke in support of its restoration.

Supporters raised over £100,000 towards a feasibility study and the local authority and English Heritage also chipped in. When the decision was taken to save the pier, English Heritage and the National Heritage Memorial Fund each donated £637,000 towards the costs. Many smaller donations were also made.

The pier was dismantled and the ironwork taken to nearby docks for restoration before being painstakingly reassembled. In 1989 the pier re-opened, with the beautiful pagoda at the end being opened in 1998. It's somewhere I always love to walk. The water and the sky are always mesmerising, changing according to the weather and the season. Every shade of grey is there, and at low tide rich brown mud, beloved of wading birds who dabble about looking for worms and tiny crustaceans.

On wild days I tie my hair back and hold on to the rail while the wind whips waves into the water. While the currents underneath are deadly, waves are unusual this far up the channel. The mud is churned up into a milky cocoa colour. On days like this there are only browns and greys. It makes you forget your worries and reminds you how good it is to be alive. 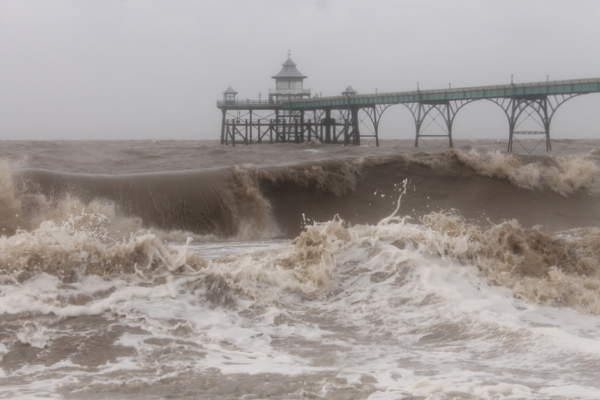 When the weather is more benevolent, the end of the pier is the best place to sit and watch the sunset. Sometimes the sky above the horizon will be the palest duck egg blue and the water will be shattered fiery sun. On a really good day there will be lavender grey clouds rimmed with gold. Over the years countless people have gazed out over the water from here, taking a moment to pause and sigh and think how beautiful it all is. I'm very grateful to the people who campaigned to save this lovely landmark. I think Sir John Betjeman would have approved. 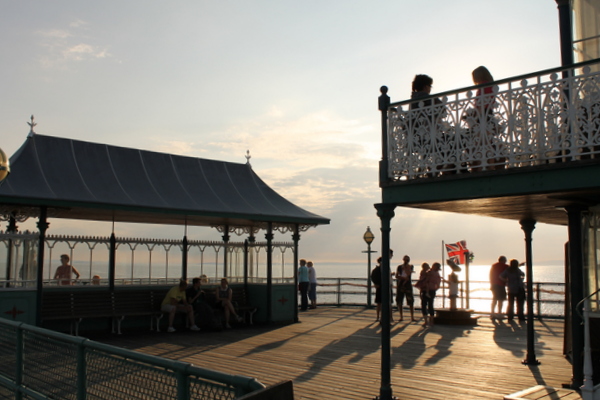 To visit the other Colour Collaborative blogs for more of this month's posts, just click on the links below:

What is The Colour Collaborative?

All creative bloggers make stuff, gather stuff, shape stuff, and share stuff. Mostly they work on their own, but what happens when a group of them work together? Is a creative collaboration greater than the sum of its parts? We think so and we hope you will too. We'll each be offering our own monthly take on a colour related theme, and hoping that in combination our ideas will encourage us, and perhaps you, to think about colour in new ways.
Posted by CJ at 05:30

Email ThisBlogThis!Share to TwitterShare to FacebookShare to Pinterest
Labels: Colour Collaborative, The river