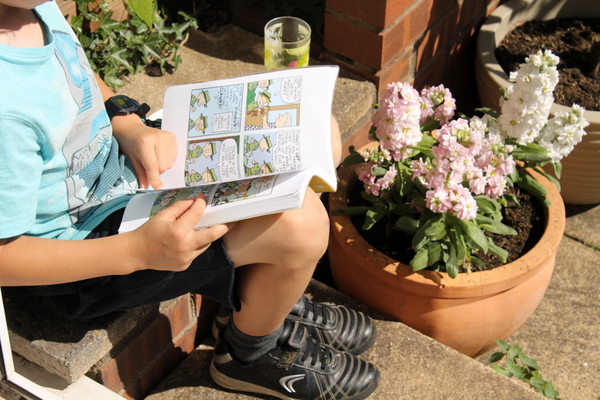 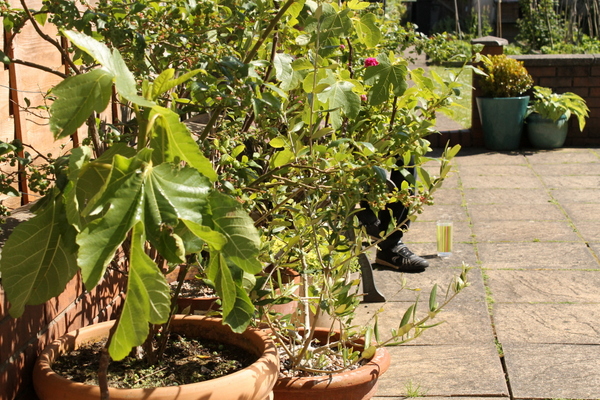 At last the gales have passed and the weather is set fair.  The greenhouse has been righted and cleaned and seedlings saved and planted out.  Pre-birthday excitement has reached fever pitch.  I told the middle boy earlier to be nice to the littlest boy by way of practice in readiness for the big day, when he would be required to be nice to him all day.  But apparently he is not able to do any niceness in advance, it will take all he has to do a single day.

Today I wrapped a football.  You would think that by now I would have got the hang of it wouldn't you. 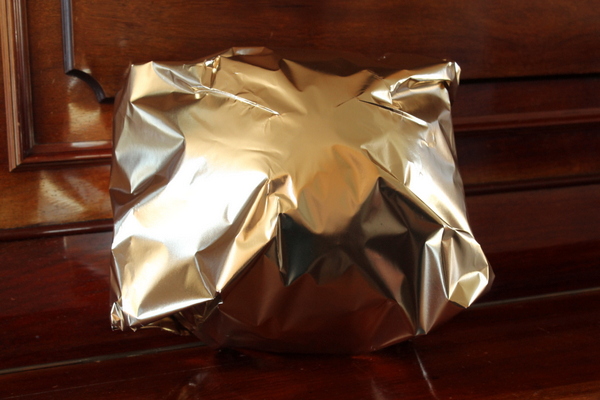 There's probably a Youtube demonstration somewhere that shows you how to make exquisite little pleats and get it all looking delightful.  In the meantime I'm going with the "scrumple it all up with lots of sellotape" approach.

The littlest boy also asked for a feather and a pot of ink.  Not quite sure where that idea came from, Harry Potter maybe, but I baulked at the idea of him on the loose with a pot of permanent ink.  What about the carpets???  It's clearly a disaster waiting to happen.  And you know how disasters like to cluster around me.  So let's hope he's not crushingly disappointed.

At the top of the birthday list was an item that read, "Three Nerf guns".  One for the little man and one each for his adored brothers.  I tried to tell him that one would be more than enough.  He was quite sad.  Although he is desperate to shoot his brothers, to his great credit he wants them to be able to shoot him back.  Until of course he gets a Nerf bullet in the face, then it will all be off.  Anyway, his dear little face was so downcast I relented and ordered two more, and some spare ammo.  Imagine my surprise when my lovely friend sent three, count them three Nerfs that her boys had outgrown.  For a moment there was a very real danger of the whole household being armed and dangerous, with one to spare.  I managed to cancel the extra two.  But the birthday morning promises to be very lively.

The littlest boy is always quite a generous and kindly soul.  The other day he had a packet of new pencils that had times tables printed on them.  He sweetly and of his own volition gave one to each brother.  The next day before he got up, they were being ever so slightly mean about the pencils.  I said, "Don't be mean, he's so generous to you guys.  You wouldn't give him anything if you had a packet of something all to yourselves.  Honestly, he loves you so much, he's always hugging you and wanting to play with you and giving you things.  And when you're sad he tries to cheer you up and he hugs you and when you're away he misses you so much."  The eldest said, "And all the time we're plotting to flatten him."  (Joke of course, they adore him really.  They do.)
Posted by CJ at 21:54