One mile an hour

A Sunday afternoon walk, and a new low as far as speed goes.  A two mile walk took us two whole hours.  Honestly, I don't know how we manage it.

We were headed here, to the lovely Tudor manor house and church at Owlpen. 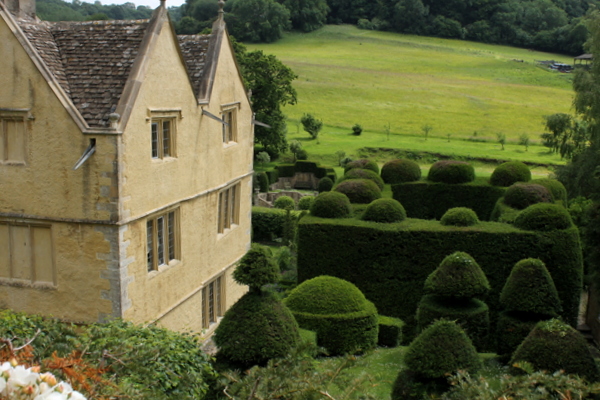 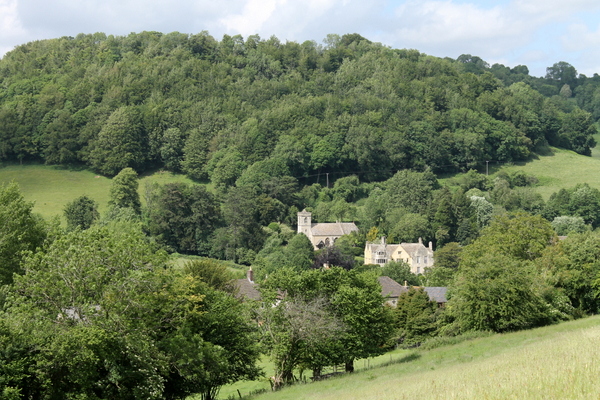 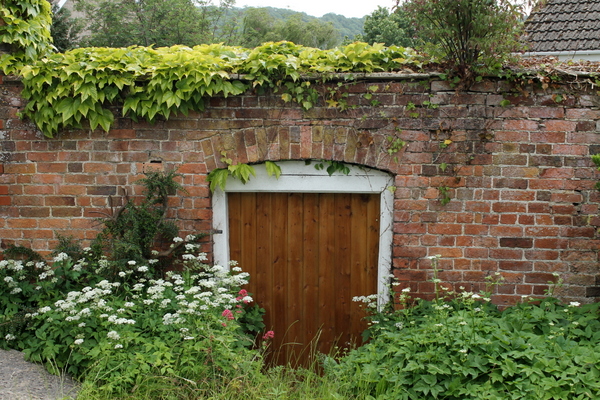 The trouble is, someone is always lagging behind.  The biggest boy likes to look for birds in every hedge and bush.  The other half likes to admire the architecture and landscape.  I like to photograph things.  And the littlest people are either commandoing through the undergrowth in the manner of Bear Grylls (or so they imagine, in reality it is more like a rhino approaching) or hitting things with sticks.  It makes for a pleasant afternoon, but we are SO slow.  Before children we used to walk for miles.  We're going on holiday to the mountains of north Wales soon, we're supposed to be in training.  At this rate we'll be spending the night halfway up. 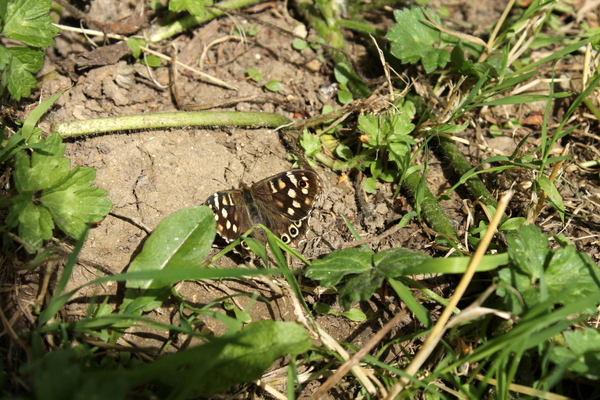 Owlpen Manor is gorgeous, but it's not very easy to see from the road.  It dates from 1450, and now it's used as a wedding venue, that sort of thing.  If I was a different kind of blogger I'd spend the weekend there and give you a review, but as it is you'll have to imagine me sidling into the bottom of the garden and taking a few sneaky photos. 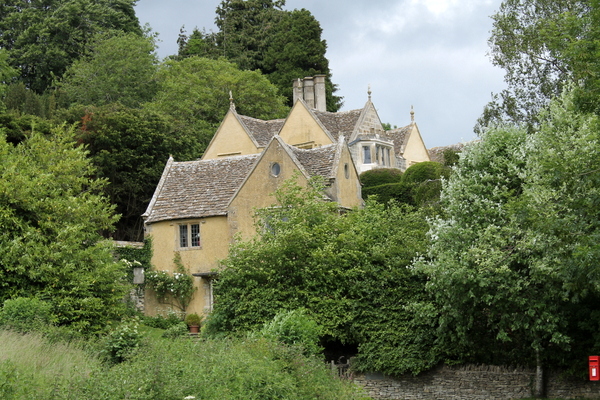 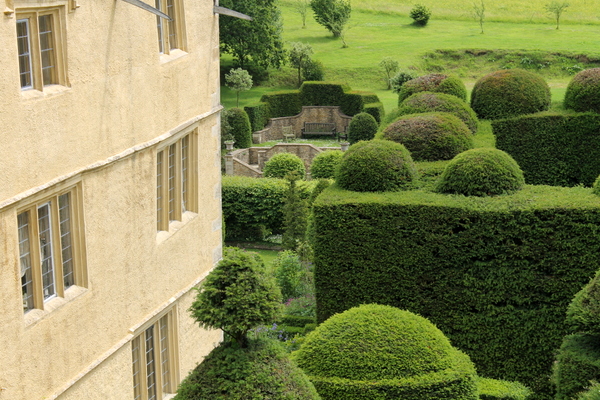 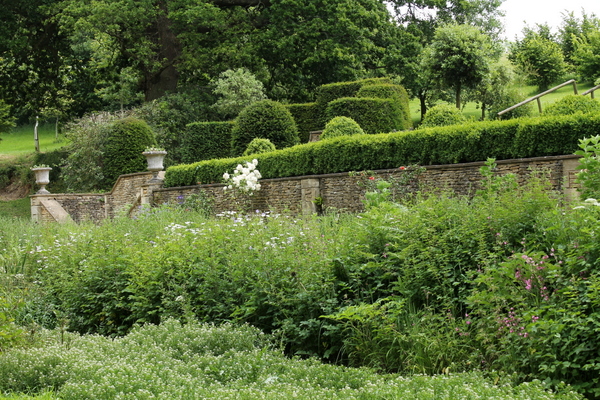 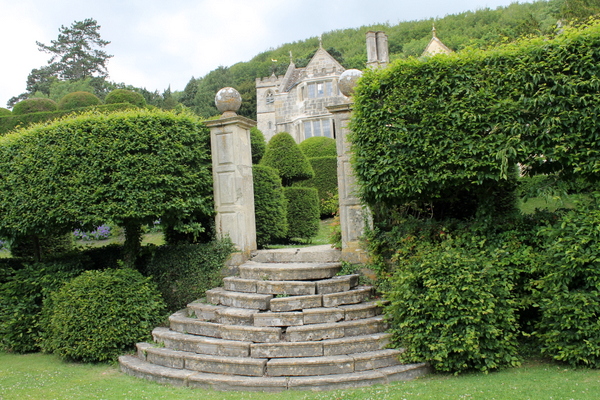 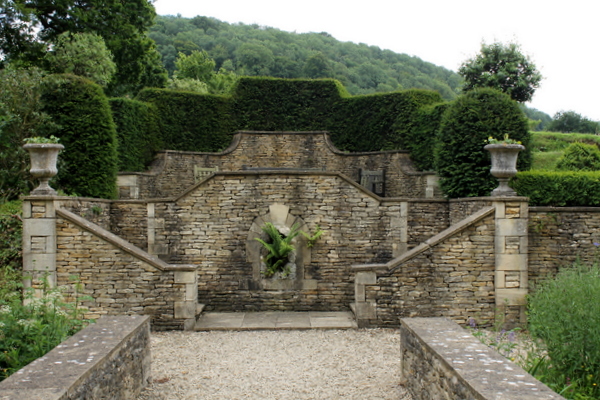 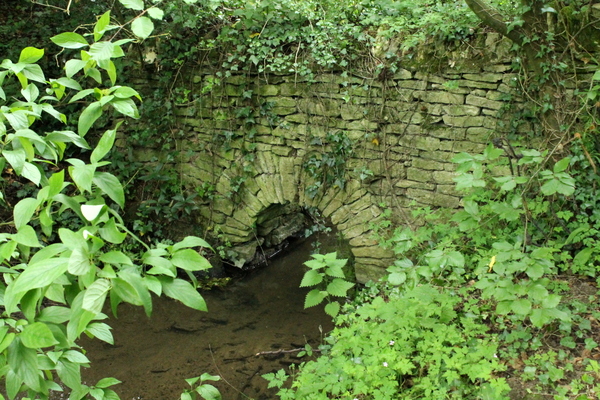 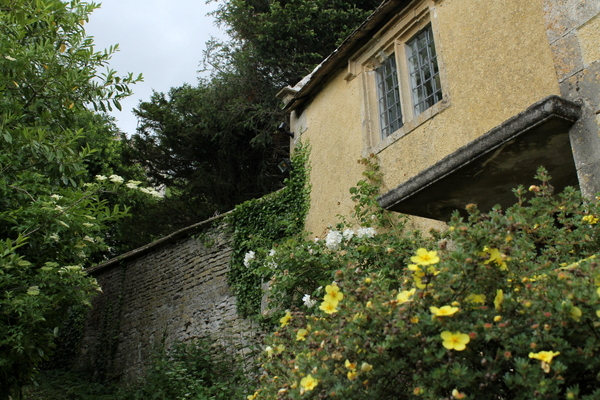 We had another cow moment on the way back.  We climbed over a small stile out of their field (just visible in the fence below) and as we each went over, the cows became more and more interested in what was going on.  Actually, I think they were bullocks because, well, you know.  Anyway I think that's the correct term but what do I know, just an ignorant city girl.  By the time I went over second last they had decided they wanted to get up close and personal, and by the time the biggest boy, who was last, was climbing up they were actually all trotting directly at him.  The littlest boy nearly fell off the next stile because he was shrieking with glee and laughing so much. A farmer was hard at work, making the most of this longest day.  I always fancied being a farmer's wife.  Baking cakes and growing vegetables and keeping lambs in the bottom of the Aga, that sort of thing.  Nobody is to leave any comments shattering my illusions. 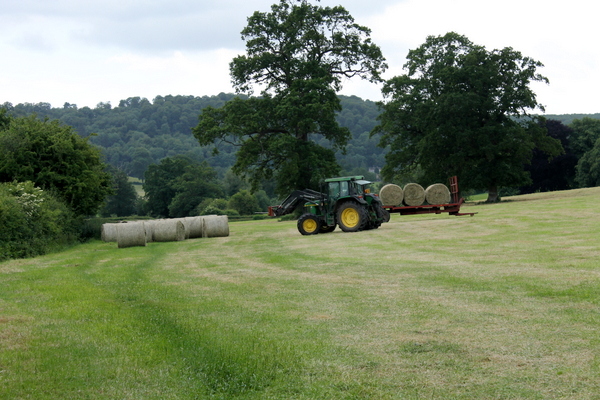 Love this tree growing right out of the bottom of the wall of this house.  The sort of thing a mortgage surveyor would make you chop down.  Oh that would make me cross. 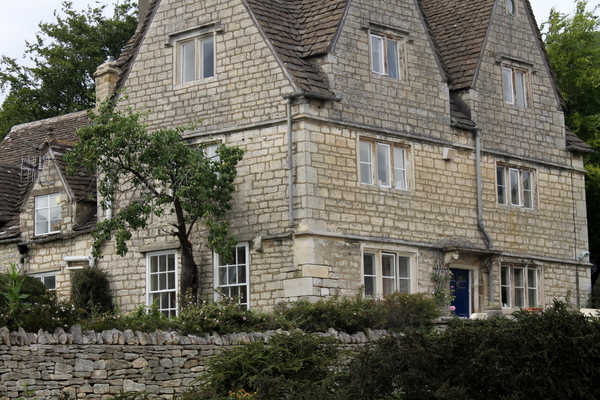 The corner shop, only posher.  This one was opened by Prince Charles a couple of years ago.  We have a One Stop Shop here, it's not quite in the same league.  The posh one has bunting and a vintage "Postal Telegraph" sign.  We have kingsize Dairy Milk bars on BOGOF and two dozen cans of Stella for a tenner. 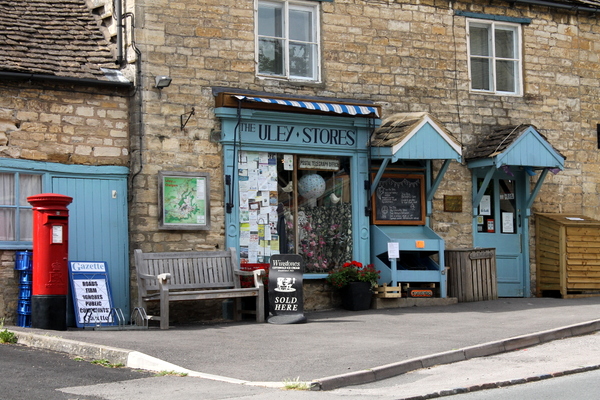 Uley church.  There was a notice in the porch saying that one-third of the country's 2,000 varieties of lichen are found in churchyards.  They like all the ancient stone. 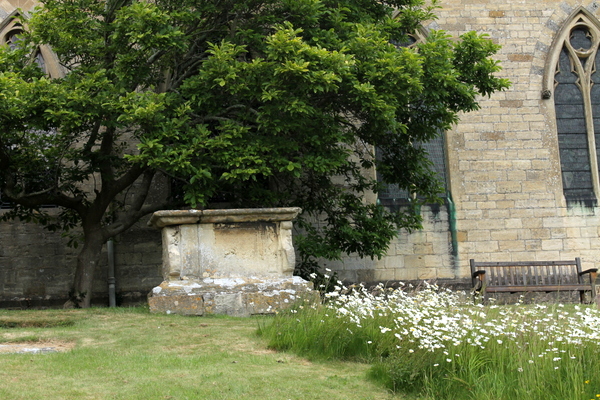 Stained glass in a window put in in the early 1800s.  Wonderful detail. 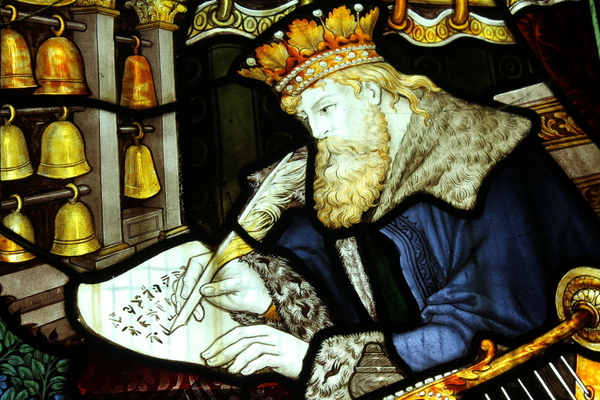 On the drive home we stopped at this amazing viewpoint.  The river is in the distance.  The drop below is really steep, I imagine it would be amazing to hang glide off the edge.  Oh how I would scream. 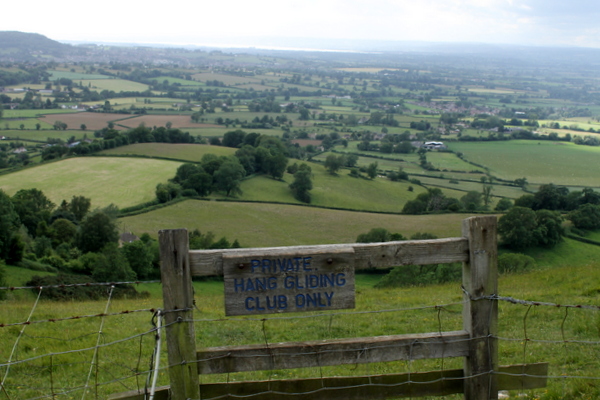 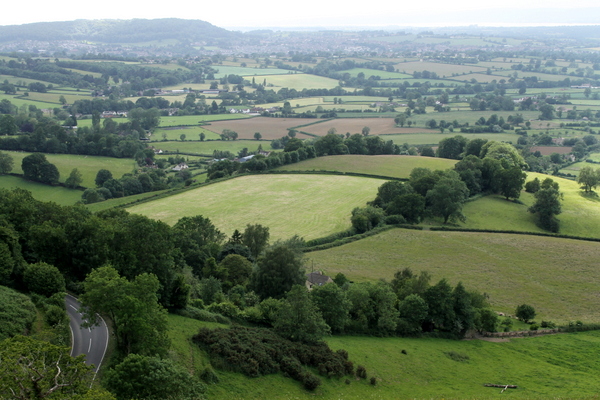 You might be able to just make out a pointy mountain in the photo below in the far, far distance (centre horizon).  I told the boys we are going there to train next.  It's in the Black Mountains, not far from where the SAS train in the Brecon Beacons.  I have captured their imaginations and they're all terribly enthusiastic about it. 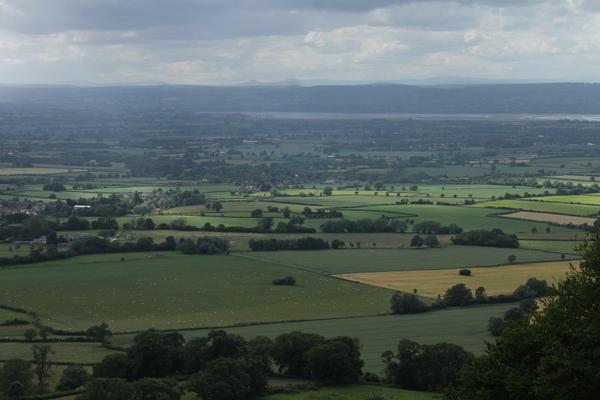 I've had a look, and it's a distance of four whole miles (!) which, because of the height of the thing (just under 2,000') is estimated to take between three and a half and five hours.  If we walk at one mile an hour, and a normal person walks at four miles an hour, then we will need to multiply by four.  So twenty hours should see us do it, although we may have to add in meal breaks.  I do hope I haven't bitten off more than we can chew.
Posted by CJ at 20:53