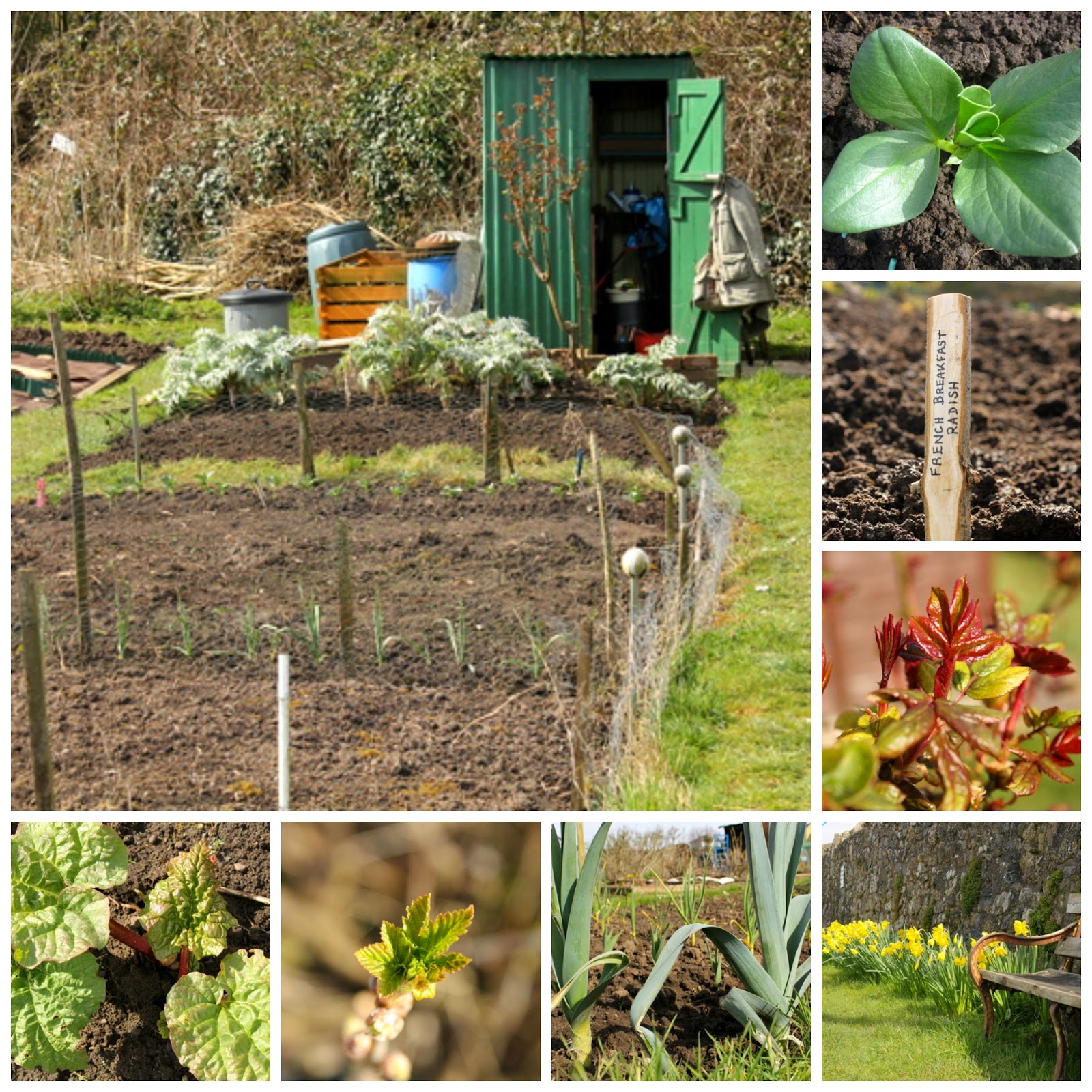 March is the month it all begins.  Seed packets are shaken out, plans are made and the sowing gets under way.

Almost all of the previous year's harvest is exhausted, there are just two or three leeks left, a little kale and some spinach.

I've spent some time weeding, forking over the soil and spreading manure.    The gooseberries, blackcurrants and roses are starting to grow again.  The rhubarb is unfurling and the broad beans are slowly making themselves at home.

The windowsills are filled with seed trays - tomatoes, chillies, courgettes, squashes, popping corn, leeks, sunflowers, rudbeckia and larkspur.  And today I sowed the first seeds into the soil itself.  French breakfast radishes.  It's time.
Posted by CJ at 21:49