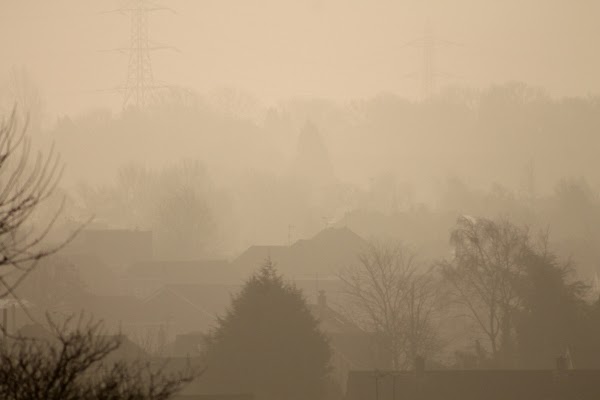 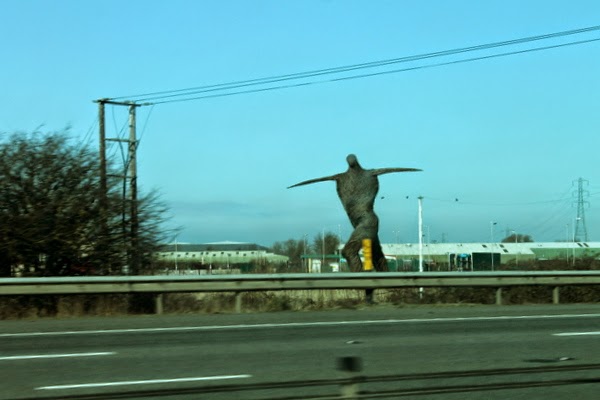 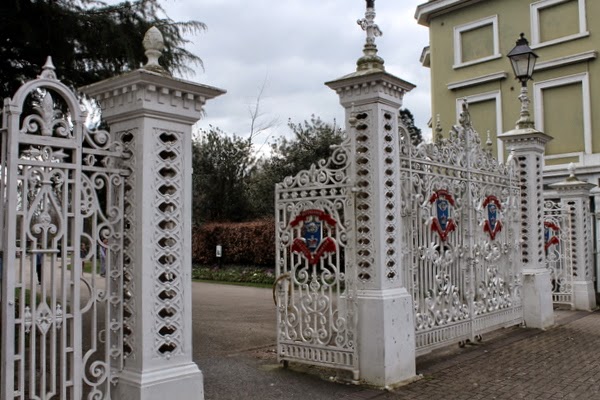 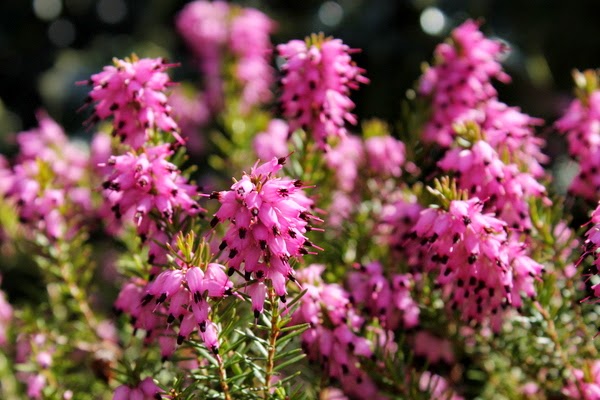 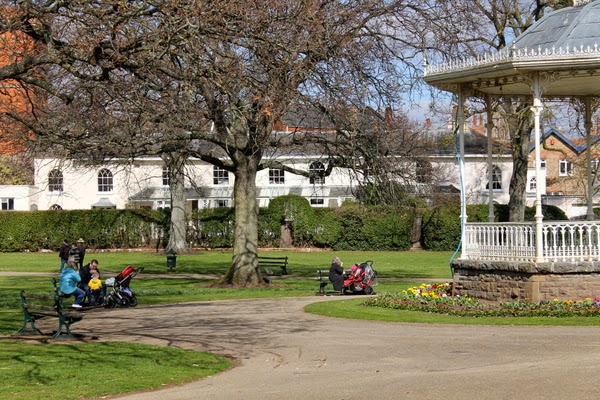 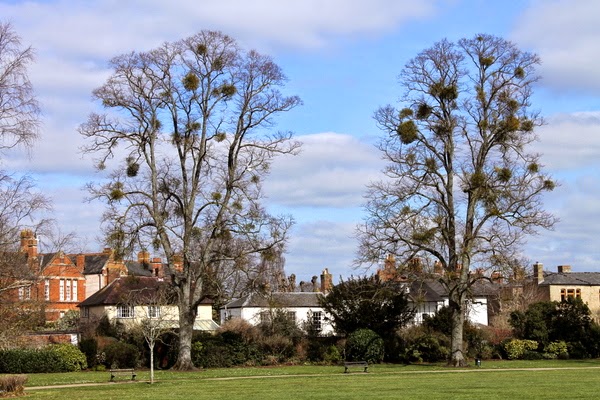 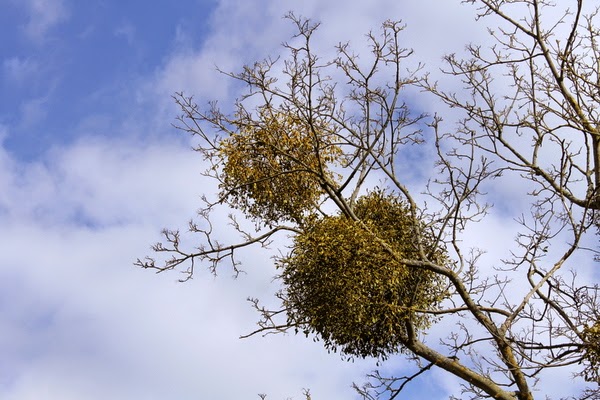 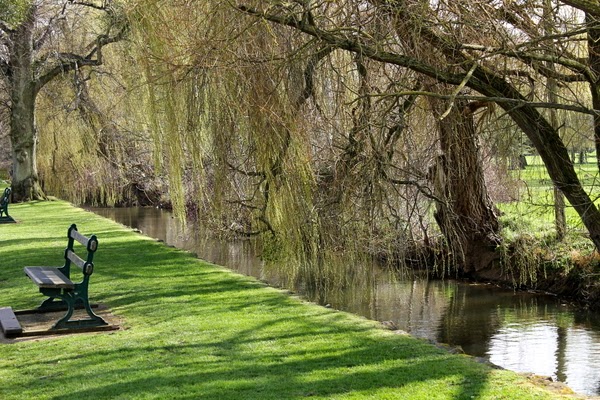 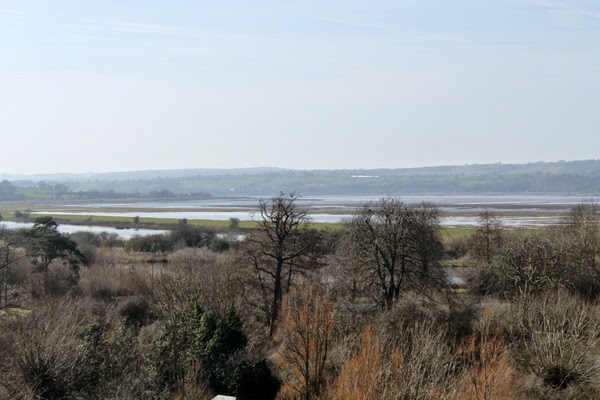 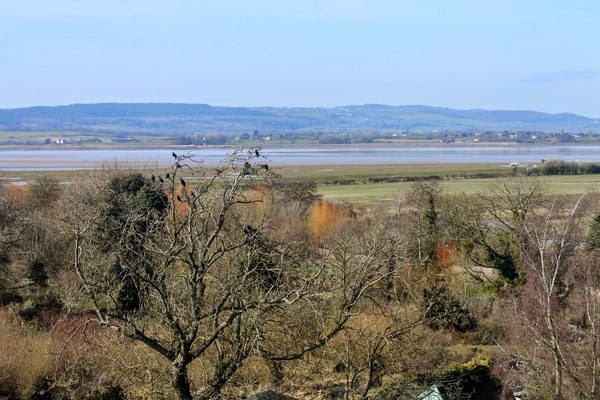 The second photo is a misty shot taken at the time of the eclipse on Friday.  I didn't quite know how to view it, not having any eclipse glasses, so I just watched the shadows and the dimming of the sunlight.  Two of the boys watched it at school, but the middle boy wasn't allowed to.  I was a bit annoyed about it, he would have so loved to have seen it, he'd been reading his stargazing book all week.  It would have been a good memory to have.

Yesterday we headed down the motorway to Taunton for a music festival.  Not the Glastonbury kind, more the sort with groups of schoolchildren playing things and singing and in one or two memorable cases, dancing as well.  On the way we passed Willow Man, not to be confused with the Wicker Man, although he has been burnt to the ground on one occasion.

After a morning of sitting still listening quietly to music we took a picnic to lovely Vivary Park to let off some steam.  The weather was glorious, and the ice-cream man was out.  The park has a very English feel to it, with a bandstand, some lovely houses round the edge, a stream and plenty of paths for promenading.  There's a little golf course beyond the stream that adds to the green views.

Today was a football free day.  I spent an hour at a birthday party with dozens of hyped up six and seven year olds.  Then we went to the wildfowl and wetlands place after lunch.  There was another bore this weekend - the wave that runs up the river as the sea water from a very high tide is funnelled along the channel.  You can see the resultant water on the flood plain in the penultimate picture.  Hopefully it will force lapwings and other ground nesting birds to find drier sites away from the flood plain.  So if there should be more big tides their chicks will be safe.

The biggest boy went to look round the hides, and I took the other two to the play area.  The littlest boy shinned up the log climbing thing, and then fell off in dramatic style, scraping off a load of skin on the ropes on his way down, and landing horizontally.  Again.  I went to rescue him and brought him back to the bench I'd been sitting on. He was making quite a lot of noise, and what with the spectacular fall, everyone in the crowded play area was watching by this time.  I was facing him, trying to assess the damage (blood or chocolate round the face?), and to get down to his level I flopped down on the bench that I'd been on.   Imagine my surprise when the bench wasn't actually there any more and I flew backwards and hit the ground with an inelegant thump.  I leapt up in an instant and pretended to that it hadn't hurt at all.  The littlest boy was crying and laughing all at the same time.  Oh my, between us we are so clumsy and accident prone.  It turned out that the bench hadn't actually moved, it was fixed to the ground.  It must have been my faulty sense of direction.  Combined with the clumsy thing, well, let's just say it's never dull round here.
Posted by CJ at 22:00