Stick a fork in me

I'm done.  The biggest boys had scout/cub camp this weekend, from Friday evening, so the littlest boy had two whole parents to himself for an entire day.  We asked him what he wanted to do, and he said "Go on holiday".  So after lunch we headed to the seaside.  We did mention that the weather wasn't brilliant, and perhaps we should do something else, but his heart was set on sand.

Well, sand there was, and plenty of it.  Much of it was blowing horizontally at about sixty miles an hour.  We marched gamely to the beach and trotted briskly along it.  Even the donkeys had their eyes squeezed shut and their ears flapped back flat.  It was like a scene from Lawrence of Arabia.  The littlest boy seemed completely oblivious to any discomfort and fairly thrilled to be king for a day.  (Yes, he is dressed as Superman again, the cape's under his jumper, Superman wears it like that sometimes when it's a bit chilly.  It doesn't diminish his superpowers you understand.) 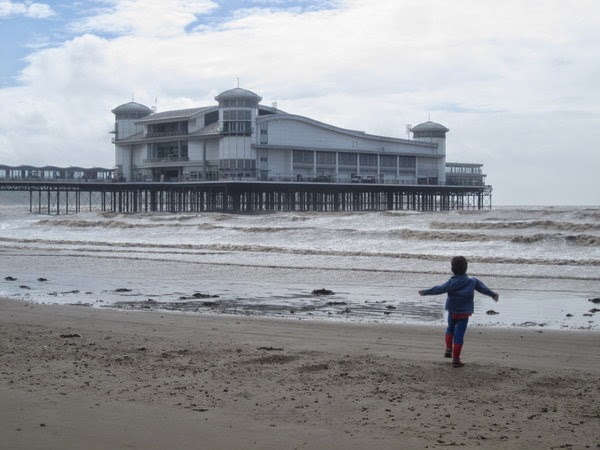 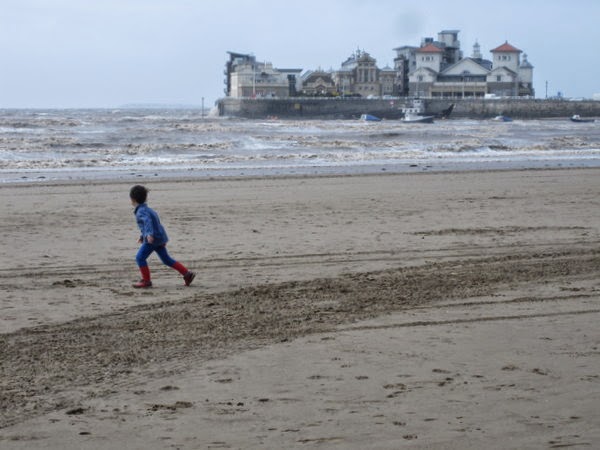 There's not much colour in the photos because the wind had sucked all of the colour of the landscape.  I had sunglasses on because I've got contact lenses, and contact lenses and sand are not a good mix.  And I also had my eyes squeezed almost shut.  The sunglasses had a film of sea spray and sand on them so I couldn't really see much at all.  And I couldn't hold the camera steady either.  Mostly I was just concentrating on standing up.

We looked at the pier, but you have to pay to go on these days, so we just looked from the end. 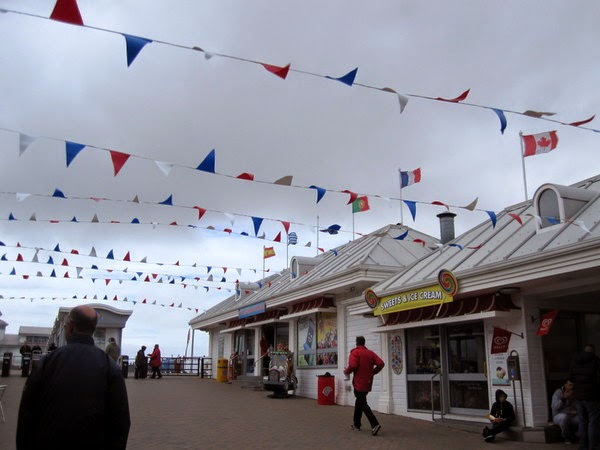 We bought the littlest boy an ice-cream and wandered into the town for a bit out of the wind.  He was happy to find a fantastic Lego-filled shop with glass cases full of minifigures to press his nose against. 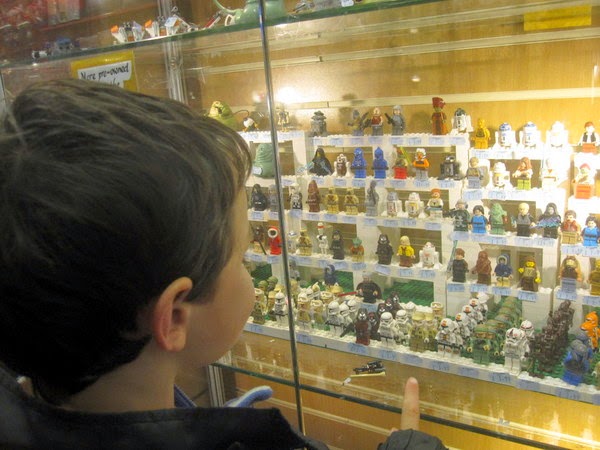 Some of them are astonishingly expensive.  I treated him to a couple of second-hand ones for 99p each, which he loved.

We bought some chips and ate them on a bench near the sea.  We fed the pigeons and seagulls and a tiny little sparrow.  When we asked the littlest boy what he wanted to do for the last hour he chose to go back to the beach.  The wind was stronger than ever, so we had fun leaning back in it.  In fact despite of everything we did have a huge amount of fun.  We even saw a shark, the dorsal fin was bobbing about in the waves.  The littlest boy was utterly thrilled.  At certain times it had a slight look of a traffic cone to it, but of course we know without a doubt that it was a shark.  And the best bit was that we could tell the big boys when they came home that we'd seen a shark and they would of course be amazed and breathtaken. 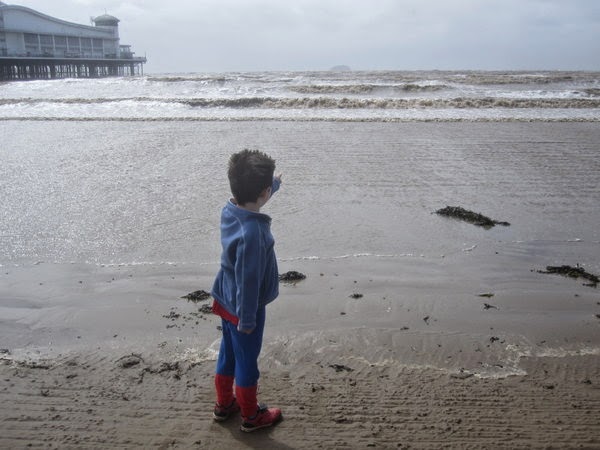 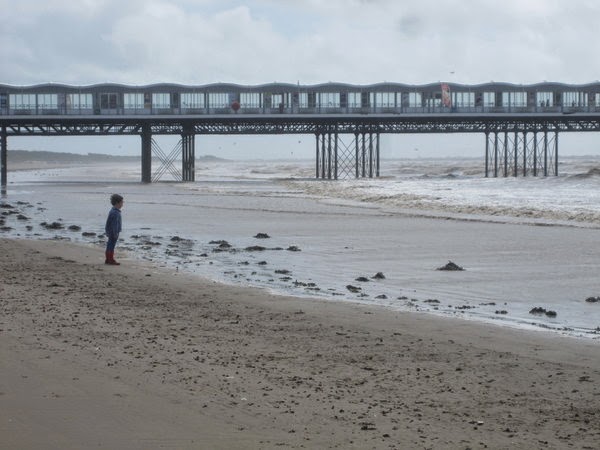 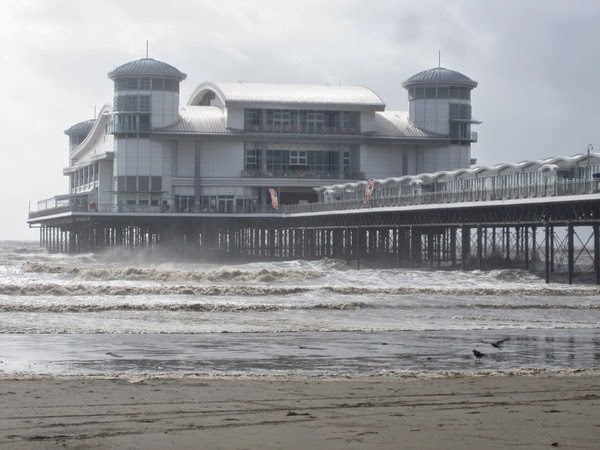 On the way back to the car we had to walk into the wind.  The littlest boy battled bravely along, but I felt sorry for him down at sandstorm level so I ended up giving him a piggy back.  We'd parked an astonishingly long way away, and it honestly felt like the Marathon des Sables staggering back.  I can't tell you what utter bliss it was to get into the car and shut the door.  We were covered in salt and sand, and I had red stinging cheeks, gritty eyes and dreadlocks.  The littlest boy was happy as a clam.  I do love holidays, especially the memorable ones. 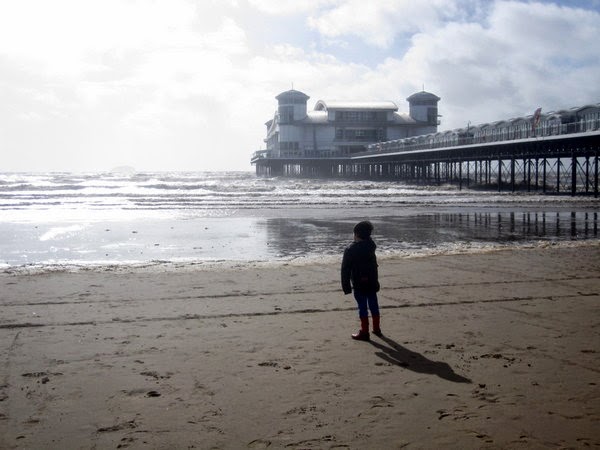 On the way home we collected the biggest boy from camp as he had a football tournament today.  There was only really time for showers and baths and bed, and breakfast, before we were off out again.  More wind.  A smattering of rain.  Football.  Defeat and victory snatched from the jaws of defeat.  High drama and smoky bacon flavour crisps.  A ten minute lunch at home for me, and then back out into the wind to do a stint cooking on the barbecue at the football tournament (it was our local town's tournament, just down the road from us).  Burgers flipped with a casual expertise that belied the fact that I've never barbecued anything before.  I didn't burn any or drop any or set fire to myself in the wind, so pretty much a triumph really.  And finally home.  The middle boy was back shortly afterwards with bags of things covered in mud, which made a lovely change from the sand.  Apparently he had been underwater.  In all of his clothes.

The biggest boy has a trophy so he's happy.  The middle boy is too exhausted to be happy, but no doubt after he's had some sleep he'll be feeling it.  And the littlest boy channels happy all the live long day, especially so when he is in possession of two new (to him) Lego minifigures.  Oh life is good, it really is.
Posted by CJ at 21:09